‘You cannot stay here alone,’ said Jack; ‘I will remain with you.’
‘You must rejoin your men. Leave me. Your way is to the mouth of the Axe, and mine—I will go along the beach till I reach the path to the station—no, I dare not go that way. Some of the angry and disappointed men might meet and question me—Why out at night? I would confess nothing, but they might suspect something and search along the shore and find this rent. I will climb up by the way I came down, and get home as fast as may be, after I have got the kegs rolled into the cave and concealed.’
‘I do not like to desert you here at this hour.’
‘Time with you is precious. With me it is only a matter of concern to relieve my mother’s anxiety and alarm should she chance to wake and miss me.’
The young man laid his hands on the girl’s shoulders.
‘Winefred, I shall never forget what you have done for me to-night. I cannot find words in which to thank you, but my heart is full.’
‘Well, go.’
‘Good-night, Winefred. Henceforth we are no mere strangers, but friends.’
‘Yes, till we quarrel.’
‘For that there must be an occasion.’
Then he started.
She listened as his feet displaced the pebbles on the strand. She listened till the roar of the inrolling tide drowned his steps. Then she went back into the chasm.
The lantern still threw a sickly light on the white wall opposite.
She had to pick her way among the kegs that encumbered the floor, and lift or roll them up a heap of soil before the mouth of[86] the cave. The barrels were happily small. A tubman carried a pair of them, one slung at his back and the other in front of him. They were heaped up where they had lodged on their descent. The loops of rope attached to each, and inseparable from such run tubs, loops furnished by the dealers in France who consigned the spirits to the smugglers—these greatly facilitated the transfer.
Winefred got several into the cave, where they now encroached on the entrance. The girl entered and busied herself with arranging them along the side.
Then she left the natural improvised cellar, and recommenced rolling and hauling the casks. The cave, as she observed, had been severed in half; a portion of it certainly penetrated through the portion of the cliff that had split away from the main bulk. She looked and saw the crown of the arch just showing above the floor on the farther side of the chasm, at a considerably lower level, thus proving that the separated bulk had sunk in splitting off.
She examined the small opening that showed, that she might see if it were feasible to stow any of the tubs there, and so obviate the labour of rolling or carrying them uphill. She threw in a stone, and it fell, rolling over, indicating that the floor of this portion of the cavern was tilted at a steep incline.
Satisfied that it would not do for her to attempt to force any of the tubs in there, she resumed her toil of carrying them to the upper cavern. She worked on diligently, but the work was trying, and she became exhausted and hot. Then she seated herself and wiped her face with her sleeve.
The smell of the spirits pervaded the air and made her giddy.
As soon as she had recovered her breath she rose, and, finding the entrance again encumbered, she again went within to roll the casks against the sides. That she might see where to place them she planted the lantern in the middle. She counted the kegs. She had ranged more than half the entire number, but she doubted whether she would have strength to store all. Moreover, she was becoming anxious to go home lest her mother should discover her absence. Not only was this so because of the alarm into which Mrs. Marley would be thrown by her disappearance, but also because, should she miss her, she would assuredly rush forth and rouse the neighbourhood to search for her, and this, under the circumstances, might lead to detection of her part in the rescue. 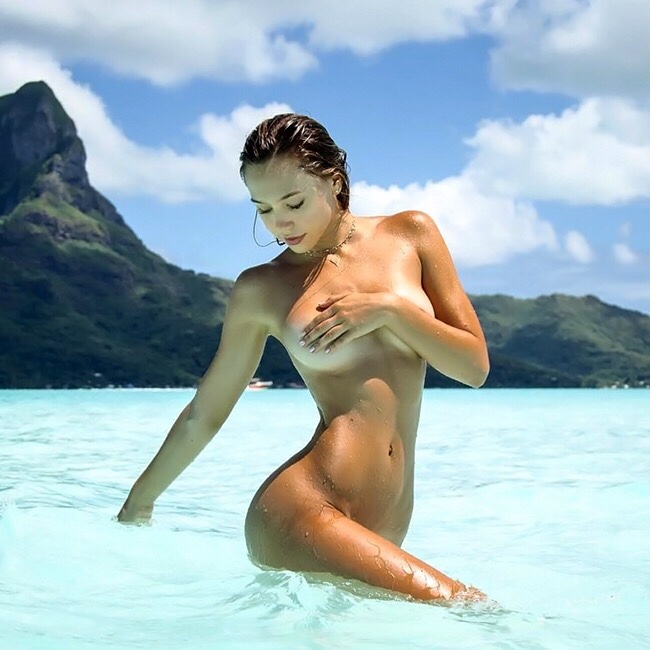 Stirred by this thought, she took up the lantern to resume[87] her task, when—with a rush and a rattle—down came a mass of chalk-rubble and soil from above.
Happily the fall took place without the cave in the chasm, so that none of it touched Winefred. She was, however, frightened. She stood holding the lantern, breathless, expectant of more, waiting till the cataract should cease.
Considerably alarmed though she was, she did not at the moment suppose that her position was endangered. She congratulated herself that she was under cover when the avalanche occurred. Had she been outside the cave she would have been struck down and buried by the fallen masses.
Owing to the feeble light diffused by the candle through the horn sides, she was unable to see far and discover the extent of the fall. It was some minutes before she ventured to approach the entrance. There were stones on the floor that had not been there before, and she was able to distinguish a bank of earth where had been the cave door. Moreover, a strong smell of brandy, far stronger than before, pervaded the air.
Dread came over her, like a cold wave rolling down on and enveloping her—a dread lest the mouth might be choked. It was an imperious necessity for her at once to ascertain whether there remained any way of escape.
She threw open the door of the lantern to afford more light, and then she saw that a mass of rubble mounting to the summit encumbered the entrance, and apparently completely choked it.
Winefred found that she must climb this; she did so, tearing and rolling down the pieces of chalk and marl and sand before her.
She thrust the lantern before her, to see if any glimmer shot through and reflected itself against the farther wall of the cleft. She looked to see if any indraught caused the flame to waver.
The earth and stone were heaped dense to the very summit, and to what a depth above the mouth of the cave without it was impossible for her to conjecture.
To add to her terror and bewilderment, the fumes of the spirits became stronger and more pungent, stupefying her brain. The stones in falling had stove in some of the barrels, and their contents oozed forth.
Winefred’s heart stood still for a moment as she realised the full meaning of her situation.
Then she staggered down the heap and retreated to the farthest recess of the cave, set the lantern before her, looked into the light, and for a moment became the prey of despair.
[88]
But Winefred was young, energetic, and brave. She studied the candle.
How long would that last? How long would it be before day broke?
But when daylight came, none would penetrate into this vault where she was interred alive. Yet, possibly there might be some rift, some eyelet-hole through which it might enter and reveal a way of escape.
What was the time?
She put her hand to her belt for the watch that had been given her. It was not there. She had not brought it with her.
She left the lantern where it was and went again to the entrance, and worked with hands and feet to roll down and tear through the dead mass of rubble. She worked on till she was blinded with sweat and tears, till her head whirled, till her powers were failing, and then she reeled back to the depths of the cave to see the wick of the candle fallen over and burn uncertainly in the melted grease.
She put her hand to it.
It went out.
Then she threw herself forward on her hands, gasping, her pulse leaping, her brain swimming.
‘I am buried alive!’ she cried. ‘Oh, mother! what will she think? What will she do?’ Her hands gave way, she fell on her face, and consciousness deserted her.