Though the war occupied her supreme attention, it must not be supposed
that New Zealand stood still. The plucky little daughter of Great
Britain kept her eyes open and, though her hands were reasonably full
of swords and guns, found other work for them to do. June, 1866, saw
the commencement of a mail service to Panama, which vastly accelerated
communication with the northern hemisphere; and, before August was out,
the Government had laid a submarine cable across Cook Strait, bringing
the extreme north of the North Island and the extreme south of the
Middle Island within a few minutes of one another.

In October, 1867, the Board of Revenue rejoiced at the passing of an
Act imposing stamp duties; the scholarly and aesthetic were gladdened
by another Act which provided for an institute for the promotion
of Science and Art in the colony; and, lastly, the Maori were
rendered happy by an Act which, while it showed great wisdom, proved
conclusively the desire of the British Pakeha to deal in most generous
spirit with their native fellow-subjects. This Act provided for the
division of the colony into four Maori electorates, and the admission
of four Maori members to the House of Representatives. When it is
remembered that a large number of the native population were at the
very moment in arms against the State, the lavish generosity of this
measure must excite profound admiration.

The intellectual and high-minded Maori were quick to learn, and as
quick to put in practice the knowledge they acquired. From the first,
although they quarrelled with them, they admired the Pakeha and
recognised their superiority. Indeed, but for their ruling passion,
they would probably have much earlier amalgamated with the whites.
This, as we have seen, was their attachment to their land, which they
regarded as sacrosanct and inalienable; and from this Naboth-like
devotion sprang much of the trouble between them and the Pakeha.

The theatre of war having shifted again to the west coast, General
Chute took command on the retirement of General Cameron. There was
nothing of Fabius in General Chute, who was accustomed to follow up as
speedily as possible whatever advantage he might gain. _Quot homines,
tot sententiae_; so many men, so many ways of doing things; and it is
just as well. Had General Chute commanded from the first, the war might
have been sooner over; but there would never have arisen the need for
the colonists to take their own part, and they must have been much
longer in learning their good qualities of strength and self-reliance.

Throughout January, 1866, General Chute with his regulars, colonials
and the Maori contingent punished the Hauhau, who had learned by
painful experience that they were not invulnerable. He beat them at
Okotuku, and chased them out of Putahi, where Major McDonnell was so
severely wounded in the foot as to be rendered unfit for active work
during the remainder of the campaign. Yet, so indispensable was the
Major because of his immense influence with the Maori, that, despite
his suffering, he remained with the force lest, finding him absent, his
men should march off home until their leader was able to rejoin them.

Notwithstanding the experiences of others in the not very remote
past, General Chute determined to assault the well-garrisoned _pa_
of Otapawa, and on the 12th of January the Armstrong gun roared a
challenge to the Hauhau. Grimly silent, the defenders kept so strictly
to cover, that General Chute, half-inclined to believe that they had
escaped, thought it unnecessary to wait until the Native Contingent
and volunteers (_kupapa_) had worked completely round to the rear. So
he ordered Colonel Butler and his “Die Hards” (57th), supported by the
14th, to storm the stockade.

He had barely finished speaking when he received a practical hint that
the _pa_ was not empty; for a bullet carried away one of the buttons of
his tunic. “Aha! The beggars seem to have found me out,” General Chute
coolly observed. “Go on, Colonel Butler.”

Colonel Butler went on, Lieutenant-Colonel Hassard beside him, and the
“Die Hards” close behind them. The Hauhau had removed every vestige of
cover from the front of the _pa_–which fact alone should have warned
the General that the place was occupied, and by a skilful foe–and,
as the 57th came on, they were greeted with a volley from the covered
rifle-pits which staggered them, veterans of Sebastopol though they
were.

“Come on, Die Hards!” shouted Colonel Butler, and the gallant fellows
charged over the glacis, dropping fast and losing Colonel Hassard on
the way. Enraged, the men tore down the palisades with their bare hands
and drove the enemy helter-skelter out at the rear of the _pa_ into the
clutch of Von Tempsky and his Forest Rangers. Thirty-two of the Hauhau
fell, while General Chute lost a colonel and eleven men, not to speak
of twenty wounded. A little patience, siege instead of assault, and the
stronghold might have been reduced without loss. As it is, the action
is memorable as being the only occasion during these wars upon which a
well-defended _pa_ was ever taken by assault.

Whereas General Cameron would never go near the bush, General Chute now
determined to march through it a distance of sixty miles to Taranaki,
and sweep the enemy out of his path. But General Cameron despised the
native levies, while General Chute realised their value, particularly
when led by such a man as Major McDonnell, and it cannot be gainsaid
that their presence greatly contributed to the success of the bush
march.

But for McDonnell and another, General Chute must either have chosen
another route, or have marched without the Native Contingent, for the
Maori, men of the Whanganui district, decided not to go to Taranaki,
alleging that “it was too far from home!” Nor would they have yielded
either to advice or persuasion, but for the timely arrival in camp
of Major McDonnell and Dr. Featherston, the Superintendent of the
Wellington Province, who, like the major, exercised unbounded influence
over the Maori, and particularly over the men of Whanganui. 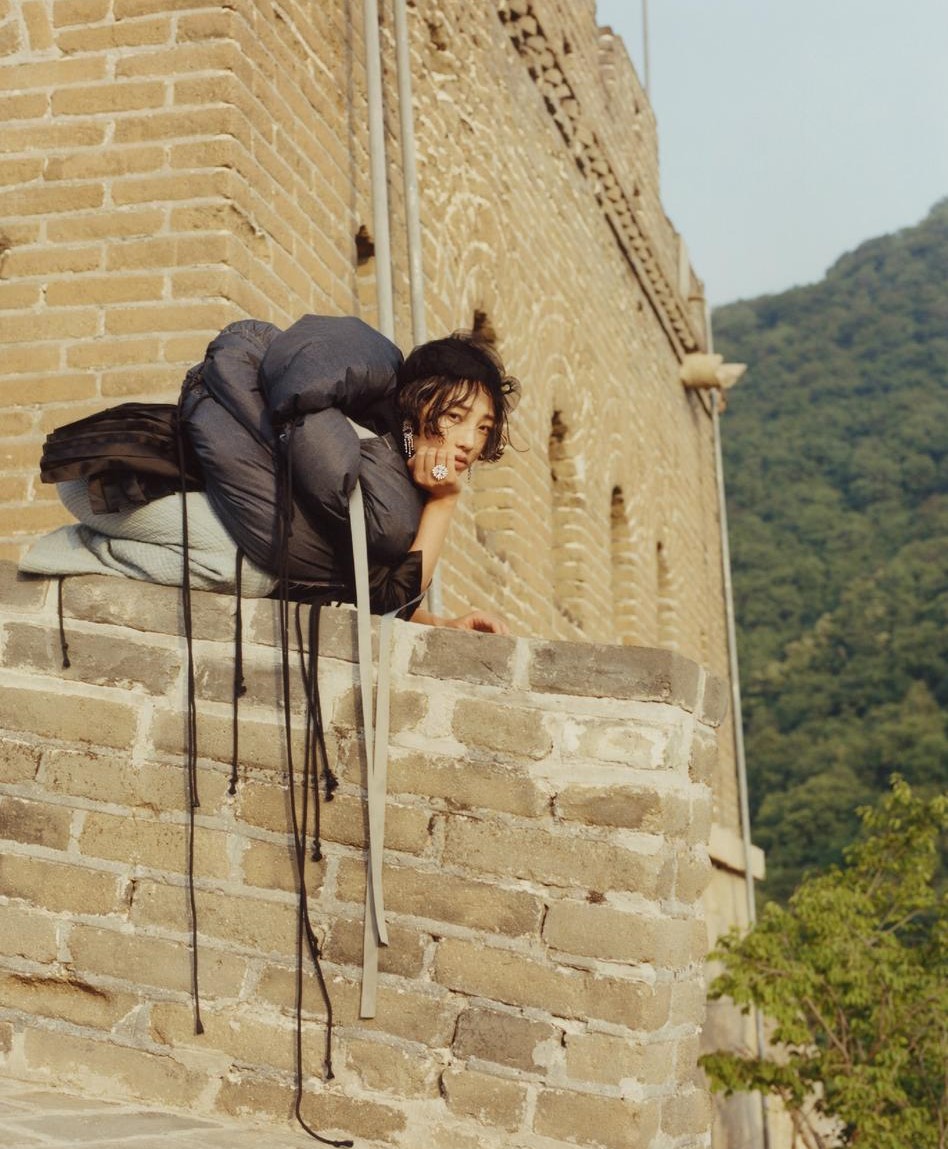 These two, upon whom the fortunes of the Colony more than once
depended, summoned to their tent the aged paramount chief, Hori Kingi
Te Anaua, and bluntly asked him whether the friendship which had for
years existed between him and Dr. Featherston was to be broken. The
old man looked for a long time in silence at his questioners, and then
left the tent without a word. His voice presently reached them as he
addressed the crowd of Maori thronging there to learn the result of the
interview:–

“Listen, you who have refused to march with the Pakeha. This is my word
to you. I will go with them, though I go alone. But hearken! If you
desert me and them, never more will I dwell with you in Whanganui. I
have spoken!”

There was a moment of silence, and then the words of the old lion-heart
prevailed and yells of “_Kapai! Kapai!_” were blent with shouts of “We
will go! We will go!” The situation was saved; General Chute marched
through the bush in nine days (January 17th to 25th) skirmishing as
he went, reached Taranaki, and the campaign came to an end. With it
practically ended the employment of the regular forces in New Zealand,
as far as active service went.

How valuable was the aid which the friendly Maori gave is illustrated
by the following incident, related by Lieutenant Gudgeon in his
reminiscences.

At the close of General Chute’s operations a detachment of the Native
Contingent stationed at Pipiriki, a most picturesque spot on the upper
Whanganui, made themselves so agreeable to the rebels, that the Hauhau
chief, Pehi Turoa, invited the friendlies to meet him at Mangaio and
discuss the situation. Some four hundred accepted the invitation and,
led by their chief, Mete Kingi, went up-stream in their beautiful
canoes to the conference.

As they neared the rebel _pa_, Mete Kingi said characteristically,
“Once these men were Whanganui like ourselves, and then they were
good; but no faith can now be placed in them. For who would trust the
word of a Hauhau? You know, my children, it is Maori etiquette to show
confidence in your hosts; therefore, fire off your guns, that they may
see our faith in them; but load them as quickly and quietly as you can,
in case they mean us harm.”

So said, so done. The Whanganui discharged their guns with deafening
clatter and, before they landed, unobtrusively reloaded them. There
was fortunately no breach of faith, and the upshot of the conference
was that the contracting parties swore to maintain an eternal peace on
the Whanganui river, but reserved the right to fight in any other part
of New Zealand. Thus, entirely in their own manner, did the friendly
Whanganui bring peace to an important district, long convulsed with war.

McDonnell, now colonel, continued operations on the west coast,
particularly against the Nga-Ruahini, one of whose chiefs, Titokowaru,
then and afterwards gave much trouble. The colonel was very successful,
and the Hauhau learned that his methods were not those of the military,
for he employed their own tricks against them. One of their captured
chiefs grumblingly said to him, “We thought that we were fighting a
man; but we find that he is a rat, who moves only by night.” “Nay, O
Toi, you thought that you were fighting soldiers,” returned McDonnell,
probably with unintentional sarcasm, “whereas you find that we are
Pakeha Maori.”

The war swung round to the east, and the Province of Hawke’s Bay,
hitherto almost immune from “alarms and excursions,” found itself in
the thick of it. The Ngati-Hineuru and other tribes had joined the new
sect; but, when they broke out, the Superintendent, Sir Donald McLean,
was ready for them. With the help of Colonel Whitmore, Major Fraser and
Captain Gordon with his volunteer cavalry, he stamped out the spreading
flame, and Hawke’s Bay once more grew calm after its brief flurry.

The year 1867 was for some reason styled by the Hauhau “the Year of the
Lamb,” that is, of peace, and, save for a skirmish or two, and some
fell murders here and there in true Hauhau style, they remained quiet
They were terrible folk, and their behaviour differed unpleasantly from
that of the ordinary Maori in time of war; but some of them had not
altogether lost that simplicity which, despite their intelligence, is
characteristic of the race.

For instance, having declared the year to be one of peace, they failed
to understand why their confiscated lands should not be restored to
them. Some, too, observing that the friendly Maori were rewarded with
pensions and land, complained that they were omitted, when they also
had fought (against the Pakeha!) much as a child grumbles because
he does not receive a prize for his misdirected efforts. One Hauhau
gentleman did actually apply to the Commissioner for a pension, and
was mortally offended when the great man dismissed him in terms more
forcible than polite.

The hopes raised by all this talk of peace were falsified, not only
by the activity of Titokowaru and his Nga-Ruahini, but by the sudden
and quite unexpected appearance of a man who was destined to set the
country ablaze, and to incur the bitter execration of thousands in the
war-worn North Island.