During 1866 the New Zealand Government had deported a batch of
political prisoners to the Chatham Islands. Amongst them was one Te
Kooti, whose offence was said to be that, while ostensibly in alliance
with the Pakeha, he had acted as a spy for the Hauhau. Te Kooti then
and ever afterwards denied this charge, averring that he was at the
time mentioned one hundred miles away from either belligerent. This
denial has never been accepted, and most people frankly regret that Te
Kooti was not hanged out of hand. This would certainly have prevented
many hideous outrages; but to punish in anticipation of proof, however
satisfactory, is not yet the Briton’s way. So Te Kooti was deported to
Chatham Island, there to eat out his heart in longing for the day when
he should be able to repay the Pakeha an hundredfold for the insults
and injustice (according to him) which had been inflicted upon him.

Te Kooti was a clever man, and his wits had been sharpened by much
intercourse with the whites, so it was natural that he should scheme
and plan ways of escape from a hateful bondage, and means to deal a
return blow to the detested Pakeha.

He found and seized his opportunity when the schooner _Rifleman_
visited the island with stores; for he engineered a mutiny,
out-generalled Captain Thomas, R.N., the Governor, seized the schooner
and sailed on the 4th of July, 1868, for New Zealand. To obviate
pursuit he set adrift a ketch, the only vessel the authorities owned,
and with consummate cleverness spared the lives of the crew of the
schooner on condition that they navigated her to Poverty Bay. The
voyage passed without incident, save that Te Kooti strove, during a
spell of contrary weather, to propitiate the wind-god by the sacrifice
of his aged uncle, whom he callously cast overboard.

On the 10th of July the _Rifleman_ arrived at Whareongaonga, a point
some fifteen miles south of Poverty Bay, and here the prisoners
disembarked and, after looting the vessel of her cargo, arms and
ammunition, set free the crew. The successful plotter then struck
inland, marching, so he said, upon Waikato, there to dethrone the king,
with whose conduct he professed himself dissatisfied.

News of his arrival had spread, and a mixed company of whites and
friendlies under Captain Westrupp set off in chase of him, encountering
him on the 20th at Paparatu. After a fight lasting all day, Te Kooti
surrounded his opponents and forced them to retire with the loss of
their horses, baggage and ammunition, while their casualties were two
killed and ten wounded.

Colonel Whitmore at once organised the pursuit, but it was the 8th of
August before he came up with Te Kooti, to whose standard more Hauhau
had flocked, and who had chosen a strong position in the gorge of the
Ruake Ture river, about twenty miles due west of Poverty Bay.

Colonel Whitmore had only one hundred and thirty tired and not
too contented men with whom to do battle against over two hundred
well-armed warriors; but his courage took no more heed of this than it
had taken of the difficulties of the pursuit, which had been through
country the nature of which it is hard for the untravelled Briton to
imagine.

When the column struck Te Kooti’s last camp, where the fires were still
burning, the track led thence along the bed of the river between high
cliffs, which were fortunately not occupied by the foe. Heartened by
the knowledge that they were at last to come to grips with the wily
fellows they had held in dreary chase for nearly three weeks, the
column went cheerfully forward, and in time came where the track left
the river and climbed through a gap in the cliffs into the hills. There
the advance was suddenly checked by a volley which had no worse effect
than to send the men scurrying to cover, whence they replied to the
concealed enemy, who were nearer than they supposed.

Each side fired as the chance came. Some one fell back dead and the
nearest man to him shouted down the line, “Captain Carr’s gone,” and
himself fell dead. Mr. Canning, a volunteer, had dodged behind the
trunk of a fallen tree and, anxious for opportunity, peeped cautiously
over the great bole, seeking a target. He was instantly shot dead by
some Hauhau who were lurking, quite unsuspected, on the other side of
the tree. Two other men fell, and then the advanced guard retired on
the main body, who had meantime been deserted by a number of lukewarm
Maori volunteers, while some of the Pakeha were themselves in retreat.
To make matters worse it poured with rain, and it was but a remnant of
the column which that night reached the bivouac at Reinga, some miles
down the river. It was well for them that Te Kooti, wounded in the
foot, could not pursue.

The victorious Hauhau encamped at Puketapu, hard by the scene of the
fight, and thence sent his runners all over the island, calling on the
tribes to join him, and announcing himself the chosen of God to sweep
the Pakeha into the sea. The worst of it was, the road to Poverty Bay
was now practically open to the Hauhau chief, who was already breathing
out threatenings and slaughter against the people there, some of whom
had been chiefly instrumental in procuring his deportation to Chatham
Island. 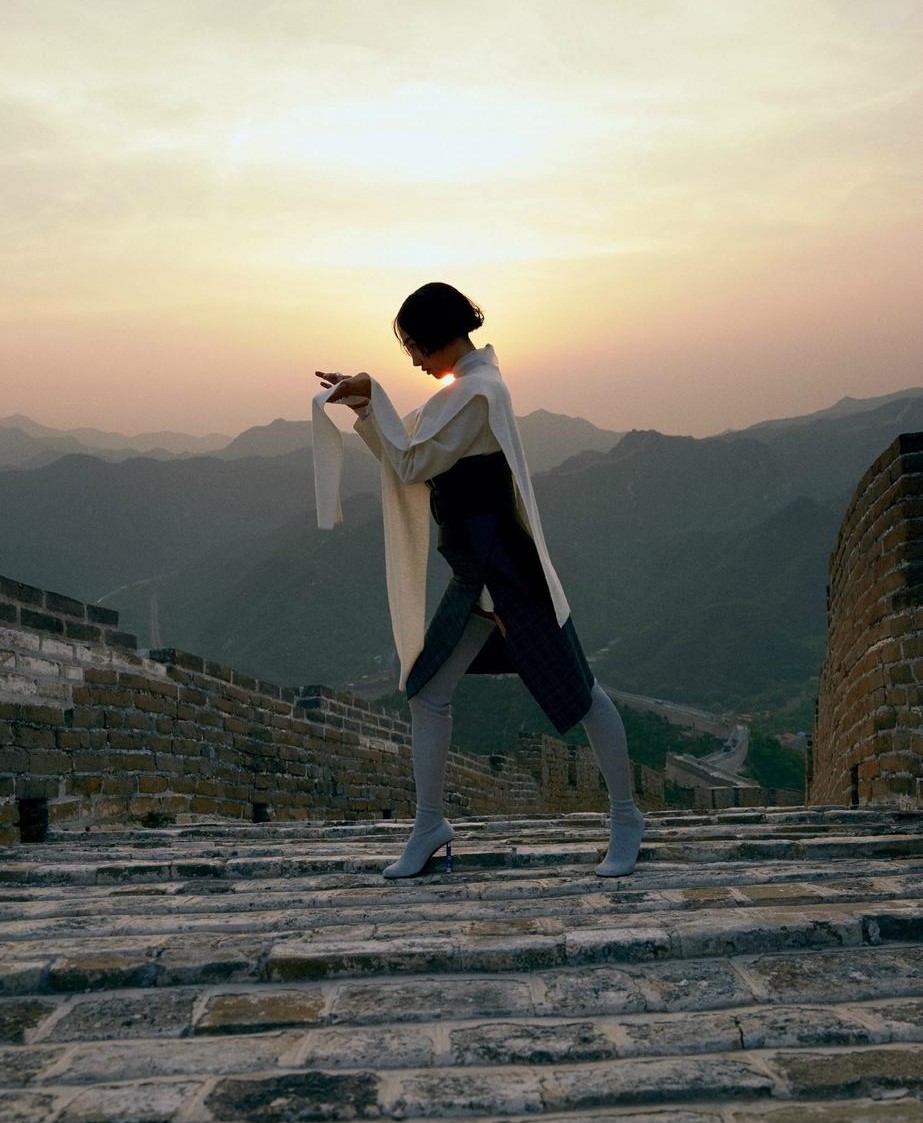 It was no _brutum fulmen_ that Te Kooti launched against the
settlement, though, strange to say, both Major Biggs, in charge there,
and other leading men, imperfectly realised the imminence of their
danger. Biggs even dissuaded the settlers from building a strong
blockhouse for a rendezvous, assuring them that there was no reason
for alarm, since his scouts would surely give him twenty-four hours’
notice of any projected attack. He actually laughed at them for their
vigilance in watching the various fords of the Waipoa river and, as
the Anglo-Saxon is extremely sensitive to ridicule, this very sensible
precaution was dropped. The ford to which they had given particular
attention was that at Patutahi, and there it was where Te Kooti
presently crossed the stream.

Te Kooti, who maintained an iron discipline in camp and field, had by
this time received numbers of recruits from the fierce Uriwera and
other tribes in the locality, as well as promises of support from some
at a distance. Leaving his main body in camp, he now swept down upon
the plains with a chosen band of ruffians, and before the 10th of
November had well begun, scattered his rascals in various directions
over the settlement of Turanga, or Poverty Bay.

Mr. Butters, a wool-presser, rode up at dawn to the station of Messrs.
Dodd and Peppard, where he was engaged to work, and to his horror found
the two men dead upon their own threshold, while the shepherd had
disappeared–he, too, had been killed.

“The raid is come. Te Kooti is upon us!” thought Mr. Butters and,
instead of hurrying out of the district into safety, he went at racing
speed to the mission at Waerenga-a-hika, warned the inmates, and then
galloped from station to station, bearing his terrible news. He was
riding all the time through the very midst of the scattered Hauhau,
carrying his life in his hand and, had he worn a uniform, must have
gained the cross “For Valour.” As it was, he had for reward the
consciousness of a good deed well done, and the knowledge that he
had saved some lives by risking his own.

Some few he found alert and forearmed; others he advised in time, and
some he was too late to help, as when, on riding up to one homestead,
he saw outside the door the bodies of the proprietor, his wife and
their baby. Knowing that here he could do no good, Butters thundered
past the desolated hearth with averted face.

The Hauhau had already occupied Major Biggs’s place as Butters drew
near, and were dancing and yelling like fiends incarnate. The would-be
saviour galloped on, sadly thinking, no doubt, that, if the poor major
had consented to be wise in time, all this trouble might have been
averted. Biggs had indeed paid the heaviest price for his rashness, and
his last moments must have been embittered by the knowledge of the fate
of those whom he had actually dissuaded from timely action in their own
defence.

He met his end like a man. The natives’ account of his death–the only
one available–says that when the Hauhau knocked at his door he was
still up, writing. Recognising that the danger he had held so lightly
had come upon them, he called out to his wife to escape by the back,
which she refused to do. In a few seconds more, husband, wife, child
and servant lay dead, the only survivor being a hired boy, James, who
escaped and joined his mother, who, with her eight children, narrowly
managed to make her way to safety.

While all this horror was in progress in one direction the settlers
in another, near the Patutahi ford, were warned by one of their
number, who had lain awake from dawn listening to the distant firing,
the meaning of which he did not apprehend until himself warned by a
friendly Maori. It was here that the Hauhau had crossed the river,
but refrained from doing mischief, as their leader wished to keep the
murder of Mr. Wylie, one of the settlers there, as a sweet morsel for
the finish. For Wylie was the man principally concerned in Te Kooti’s
deportation, and the fierce Hauhau had vowed that he would cut the
Pakeha to pieces inch by inch, Chinese fashion. Their neighbour’s
warning saved Wylie and the rest, and they had gained safety before Te
Kooti could overtake them.

Benson, a settler who also did good service that day in warning others,
had himself the narrowest escape. As he rode home through the night,
before the murders had begun, he suddenly found himself in the very
midst of the Hauhau who had just crossed the ford. Supposing them to
be friendlies, he spoke a word of greeting and passed through them
on his way. Many a gun was pointed at him, and the savage fanatics
ground their teeth with rage at losing a victim; for they dared not
spoil their chance of a general massacre by the premature murder of a
solitary settler.

Captain Wilson, besieged within a burning house, surrendered to the
Hauhau on their promise that he and his should be spared. No sooner
were the unfortunates outside, than Captain Wilson was shot, his man
tomahawked and his wife and children bayoneted, save one little boy,
who crawled from his dying father’s arms and escaped into the scrub.
The poor little fellow wandered about for days and at last found
himself at the ruins of his home, where he discovered his mother,
sorely wounded, but alive, in an outhouse.

A week later, when the Hauhau had departed and burial parties were
searching for the dead, the two were found, the dying woman having been
kept in life by the efforts of her baby son, who had stolen out nightly
and foraged for food. Poor Mrs. Wilson was carried to Napier, where she
died, leaving the doubly-orphaned little boy the sole survivor of the
family.

Thus did Te Kooti revenge himself upon those whom he deemed the
cause of his banishment. But he had gone too far; for above the cry
of horror which went up all over the island when the dismal news of
the massacre[69] spread, was heard the stern oath of strong men, who
vowed they would not rest until they had cleared the earth of this
blood-soaked savage and his gang of murderers.