Phoebe turned first white and then red, consumed with shame at being
caught prying into the affairs of others. But the constable merely
nodded and sat down in a rocker, which thereafter he kept moving in a
regular, deliberate manner.

“That can’t be the Ritchie box, Sam,” she replied.

“The box–the other box–the one they found in Toby’s rubbish-heap–was
bent and battered out of shape, and the lock smashed. I saw it myself.”

“I–I was going to read one of the papers, while I waited, and
I–I–uncovered the box by accident.”

“It’s all right, little girl. No harm done. But can you tell me which
is the real Ritchie box–this or the other?”

“Is one an imitation, Sam?”

“Must be. Judge Ferguson only kept one Ritchie box in his cupboard.
Them boxes are kept in stock at the hardware store, an’ the judge
bought ’em when he needed ’em. They’re heavy sheet tin, over a steel
frame, an’ the locks are the best there is made. The boxes are all
black, when they’re new, but for some reason–p’raps so’s to tell it
easy–the judge had ’em painted different colors, with the names on
’em. The Ritchie box was blue. I s’pose, Phoebe, it wouldn’t be much of
a trick to buy a box, an’ paint it blue, an’ put ‘Ritchie’ on the end
of it; would it?”

He spoke lightly, but there was an anxiety underlying the lightness
that did not escape Phoebe’s notice.

“Which is the real Ritchie box, Sam?” she asked breathlessly.

“Where did you get this one?”

“I–can’t–tell–you. That’s my private business, an’ I’ll ask you not
to mention to a soul on earth that you’ve seen it.”

She looked at him with a puzzled expression. Then she asked:

“Sam, does Lawyer Kellogg buy those boxes at the hardware store?”

“So they tell me,” he replied, shifting uneasily in his chair.
“Kellogg’s got a few clients, you know, and he keeps his papers in a
good deal the same way as the judge did–only he’s got a big safe to
put the boxes in.”

“I suppose no one else in Riverdale ever buys such boxes?” she
continued.

She sat silent for a time.

“Sam, are they going to convict Toby of this crime?” she presently
asked.

“Looks like it, Phoebe. Looks confounded like it, to me, and I’ve had a
good deal of experience in such things.”

“I thought you were Toby’s friend.”

“What do you mean, Phoebe Daring?”

He looked at her steadily and not a muscle of his face changed
expression.

“I know it. And, unless you save Toby of your own accord, I’ll make you
go on the witness stand and confess the whole truth.”

“How can you do that–if I don’t know?” he asked slowly.

“You _do_ know. I’ll tell the judge at the trial how you were caught
twice in the hall before Judge Ferguson’s door–once looking through
the keyhole; I’ll tell how I found a blue Ritchie box hidden in your
home, and how you found another in Toby’s rubbish heap; and the judge
will make you explain things.”

The constable gave a low whistle; then he laughed, but not merrily;
next he rubbed his chin in a puzzled and thoughtful way while he
studied the young girl’s face.

“Phoebe,” said he, “I used to tote you on my back when you were a wee
baby. Your mother called me in to see you walk alone, for the first
time in your life–it was jus’ two steps, an’ then you tumbled. You
used to ride ’round the country with me in my buggy, when I had to
serve papers, and we’ve been chums an’ good friends ever since.”

“Am I a decent fellow, Phoebe? Am I as honest as most men, and as good
a friend as many?”

“I–I think so. I could always trust you, Sam. And so could my father,
and Judge Ferguson.”

“If that’s the case, why do you think I’d let my friend Toby Clark
serve a term in prison for a felony he didn’t commit, when I could save
him by tellin’ what I know?”

He sighed at her insistence. Then he said doggedly.

“Unless by telling I can save Toby.”

He reflected, his face very grave. 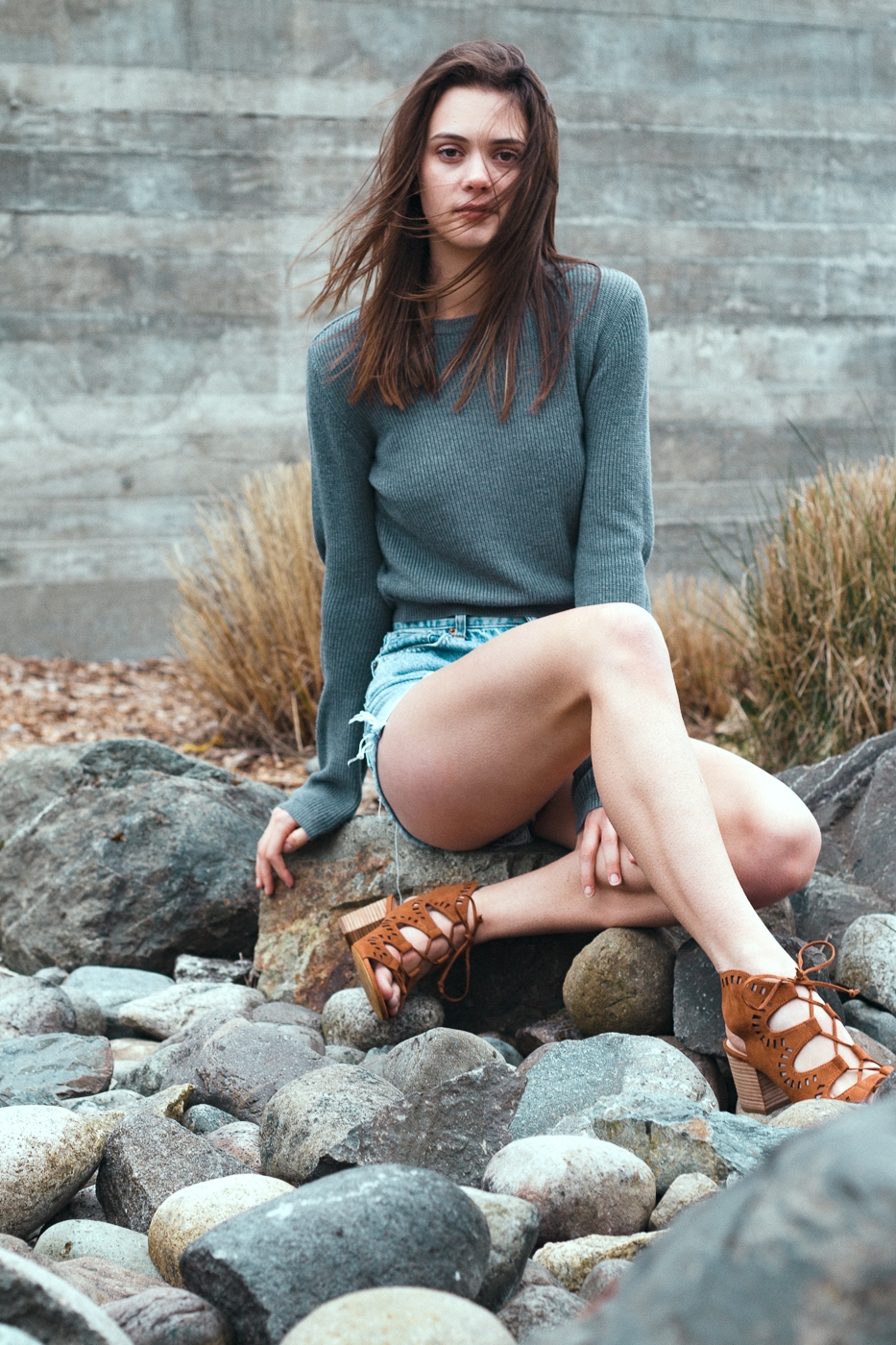 “No; you couldn’t save Toby by telling, for no power on earth can make
Sam Parsons speak when he’s determined to keep his mouth shut. It’s for
you I’m goin’ to speak now, an’ for no one else. I’d like to explain to
you, Phoebe, because we’re old friends, an’ we’re both fond of Toby.
It’ll be a sort of relief to me, too. But no judge could make me tell
this.”

He rocked to and fro a while before he began.

“It worries me, Phoebe, to think that you–a mere child–have found
out what I don’t want found out. If my secret is so loosely guarded,
it may not be a secret for long, and I can’t let others know all that
I know. The truth is, Phoebe, that I don’t know for certain sure who
took the box, not seein’ it taken with my own eyes; but I’ve a strong
suspicion, based on facts, as to who took it. In other words, I’ve made
up my mind, firmly, as to the thief, and for that reason I don’t want
any detective work done–any pryin’ into the secret–by you or anyone
else; for I mean to let Toby Clark take the punishment and serve his
term in prison for it.”

“And Toby as innocent as you or I.”

“But that’s a dreadful thing to do, Sam!”

“It is, Phoebe; it’s dreadful; but not so dreadful as telling the
truth. I’m only a plain man, my child, without education or what you
call ‘gloss’; I’m just a village constable, an’ likely to be that same
until I die. But I’ve got a heart, Phoebe, an’ I can feel for others.
That’s the only religion I know; to do to others as I’d like ’em to do
to me. So I figure it out this way: To bring the–the–person–who took
Mrs. Ritchie’s box to justice, to tell the whole world who the criminal
is, would bring grief an’ humiliation to some of the kindest and
truest hearts in all Riverdale. It would bow them with shame and ruin
their lives–not one, mind you, but several lives. It wouldn’t reform
the–the one–who did it, for the–the person–wouldn’t do such a thing
again; never! It was a case of sudden temptation and–a sudden fall.
Prison would wreck that life beyond redemption, as well as the lives of
the relations and–and friends, such as I’ve mentioned.

“On the other hand, evidence points to Toby Clark, and unless the
real–person–who took the box is discovered, Toby will be convicted on
that evidence. That’s the horror of the thing, Phoebe; but horror is
sure to follow crime, and a crime has been committed that some one must
suffer the penalty for. Who is Toby Clark? A poor boy without a single
relative in the world to be shamed by his fate. Friends, yes; a plenty;
you and I among ’em; but no friend so close that the prison taint
would cling to ’em; _not even a sweetheart has Toby_. So it’s Hobson’s
choice, seems to me. I’m dead sorry for the lad; but it’s better–far
better–an’ more Christianlike to let him suffer this fate alone, than
to condemn many others to suffering–people who have done no wrong, no
more ’n Toby has. He’s just one, an’ a boy; the others are–sev’ral,
and I consider it best to let Toby redeem ’em. That’s all, Phoebe. Now
you understand me, and I know you’ll stand by me and say I’m right.”

The girl had followed these arguments in wonder and perplexity. She
felt that Sam Parsons might be right, in a way, but rebelled against
the necessity of letting the innocent suffer.

“Yes; you do,” he contended. “You know ’em, but you don’t know who they
are. What diff’rence does that make?”

“My friends and relations are all responsible for me, in a way, and
I am responsible to them,” said Phoebe reflectively. “One thing that
would keep me from willfully doing wrong is the knowledge that I would
grieve others–those near and dear to me.”

“To be sure!” replied Sam, rubbing his hands together; “you’re arguin’
on my side now, Phoebe. S’pose in a moment of weakness you yielded
to temptation? We’re all so blamed human that we can’t be sure of
ourselves. S’pose you had a hankerin’ for that money of Mrs. Ritchie’s,
an’ s’pose on a sudden you got a chance to take it–an’ took it before
you thought? Well; there you are. Prison for you; shame and humiliation
for all that are dear to you. Eh? Toby Clark? Well, it’s too bad, but
it won’t hurt Toby so very much. He couldn’t expect much in life,
anyhow, with his poverty, his bad foot, an’ the only man that could
push him ahead dead an’ gone. But what’s one ruined career as compared
to–say–half a dozen? Toby’ll take his sentence easy, ’cause he’s
strong in his innocence. The others would be heartbroken. It’s far
better to let Toby do the penance, seems to me.”

Phoebe could not answer him just then. She was too bewildered. The girl
understood perfectly Sam’s position and realized that in opposing it
she expressed less charity and kindliness than the constable.

“I’m going to think about it,” she said to him. “I’m so surprised and
confused right now by what you’ve told me that my senses have gone
glimmering. But it strikes me, Sam, that we ought to find a way to save
Toby without implicating the guilty one at all.”

He shook his head negatively.

“That would be fine, but it can’t be done,” he replied. “We’ve got
to produce the thief to get Toby out of the mess, for otherwise the
evidence will convict him.”

“Can’t we destroy the evidence–upset it–prove it false?” inquired the
girl.

“Not with safety to–the other party. But do as you say; go home an’
think it over. The more you think the more you’ll feel I’m right, an’
that your best course is to lie low an’ let Toby take his medicine.
The life in prison ain’t so bad; plenty to eat, a clean bed and work to
occupy his time.”

“But afterward? If he lives to come out he will be despised and avoided
by everyone. No one cares to employ a jail-bird.”

“I’ve thought of that, Phoebe. Here in Riverdale Toby couldn’t hold his
head up. But it’s a big world and there are places where his past would
never be discovered. I’ll look after the lad, if I’m alive when he gets
free, and try to help him begin a new life; but, anyhow, he must face
this ordeal and make the best of it.”

Phoebe went home discouraged and rebellious. She kept telling herself
that Sam Parsons was right, all the time resenting the fact that the
common, uneducated man looked at this unfortunate affair in a broader,
more philanthropic light than she could, and was resolved to do his
duty as his simple mind conceived it. The girl’s heart, stifle it as
she would, cried out against the injustice of the plan of sacrifice.
Sam knew all the parties concerned, and could therefore judge more
impartially than she; but even that argument did not content her.