Mr. Spaythe himself opened the door and took a step backward in
astonishment.

“Why, Governor–is it really you?” he stammered.

Mr. Spaythe led the way to the library, thoroughly amazed at the
suddenly apparition of the state’s chief executive.

“Do not tell him who I am, please,” cautioned the governor. “I am
simply Judith Eliot’s cousin, and am at present visiting her.”

Toby came stumping in on his crutch, with a smile for his friend Phoebe
and a frank handshake for Miss Eliot’s cousin.

“I am a stranger here but have become interested in this unfortunate
accusation against you,” began Cousin John, in his easy, conversational
way. “No; don’t go away, Mr. Spaythe; there’s nothing private about
this interview. I merely want Toby Clark to tell me his story and
explain why they charge him with taking and rifling Mrs. Ritchie’s box.”

“The story is easy, sir, but the explanation is difficult,” replied
Toby, and then he told in his own way the manner in which the
circumstantial evidence against him had been found. The boy’s story did
not differ materially from Phoebe’s, except that he added a few details
that she had neglected to mention.

“I can scarcely blame them for their suspicions,” Toby concluded.
“Being poor, they decided I longed for money and would not object to
taking that which belonged to some one else. As I knew the contents
of the box and had access to Judge Ferguson’s office, the conclusion
is natural that I helped myself to Mrs. Ritchie’s money and bonds and
afterward tried to hide the useless but incriminating papers and the
box.”

“Who discovered the box, and afterward the papers?” asked the Governor.

“Our constable here, Sam Parsons. He is one of my best friends. But
they sent a policeman over from Bayport to help him.”

“How did Parsons happen to search your premises for such evidence?”

Mr. Spaythe started to answer this question, but checked himself and
remained silent. It was Toby who replied:

“After I was arrested, on a warrant sworn out by Mrs. Ritchie, her
lawyer, a man named Kellogg, urged Parsons to search my house and yard.
He did so, and found the box. Afterward Kellogg insisted on another
search, and the papers were found.”

“It is strong evidence,” said he, “and of the sort that convicts. Who
stole the box, Mr. Spaythe?”

The banker started at the abrupt question.

“No, sir. I’ve racked my brain many times in the attempt to guess; but
I can’t suspect anyone, with justice.”

“Well, I am sorry for your misfortune, young man. You seem to be in a
serious dilemma. It’s a peculiar case, to say the least of it, and I
can only say I hope you’ll come out on top and with colors flying. All
ready, Phoebe?”

As they walked back to the house the girl felt sorely disappointed over
the result of the interview, from which she had hoped so much. The
governor talked on all sorts of subjects except that of Toby Clark and
she replied as cheerfully as she could. Not until they were in sight
of the Daring house did he refer to the visit, and then it was to say
absently:

“Kellogg–Kellogg. What’s the lawyer’s other name?”

“Ah! Judith tells me you’re investigating this case yourself; posing as
a sort of female detective.”

“Oh, no!” she protested. “Cousin Judith and I–merely in a laughing
way and yet earnest in our desire to help Toby–organized a private
conspiracy to probe the mystery in our own way and try to discover
its solution. I suppose, sir, we are very foolish to think we can
accomplish anything, but–”

“But you may succeed, nevertheless. I believe in girls. When they’re
sincere and determined they can accomplish wonders. By the way, keep an
eye on Abner Kellogg.”

“The lawyer?” she asked in surprise. 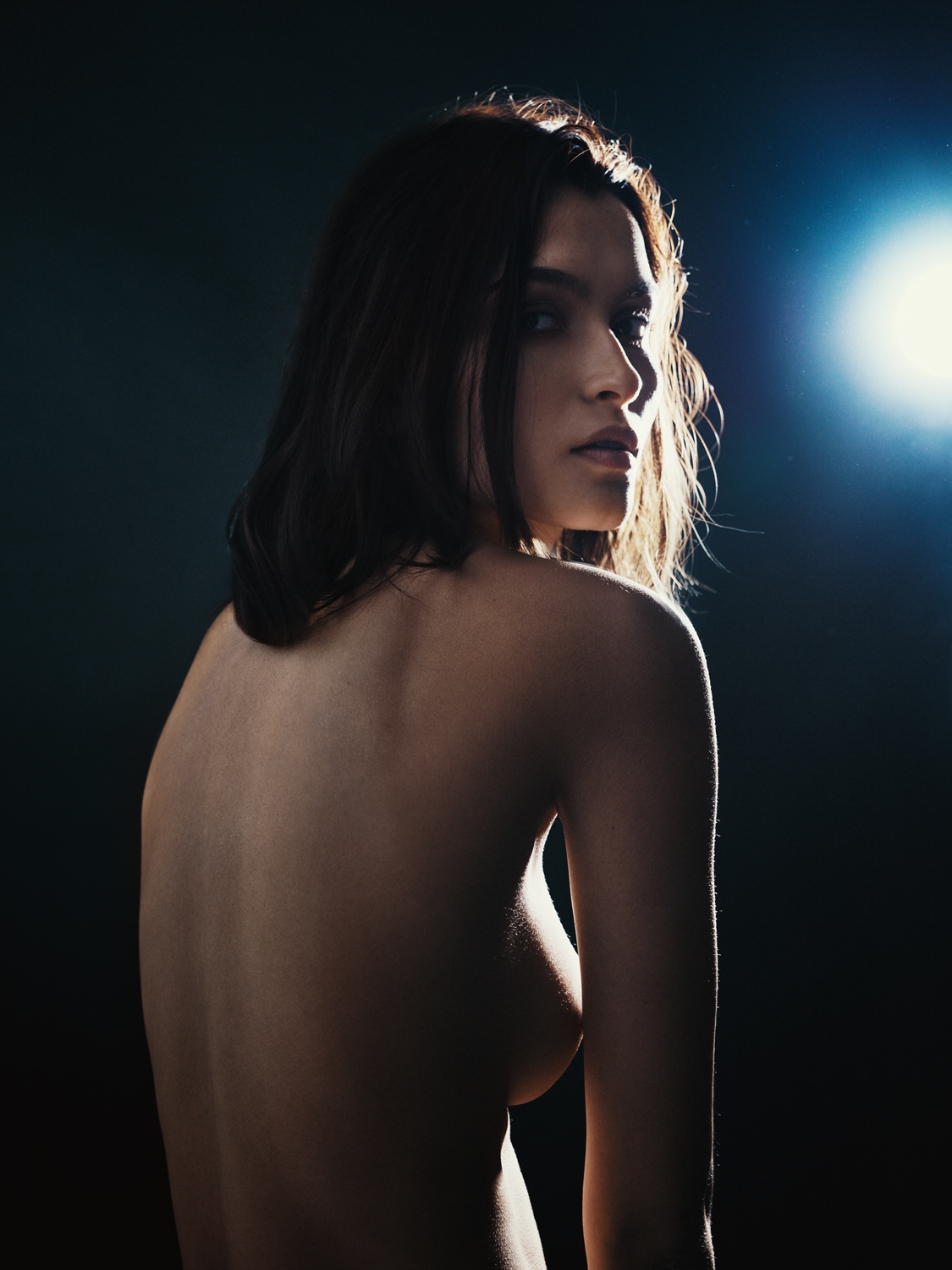 “Yes. Ask yourself this question: Why did Abner Kellogg direct the
constable to search Toby Clark’s premises? And now let us talk of
something else, for here is Judith waiting for us.”

The governor had a jolly, restful evening. He played dominoes with
Becky, who was allowed to sit up on this important occasion, and
afterward, when the youngsters were in bed, lay back in an easy chair
and smoked a cigar while Phoebe played some simple old-fashioned
melodies on the piano which warmed his heart. Cousin John really
enjoyed his visit to Riverdale and honestly regretted it must be so
brief.

“I’m coming again, some time,” he promised, as he prepared to walk to
the station after breakfast. “These few hours with you have rested me
wonderfully and enabled me to forget for the moment the thousand and
one worries and cares incident to my office. It is no sinecure being a
public servant, I assure you. The people insist that I earn my salary.”

Phoebe and Judith walked down to the train with him and the secret
must have leaked out in some way for, early as it was, a throng of
villagers had assembled on the platform. The governor frowned slightly,
but then smiled and bowed in answer to the ringing cheer that greeted
his appearance. As he waited for the train to pull in he whispered
to Phoebe: “If you get snagged over that Toby Clark affair, send me
a telegram. The boy is innocent. I’ve seen and studied him, and I’ll
vouch for his honesty. But on his trail is a clever enemy, and you’ll
have to look sharp to circumvent him.”

Then he kissed Judith, jumped on the platform of the car and waved his
hat to the cheering crowd as the train carried him away.

“We’ve gained an added prestige through the governor’s visit–if it’s
worth anything to us,” laughed Judith, on the way home.

“Isn’t he splendid?” cried Phoebe, enthusiastically. “He wasn’t a bit
stilted or self-important, as such a great man has the right to be, but
acted just like an old friend.”

“Exactly what Cousin John is,” replied the Little Mother. “The great
are always human, Phoebe; sometimes the more human they are the greater
they become. And they grow to judge fame and public adulation at its
proper value and are not deceived nor unduly elated at popular acclaim.
When the next governor takes his seat the present governor will be
speedily forgotten. Cousin John realizes that, and–”

“But he’s to be president, some day; everybody says so!” exclaimed
Phoebe protestingly.

“They’ll forget that, too,” returned Judith, with a smile. “I wouldn’t
care to have Cousin John become president; he is tired from long
service, and deserves a rest.”

“It’s a compliment, certainly,” said Judith. “Yet the highest honor a
politician can win is to be known as a faithful friend to the people,
and that honor is already awarded to Cousin John.”

Phoebe went about her duties thoughtfully. The interest shown in
Toby Clark’s fate by the governor had the effect of encouraging and
discouraging her at one and the same time. She considered especially
his advice with regard to Lawyer Kellogg, but could not understand why
he attached so much importance to Kellogg’s direction that Toby’s house
and yard be searched. It had seemed natural to her that the lawyer, who
had disliked Toby because the boy served his rival, Judge Ferguson,
had promptly suspected him of taking the box and, in Mrs. Ritchie’s
interests, had directed the search which was the simple outcome of
Toby’s arrest.

Sam Parsons would have some idea about Mr. Kellogg’s part in the
affair. She had intended to see Sam and question him ever since Cousin
Judith advised such a course, and now she decided to lose no more time
in doing so. She had known the constable all her life and regarded him
as a trusty friend; therefore the girl had no hesitation in going that
evening to his humble home, which was only two short blocks from the
Daring house.

“Sam’ll be in in a minute,” reported Mrs. Parsons, whose hand was too
wet to shake, for she had left her dish-washing to open the door. “Come
inside, Miss Phoebe, an’ set down.”

She left the girl alone in the sitting room and went back to her
kitchen, and Phoebe sat down and waited. It was already more than “a
minute” and she realized she might have to wait a considerable time for
Sam, whose movements were uncertain.

She glanced around the room. In one corner the constable had his
desk, littered with all sorts of documents, while the pigeon-holes
contained a variety of rubbish. Underneath, on the floor and directly
in the corner, was a heap of newspapers and illustrated periodicals,
irregularly piled. Phoebe stooped and reaching underneath the desk
drew out one or two papers to read while she waited. Then she gave a
suppressed cry of astonishment, for even by the dim light of the one
kerosene lamp she saw that she had uncovered a tin box painted blue,
which had been hidden by the papers. Kneeling down she lifted the box
and quickly examined it. On one end was painted the name “Ritchie” in
white letters and the lock was in perfect condition, so that she could
not lift the cover.

Fearful of being surprised, she hastily replaced the box and laid the
papers over it, as before; then, rising to her feet, she resumed her
chair and became aware that Sam Parsons was standing just inside the
door, regarding her thoughtfully.