While the girl was revolving these bewildering thoughts in her brain
there came a knock at the door of the private office and a boy from
the bank brought in an envelope and laid it upon the table before Mr.
Spaythe, retreating again immediately.

“Stop!” called the banker, after a glance at the envelope. “Who left
this letter?”

“I don’t know, sir; we’ve just found it in the mail box. Must have been
pushed in from outside, sir; but it wasn’t there at one o’clock, when I
took in the afternoon mail.”

“You may go,” said Mr. Spaythe briefly. Then he sat staring at the
envelope. “I’m almost afraid to open this, Phoebe,” he declared in a
low, uncertain voice. “Once before I received just such a missive and
it said: ‘Look among the newspapers in the back room of Toby Clark’s
house for the property stolen from Mrs. Ritchie.’ It was not signed and
the awkward writing was evidently disguised. I paid no attention to
that note but some one else must have received the same hint, for the
house was searched by the police and all the documents found except the
one I took myself.”

“But not the money or the bonds,” said Phoebe.

“No. Now, here is another anonymous letter, for I recognize the same
cramped writing. Shall we open it, Phoebe?”

“I think so, sir,” she replied, for she was curious.

He opened the envelope very carefully, using a paper-cutter. Then he
unfolded a sheet of common note paper and read the contents aloud:

“‘Between the mattress and the straw tick on Toby Clark’s bed in his
old house you will find the money and bonds he stole from Mrs. Ritchie
and hid there.’”

That was all. The banker lifted his eyebrows and smiled.

“Ah, they’re giving up the money now,” said he. “They realize there is
danger in keeping it.”

“Were there more than one?”

“I don’t know. There was one, at least, before me, and some one stole
the box from this office–with a purpose. How shall we treat this
suggestion, Phoebe?”

“Let us go and get the money at once, sir, and restore it to Mrs.
Ritchie.”

“She will demand an explanation.”

“Then we will show this letter.”

“You are right,” he decided. “It will be best that the money is
restored by me, acting on behalf of Judge Ferguson’s estate, rather
than by some one else. The only thing I fear is that they will claim I
induced Toby to give it up.”

“Won’t they accept your word–and mine–and the letter, sir?”

“Perhaps. We will risk it. Will you come with me now? It’s growing
late.”

Phoebe rose with alacrity. Mr. Spaythe took his hat from a hook, locked
the door leading into the bank and, when they were outside, locked the
street door also.

“Since the disappearance of that box I am growing cautious,” he said.

The old Clerk shanty stood quite beyond the village at a bend in the
river, but even at that the distance was not so great that a fifteen
minute walk would not cover it. Mr. Spaythe and Phoebe walked briskly
along, both silent and preoccupied, and presently had left the village
and turned into a narrow but well trodden path that led across the
waste lands or “downs,” as they were called, to the shanty.

But before they reached it a group of men came rushing out of Toby’s
house, gesticulating and talking together in an excited manner. Among
them were Lawyer Kellogg and Sam Parsons, the constable.

Mr. Spaythe stopped short, an angry frown upon his face. Phoebe halted
beside him, feeling so disappointed she was near to crying. They waited
for the others to approach.

“Do–do you think they got a letter, too?” asked the girl.

“Of course; just as before; and they’ve lost no time in acting upon
it,” was the grim response.

Lawyer Kellogg came up, triumphantly waving his hand, in which was
clasped an oblong packet.

“We’ve got it!” he cried, his round fat face well depicting his joy.
“We’ve found the money and bonds where Clark hid ’em.”

“Clark?” replied Phoebe, coldly. “How dare you make such a statement?
Toby Clark had nothing to do with hiding that money, and you know it.”

“He’ll get his stripes for it, just the same,” declared the little
lawyer. “I’ve got plenty of witnesses, and the finding of this property
will settle Toby Clark’s case for good and all. There’s no power on
earth can save him now.”

The banker was staring fixedly at Sam Parsons, the only one of
Kellogg’s party who was not jubilant.

“The money was there, all right,” growled the constable; “but Toby
didn’t put it there.”

“Of course not,” said Phoebe; “no more than he put that blue box in the
rubbish heap.”

It was a chance shot but the little lawyer turned upon her with a
fierce gesture, his hands clenched, his eyes ablaze with anger and fear.

“What do you mean by that?” he demanded.

“Nothing at all, sir,” said Sam Parsons quickly, as he cast a warning
look at the girl. “Miss Daring is a friend of Toby Clark, that’s all,
and she’s annoyed over this new discovery.”

“You must excuse Miss Daring,” added the banker smoothly. “She is
naturally agitated. Come, my dear,” he added, tucking her arm beneath
his own, “let us return.”

They followed behind the others, who were mostly eager to get to the
village and spread the news, and Sam Parsons remained with them. Phoebe
was ready to bite her tongue with vexation for letting Mr. Kellogg
suspect she knew about the substituted blue box. She saw that she might
have destroyed all Toby’s chance of acquittal by putting the lawyer on
his guard. When they were alone she expected her companions to reproach
her for her indiscretion, but they both remained silent. 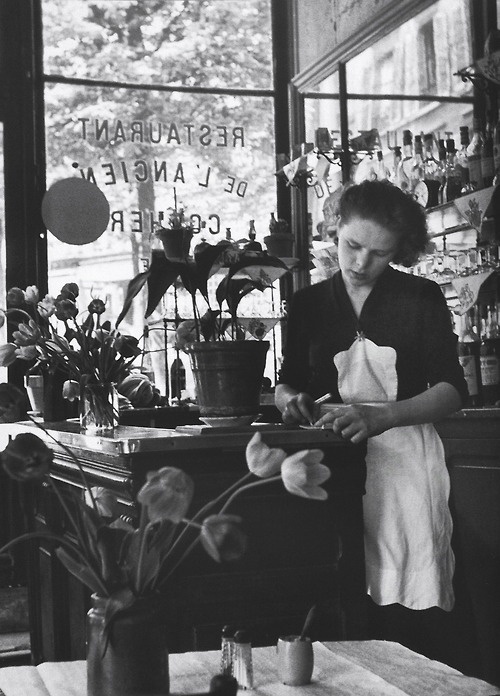 “Kellogg came for me and I had to go,” explained Sam, as they reëntered
the village.

“It’s a hard blow for Toby,” added the constable, with a sign.

“It is merely a part of the conspiracy against him,” asserted Phoebe
indignantly.

“I know. But they can prove their charge, having now evidence enough
to satisfy a jury, and Toby can’t disprove anything. This thing spells
ruin to the boy, to my notion,” said the constable.

He left them at the bank and Phoebe again entered the office with Mr.
Spaythe.

“Will you let me take that anonymous letter, sir?” she asked.

“If you like,” said he; “but the writing is purposely disguised.”

The banker handed her the letter. Then he said:

“Wait a moment and I’ll get you the other.”

He unlocked a drawer of his desk and found it, holding the two together
a moment for comparison.

“Just as I thought,” he said. “The same person wrote them both.”

“Was it a man or a woman?” inquired Phoebe.

“That I am unable to determine. Preserve these letters, for we may need
them as evidence.”

She carried them home and placed them in her desk, for as it was nearly
suppertime she had no opportunity to examine them at present. That
evening she related to Cousin Judith the latest evidence found against
Toby Clark; “manufactured evidence” the girl called it, for she knew
Toby had never touched the contents of Mrs. Ritchie’s box. She also
told the Little Mother of Mr. Spaythe’s confession, laying stress on
his assertion that at least three different persons, including himself,
had stolen the box.

“But Mr. Spaythe did not really steal it, you know,” she added. “When
he found it open on the office table, and the cupboard locked, he
merely took the box away for safe keeping.”

“He took Mrs. Ritchie’s document, however, and is still holding it,
without her knowledge or consent,” returned Judith thoughtfully. “I
wonder why?”

“I am sure he had a good reason for that,” declared Phoebe. “The fact
that Mrs. Ritchie is making such a fuss over that one paper, and
that Mr. Spaythe is carefully guarding it, makes me think it is more
important than the money.”

“That is probably true,” said Judith; “yet I fear there is nothing in
that fact to save Toby. For, if Mr. Spaythe admits all the truth–so
far as he knows it–at the trial, it will not clear Toby of the
accusation that he first rifled the box of its contents.”

“No,” answered Phoebe, “and for that reason I must continue my search
for the criminal. I had hoped that we had information to upset the
entire evidence, until that dreadful development of to-day. It is the
strongest proof against Toby they have yet secured, and I see no hope
for the boy unless we can discover the guilty one.”

“Perhaps Mrs. Ritchie will refuse to prosecute Toby, now that she has
recovered all her property but one paper,” suggested Judith.

“That would be worse for Toby than to stand his trial,” answered
Phoebe, with conviction. “If he hopes again to hold up his head in the
world he must prove his innocence–not be allowed to go free with the
suspicion of his guilt constantly hanging over him.”

“Goodness me! what a staunch champion you are, Phoebe,” said Judith,
smiling. “You must have thought very deeply on this subject to have
mastered it so well.”

“It is a very interesting subject,” answered the girl, blushing at
the Little Mother’s praise. “I seem to love a mystery, Cousin, for
it spurs me to seek the solution. But I fear I’ve been neglecting my
household duties of late and throwing the burden on your shoulders,
Little Mother.”

“No, dear; I cannot see that you are at all lax in your duties; but, if
you were, I would consider it excusable under the circumstances. I hope
that in some manner you may light upon the truth and manage to solve
your complicated problem.”

But when Phoebe went to her room to think over the discoveries of that
eventful day, she was in a quandary how to act. The mystery seemed to
have deepened, rather than cleared, and nothing had transpired to give
her a clew of any sort.

Except the anonymous letters.