Mrs. Ritchie was hoeing that afternoon in her vegetable garden, which
adjoined the spacious farmhouse where she resided. She was attired in a
faded calico dress and a weatherworn sunbonnet, and her heavy leather
shoes were rusty and clogged by constant contact with the soil.

There were several servants upon the plantation, and they were afforded
an excellent example of industry by their mistress, who “worked like
a hired man” herself and made everyone around her labor just as
energetically.

The arrival of Lawyer Kellogg on his bicycle, which he had ridden over
from Riverdale, did not interrupt Mrs. Ritchie’s task. She merely gave
her attorney an ungracious nod and said: “Well?”

“I’ve come over to see you about the trial,” he announced. “It begins
next Thursday, at Bayport, and I must know exactly what you want to do
about Toby Clark.”

“Give him a long sentence–the longer the better.”

“He is sure to get that if we prove him guilty.”

She looked at him suspiciously.

“Any trial is uncertain, Mrs. Ritchie,” said he. “Unexpected things are
liable to happen to change the probable verdict. I think we have enough
evidence against Toby to prove our case, but those terrible children
have greatly influenced popular opinion by means of their parades and
we can’t tell who the jury will be, or whether we can depend on them.”

“Can’t the jury be fixed?” asked the woman, after some thought.

“It would cost a lot of money, and it isn’t a safe thing to do,”
returned her lawyer, standing beside her as she hoed. “And that reminds
me to speak of my own expenses and fees.”

“You promised me a hundred dollars if I recovered the contents of your
box. I’ve returned to you all your money, bonds and papers; but you
haven’t paid me yet.”

“One. I do not suppose you intend to withhold my money on that
account.”

“Because I should then sue you for it and the court would award me
damages.”

She gave a contemptuous snort.

“Do you want that matter of the box aired?” she asked.

“Do you want that will investigated–the paper which is missing?” he
retorted.

“I’ll give you fifty dollars now, and fifty when you get that last
paper,” said she.

“You’ll give me a hundred now. The price of the paper was a thousand
dollars.”

“Have you got track of it yet?” she asked quickly.

“No. I’m not going to undertake that trial for nothing, Mrs. Ritchie.
There’ll be a lot of work and expense about it and, if you want Toby
Clark imprisoned for stealing your box, you’ve got to pay handsomely
for it.”

“I want a hundred dollars in advance and two hundred more if I win.”

“You’re a thief!” she snarled.

“No other lawyer would undertake the case at any price. It will make me
very unpopular to prosecute Toby Clark.”

“You’re not much of a favorite now,” said Mrs. Ritchie. “Very well, I’ll
give you a hundred dollars.”

[Illustration: “I’m not going to undertake that trial for nothing, Mrs.
Ritchie. If you want Toby Clark imprisoned for stealing your box you’ve
got to pay handsomely for it.”]

“I want two hundred to-day. A hundred for recovering your property and
a hundred in advance for the trial.”

She dropped her hoe and stared at him. Then she sighed.

“Come into the house. You’re a scoundrel, Abner Kellogg, and you ain’t
earned half the money; but I’ll be generous.”

“No; you’ll be sensible,” he said, following her up the path. “You’ve
got some secret that’s worth money to you, Mrs. Ritchie, and which you
don’t care to have discovered; and it’s connected with Toby Clark.”

She ushered him into the front room and left him there while she went
to get the money. When she returned she placed four fifty-dollar bills
in his hand.

“I don’t trust banks; they’re tricky. That’s all the ready money I’ve
got in the house. The rest is in a new box with Miles Hubbard, over in
Bayport.”

“Why didn’t you put it in my care?” asked Kellogg.

“Because you’re a dishonest cur.”

He reddened a little.

“Then why don’t you employ Hubbard to prosecute Toby Clark?”

“He wouldn’t take the case.”

“I see. Well, I’ve raised my price, Mrs. Ritchie. I want a hundred more
in advance.”

“No; you prefer to bleed others.”

“You insolent pettifogger! What do you mean by that?”

“I mean that I want another hundred dollars–before I make a single
move in this case.”

While she sat glaring at him an automobile stopped in the road before
the house. The woman turned her head and through the window saw Phoebe
Daring, Mr. Spaythe and a stranger alight and enter the gate.

“Tell ’em I ain’t at home, Kellogg,” she exclaimed in a half frightened
voice.

“Better face the music,” said the lawyer, who had noted the arrivals.
“If there’s danger, as I suspect, face it boldly. You can’t save the
day by running away.”

“You stand by me, then, Kellogg. I’ll give you the other hundred when
they’re gone.” 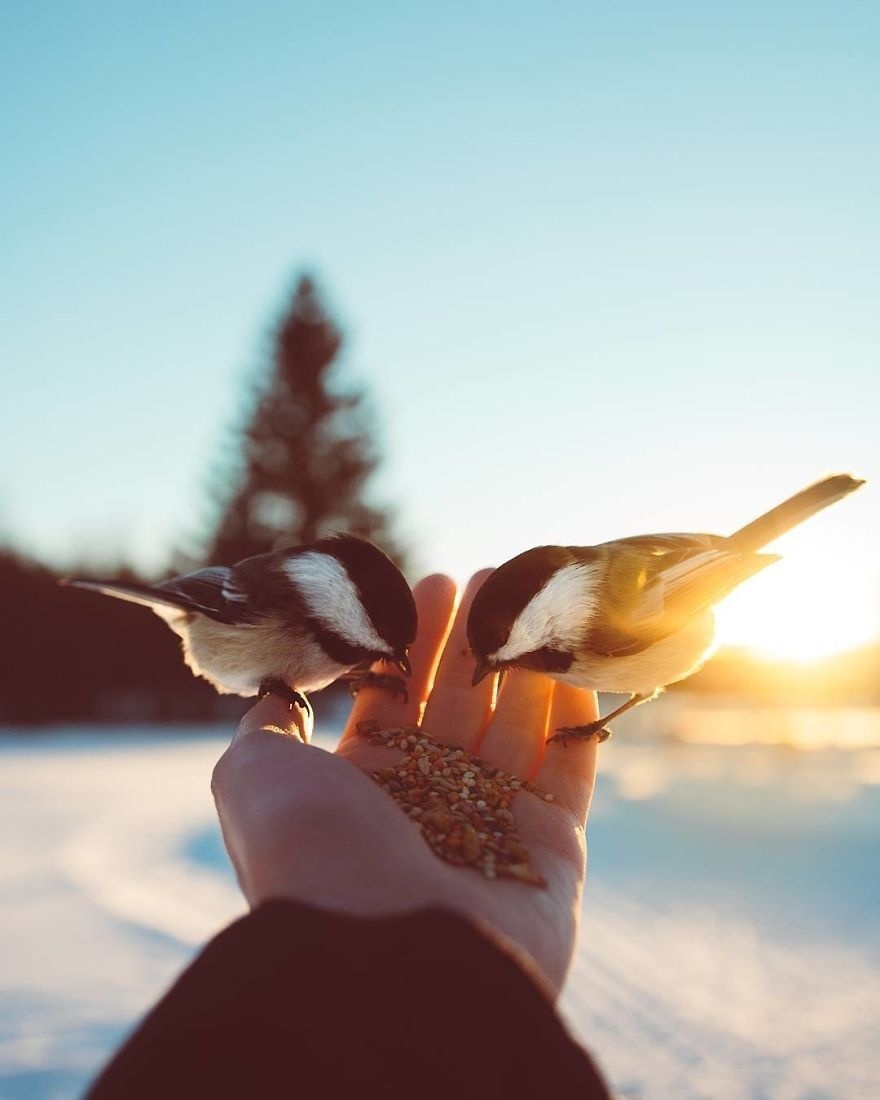 He smiled grimly, but there was no time for reply. The bell rang and
Mrs. Ritchie went to the door.

“I’m busy with my lawyer. You’ll have to come again.”

“I’m glad your lawyer is here,” said the banker gravely. “I think you
will need his advice.”

“If you will permit us to enter, I will explain.”

“Who’s this other man?” she asked curtly.

“The governor of the state.”

Mrs. Ritchie fell back and they all entered the parlor.

“Good afternoon, your Excellency,” said Kellogg, with a low bow. The
governor did not know the man but he nodded to him.

“I have called to see you in regard to the Alonzo Clark will,” said Mr.
Spaythe.

She sank into a seat, but the cold, hard look never left her face. If
she was at all startled she retained her self-possession wonderfully.

“Who was Alonzo Clark?” she asked, as if to gain time.

“What about his will?”

“You are the administrator.”

“Not entirely,” remarked the governor, calmly. “Your letters of
administration require you to fulfill the terms of the will–or the
property will be taken out of your hands by the court. Also you are
personally responsible for any–shall we say ‘irregularities’?–you
have committed.”

“You have not fulfilled the terms of the will,” said Mr. Spaythe
sternly.

“That does not matter. There is a copy on file in the probate’s office.
You have criminally disobeyed the injunctions of that will, Mrs.
Ritchie, and applied such moneys as you have received, to your own
personal use, instead of to the support and education of Toby Clark.”

“Toby Clark’s a thief, and he’ll go to prison for stealing my box,” she
snapped.

“We will not discuss Toby now,” said Mr. Spaythe. “Your own case
demands your first attention. The governor will tell you the legal
penalty for embezzling trust funds.”

“Shucks! Tell him he lies, Abner Kellogg,” cried the woman.

“The governor is entirely correct, madam,” answered the wily attorney.
“I trust, gentlemen,” he added, “you will acquit me of any complicity
in this affair. I am merely hired by Mrs. Ritchie to prosecute the case
of Toby Clark and know nothing of her past history or criminal acts.”

“Oh, you turn against me, do you?” she inquired angrily.

“I cannot defend you from so grave an offense, Mrs. Ritchie,” said
Kellogg. “These gentlemen would not accuse you without proof, and the
proof will send you to prison.”

She studied by turn the stern faces confronting her.

“What else have you got to say?” she asked. “If you wanted to send me
to prison you would have me arrested, without taking the trouble to
come here.”

“That is true,” returned Mr. Spaythe. “I will explain. By chance the
will of Alonzo Clark fell into my hands and on behalf of Toby Clark I
caused an investigation to be made. During the past seven years there
has been paid to you, as administrator of the estate of Toby Clark, a
minor, in dividends on stock, the total sum of forty-eight thousand,
four hundred and eighty dollars, up to the first of last month. You
were entitled to retain ten per cent of this, provided you had
performed your duties according to law; but since you have failed to do
this the entire amount must now be paid over to the new administrator
whom the court will appoint. And this payment must be made whether you
go to prison or not.”

Kellogg was amazed. He looked at Mrs. Ritchie with a glint of
admiration in his eyes. Forty-eight thousand, and she still grubbing
with a hoe! Phoebe was also amazed by the immensity of the sum. She had
not thought it would be nearly so large. She mentally figured that it
meant an income of about seven thousand a year, which would make Toby
quite independent.

Mrs. Ritchie did not deny Mr. Spaythe’s assertion. She knew it would be
useless.

“That will is my property,” she said sullenly. “I can have you arrested
for stealing it.”

“I will return the will,” said Mr. Spaythe. “It is no longer of use to
me–nor to you, madam. Unless you voluntarily resign your trusteeship
it will be taken from you, after a rigid investigation which will prove
you guilty of embezzlement.”

“Suppose I refuse to give up the money?” said she. “You don’t know
where it is, and you can’t find it. You can take this farm away from
me, if you like, but it’s only worth about fifteen thousand. If I go to
jail I can keep the cash I’ve put away–and have it to use when I get
free again.”

“I believe,” said the governor, “you might be able to do that, and so
defeat justice. But let us consider what it would mean. My experience
enables me to state that your term of imprisonment would be no less
than twenty years, and perhaps more. I doubt if, at your age, you would
live for twenty years in a prison–you who are so used to the open
air. So your stolen money would be of no benefit to you. On the other
hand, you might effect a compromise with us and so keep the matter out
of court. You have here sufficient property for all your needs and the
income from your plantation gives you more than a living. It occurs to
me, Mrs. Ritchie, that you will find it more comfortable to end your
days in freedom.”

She dropped her eyes in thought and stared at the carpet for a time.
Then she asked gruffly:

“What do you demand?”

“First,” replied Mr. Spaythe, “you must resign as administrator and
petition the probate court to appoint some one in your place. You
must furnish an exact statement of the money received and turn over
the entire amount to the new administrator, for the sole benefit of
Toby Clark. In addition to this, we demand that you sign a statement,
for publication, saying that your blue box was not stolen, but merely
mislaid, and that you have recovered the entire contents. You will add
that Toby Clark has been unjustly accused. I have prepared a statement
to this effect which is all ready for you to sign, and the governor
will witness it, so that it will never be questioned.”

“But somebody stole that box,” cried the woman, “and whoever it was
ought to suffer for it.”

“Somebody stole Toby Clark’s inheritance,” replied Mr. Spaythe. “I do
not think it necessary for one to suffer for either crime, if amends
are fully made and no lasting evil can result.”

Mrs. Ritchie frowned. She looked from one to another and saw no signs
of relenting in any face. Even Kellogg’s fat face wore a sneer as he
regarded her.