The fairy little bark, the _Bonnibel_, swept blithely out into the
moonlighted waves.

Bonnibel tied her lace handkerchief over her head, and wrapped the
shawl about her shoulders.

Somehow her heart began to grow lighter. This moonlight flitting seemed
so sweet and romantic.

Her dark-eyed lover sitting opposite lightly swaying the oars looked
handsome as a demi-god to her partial eyes. She trusted him implicitly.

“The king can do no wrong,” was her motto.

“You shall never regret this step, never, my darling,” Leslie Dane kept
saying to her over and over, as if to soothe his conscience, which
perhaps reproached him.

And Bonnibel answered with a smile every time, “I never expect to
regret it, Leslie, dear.”

His rapid strokes of the oar soon brought them to their destination.
Brandon was a poor little fishing village consisting only of the
rude huts of the fishermen, a little Methodist chapel, and a little
parsonage down by the shore rather neater than the rest of the shanties.

Here lived the aged minister and his kind old wife. Thither the young
artist directed his steps with Bonnibel clinging to his arm.

Fortunately they met no one on the way, and almost before they knew it
they stood in the shabby “best room,” which served the good man for
study, library and parlor.

There the minister sat with his books, and the good wife with her
knitting.

Leslie Dane drew the old man aside and they held a brief whispered
colloquy. Apparently the young man made everything satisfactory, for in
a minute he came back and led Bonnibel forward to breathe those solemn
vows which are so quickly cemented but which death alone can sunder.

Bonnibel was trembling very much, though the hitherto thoughtless child
did not in the least realize the magnitude of the step she was taking.

She only thought to herself how sweet it would be to be bound by that
sacred tie to Leslie Dane, and she quivered from head to foot with
pleasure, and with a certain indefinable nervousness she did not begin
to understand, while the two old people stared at her in surprise at
her radiant beauty and costly dress.

The solemn words were soon spoken, Leslie making the responses firmly,
and Bonnibel in a hushed little voice that was scarcely audible. The
young man slipped a ring over her finger that he had always worn on
his own, the minister blessed them, the good wife kissed the girl with
tears in her eyes, for women always weep at a wedding. Then Leslie
slipped a generous fee into the old man’s hand, and led his blushing
bride away.

“God bless you, my darling, and may you always look back to this hour
as the happiest one of your life,” he whispered, as he put her into
the little skiff and kissed her beautiful lips with an outburst of
passionate tenderness.

“I wish you the same happiness, Leslie,” whispered the happy little
bride.

“In a little while now we shall be parted,” said he; “oh, my Bonnibel,
how much easier the parting will be when I know that I am leaving my
wife behind me–my wife whom no one can keep from me when I come for
her.”

“It was a happy thought of yours to bind me thus,” answered the young
bride, softly. “Now that grim presentiment will haunt me no more, and
Uncle Francis cannot hurt me with his threats or his coldness while I
have this precious secret in my heart.”

“Bonnibel,” he said, anxiously, “in some moments of defiance you may
feel tempted to taunt him by the betrayal of our marriage; but I
implore you do not yield to the temptation. More serious consequences
may follow than you dream of. Let our secret be a dead secret until I
give you leave to proclaim it.”

“I will never reveal it, Leslie, I give you my solemn word of honor,”
replied Bonnibel, earnestly. 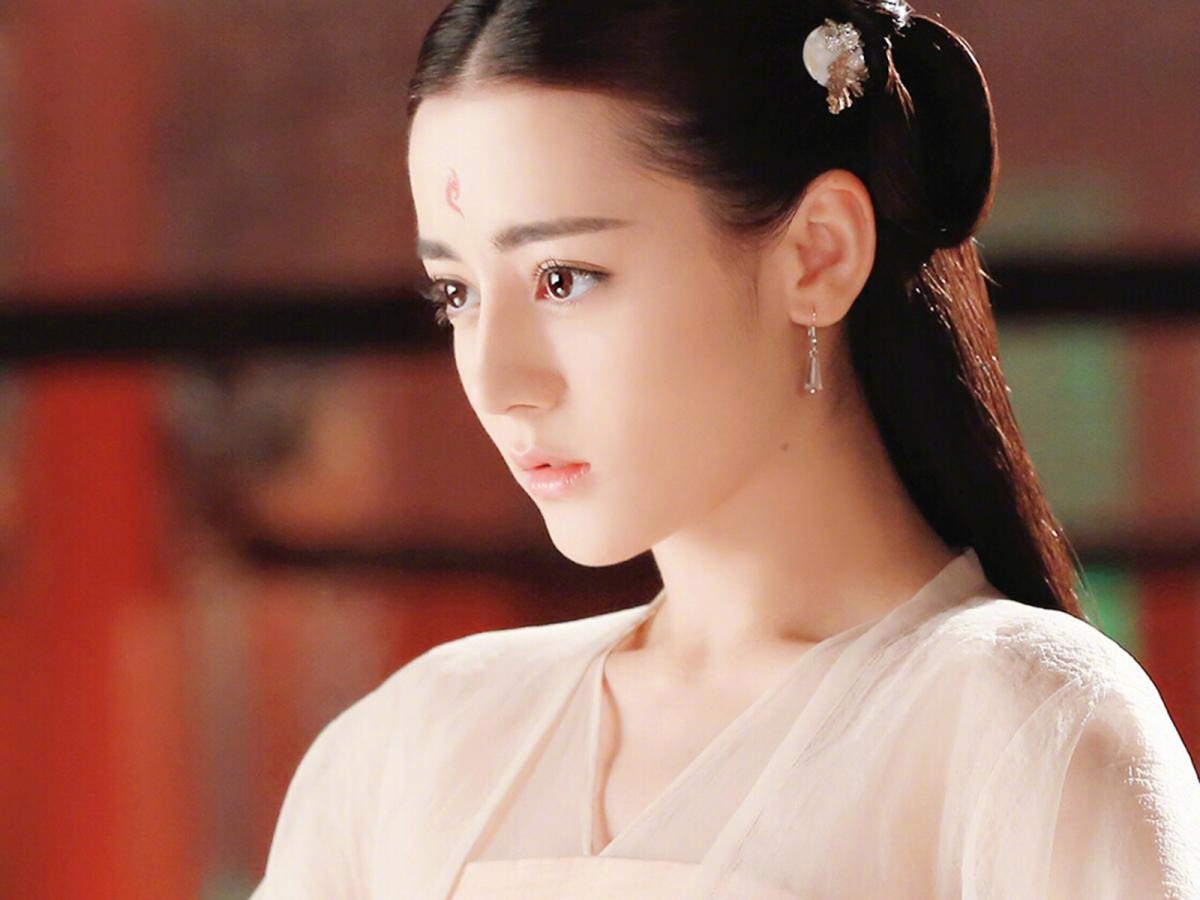 “Thanks dearest. I only asked the promise because I knew it was for the
best. Darling, I shall think of you always while I am absent, and I
will write to you very often. Will you write to me sometimes, and let
me know that you are well and happy?”

“I will write to you often and let you know that I am well; but I can
never be happy while I am separated from you, Leslie,” she said, sadly.

“Bonnibel, how beautiful you look in that white dress,” he said,
changing the conversation abruptly, seeing that it pained her. “You
were the finest bride I ever saw.”

“It is a pretty dress,” she said, looking down at the soft mass of
muslin and lace; “but I little thought when I put it on for dinner this
evening that it would be my bridal dress. I shall always love this
dress, Leslie. I will keep it always in memory of to-night.”

Both were silent after a little while, till Leslie said, abruptly:

“Bonnibel, I wish I knew of what you are thinking so intently.”

“I was hardly thinking at all,” she said, quickly. “Some verses were
running through my mind that I read this evening in Jean Ingelow’s
pretty poems. I hardly understood them then, but they seem to suit my
feelings now.”

“Let me hear them,” said Leslie.

“I cannot recall them, except the last verse. The poem was called
‘Divided,’ and the last verse, which is all that I clearly recollect,
ran thus:

“‘And yet I know, past all doubting truly–
A knowledge greater than grief can dim–
I know as he loved he will love me duly,
Yea, better, e’en better than I love him.
And as I walk by the vast, calm river,
The awful river so dread to see.
I say, thy breadth and thy depth forever
Are bridged by his thoughts that cross to me.'”

“Beautiful,” said Leslie, as the full voice, tremulous with newly
awakened feeling died away. “You must always recall those lines when
you think of me, my little one.”

The keel grated on the shore. Leslie looked at his watch in the
moonlight.

“It is later than I thought,” he said, hurriedly, as he helped Bonnibel
out upon the shore. “I have but fifteen minutes to reach the station.
Darling, I must go to-night, though it nearly kills me to leave you.”

She turned quivering and weeping, to throw herself upon his breast.

“Darling, you are not afraid to go to the house alone?” he whispered.
“My time is so short!”

“‘Tis but a little while,” he answered, soothingly. “Be brave, my
precious darling!”

He drew her to his heart with a long, despairing embrace, and kissed
her passionately.

“My little love, my own sweet _wife_, good-bye!” he faltered, and was
gone.

Bonnibel threw out her yearning arms as if she would draw him back,
then turned and staggered homeward.

She opened the gate and went softly up the walk. It was almost
midnight, and she began to wonder if the doors would be locked.

“If they are I shall have to get in through the window,” she said to
herself.

But as she stepped on the piazza she saw the front door open and her
uncle sitting motionless in his easy chair.

“Poor dear,” she thought, with a thrill of regretful tenderness, and
forgetting herself entirely. “He has fallen asleep in his chair and
they have all forgotten him. I will wake him with a kiss.”

He lay with his head thrown back, apparently fast asleep. Gliding
softly along, she threw her arm about his neck and, bending over,
pressed her sweet lips to his brow.

She started back with a shiver and looked at him. The brow she had
kissed was cold as ice. Her hand fell down upon his breast and came in
contact with something wet and cold. She lifted her hand and saw upon
it in the moonlight a dark stain.

That wild scream of agony roused the house. The servants came rushing
out, but before they reached her Bonnibel had fallen fainting at her
uncle’s feet. The beautiful white dress she had promised to keep in
memory of that night was all dabbled and stained in a pool of his
life-blood that had dripped down upon the floor.