Mr. Arnold and his family, consisting only of his wife and
step-daughter, Felise Herbert, were in their places at the table before
Bonnibel came floating in, a vision of rosy, innocent loveliness.

If she had been beautiful before in her plain blue walking-dress she
was doubly so now in her soft white robe of India muslin, with fleecy
trimmings of rich Valenciennes lace. A pale blue sash was knotted about
her slender waist, and clusters of fragrant blue violets looped back
her long golden curls. A golden chain and a cross studded with pearls
was clasped about her white neck, though she scarcely needed such
adornment. Her beauty was a crown in itself.

She came in a little shyly, and blushing very much, for she expected to
see her lover, and she glanced under her long lashes along the length
of the table as she took her place, expecting to meet his adoring gaze.

He was not there.

The young girl scarcely knew what to think. She glanced at her uncle as
if to enlighten herself.

He was not looking at her; indeed, he seemed to avoid her glance
purposely, and a moody frown was fixed upon his brow. Her aunt
vouchsafed her a cold, unmeaning stare, and Felise Herbert’s large
black eyes dilated as she looked at Bonnibel as if with gratified
malice.

These two ladies, mother and daughter, deserve more than a passing
mention at our hands. We will briefly describe them. Mrs. Arnold was a
fine-looking brunette of about forty-five, and would have been rather
handsome but for a settled expression of peevishness and discontent
that rested upon her features. She was elaborately dressed in a soft
summer silk of silver-gray trimmed in black lace, and wore very rich
cameo jewelry.

Miss Herbert was a younger and handsomer copy of her mother. She was
tall and well-formed, with quite regular features, large black eyes,
and silky braids of black hair. She was about twenty-five years old,
and was becomingly dressed in a thin black grenadine, richly trimmed
with satin of the color of old gold. Her ornaments were necklace,
earrings, and bracelets of gold. Mr. Arnold could not complain of the
beauty of his household, though his tastes in that particular were
extremely refined.

“Bonnibel,” he said, when the dinner which had been discussed in most
unusual silence was over, “come with me into the library. I have
something to say to you.”

Bonnibel linked her arm fondly in his and they passed out together.

Miss Herbert looked at her mother, and a glance of great significance
passed between them, the expression of discontent on the elder lady’s
features now deepening to positive anger and hatred.

“Yes,” she said, as if answering her daughter’s look; “go and hear what
he has to say to the little witch!”

Miss Herbert arose and passed out of the room with soft, subdued
footfalls.

“My clever, beautiful Felise,” she murmured. “How my husband slights,
and ignores her to lavish his whole affection upon that little hateful,
yellow-haired child! After all my scheming to get him to love Felise,
and at least divide his fortune between them, he boldly declared this
evening to that young artist-fool that he would make Bonnibel his
heiress. And Felise–she will have nothing but what I can give her
out of my portion! which he will make as small as possible in order
to enrich his idol. It is too bad–too bad! Something must be done to
induce him to change his mind. I wish she would elope with Leslie Dane.
That would alienate my husband from her forever.”

The entrance of the servants to clear the table interrupted her.
She left the room, with its glitter of lights and glass, silver and
flowers, and hurried away to her own luxurious apartments to nurse her
wrath and jealousy in solitude.

She hated Bonnibel Vere, and she hated her husband. He had married her
twenty years ago, when she had palmed herself off upon him as a widow
of high family and small means, while in reality she was a vulgar and
penniless adventuress, having but one pure affection in her heart, and
that her blind, idolatrous love for her spoiled and wayward little
daughter.

Francis Arnold had discovered the cheat practiced on him long ago, and
though too proud to proclaim the secret to the world, the love he had
felt for his handsome wife had changed into quiet contempt that stung
her more than the loudest upbraidings.

Her daughter, who was treacherous as a cat and vindictive as a snake,
he simply hated, and no blandishments or persuasions could induce him
to settle anything upon her, though the one object of the mother’s
heart was to secure his whole fortune for herself and Felise.

We will pause in our contemplation of the ambitious woman’s rage and
follow Bonnibel and her uncle to the large, well-lighted, and elegant
library.

“Uncle,” said the girl, going up to him as he sank into his easy-chair,
and laying her hand caressingly on his cheek, “are you not well? You
seem so strange, you do not smile on your little girl as usual.”

He was silent a moment as if struggling for words in which to express
his grievance, then he broke out impetuously:

“I am sick, little one, sick at heart. I have received a dreadful blow
this evening–one that fairly stunned me!”

“Dear uncle,” said she, with innocent unconsciousness, “who was it that
dared to wound you so?”

“Bonnibel, it was Leslie Dane, the poor young artist whom I have
patronized this summer because I pitied him! Darling, he had the
audacious impertinence to ask me for this little hand!” he lifted it
from his shoulder, where it rested fondly, and pressed it to his lips.

But Bonnibel caught it away and started back from his side, her cheeks
growing white and her blue eyes dilating.

“What did you say to him?” she inquired, breathlessly.

“I told him he was a worthless fortune-hunter, and I drove him forth
with scorn and contempt,” said the millionaire hotly.

“You did–you did!” she cried, horror and incredulity struggling in her
voice and face. “You insulted him thus? Why, Uncle Francis, I _love_
him!” 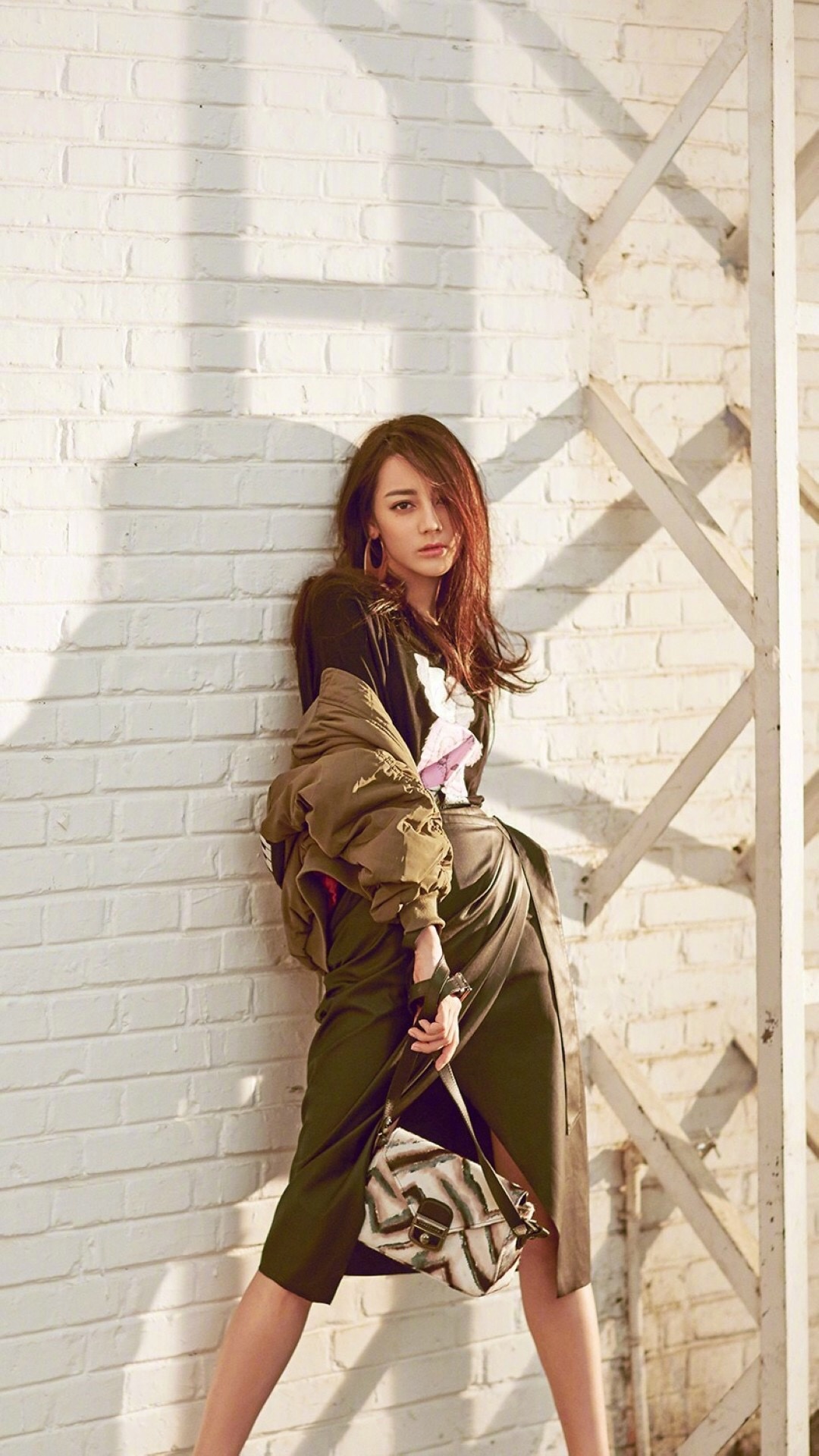 In those concluding words there was at once a protest and a defiance.
It was as if she had felt and said that _her_ love should have been a
sufficient shield and protection for him it clung around so fondly.

“Pooh! nonsense!” said Arnold, trying a light tone of railery; “you are
but a child, Bonnibel, you do not know what love means. Do you think I
would suffer you to throw yourself away on that worthless fellow?”

“He is not worthless,” she cried out warmly. “He is noble, good and
true, and I love him dearly. But, Uncle Francis,” she said, suddenly
changing her indignant tone to one of gentle entreaty, “surely you are
only jesting and teasing your little girl, and I beg you not to use
such dreadful language again, for you insult the man whom I love with
my whole heart, and whom I shall one day marry.”

“Never! never!” he shouted madly. “Girl, you have been spoiled and
indulged until you are silly enough to cry for the moon and expect me
to pluck it from heaven for you! But I will save you from your folly
this time. I will _never_ permit you to marry Leslie Dane!”

It was the first time he had ever denied her anything in the course of
her happy, care-free life. And now his cruel and resolute refusal of
this new toy she wanted so much, absolutely stunned her and deprived
her of speech.

She sank into a chair helplessly, and looked at him with parted,
tremulous lips, and with wild, astonished blue eyes. He saw how shocked
and incredulous she was, and altering his tone, began to explain and
argue with her:

“My darling, Leslie Dane is no match for my little girl. He is poor and
has nothing to recommend him but a handsome face, and a little talent
for daubing with paints and pencils, while you are a beauty and an
heiress, and can boast a proud descent. I have made my will, and it is
there in my desk this moment. In it I have left you everything except
one-third of my property, which my widow will legally inherit. Surely
my generosity merits the one little return I ask of you. Simply that
you will give up Leslie Dane.”

She looked up at him as he offered his costly bribe, and shook her head
gravely.

“You have been very kind to me always, uncle, I never knew you could be
cruel until now. I thank you for your kind intention, but I will not
give up Leslie for such a sordid bribe. Keep your money, and I will
keep my love!”

“I am not giving you the choice, girl,” he answered, angrily. “I intend
you to have the money whether you want it or not, and I have already
said that you shall _never_ marry Leslie Dane.”

“And I say that I _will_ marry him!” she cried, springing up in a rage
as passionate and unreasoning as his own, her blue eyes blazing with
defiance. “You shall not prevent me! I love him better than any one
else on earth, and I will marry him if I repent it every hour of my
after life.”

So saying she rushed from the room, and pausing only to catch up a dark
shawl and wrap it about her, she sped down the graveled walk on her way
to seek her lover.

She paused outside the gate, and crouching down, peered anxiously back
to see if she was followed. The moon was up, shining brilliantly over
everything. She saw her uncle come out on the piazza and drop into his
favorite seat. Then the fragrance of a cigar floated out on the warm
August air. Bonnibel hurried on down to the shore.

Leslie Dane was waiting for her, pacing the sands impatiently in the
soft moonlight.