Francis Arnold was dead. The soul of the proud millionaire, the
disappointed husband, the loving uncle, had been hurried prematurely
before the bar of Eternal Justice. In the stillness of the summer night
while he rested in fancied security beneath his own roof-tree, the
angel of sleep pressing down his weary eye-lids, the deadly destroyer
had crept to his side, and red-handed murder had struck the cowardly
blow that spilled his life blood.

They came hurrying out–the servants first, the wife next, the
step-daughter last–all roused by that piercing shriek of agony–and
found him sitting there dead, with Bonnibel lying lifeless at his feet,
her white robes dabbled and stained in the blood upon the floor.

They brought lights and looked at him. Yes, he was cold and dead. There
was a great scarlet stain on his white vest where the deadly weapon had
entered his heart. The blood had dripped down in a great pool upon the
floor and was fast stiffening on his garments.

Mrs. Arnold shrieked aloud and went into horrible hysterics, laughing
wildly and maniacally, and tearing her hair from its fastenings; but
Felise Herbert stood still as a statue of horror, looking at the dismal
scene. Her pale face was paler than ever, and her large, black eyes
looked wildly about her. She made no effort to arrest her mother’s
frenzied cries, but stood still as if frozen into ice, while the maids
lifted up the still form of poor Bonnibel and carried her through the
drawing-room window, laying her down gently, and applying restoratives.

Life came swiftly back to her under their influence. She lifted her
head, and opened her eyes upon the faces around her just as a shrill
and piercing whistle announced the departure of the train which was
bearing her young husband away from her for years–perhaps forever.

Bonnibel sprang up and went out on the piazza again. As she stepped to
the side of that lifeless form, Felise Herbert, just waking from her
apparent trance of horror, waved her hands in the air, and cried out
solemnly and sepulchrally:

“Oh, Heaven! It is Leslie Dane who has done this dreadful deed. That
was what he meant by his dark threats this evening!”

“Leslie Dane has killed him!” echoed her mother, wildly.

“It is false, woman! How dare you accuse him of such a deed?” Bonnibel
cried out fiercely, wild with grief and horror; then suddenly she
looked at the half-dazed men-servants standing around their master
helplessly.

“Idiots!” she cried, “why do you stand here idle? Why does not some one
bring a doctor? Perhaps he is not dead yet–he may be revived.”

They brought a physician at her bidding, but when he came his services
were needed for her, not for the pale corpse down stairs that would
nevermore want the physician’s potent art. They had taken her by force
to her room, where she was wildly walking the floor, wringing her hands
and raving over her loss.

“You are dead, Uncle Francis,” she cried, passionately; “you will never
speak to me again. And I had left you in anger. We never quarreled
before–never! And without a good-bye kiss, without a forgiving word,
you are gone from me into the darkness of death! They have killed you,
my dear one!–who could have been so cruel?–and you will never know
how I loved you, and that I forgave you for your cruelty so soon, or
that I wished to be reconciled. Oh, God! Oh, God!”

She told her story frankly to the good old doctor when he came and
questioned her. She and her uncle had quarreled because he had denied
her a darling wish. She had rushed out of the house in a fit of anger,
and moped about the seashore until late into the night. Then she had
returned, and seeing him sitting there on the piazza she had felt her
anger melting into tenderness, and stolen up to give him the kiss of
reconciliation, but found him cold and dead.

She told the same story when the inquest was held next day, blushing
crimson when they asked her what she and her uncle had quarreled over.

“It was a purely personal matter,” she answered, hesitatingly. “Is it
necessary to reveal it?”

They told her it was necessary.

“He refused to sanction my engagement to my lover, and drove him away
from the house with cruel, insulting words,” she answered briefly
through her tears and blushes.

“And you were very angry with your uncle?” 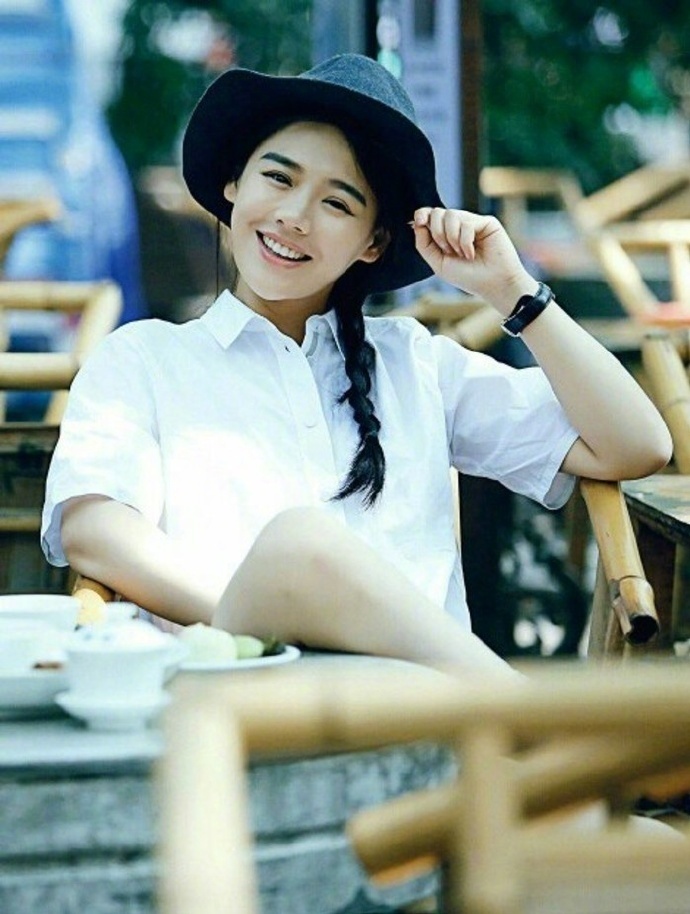 “Yes; for a little while,” she answered frankly; “but when I came back
to the house I was ready to forgive him and be friends with him again.
He had never been unkind to me before, but indulged me in every wish,
and petted me as my own father might have done had he lived. I was
almost wild at first with surprise and anger at the first denial I had
ever received from him; but I soon overcame my indignant feelings, and
when I came back to the house I loved him as fondly as ever.”

She left the room immediately after giving in her evidence, overcome
with grief and emotion, and going to her room, threw herself down upon
the bed, from which she did not rise again for many weeks. Grief and
excitement precipitated her into a brain fever, and for many days life
and death fought persistently over their unhappy victim.

Had she known what would take place after she left the room she would
have remained until the inquest was over. Felise Herbert and her mother
boldly declared their belief that Leslie Dane was the murderer of Mr.
Arnold. From the drawing-room windows which opened out on the piazza
they had overheard the conversation between the two men relative to
Bonnibel, and they detailed every word, maliciously misrepresenting
Leslie Dane’s indignant words so as to place the worst construction
upon them. One or two of the servants had heard also, and from all the
testimony elicited the jury readily found a verdict of willful homicide
against Leslie Dane, and a warrant was issued for the young man’s
arrest.

But poor little Bonnibel, tossing up-stairs in her fevered delirium,
knew nothing of all this. If she had known she might easily have
cleared her lover from that foul charge by proving that he had been
with her during those fatal hours in which Mr. Arnold had met his death.

It remained for her to prove his innocence at a darker hour than this,
and at the sacrifice of much that she held dear.

Mr. Arnold’s body was carried to his winter residence in New York, and
buried from thence with all the pomp and splendor due to his wealth
and station. Felise and her mother, of course, accompanied the remains.

The housekeeper at the seaside home was left in charge of the hapless
Bonnibel, who lay sick unto death in her luxurious chamber, tended
carefully by hirelings and strangers, but with never one kiss of love
to fall on her fevered brow in sympathy and tenderness.

Love had gone out of her life. With the young husband adrift now on the
wide sea, and the kindly uncle lying in his gory grave, love had gone
away from her.

She had no kindred now from whom to claim tenderness or care, so only
hirelings were left to watch the spark of life flickering so feebly
day by day, that it seemed as if it must surely go out in darkness.
They were all who heard the wild, passionate appeals for Leslie and
Uncle Francis that were always on the sufferer’s lips as she babbled
incoherently in her wild delirium.

Mrs. Arnold and Felise remained in New York for several weeks,
attending to business affairs and superintending the making up of very
fashionable and cumbrous mourning.

Mrs. Arnold did not provide any of this raiment for Bonnibel. She
sincerely hoped that the girl would die of her fever and preclude the
necessity of so doing.

But youth is very tenacious of life. Bonnibel, in her illness and
desolation, would willingly have died to please her aunt, but destiny
had decreed otherwise.

There came a cool, still night in September when the nurses hung
carefully around the bed waiting for the crisis that the doctor had
said would come at midnight. It came, and the reaper, Death, with his
sickle keen, passed by on the other side.

In the meanwhile outraged justice was on the _qui vive_ for the escaped
homicide, Leslie Dane. It was rumored that he had sought refuge in
a foreign land, but nothing definite could be learned regarding his
mysterious whereabouts.