A blind chance at last brought about the fatal meeting between
Bonnibel Vere and Colonel Carlyle which Felise Herbert so greatly
dreaded and deprecated.

As the autumn months merged into winter Bonnibel had developed a
new phase of her trouble. A great and exceeding restlessness took
possession of her.

She no longer moped in her chamber, thinking and thinking on the one
subject that began to obscure even the memory of her Uncle Francis. She
had brooded over Leslie’s strange silence until her brain reeled with
agony–now a strange longing for oblivion and forgetfulness took hold
upon her.

“Oh! for that fabled Lethean draught which men drink and straightway
all the past is forgotten!” she would murmur wildly as she paced
the floor, wringing her beautiful hands and weeping. “Either Leslie
has deserted me or he is dead. In either case it is wretchedness to
remember him! Oh! that I could forget!”

Shrouded in her thick veil and long cloak she began to take long
rambling walks every day, returning weary and fatigued, so that sleep,
which for awhile had deserted her pillow, began to return, and in long
and heavy slumbers she would lose for a little while the memory of the
handsome artist so deeply loved in that brief and beautiful summer.
Those days were gone forever. Her brief spring of happiness was over.
It seemed to her that the only solace that remained to her weary heart
was forgetfulness.

Once, rendered desperate by her suspense, she had written a letter to
Leslie–a long and loving letter, full of tender reproaches for his
silence, and containing the whole story of her uncle’s tragic death.
She had begged him to send her just one little line to assure her that
she was not forgotten, and this beautiful little letter, filled with
the pure thoughts of her innocent heart, she had directed to Rome,
Italy.

No answer came to that yearning cry from the aching heart of the little
wife. She waited until hope became a hideous mockery. She began to
think how strange it was that she, little Bonnibel Vere, who looked so
much like a child, with her short hair, and baby-blue eyes, was really
a wife. But for the shining opal ring with its pretty inscription,
“Mizpah,” which Leslie had placed upon her finger that night, she would
have begun to believe that it was all a fevered dream.

She was thinking of that ring one day as she walked along the crowded
street, filled with eager shoppers, for Christmas was drawing near, and
people were busy providing holiday gifts for their dear ones.

“_Mizpah!_” she repeated to herself, walking heedlessly along the wet
and sleety pavement. “That means ‘_the Lord watch between thee and me
while we are absent one from another_.’ Oh, Leslie, Leslie!”

Absorbed in painful thoughts she began to quicken her steps, quite
forgetful of the thin sheet of ice that covered the pavement, and which
required very careful walking. How it happened she could not think, but
the next moment she felt one ankle twisting suddenly beneath her with a
dreadful pain in it, and found herself falling to the ground. With an
exclamation of terror she tried to recover her balance, but vainly. She
lay extended on the ground, her hat and veil falling off and exposing
her beautiful pale face with its clustering locks of sunny hair.

People crowded around her immediately, but the first to reach her was a
gentleman who was coming out of a jewelry store in front of which she
had slipped and fallen.

He lifted her up tenderly, and a woman restored her hat and veil.

Bonnibel tried to stand upon her feet and thank them both for their
timely aid.

To her terror a sharp twinge of pain in her ankle warned her that she
could not stand upon it. She uttered a cry of pain and her blue eyes
filled with quick tears.

“I–I fear my ankle is sprained,” she said, “I cannot stand upon it.”

“Never mind,” said the gentleman, melted by the tears and the beauty
of the sufferer. “Here is my carriage at the curbstone. Give me your
address and I will take you home immediately.”

Bonnibel was growing so faint from the pain of her sprained ankle that
she could scarcely speak, but she murmured brokenly: “Fifth Avenue,
number —-,” and with a slight exclamation of surprise he lifted her
into the carriage and gave the order to the driver.

She leaned her head back against the satin cushions of the carriage and
closed her eyes wearily!

“I beg your pardon,” said her companion’s voice, arousing her suddenly
from the deathly faintness that was stealing over her, “but I think you
must be Miss Bonnibel Vere, Mrs. Arnold’s niece. Perhaps you have heard
her mention me. I am Colonel Carlyle.”

Bonnibel opened her eyes with a start, and looked at him, instantly
recalling the gossip of her maid, Lucy. So this was Colonel Carlyle,
Felise Herbert’s elderly lover. She gave him a quick, curious glance.

He was an old man, certainly, and apparently made no attempt to
disguise the fact, for the curling locks that still clustered
abundantly on his head were silvered by time, as well as the long beard
that flowed down upon his breast.

His features were aristocratic in contour, his mouth rather stern, his
eyes still dark and piercing, though he could not have been less than
seventy years old. He was dressed with taste and elegance, and his
stately form was quite erect and stately.

“Yes, I have heard of you, Colonel Carlyle,” Bonnibel answered,
quietly, “but I cannot imagine how you could know who I am. We have
never met before.”

“No,” he answered, with a gallant bow and smile, “we have not, I have
never had the happiness of meeting you, though I have frequently
visited at your home. But the fame of Miss Vere’s beauty has gone forth
into the land, and when you named your address I knew you could be no
other.” 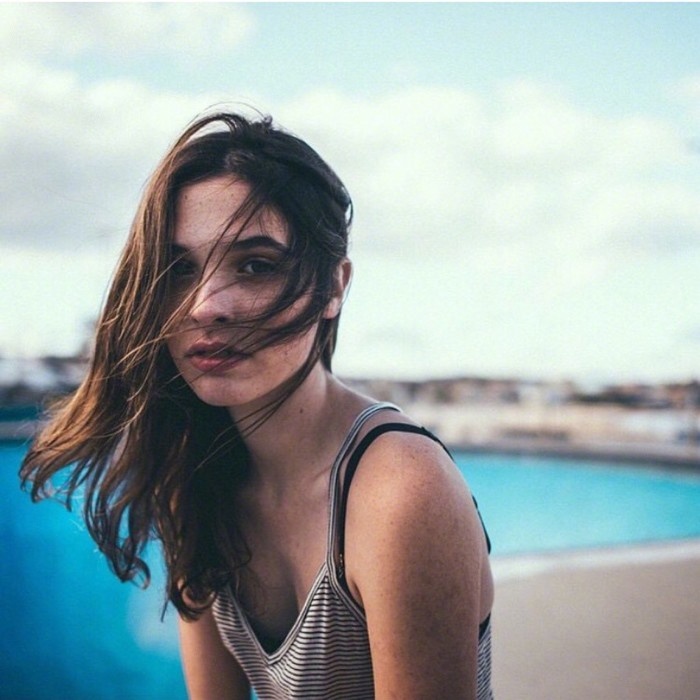 Bonnibel bowed silently. Something in the graceful flattery of his
words or tone jarred upon her. Besides, she was in such pain from her
ankle that she felt it an effort to speak.

He observed the whiteness of her face, and said quickly:

“Pardon me, but I fear you are suffering from your sprain.”

“Somewhat,” she admitted, through her white lips.

“Bear it as bravely as you can,” he said. “In a few minutes you will
be at home, and can have medical attention. Sprains are quite serious
things sometimes, though I hope yours may not result that way.”

“I hope not,” she echoed, growing paler and paler, and biting her lips
to repress the moan of pain that trembled on them. She was really
suffering acute pain from the twisted ankle.

He was silent a minute, studying the beautiful, pale face with admiring
eyes.

She looked up and met a world of deep sympathy shining on her from his
keen, dark eyes.

“I was very fortunate in meeting you, Colonel Carlyle,” she said,
gently. “Believe me, I am much indebted for your timely aid.”

“I am glad to have been of service to your father’s daughter,” said
the colonel, bowing. “I knew your father intimately in the army, Miss
Vere. We were friends, though the general was my junior in age and my
superior in rank. I have often wondered what poor Harry’s daughter was
like. He was so frank, so handsome, so chivalrous, so daring.”

The girl’s blue eyes lit up with pleasure at his praise of the father
who had died in her infancy, but whose memory she loved and revered.
She put out her hand, saying proudly:

“I thank you for your praise of him, Colonel Carlyle. Let my father’s
friend be mine also.”

And the wealthy colonel gave the little hand a fervent pressure,
feeling that those timely words of his had gained him a great
advantage–one of which he would not be slow to avail himself.

He was about to express his pride and satisfaction at her words in
glowing terms when, with a faint cry, she sank back against the
cushions and closed her eyes. She had succumbed to her pain in spite of
herself and fainted.

Fortunately they were within a block of the house. The colonel seated
himself beside her and supported her helpless head on his arm until
the carriage stopped in front of Mrs. Arnold’s splendid brown-stone
mansion. Then he carefully lifted the fair burden in his arms and
carried her across the pavement and up the steps, where he rang the
bell.

The obsequious servant who opened the door to him stared in surprise
and alarm at his burden, but silently threw open the drawing-room door,
where Felise and her mother sat in company with a few visitors.

Both sprang up in bewilderment as Colonel Carlyle entered with a bow
and laid the insensible Bonnibel down upon the sofa. She looked like
one dead as she lay there with her closed eyes and deathly-white face,
and limp hands hanging down helplessly.

“Miss Vere slipped and fell upon the ice,” he answered, “and has
sustained some serious injury. She has suffered much pain. Let her have
medical attendance at once.”

“But you,” said Felise, abruptly, and almost rudely. “How came you with
her?”

Colonel Carlyle looked at her in slight surprise.

“I was about crossing the pavement to enter my carriage,” he explained,
rather coolly, “when the accident occurred, and I had the happiness to
be of service in bringing her home.”

And Felise, as she watched him bending anxiously over the girl she
hated, wished in her heart that Bonnibel Vere might never recover from
the swoon that looked so much like death.