“‘Italia, oh, Italia, thou who hast
The fatal gift of beauty: which became
A funeral dower of present woes and past,'”

repeated the voice of a young man leaning from an upper window, and
looking down upon the antique streets of famous Rome.

“I think you have more taste for poetry than painting, Carl,” said a
second voice.

The scene is an artist’s studio, up four flights of stairs, and very
near the sky. A large skylight gives admission to the clear and radiant
light, and the windows are open for the soft breeze to enter the room,
though it is the month of December in that fair Italian clime, where it
is always summer. Pictures and palettes, statuettes and bronzes adorn
the walls, and somewhat litter the room, and its only two occupants
wear artists’ blouses, though one of the wearers sits idly at the
window gazing down into the street. He is blonde and stout, with gay
blue eyes, and is unmistakably German, while his darker companion, who
is busily painting away at a picture, is just as certainly an American.
They both bear their nationalities plainly in their faces.

“Poetry and painting are sister arts, I think,” said Carl Muller,
laughing. “The poets paint with words as we do with colors. They have
the advantage of us poor devils, for their word-paintings remain
beautiful forever, while our ochres crack and our crimsons fade.”

“You should turn poet, then, Carl.”

“I had some thought of it once,” said the mercurial Carl, laughing,
“but upon making trial of my powers, I found that I lacked the divine
afflatus.”

“Say rather that you lacked the more prosaic attribute that you lack in
painting–_industry_,” said the American.

“Whatever failing I may have in this respect is fully atoned for by
you, Leslie. Never saw I a poor dauber so deeply wedded to his art.
Your perseverance is simply marvelous.”

“It is the only way to conquer fame, Carl. There is no royal road to
success,” said the artist, painting busily away as he talked.

“The ‘malignant star’ in your case means _idleness_, Carl. You have
talent enough if you would but apply yourself. Up, up, man, and get to
your work.”

“It is impossible to conquer my constitutional inertia this evening,
Leslie. To-morrow I will vie with you in perseverance and labor like a
galley-slave,” laughed the German, stretching his lazy length out of
the window.

There was silence a few moments. Carl was absorbed in something going
on in the street below–perhaps a street fight between two fiery
Italians, or perhaps the more interesting sight of some pretty woman
going to mass or confession–while Leslie Dane’s brush moved on
unweariedly over his task. Evidently it was a labor of love.

“I should like to know where you get your models, Leslie,” said Carl
Muller, looking back into the room. “You do not have the Italian type
of women in your faces. What do you copy from?”

“Do you mean to say that you know a woman anywhere half as beautiful as
the women you put on your canvas?”

“I know one so transcendently lovely that the half of her beauty can
never be transferred to canvas,” said Leslie Dane, while a flush of
pride rose over his features.

“Whew!” said the German, comprehensively. “I thought you did not care
for women, Mr. Dane.”

“I know–but actions speak louder than words. You avoid them, you
decline invitations where you are likely to meet them, and the handsome
models vote you a perfect bear.” 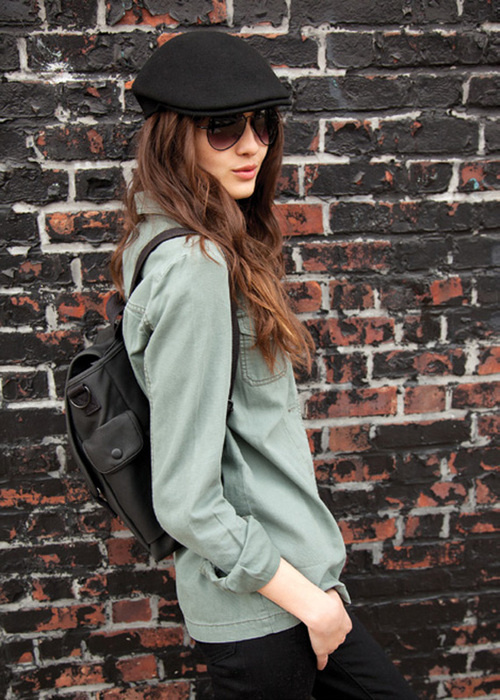 “Because there is but one woman in the whole world to me,” answered
Leslie Dane, and he paused a moment in his painting, and looked away
with a world of tenderness in his large, dark eyes.

“Yes, I suppose so,” said Leslie, resuming his work with a sigh to the
memory of the absent girl he loved.

“Love rules the court, the camp, the grove,
For love is heaven, and heaven is love,”

“Leslie, you will accompany me to the _fete_ to-night?” said he,
presently.

“Heavens, what a selfish fellow!” said Carl, turning back to the
window.

Silence fell between them again. The soft breeze came sighing in at the
window ruffling Carl’s sunny curls and caressing Leslie Dane’s cheek
with viewless fingers.

A pot of violets on the window ledge filled the air with delicate
perfume. After that evening the scent of violets always came to Leslie
Dane wedded to a painful memory.

There was a heavy step at the door. Their portly landlady pushed her
head into the room.

Carl Muller sprang up with alacrity.

He took the packet and went back to his seat, while his companion, with
a smothered sigh, went on with his work. It was quite true that no one
ever wrote to him, yet he still kept waiting and hoping for one dear
letter that never–never came.

“Ah, by Jove! but I was mistaken,” Carl broke out suddenly. “Hurrah,
Leslie, here’s a love letter from the girl you left behind you.”

He held up a little creamy-hued envelope, smooth and thick as satin,
addressed in a lady’s elegant hand, and Leslie Dane caught it almost
rudely from him. Carl gave a significant whistle and returned to his
own correspondence.

Leslie Dane tore open the letter so long waited and hoped for, and
devoured its contents with passionate impatience. It was very brief.
Let us glance over his shoulder and read what was written there:

“LESLIE,” she wrote, “your letters have kept coming and coming, and
every one has been like a stab to my heart. I pray you never to write
to me again, for I have repented in bitterness of spirit the blind
folly into which you led me that night. Oh, how could you do it? I
was but a child. I did not know what love meant, and I was bewildered
and carried away by your handsome face, and the romance of that
moonlight flitting. It was wicked, it was cruel, Leslie, to bind me
so, for, oh, God, I _love_ another now, and I never can be his! But
at least I will _never_ be yours. I have burned your letters, and I
shall hate your memory as long I live for the cruel wrong you did me.
God forgive you, for I never can!

Leslie Dane threw that dreadful letter down and ground it beneath his
heel as though it had been a deadly serpent. It was, for it had stung
him to the heart.

Carl Muller looked up at the strange sound of that grinding boot-heel,
and saw his friend standing fixedly staring, into vacancy, his dark
eyes blazing like coals of fire, his handsome face pallid as death, and
set in a tense look of awful despair and bitterness terrible to behold.

Carl Muller sprang up and shook him violently by the arm.

“My God! Leslie,” he cried, “what is it? What has happened to move you
so? Is there anyone dead?”

The handsome artist did not seem to hear him. He stood immovable save
for the horrid crunching of his boot-heel as it ground that fatal
letter into fragments.

Thus adjured Leslie Dane shook off his friend’s clasp roughly, and
strode across the room to a recess where a veiled picture hung against
the wall.

He had always refused to show it to his brother artist, but now he
pushed the covering aside, disclosing a female head surrounded by
silvery clouds like that of an angel. The face, framed in waving masses
of golden hair, was lighted by eyes of tender violet, and radiantly
beautiful.

“Look Carl,” said the artist in a changed and hollow voice, “is not
that the face of an angel?”

Carl Muller looked at the lovely face in wonder and delight.

“Beautiful, beautiful!” he exclaimed, “it is the face of a seraph!”

He stood still a moment looking at the fair young face smiling on him
in its radiant beauty, then caught up his brush and swept it across the
canvas.

One touch, the tender blue eyes were obliterated, another, and the
curved red lips were gone with their loving smile, another and another,
and the whole angelic vision was blotted from the canvas forever.