Felise was prepared to see her rival fall fainting at her feet.

She expected nothing less from the shock to the girl’s already
overwrought feelings, and in anticipation she already gloated over the
sight of her sufferings.

But she was mistaken. Bonnibel neither screamed nor fainted. She sat
like one dazed for a moment, her blue eyes riveted to the paper, and
her face growing white as death, while the two women who hated her
watched her with looks of triumph.

The next instant, with a bound like that of a wounded fawn seeking some
leafy covert in which to die, she sprang from her seat and rushed from
the room, clenching the fatal paper in her hand.

They could hear her light feet flying along the hall and up the stairs
to her own especial apartments.

The two wicked women looked at each other blankly.

“I did not expect her to take it that way,” said Mrs. Arnold.

“Nor I,” returned Felise. “I looked for a fainting spell, or some kind
of a tragic scene at least.”

“Perhaps she does not care much after all,” suggested Mrs. Arnold. “She
is young, and the young are proverbially fickle. She may have ceased to
love him.”

“No, she has not. I am confident of that, mother. Her face looked
dreadful when she went out. She is too proud to let us see how she is
wounded–that is all. She turned as white as a dead woman while she was
reading, and there was a hunted, desperate look in her eyes. Depend
upon it she is terribly stricken.”

“Do you think she will consent to marry Colonel Carlyle now, Felise?”

“I rather think she will after the awful alternative you placed before
her.”

“Did you hear our conversation, my dear?”

“Every word of it, mother. I must say you sustained your part
splendidly. I feared you would not display sufficient firmness, but you
came off with flying colors.”

Mrs. Arnold smiled. She was well-pleased at her daughter’s praise, for
though her life was devoted to the service of Felise, this scheming
girl seldom gave her a word or smile of commendation. She answered
quickly:

“I am glad you were pleased, my love. I tried to be as positive as you
wished me to be. I fancied I heard you under the window once.”

“I was there,” said Felise, with a laugh.

“She was very much shocked when I threatened to turn her out of doors,”
said Mrs. Arnold. “She looked at me quite wildly.”

“She will be more shocked when she finds you meant every word, for,
mother, if she does not accept Colonel Carlyle, you shall certainly
drive her away!” exclaimed Felise, and a wild and lurid gleam of hatred
fired her eyes as she spoke, that boded evil to the fair and innocent
girl upon whom she had sworn to take a terrible revenge.

Bonnibel flew up the stairs to her own room, still clenching the fatal
paper tightly in her hand, and locking her door, threw herself downward
upon the carpet and lay there like one dead.

She had not fainted. Every nerve was keenly alive and quivering with
pain. Her heart was beating in great, suffocating throbs, her throat
felt stiff and choked as if compressed by an iron hand, and her head
ached terribly as if someone had hurled a heavy stone upon it.

Her whole being seemed to be but one great pulse of intense agony,
yet she lay still and moveless, save that now and then a convulsive
clutch of the small hand pressed to her throat showed that life still
inhabited that beautiful frame.

Life! The thought came to her suddenly and painfully. She raised
herself slowly and heavily, as if the weight of her sorrow crushed
her down to earth, and the full realization of the terrible change
broke over her. Leslie Dane was _dead_. That graceful form, that
handsome face was hidden beneath the damp earth mould. The dark eyes
of her artist husband would never shine down upon her again with the
love-light beaming in them, those lips whose smiles she had loved so
well would never press hers again as they had done that night when he
had blessed her and called her his wife. But _she_–she was a living,
agonized creature, the plaything of fate–oh, God! she thought,
clasping her hands together wildly, oh, God! that she were dead and
lying in the grave with the loved one she would never see again. She
felt in all its passionate intensity the force of another’s heart-wrung
utterance.

Ah! Bonnibel, sweet Bonnibel! It is a dark world indeed on which your
tearful gaze looks forth! It has been the grave of hope to many, yet
destiny pushes us forward blindly, and we cannot stay her juggernaut
wheels as they roll over our hearts.

“I am eighteen years old, and I am a _widow_,” she moans at last, and
staggers blindly to her feet, pushing back the fair locks from her brow
with shaking hands. “_I am a widow!_”

Oh! the pathos of the words! As she speaks them she draws the blinds,
drops the curtains, and the room is shrouded in darkness. She has shut
out the world from the sight of suffering. You and I, my reader, will
turn aside, too, from the contemplation of that cruelly tried young
heart as it fights the battle in the gloom and silence.

“Who breathes must suffer; and who thinks must mourn;
And he alone is blessed who ne’er was born.”

Six days later Colonel Carlyle was ushered into Mrs. Arnold’s
drawing-room and sent up his card to Miss Vere.

After a slight delay she came gliding in, pale and pure as a snow-drop,
and demure as a little nun. Colonel Carlyle both felt and saw that some
subtle and indefinable change had come over her as he bowed over the
cold, white hand she placed in his.

It was a very warm day, even for May; but she was clothed from head to
foot in heavy mourning draped with crape. Her golden hair was brushed
straight back from her temples and gathered into a simple coil fastened
with a comb of jet. From that somber setting her fair face and bright
hair shone like a star.

“You are pale, Bonnibel; I trust you have not been ill,” exclaimed the
ancient suitor anxiously.

“I am as well as usual,” she answered, with a slight, cold smile. 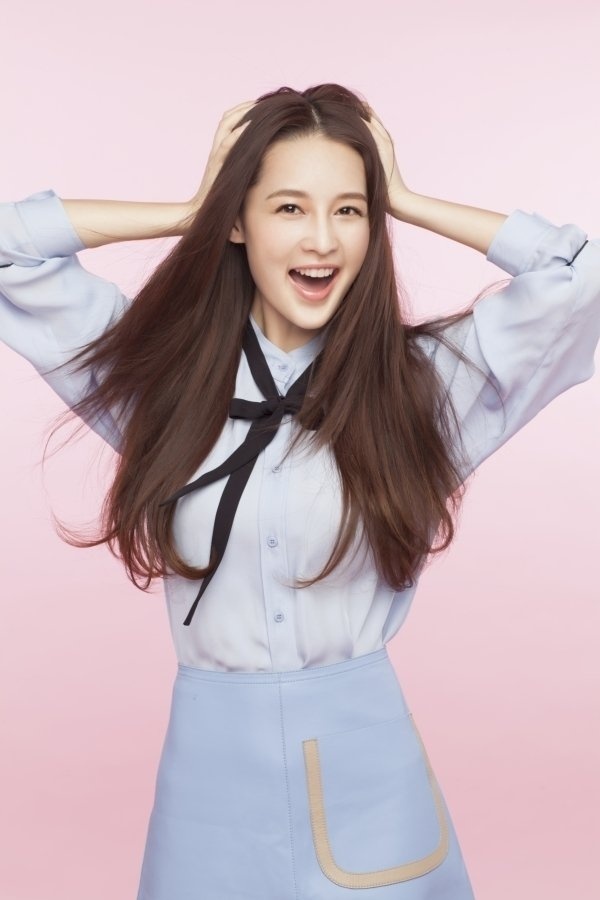 They sat down, and the ardent lover at once plunged into the subject
nearest his heart.

“Bonnibel, I have come for my answer, you know,” he said. “I hope and
trust it may be a favorable one.”

The girl’s sweeping lashes lifted a moment from her pale cheeks, and
her blue eyes regarded him sadly; but she did not speak. He bent down
and lifted her white, listless hand in his and held it fondly.

“My dear, shall it be yes?” he inquired. “Will you give me this
precious little treasure?”

Bonnibel looked down at the hand that lay in the colonel’s–it was the
one which wore the opal ring–that beautiful, changeful gem. Its colors
were dim and pale to-day. She shivered slightly, as if with cold.

“Colonel Carlyle, I told you when we spoke of this before that I did
not love you,” she said, faintly.

The colonel did not appear to be disheartened by this plaintive plea.

“At least you do not hate me, Bonnibel,” he said, half questioningly.

“Oh, no,” she answered quickly; “I like you very much, Colonel Carlyle.
You have been so very kind to me, you know–but it is only the liking
one has for a friend–it is in no way akin to love.”

“I will try to be contented with just your friendly liking, my dear
one, if you will give yourself to me,” he answered, eagerly.

“I believe I could give you a daughter’s affection, but never that of a
wife,” she murmured.

He did not in the least understand the swift, appealing look of the
eyes that were raised a moment to his own. A swift thought had rushed
over her and she had given it words:

“Oh, that he would adopt me for his daughter and save me from either
of those two alternatives that lie before me,” she thought, wildly.
“He might do so for papa’s sake, and I would make him a very devoted
daughter!”

But the sighing lover did not want a daughter–he was after a wife.

“I will take you even on those terms,” he replied. “Let me give you the
shelter of my name, and we will see if I cannot soon win a warmer place
in your heart.”

She shook her head and a heavy sigh drifted across her lips.

“Do not deceive yourself, Colonel Carlyle,” she said. “My heart is
dead. I shall never love any one.”

“Do you mean it?” she asked, earnestly. “The hand without the
heart–would that content you?”

“Yes,” he answered, bent on attaining his end, and foolishly believing
that he could teach her to love him. “Yes; am I to have it, Bonnibel?”

“It shall be as you wish,” she answered, quietly, and leaning slightly
forward she laid in his the hand she had withdrawn a while ago.

Colonel Carlyle was beside himself with rapture.

“A thousand thanks, my beautiful darling,” he exclaimed, pressing
passionate kisses on the small hand. “Nay, do not take it away so soon,
my love. Let me first place on it the pledge of our betrothal.”

Still and white as marble sat Bonnibel while the enraptured colonel
slipped over her taper forefinger a magnificent diamond ring, costly
enough for a queen to wear. Its brilliant stone flashed fire, and the
opal on her third finger seemed to grow dull and cold.

So Bonnibel had made her choice.

Her nature was tender, refined, luxurious. She was afraid of poverty
and cold, and darkness; yet if Leslie Dane had lived she would have
faced them all rather than have chosen Mrs. Arnold’s alternative.

But Leslie Dane was dead. Life was over and done for her. There was
nothing to do but to die or forget. Death would have come soon enough
in the streets, perhaps, but she was _so_ afraid of such a death. So
she took “the goods the gods provided,” and blindly threw herself
forward into the whirling vortex of fate.

It was not to be expected that Colonel Carlyle would be willing to
defer his happiness. He was well-stricken in years, and had no time to
spare in idle waiting. He therefore pressed Bonnibel to name an early
day for the wedding.

She had no choice in the matter, and allowed him to name the day
himself.

Armed with her permission, he consulted Mrs. Arnold in regard to the
earliest possible date for his happiness.

Mrs. Arnold, tutored by Felise, was all smiling graciousness, and
fully appreciated his eagerness. She thought it quite possible that a
suitable and elegant _trousseau_ might be provided for a wedding on the
twenty-fifth of June.