Colonel Carlyle soon misses his heart’s fair queen from the ball-room,
and immediately the whole enchanting scene becomes a desert in
his love-lorn eyes. He glances hither and thither; he wanders
disconsolately around, yet no flitting glimpse of his snow-maiden
rewards his eager eyes. She has vanished as completely from his sight
as if a sunbeam had shone down upon and dissolved her into a mist.

“Have you seen Bonnibel anywhere?” he inquires of Felise, meeting her
on her partner’s arm as he wandered around.

Felise looks up with a low, malicious laugh.

“Bonnibel?” she says. “Oh, yes; she and Byron Penn have been down on
the beach this half hour in the moonlight, composing sonnets.”

Her partner laughs and hurries her on, leaving the anxious old husband
standing in the floor like one dazed. A dozen people standing around
have heard the question and its answer. They nod and wink at each
other, for Colonel Carlyle’s patent jealousy has begun to make him a
laughing stock. After a moment he recollects himself and turns away.
People wonder if he will go out and confront the sentimental pair, and
a few couples, on curiosity bent, stroll out to watch his proceedings.
They are rewarded directly, for he comes out and takes his way down the
shore.

Felise’s assertion of a half an hour is merely a pleasant fiction. It
has not been ten minutes since she left the house on the arm of the
young poet. They are standing on the beach looking out at the glorious
sea, and the young man whose soul is so deeply imbued with poetry that
he can think and speak of nothing else, has been telling her what a
sweet poem is “Lucille,” Owen Meredith’s latest. He repeats a few
lines, and the girl inclines her head and tries to be attentive.

“O, being of beauty and bliss! seen and known
In the depths of my heart, and possessed there alone,
My days know thee not, and my lips name thee never,
Thy place in my poor life is vacant forever,
We have met, we have parted, no more is recorded
In my annals on earth.”

The pretty lines have a more attentive listener than Bonnibel. Her
husband has come up softly and unnoticed. He sees the graceful head
graciously inclined, hears the lines that Byron Penn has, unconsciously
to himself, made the vehicle for expressing his own sentiments, and his
heart quakes with fury. He strides before them, white and stern.

The young wife lifts her drooping head with a start and sees him
standing before her, wan, white and haggard, quite a different man from
the enraptured lover who had kissed and praised her but a little while
ago.

“I–oh, dear me–has anything happened, Colonel Carlyle? Are you ill?”
she falters, in her innocent unconsciousness.

“Will you come with me?” he repeats, grinding his teeth in a fury.

“Certainly,” she says, thinking that something dreadful must have
happened surely, and simply saying, “You will excuse me, Mr. Penn,” she
bows and turns away on her husband’s arm.

The handsome young fellow looks after them blankly.

“Upon my word,” he exclaims, “what a furious, uncalled-for outbreak of
jealousy! So that’s what it is to be an old man’s darling, is it? Truly
an enviable position for such a peerless angel.”

He throws himself down on the beach, to the detriment of his immaculate
evening costume, and resigns himself to some rather melancholy musings.

Meanwhile Bonnibel, as she walks away, again asks, with sweet
unconsciousness:

“_Has_ anything happened, Colonel Carlyle?”

“Let us go to your private parlor; I will tell you there,” he answers,
coldly.

Inside that safe retreat they confront each other in momentary silence,
Bonnibel anxious, troubled, and totally unconscious, Colonel Carlyle
pale with anger and wild, unreasoning jealousy, his brain on fire with
contending passions that have been seething there ever since Felise’s
consummate art had been employed to torture him this evening.

“Now you will tell me?” she inquires, standing before him with
loosely-clasped hands, the fleecy drapery falling from her shoulders,
the fairest vision his eyes ever rested upon.

“Bonnibel, you surely do not pretend to be ignorant that you have given
me cause for offense?” he exclaims, hoarsely.

Her blue eyes dilate; she retreats a step with genuine surprise
depicted on her face. Then she remembered her promise about waltzing.

“Surely, there is some misunderstanding,” she answers, slowly. “I
assure you, sir, that I have not waltzed any more since you asked me
not to do so.”

“You have done worse, much worse!” he exclaims, passionately, “and your
affectation of innocence must certainly be feigned. No woman in her
senses could be oblivious to the fact that your open flirtation with
that silly rhymester, Byron Penn, is simply scandalous.”

In his excitement he characterizes her offense in terms more forcible
than true. She is dumb with astonishment for a moment, then she walks
straight up to him, a blaze of color rushing over her face and neck,
while her eyes flash lightning scorn upon him.

“This to me!” she exclaims, her girlish voice ringing with passion
and resentment. “Such an accusation to Harry Vere’s daughter! Oh! for
shame! How dare you!” 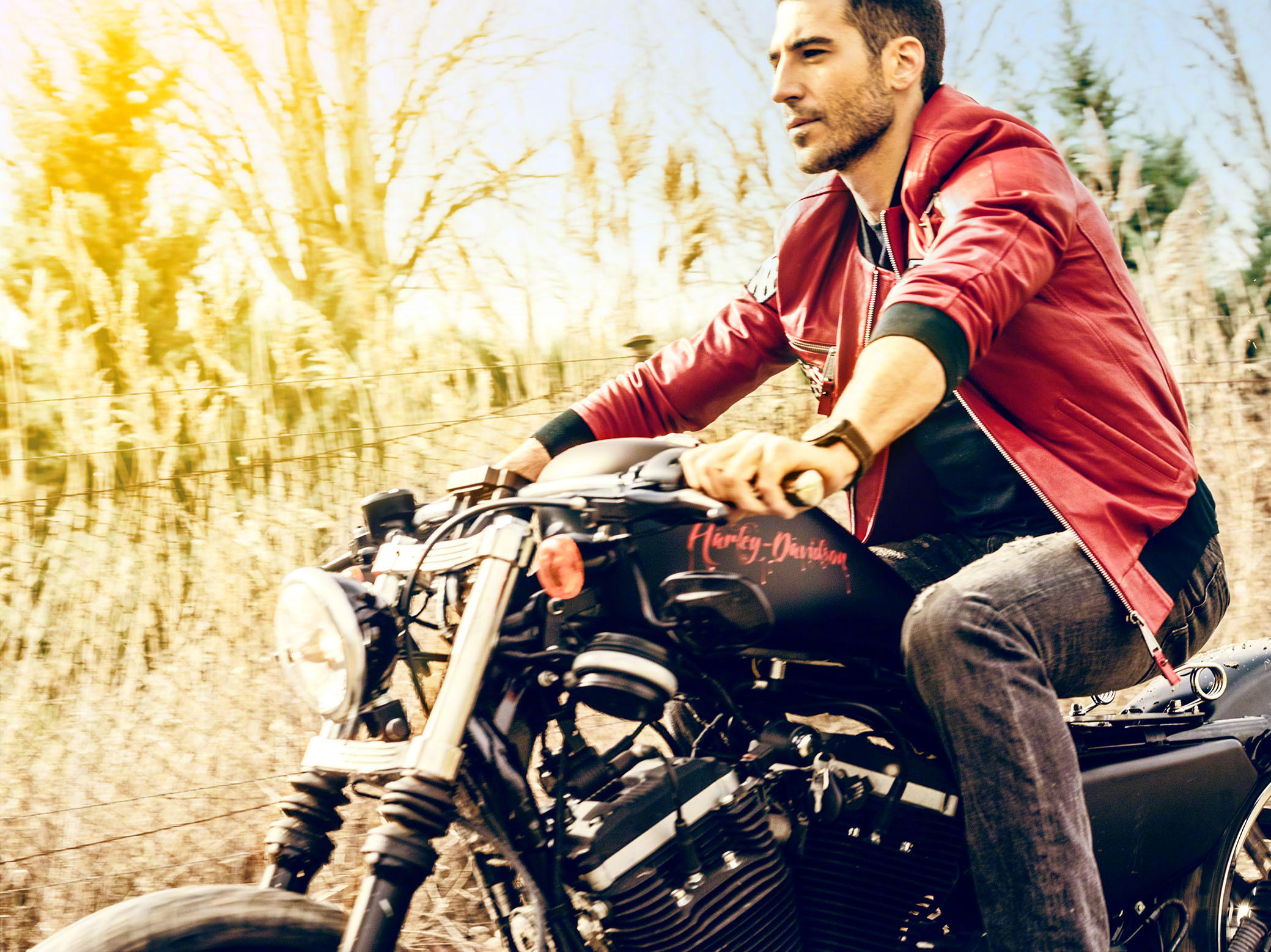 “You provoked it yourself,” he answers, retreating before her, for her
little hands were clenched wildly as if she would strike him down to
earth; “I gave you my honored name to wear–a name as proud as your
father’s–and you have dragged it through the mire of a moonlight
flirtation with a dandy, an idiot.”

“It is false,” she answers, proudly, “I never flirted in my life, I
should not know how to do it. And there was no harm in my short walk
down to the shore with Mr. Penn. No one could make harm of it except a
man blinded by jealousy!”

A glimmer of the truth had begun to dawn upon her. It angered him
bitterly to know that she had detected his weakness.

“I have been blinded by many things,” he answers, furiously. “I was
blinded by your beautiful face before I married you, and could not
see that you had never received the proper training and education to
fit you for the position to which I elevated you. My eyes have been
opened by your recent conduct, and I find you simply an unformed child,
utterly ignorant how to maintain your dignity as my wife!”

Word for word he is going over the specious sophistries of Felise, but
he is utterly unconscious of the fact. He has been merely a pliant tool
in her artful hands, but he believes that he has found out all these
facts for himself, and he asserts them with a perfect conviction of
truth.

For Bonnibel stands listening in stunned silence to his vehement
rhodomontade. She has walked away from him a little way, and stands
clinging to the back of a chair, as if to save herself from falling.
The angry flush has died out of her face, and she looks marble-cold,
and white even to her lips. As he pauses, she speaks in low, resentful
accents:

“Colonel Carlyle, you are the first man who has ever offered me an
insult!”

“An insult!” he exclaims. “Do you call the truth an insult? You talk
like a child and act like a child, Bonnibel. I see no other resource
before me than to put you at school and keep you there until you
learn the necessary amenities of social life which your uncle’s blind
indulgence aided and abetted you in ignoring.”

“Why not? You are quite young enough yet,” he answers, moodily. “Two
years at a convent school in Paris would give you the training and
finish you lack at present.”

“I assure you, sir, that my education has not been so totally neglected
as your words imply,” she answers from the depths of the arm-chair into
which she has wearily fallen. “My Uncle Francis, though he loved me
too well to send me away from him to school, always provided me with
competent governesses, and if my training does not do them credit it is
my own fault, not his; so I beg that you will not needlessly reflect on
his memory.”

He was silent a moment, pacing restlessly up and down the floor. An
unconscious pathos in her words had stung him into reflection. “My
Uncle Francis loved me too well to send me away from him,” has touched
a responsive chord in his own heart. Her uncle had loved her like that,
yet he, her husband, bound to her by the dearest tie on earth, could
talk of sending her away from him like a naughty child that, having
disobeyed, must be punished for its fault.

“_Could_ I do it?” he asked himself, suddenly. “I love her as my own
life, though her childish follies drive me mad with jealousy. I am
growing old–could I lose her out of my life two precious years when my
span of existence may be so short? No, no, fool that I was to threaten
her so; I will retract it if I can without compromising my dignity.”

He paused before her and said abruptly:

“I understand from your words then, Bonnibel, that you refuse your
consent to my proposed plan?”

To his surprise and confusion she lifted her head with a proud,
stag-like motion, and said icily:

“_Au contraire_, sir, I think well of it, and fully agree with you that
I need more training and polish to fit me for the exalted position I
occupy as your wife!”

The fine, delicate irony of her tone could not fail to strike him
keenly.

He tried to ignore it as he said in a voice that betrayed nothing of
his conflicting emotions:

“My proposed course meets with your full approval, then, madam?”

She inclines her head with stately grace.

“I cannot think of anything at present, Colonel Carlyle, that would
please me so well as a few years at a Parisian school such as you
mentioned.”

“She is only too glad to have an opportunity of separating herself from
me,” he thinks, bitterly; but aloud he answers coldly, “So be it; I
shall be happy to meet your wishes.”