Colonel Carlyle would fain have lingered in Bonnibel’s apartment
and asked for some explanation of her fainting spell, which he was
convinced was the result of her meeting with the artist, although her
simple assertion of striking her head against the _jardiniere_ had
deceived all others except himself, as it might have deceived him but
for the warning of the masked sibyl.

But it was quite true that she had hurt her head, and when the faithful
Lucy parted the thick locks and began to dress the slight wound,
her young mistress turned so ghastly pale and closed her eyes so
wearily that the jealous old man saw that it was no fitting time for
recrimination, and went away to attend to his guests, half-resolved to
have it out with the artist himself.

But calmer thoughts stepped in and forbade this indulgence of his
spleen. After all, what could he say to the young man? What did he know
wherewith to accuse him? His anonymous informant had only said that his
wife and the artist had been former lovers. What, then? How the gay
world would have laughed if he picked a quarrel with the lion of the
hour on such a charge as that.

Many of the women whom Colonel Carlyle knew would have deemed it an
honor to have been loved either in the past or present by the gifted
artist. No, there was nothing he could say to the man on the subject,
yet he determined that he would at least watch him closely, and if–if
there should be even the faintest attempt on his part to revive the
intimacy of the past, then woe unto him, for Colonel Carlyle was nerved
to almost any act of frenzy.

Bonnibel lifted her head when the colonel was gone and looked at her
faithful attendant with a face on which death itself seemed to have set
its seal.

“Oh, me! Miss Bonnibel, you are as white as a ghost,” exclaimed Lucy.
“And no wonder! It is a bad cut, though not very deep. Does it hurt you
very much?”

“What are you talking of, Lucy? What _should_ hurt me?” inquired her
mistress in a wild, startled tone, showing that she had quite forgotten
her wound.

“Why, the cut on your head, to be sure,” said Lucy in surprise.

“Oh! Heaven, I had forgotten that,” moaned the poor young creature. “I
do not feel the pain, Lucy, for the wound in my heart is much deeper.
It is of that only I am thinking.”

She bowed her face in her hands and deep, smothered moans shook her
from head to foot. The delicate frame reeled and shook with emotion
like some slender reed shaken by a storm.

Lucy knelt down at her feet and implored her mistress to tell her what
she could do to help her in her trouble, whatever it might be.

“Miss Bonnibel,” she urged, “tell me something that I can do for
you–anything, no matter what, to help you out of your trouble if I
can.”

Bonnibel hushed her sobs by a great effort of will, and looked down at
the faithful creature.

“Bring me my writing-desk, Lucy,” she said, “and I will tell you what
you can do for me.”

Bonnibel took out a creamy white sheet, smooth as satin, and wrote a
few lines upon it with a shaking hand. Then she dashed her pen several
times through the elaborate monogram “B.C.” at the top of the sheet.

“Lucy,” she said, as she inclosed her note in an envelope and hastily
addressed it, “do you remember a gentleman who used to visit at Sea
View before my Uncle Francis died–a Mr. Dane?”

“Perfectly well, ma’am,” Lucy responded, promptly. “He was an artist.”

“Yes, he was an artist. Should you know him again, Lucy?”

“I think I should, ma’am. He was very handsome, with dark eyes and
hair,” said the girl, who was by no means behind her sex in her
appreciation of manly beauty.

“He is down-stairs now, Lucy–he is one of our guests to-night,” said
Bonnibel, with a heavy sigh.

“Is it possible, ma’am?” exclaimed the girl, in surprise. “I
thought–at least I heard–Miss Herbert’s maid told me a long while ago
that Mr. Dane was dead.”

“There was some mistake,” answered Bonnibel, drearily. “He is alive–I
have seen him. And now, Lucy, I will tell you what I wish you to do.”

“You will take this note, my good girl, and go down-stairs and put it
in the hands of Mr. Dane, if you can find him. Try and deliver it to
him unobserved, and bring me back his answer.”

“I will find him if he is to be found anywhere,” said Lucy, taking the
note and departing on her secret mission. 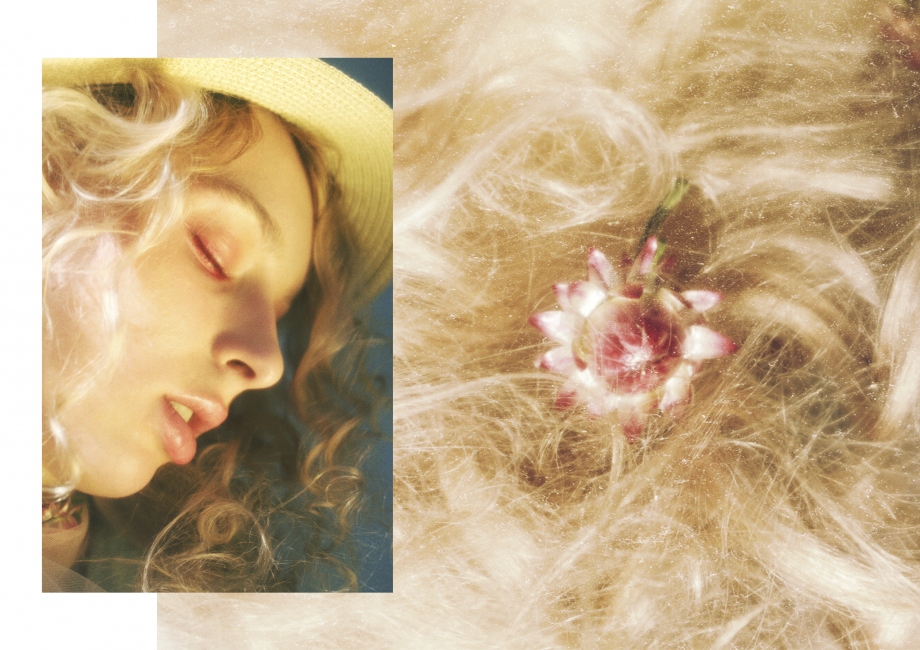 Leslie Dane’s first passionate impulse after his abrupt meeting with
his lost wife was to leave the house which sheltered her false head.

But as he was about to put his resolve into execution he was accosted
by a group of ladies and detained for half an hour listening to an idle
hum of words, from which he longed to tear himself away in the frenzy
of scorn and indignation which possessed him.

At length he excused himself, and was about passing through the
deserted hall on his way out when he encountered Bonnibel’s maid.

Lucy had, like many illiterate persons, a keen recollection of faces.
She knew the artist immediately.

“You are Mr. Dane,” she said, going up to him after a keen glance
around to see if she were unobserved.

“Yes,” he answered, looking at her in wonder.

“I have a note for you, sir. Please read it and give me an answer at
once.”

He took it, tore off the envelope, and read the few lines that Bonnibel
had penned, while a frown gathered on his brow.

He took a gold pencil from his pocket and hastily scribbled a few lines
on the back of Bonnibel’s sheet. Lucy, watching him curiously under the
glare of gas-light, saw that he was deadly pale, and trembled like a
leaf.

“Give this to your mistress,” he said, putting the sheet back in the
torn envelope, “and tell her that I am gone.”

He turned away and walked rapidly out of sight.

Lucy sighed, she could not have told why, and turned back along the
hall.

“Hold, girl!” exclaimed a hoarse, passionate voice behind her.

She turned in a fright, and saw Colonel Carlyle just behind her, his
features distorted by rage and passion. He caught her arm violently and
tore the note from her grasp.

“I will myself deliver this note to your mistress,” he said, “and as
for you, girl, go!”

He dragged her along the hallway to the open door, and pushed her out
violently into the street, bareheaded and with no wrapping to protect
her frail, womanly form from the rigors of the wintry night.

“Go, creature!” he thundered after her, “go, false minion of a false
woman, and never darken these doors again with your hated presence!”

Lucy sank down upon the wet and sleety pavement with a moan of pain,
and Colonel Carlyle closed and locked the door upon her defenseless
form.

Rage had transformed the courteous old man into something more
fiend-like than human.

As soon as he had disposed of his wife’s attendant so summarily he
turned his attention to the note he had wrested from her reluctant
grasp.

Retiring into a deserted ante-room he opened and read it as coolly as
if it had been addressed to himself.

What he read caused the veins to start out upon his forehead like great
twisted cords, and his lips to writhe, while his face grew purple, and
his eyes almost started from their sockets.

“Leslie, forgive me if you can. Before God, I wronged you innocently!
I thought you _dead_! If there is one spark of pity or honor in your
breast _keep my secret_. It would _kill_ me to have it known to
the _world_! I will go away from here and hide myself in obscurity
forever! Of course I cannot remain with Colonel Carlyle a day longer.
You seemed very angry to-night–your eyes flashed lurid lightnings
upon me. I pray you, do not believe me willfully guilty–do not
betray me for the sake of revenge! The shame, the horror, the
disgrace of _our fatal secret_ will kill me soon enough.

Looking at the top of the page he saw that she had dashed her pen
several times through her monogram. He gnashed his teeth at the sight.

“What could she possibly mean by it?” he asked himself, as he turned
the sheet and read the artist’s reply:

“Do not fear for your proud position, Bonnibel. Mine is the last
hand upon earth that would drag you down from it! Pursue your wonted
way in peace and serenity. You need not go away–that is for me to
do. God knows I would never have come here to-night had I dreamed of
meeting _you_! But try to forget it! To-morrow I shall have passed
out of your life forever, and that most deplorable _secret_ will be
as safe with me as if I really were dead!

Colonel Carlyle crumpled those strange, unfathomable notes into his
breast-pocket, and went out with ominous calm to bid adieu to his
parting guests.

They had enjoyed themselves so much, they said, and with many regrets
for Mrs. Carlyle’s unfortunate accident they hastened their departure.