Bonnibel sat crouching in her chair, a prey to the most hopeless
misery, waiting for Lucy’s return.

She was stunned and bewildered by the force and suddenness of the blow
that had stricken her.

One tangible thought alone ran through the mass of confused and
conflicting feeling.

It was that she must fly, at all hazards, from her humiliating position
in Colonel Carlyle’s house.

She did not know where she would go, or how she would manage her
flight. She would leave it all to Lucy.

The girl was clear-headed and intelligent. They would go away together,
and Lucy would find a hiding-place somewhere for her wretched head.

But, oh! the shame, the misery of it all!

Leslie Dane was alive, yet she who was his wife in the sight of Heaven
dare not rejoice in the knowledge. His resurrection from his supposed
death had fixed a blighting hand upon her beautiful brow.

“Oh, God!” she moaned, wringing her white hands helplessly, “what have
I done to deserve this heavy cross?”

The minutes passed slowly, but Lucy did not return. The little French
_pendule_ on the mantel chimed the quarters of the hour three times
while Bonnibel sat drooping in her chair alone. Then the door was
pushed rudely open and Colonel Carlyle entered.

In her dumb agony the creature failed to look up or even to distinguish
the difference in the step of Colonel Carlyle.

“You saw him, Lucy?” she asked, without lifting her head.

There was no reply.

She looked up in surprise at the girl’s silence and saw Colonel Carlyle
standing in the center of the room regarding her fixedly.

Bonnibel had seen him jealous and enraged before, but she had never
seen him look as he did then.

The veins stood on his forehead like thick, knotted cords. His face was
purple with excitement, his eyes glared like those of a wild animal,
his hands were clenched. It seemed as though he only restrained himself
by a powerful effort of will from springing upon and rending her to
pieces.

Thus convulsed and speechless he stood gazing down upon her.

“Oh, Colonel Carlyle, you are ill,” she exclaimed, regarding him in
terror. “Shall I not ring for assistance?”

He did not answer, but continued to gaze upon her in the same stony
silence.

Fearing that he was suddenly seized with some kind of a fit, she sprang
up and shook him violently by the arm.

But he shook off her grasp with such force and passion that she lost
her balance and fell heavily to the floor.

Half stunned by the violence of the fall she lay quite still a moment,
with closed eyes and gasping breath.

He looked at her as she lay there like a broken flower, but made no
effort to assist her.

Presently the dark blue eyes flashed open and looked up at him with a
quiet scorn in their lovely depths. She made no effort to rise, and
when she spoke her voice startled him with its tragic ring.

“Finish your work, Colonel Carlyle,” she said, in those deep tones.
“I will thank you and bless you if you will strike one fatal blow that
shall lay me dead at your feet.”

Something in the words or the tone struck an arrow of remorse into his
soul. He bent down and lifted the slight form, gently placing her back
in her chair.

“Pardon me,” he said, coldly, “I did not mean to hurt you, but you
should not have touched me. I could not bear the touch of your hand.”

She lifted her fair face and looked at him in wonder.

“Colonel Carlyle, what have I done to _you_?” she asked, in a voice of
strange pathos.

“You have wronged me,” he answered, bitterly.

Her face blanched to a hue even more deathly than before, at his
meaning words. What did he suspect? What did he know?

“I know all,” he continued, sternly.

For a moment she dropped her face in her hands and turned crimson from
brow to throat under his merciless gaze, then she looked up at him
proudly, and said, almost defiantly:

“If, indeed, you know all, Colonel Carlyle, you know, of a truth, that
I did not wrong you willfully.”

He was silent a moment, drawing her crumpled note from his breast and
smoothing out the folds.

“This is all I know,” he said, holding it up before her eyes. “This
tells me that you have wronged me, that you have a dreadful secret–you
and the man at whose feet you fainted to-night. You must tell me that
secret now.”

“Where did you get the note?” she panted, breathlessly.

“Perhaps the artist gave it to me!” he sneered.

“I will not believe it,” she said, passionately. “Lucy–where is Lucy?”

“She is out in the street where I thrust her when I found her with this
note,” he answered, harshly. “It is enough that my roof must shelter a
false wife, it shall not protect her false minion!”

“Out in the street!” gasped Bonnibel, hoarsely. “In the cold and the
darkness. My poor Lucy! Let me go, too, then; I will find her and go
away with her. We will neither of us trouble you!”

She was rushing to the door, but he pushed her back into her seat,
locked the door and put the key into his pocket. 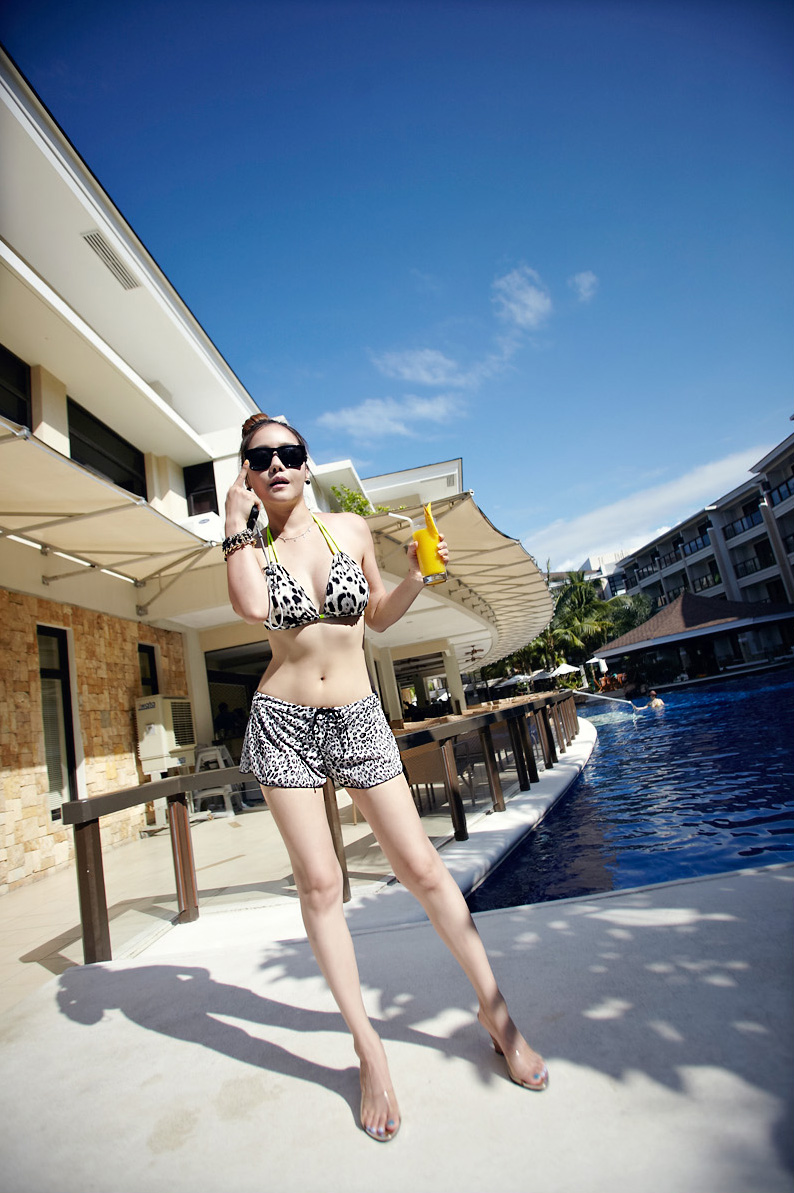 “We will see if you shall disgrace me thus,” he cried out. “You
would fly from me, you said. And where? Perhaps to the arms of your
artist-lover! You would heap this disgrace on the head of an old man,
whose only fault has been that he loved you too well and trusted you
too blindly.”

She shivered as he denounced her so cruelly; but not one word of
defiance came from her pale, writhing lips. The fair face was hidden in
her hands, the golden hair fell about her like a veil.

“But I will protect my honor,” he continued, harshly. “I will see that
you do not desert me and make my name a by-word for the scorn of the
world. You shall stay with me, even though I am tempted to hate you;
you shall stay with me if I have to keep you _imprisoned_ to save my
honor!”

She looked up at him wildly.

“Oh, for God’s sake, let me go!” she said. “In pity for me, in pity
for yourself, let me go away from you forever! It is wrong for me to
stay–I ought to go, I must go! Let the world say what it will–tell
them I am dead, or tell them I am mad, and chained in the walls
of a mad-house! Tell them anything that will save your honorable
name from shame, but let me go from under this roof, where I cannot
breathe–where the air stifles me!”

“It must indeed be a fatal secret that can make you rave so wildly,” he
answered, bitterly. “Let me hear it, Bonnibel, and judge for myself if
it is sufficient to exile my wife from my home and heart.”

She shivered at the words.

“Oh! indeed it is sufficient,” she moaned, wringing her hands in
anguish. “I implore you to let me go.”

“Let me be the judge,” he answered again. “Tell me your reasons for
this wild step.”

She was silent from sheer despair.

“Bonnibel, will you tell me the secret?” he urged, feverishly.

“I cannot. I cannot! Do not ask me!” she answered pleadingly.

“What if I demand it from Mr. Dane?” he said, threateningly.

“I do not believe he will tell you,” she answered bitterly. “If he did
you would regret that you learned it. Oh! believe me, Colonel Carlyle,
that ‘ignorance is bliss’ to you in this case. Oh! be merciful and let
me go!”

“Would you know what answer your artist lover sent to your wild
appeal?” he exclaimed abruptly.

She looked at him wildly. He straightened out the sheet and read over
the words that Leslie Dane had written, in a bitter, mocking tone.

“Leslie Dane,” he repeated. “Leslie Dane! Why, this is the first time
I have caught the villain’s name aright! It seems familiar. I have
heard it somewhere long ago–let me think.”

In a sudden excess of excitement he dropped the note and paced
furiously up and down the room. Bonnibel watched him forlornly under
her drooping lashes.

He stopped suddenly with a violent start, and looked at her sternly.

“I have it now,” he said triumphantly. “My God! it is worse than I
thought; but when I knew his real name it all rushed over me! Yes,
Bonnibel, I know the fatal secret now, that you, oh! my God, share with
that miserable wretch!”

“I do know it,” he answered sternly. “I remember it all now. Leslie
Dane is that guilty man who rests at this moment under the charge of
murdering your uncle!”

“It is false!” she exclaimed, confronting him indignantly. “No one ever
breathed such a foul aspersion upon Leslie Dane but you!”

“Great God! do you deny it?” he exclaimed in genuine surprise and
amazement. “Surely your brain is turned, Bonnibel. Everyone knows that
Leslie Dane was convicted of the murder on circumstantial evidence;
everyone knows that he fled the country and has been in hiding ever
since. But the fatal charge is still hanging over his head.”

“I have never heard such a thing before, never! And I would believe
that Leslie Dane was guiltless in the face of all the evidence in the
world! He is the very soul of honor! He could not do a cowardly act
to save his life!” exclaimed Bonnibel, springing up in a fever of
passionate excitement.

Colonel Carlyle was fairly maddened by her words.

“You shall see whether he be guilty or not,” he exclaimed, leaving the
room in a rage.

Bonnibel heard the key grate in the lock outside, and discovered, to
her dismay, that she was Colonel Carlyle’s prisoner in truth.