Alas for that one triumphant night of Felise Herbert. It was succeeded
by a day of disappointment.

It was scarcely noon before she heard that Colonel Carlyle had caused
the arrest of Leslie Dane upon the charge of murdering Mr. Arnold, and
that he had been committed to prison to await a requisition from the
governor of New Jersey, in which State the deed had been committed.
Mrs. Arnold entering her room in a tremor of nervous agitation, found
her pacing the floor, wildly gesticulating, and muttering to herself,
in terms of the fiercest denunciation, anathemas against Colonel
Carlyle.

“The miserable old dotard!” she exclaimed, furiously. “To think that
his madness should have carried him to such lengths! Just when I felt
so sure of my revenge he has balked me of my satisfaction and imperiled
my safety by his jealous madness!”

“Felise, you have heard all, then?” exclaimed Mrs. Arnold, anxiously.

Felise turned her blazing dark eyes toward her mother, and Mrs. Arnold
shuddered.

“All, all!” she echoed passionately; “ill news flies apace!”

“Felise, I feared this!” exclaimed Mrs. Arnold. “You were
over-confident last night. Who could tell what form that old man’s
madness would take?”

“Who, indeed!” cried her daughter passionately. “And yet my theory
seemed so plausible–who could have dreamed of its failure? But for him
all would have gone as I planned it! But you cannot dream, mother, what
that besotted old villain had the audacity to do!”

“It is not possible he suspected your complicity in the affair,
Felise–he has taken no steps against _us_?” wildly questioned the
mother as she sank into a chair half-fainting with terror.

“No, no, he has not done that, mother–his deviltry took another form.”

“What, then, my dear? Oh! Felise, do sit down and calm yourself, and
let us talk this matter over quietly,” implored Mrs. Arnold anxiously.

“Calm myself–ha, ha, ha, when the blood in my veins has turned to
molten fire, and is burning me to ashes! You are an iceberg, mother,
with your cold words and calm looks, but you cannot put out the fire
that is raging within me! Surely I must be wholly my father’s child!
There is nothing of you about me–nothing!”

“Yes, she is like her father–the more pity! For there was madness in
his blood,” Mrs. Arnold muttered inaudibly; “and I, oh! God–all my
life I have fostered her evil passions, in my greed of gold, until now,
when her reason totters on the brink of insanity. Oh! that I might undo
my part in this fearful tragedy, and save her from the gulf that yawns
beneath her feet!”

Overcome by her late remorse and terrible forebodings, she hid her face
in her hands while a nervous trembling seized upon her from head to
foot. Felise paused in her frenzied walk and eyed her curiously.

“Mother, are you turning coward in the face of danger?” she asked, with
a ring of contempt in her voice.

There was no reply. The bowed face still rested on the trembling hands,
the form still shook with nervous terror. Something in the weakness
and forlornness of that drooping attitude in the mother who had
subordinated everything else to her daughter’s welfare, struck like a
chill upon Felise, and partially tamed the devil raging within her. She
spoke in a gentler tone:

“Rouse yourself, mother. See! I have quite sobered down, and am ready
to discuss the matter as calmly and dispassionately as you could wish.
Ask what you please, and I will answer.” 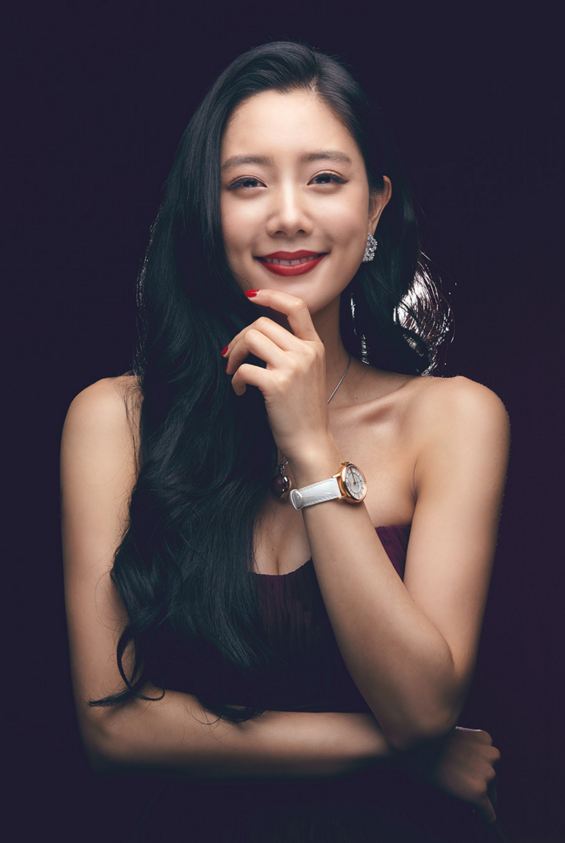 Mrs. Arnold looked up, taking new heart as she saw that Felise still
retained the power to subdue her fiery passions.

“Then tell me, dear, what else Colonel Carlyle has done besides causing
Leslie Dane’s arrest,” said her mother.

Felise grasped the arms of her chair and held herself within it by a
frenzied effort of will. Her voice was low and intense as she answered:

“Mother–he found out that Bonnibel was about to fly from him last
night–just as I told you she would, you remember–and he–he actually
locked her into her rooms, turned Lucy Moore, her maid, into the
street–and is keeping his wife a prisoner to prevent her escape.”

Mrs. Arnold was too astonished to speak for a minute or two. At length
she found voice to utter:

“How know you that, Felise?”

“I have a spy in the chateau, mother–nothing that transpires there
remains long unknown to me,” returned the daughter, calmly.

Again there was momentary silence and surprise. Mrs. Arnold’s weaker
nature was sometimes confounded by a new discovery of her daughter’s
powerful capabilities for evil.

“What must Bonnibel’s feelings be under the circumstances?” she
exclaimed at last.

“I cannot imagine,” was the dry response.

“Will she confess the truth to him, do you think?”

“I cannot tell; I hope she _will not_,” said Felise with strong
emphasis.

“I thought you wished him to know the truth. Was not that a part of
your cherished scheme of revenge?”

“Yes, it was, but ‘there’s many a slip ‘twixt the cup and the lip,’ you
know. And now that he has prevented her escape with Leslie Dane, and
caused the artist’s arrest, the only chance of safety for you and me
lies in his keeping her a close prisoner until the trial is over.”

“What can that avail us, Felise?”

“Can you not see?” exclaimed Felise impatiently. “Leslie Dane must
be sacrificed to save us. He must be convicted by circumstantial
evidence, and punished. Bonnibel is the only person who could prove his
innocence. Let her keep out of the way and all will go well with us.
Should she appear at the trial then discovery and ruin stare us in the
face.”

“But you forget, my dear, that Leslie Dane can prove his own _alibi_
by the minister who married him that night, even though we could
procure Bonnibel’s silence.”

“Yes, he could, certainly, but the question is, would he? I am quite
sure he would not.”

“But why should he be silent when his life would most probably pay the
forfeit?” exclaimed Mrs. Arnold, with a slight shudder.

“Mother, there are men who would die for an over-strained point of
honor. From all that I can gather from his intercepted letters, Leslie
Dane is precisely that sort of a man. He is a Southerner, you know–a
Floridian. You have been in the South, and you know that its natives
are proud, chivalrous, honorable to the highest degree! Well, he can
have no means of knowing that Bonnibel is imprisoned by her husband–of
course the proud old colonel will keep that fact a dead secret, and
invent some plausible excuse for her retirement from society. The
artist can therefore attribute her absence from the trial to but one
thing.”

“And that?” queried Mrs. Arnold.

“He will think that Bonnibel is silent because she would sooner
sacrifice him than lose her prestige in society, and her brilliant
position as the wife of Colonel Carlyle. He will scorn to betray her
secret, and will go to his death with the self-sacrifice of a martyr.”

“But suppose Colonel Carlyle should let Bonnibel go free? What then?”

“He will not do so, mother. I have sent him an anonymous letter to-day
that will fairly madden him with jealousy. He will never unlock her
prison-door until the grass is growing over the handsome face of Leslie
Dane.”