“Words fail me, Colonel Carlyle, when I try to express my burning
sense of your injustice in this high-handed outrage! What, in this
enlightened age, in this nineteenth century, do men turn palaces into
prisons, and debar weak women of their liberties? Am I a slave that you
have turned your keys upon me, and set hirelings and slaves to watch
me? Am I a criminal? If so, where is my crime?”

A long and elegant saloon in a beautiful palace in Italy. The rich
curtains of silk and lace are looped back from the windows, and the
view outside is the beautiful Bay of Naples with the clear, blue, sunny
sky reflected in its blue and sparkling waves. A garden lies below the
windows, rich, in this tropical clime, with beautiful flowers, and
vines and shrubbery, while groves of oranges, lemons, figs and dates
abound in lavish luxuriance. Within the room that was furnished with
princely magnificence and taste, were a man and a woman, the man old,
and bowed, and broken, the woman young and more beautiful than it
often falls to the lot of women to be. Her delicate features, chiseled
with the rare perfection of a head carved in cameo, were flushed with
passion, and the glow of anger shone through the pure, transparent
skin, tinting it with an unusual bloom. As she walked restlessly up and
down the room, in her trailing robe of soft azure hue, her sea-blue
eyes blazed under their drooping lashes until they looked black with
excitement.

“I tell you,” she said, pausing a moment, as no answer came to her
passionate outburst, and facing the man before her with a slim,
uplifted finger, as if in menace, “I tell you, Colonel Carlyle, that
the vengeance of Heaven will fall upon you for this cruel, unmanly
deed! Oh, how can you forget your sense of honor as a soldier and a
gentleman, and descend to an act so ignoble and unworthy? To imprison a
weak and helpless woman, who has no friend or defender save Heaven! Oh,
for shame, for shame!”

His eyes fell before the unbearable scorn in hers, and he turned as if
to leave the room. But half way to the door he paused and came back to
her.

“Bonnibel,” he said, sternly, “cease this wild raving, and calm
yourself. My troubles are hard enough to bear without the additional
weight of unmerited reproaches from you. I am of all men the most
miserable.”

She shook off the hand with which he attempted to lead her to a seat,
as if there had been contagion in the mere contact of his white,
aristocratic fingers.

“No, do not touch me!” she exclaimed, wildly. “At least spare me that
indignity. All other relations that have existed between us are altered
now, and merged simply into this–I am your prisoner, and you are my
jailer. The eagle spurns the hand of its captor. Remember, there is
proud, untamable blood in my veins that will not be subdued. I am Harry
Vere’s daughter.”

Bonnibel saw him wince as the name of her beloved father passed her
lips.

“Ah, you are not lost to all sense of shame,” she cried. “You can
tremble at the name of the hero you have wronged through his helpless
daughter! Oh, Colonel Carlyle, by the memory of my father, whom you
pretended to love and honor, I beg you to let me go free from this
place.”

Her angry recklessness had broken down suddenly into pathetic pleading.
Her slender hands were locked together, her eyes were lifted to his
with great, raining tears shining in them. He turned half away,
trembling in spite of his iron will at sight of those tearful eyes, and
parted, quivering lips.

“Bonnibel,” he answered, in a voice of repressed emotion, “my suffering
at the course I have found myself compelled to pursue with you is
greater than your own. I love you with all the strength of a man’s
heart, and yet I am almost compelled to believe you the falsest of
women. And yet, through all the distrust and suspicion which your
recent conduct has forced me to harbor, the instinct that bids me have
faith in the honor of Harry Vere’s daughter is so much beyond the mere
power of my reason that at one little promise from your lips you might
this moment go free!”

“And that promise?” she asked, dashing the blinding tears away from her
eyes and looking into his face.

“Bonnibel, on the night when I presumed to lock you into your chamber
you were about to fly from me–to what fate I know not, but–I feared
the worst. Think of the shame, the disgrace, the agony I must have
endured from your desertion! Can you wonder that I took stringent
measures to prevent you from carrying your wild project into execution?
I would have laid you _dead_ at my feet before you should have broken
my heart and made me a target for the scorn of the world.”

She did not flinch as he uttered the emphatic words and looked keenly
into her face. She thought of herself vaguely as of one lying dead at
the feet of that stern, old, white-haired man, yet the passing thought
came to her indifferently as to one who was bearing the burden of a
“life more pathetic than death.” She felt no anger rising within her
at the threat. Only a faint, stifled yearning awoke within her for a
moment as his stern voice evoked a vision of the rest and peace of the
grave. 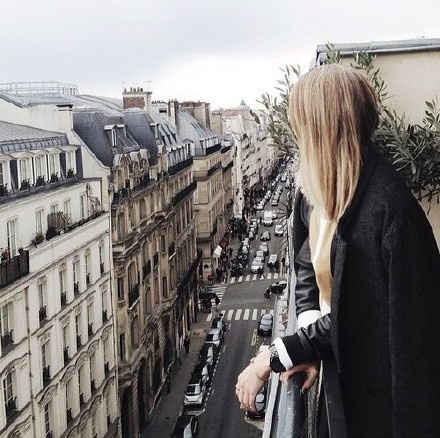 “You see how strongly I feel on this subject, my wife,” he continued,
after a long pause, “yet even now you shall go free if you will give me
your sacred word of honor, by the memory of your father, that you will
not desert me–that you will not leave me!”

Silence fell–a long, painful silence. He stood quite still, looking
down at her pale face, and waiting for her answer with quickened
heart-beats. For her, she seemed transformed to a statue of marble
only for the quick throbs that stirred the filmy lace folded over her
breast. She stood quite still, her eyes drooping from his, a look of
pitiful despair frozen on the deathly pallor of her face. Outside they
could hear a soft wind sighing among the flowers and kissing the blue
waves of the bay. Within, the fragrance of an orange tree, blooming in
a niche, came to them with almost sickening oppressiveness. Still she
made no sign of answer.

“Bonnibel,” he said, and his hoarse, strained voice fell so unnaturally
on the stillness that he started at its strange sound, “Bonnibel, my
darling little wife, you will give me that promise?”

She shivered through all her frame as if those pleading words had
broken her trance of silence.

“You will not give me that little promise, Bonnibel?”

“_I cannot_,” she moaned, sinking into a chair and hiding her face in
her hands.

“You are determined to leave me, then, if you can?” he exclaimed in a
voice of blended horror and reproach.

“Then tell me _why_ you must go away, Bonnibel. What is this fatal
secret that is driving you forth into exile? This mystery will drive me
mad!”

She removed her hands a moment, and looked up at him with sad, wistful
eyes, and a face crimson with painful blushes.

“Colonel Carlyle, I will tell you this much,” she said, “for I see that
you suspect me of that which I would rather die than be guilty of. I
am not going because a guilty passion for a former lover is driving
me from your arms to his. If I go into exile I shall go alone, and I
shall pray for death every hour until my weary days upon earth are
ended forever. Death is the only happiness I look for, the future holds
nothing for me but the blackness of darkness. I can tell you nothing
more!”

She ceased, and dropped her anguished face into the friendly shelter of
her hands again. He remained rooted to the spot as if he could never
move again.

“Bonnibel,” he said, at last, “surely some subtle madness possesses
you. You do not know what you would do. I must save you from yourself
until you become rational again.”

With these words he went out of the room, locking the door behind him.