These days two puzzles have been haunting me.

First, why did Trump make so much action for international affairs? Including raid Syria, anger North Korea, change the role of NATO certainly, within 15 days and Xi Jinping meet twice a call.

With some insiders to do the exchange, and to see the recent two big move – the White House throw tax reform program, Zhongnanhai collective learning financial security – about to understand.

Why did Trump suddenly come out at the international level? Secret hidden before and after what happened.

Before Trump took office after the first big move – medical reform program, accidentally sent to the parliamentary vote in the process of frustration. People on the implementation of the New Deal is expected to change, the capital market immediately expressed concern with the decline.

After that, Trump has recently raised a tax reform outline. Tax reform is the most important move of Trump New Deal, it can be said that there is no “one”. But his biggest challenge is whether the legislature will pass it. When the implementation of the tax system in China, Zhu Rongji a province and a province to talk, do the work, took a lot of effort to push the tax reform. Compared to the centralization of China, the separation of the United States to implement the tax reform is difficult to 10 times difficult.

In the fall of the medical reform and will be to promote the tax reform between the Trump frequently in the international affairs of the shot.

Note that all the governance initiatives of Trump, and finally to the “priority to the United States,” the campaign slogan. With the “American priority”, Trump put forward a strategic contraction, that is, first make the United States own thing, “the international break that I did not mind to control.”

But in late March medical reform fell within a month after the occurrence of unusual things. On the one hand to mention the United States priority, strategic contraction, on the one hand the Middle East, North Korea intensive shot.

This strategic contradiction, and only one explanation:

International action is only a means, it is to solve the internal affairs problem.

Medical reform frustrated, Trump urgent need to reshape the prestige, access to the support of the domestic people and parliamentarians. A hard-line move with American values ​​is a quick way to get support tickets.

The following figure is Trump’s unsupported rate of a month, the figure A, B two relatively low, it is Trump sent to Congress to explain the Syrian attack, and published pressure on the policy point of time. The tough stance reduced his unsupported rate.

“A series of international action, is the New Deal’s circuitous road map, is to promote the domestic core policy.”

Why did China set off an unprecedented financial crisis?

Look at this time to the action:

These actions have a common point of view, that is, on April 25, the theme of the Politics Bureau collective learning: financial security.

Decision-making on the financial and economic attitudes have changed:

3. The Zhongnanhai topic learning financial security, laid the next period of time the tone of financial development, is “safe.”

The financial security has risen to the level of national security, of course, there are concerns about the reality of virtual, asset bubbles, but there is a real factor is essential, that is, the biggest thing in the political field of 2017 – 19 big.

This year’s many trends, into the background of 19 to make an accurate understanding.

In order to meet the General Assembly, can not tolerate a little slip, regulation is more important to innovation, risk first to maintain growth, is an inevitable choice.

There is a popular saying in international politics: all the internal affairs of the United States are diplomats, and all Chinese diplomacy is internal.

Now, China and the United States have all overriding the internal affairs of this, the outside world seems to dazzle a lot of cards, are around the kernel in the fight.

This point of view, you can explain a lot of unusual behavior.

Apply Clinton to beat the old Bush slogan “fool, the problem is the economy”, now the US card is: fool, all the war is the internal affairs!

Trump is not easy to advance the way through the international action.

First had to cruel “to Russia.”

Trump campaign did not hide the favor of Putin, the team has been the core figures were exposed and Russia from the very close, as well as analysis of Trump took office will take the Russian anti-Chinese strategy.

Followed by the offended friends to get back.

Trump said before that NATO was “out of date”, but in mid-April changed NATO “not out of date, but also a barrier to international peace.”

But the above is not critical. “From the diplomatic circuitous internal affairs,” this road to pass through, must be China cooperation.

From the beginning of the practice, Trump showed abnormal enthusiasm. 115 days to meet twice a call, said in an interview with the Chinese leaders “have a great chemical reaction.”

More direct performance is that Trump yesterday rejected the Taiwan leaders and their telephone recommendations, “do not want to trigger a relationship with China.” This contrast with the four months ago, Trump broke the regular call with Cai Yingwen. 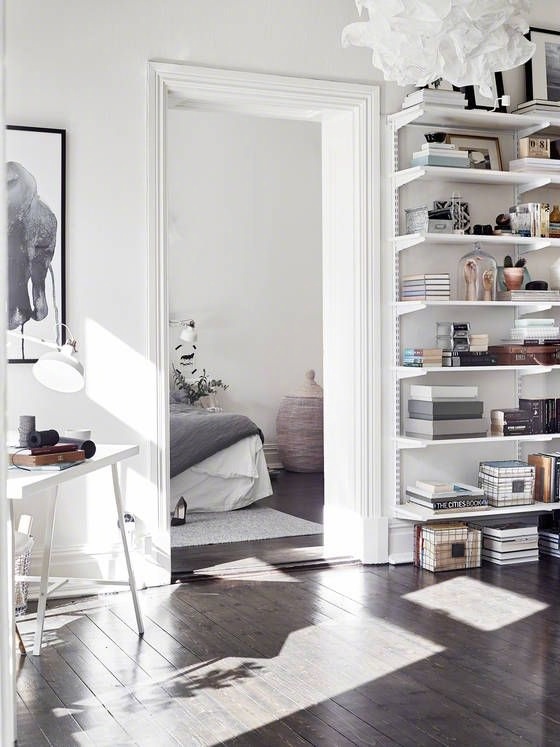 • Exchange rate warfare, a tough stance, change China is not a currency manipulator.

• Trade warfare, “trade war first opened from China,” which is almost a consensus, did not expect Trump from the closest neighbor in Canada, the media described as “Trump Trade Road map: first at home to play his wife ‘The last is China’, which obviously gives the United States to adjust the space.

• China is committed to improving the “Hundred Days Plan” in terms of trade surplus.

Obviously, the two major countries to carry out the exchange of chips, have their own income. Trump won more on the North Korean issue of space, China to avoid the direct conflict of trade war and can focus on the settlement of domestic affairs.

China’s domestic affairs, from a security point of view is a return to steady state, constantly bombing process.

The first bomb is capital outflow. The national foreign exchange reserves fell from $ 4 trillion to $ 3 trillion, down by a quarter.

The first quarter of this year, the outflow situation stabilized down, the data to the better. But there are two new challenges.

The first challenge is the US currency manipulator list, it is not just a hat to you, but the relationship between import and export taxation, trade friction, monetary policy and other practical interests. This question was solved by China. Demolished a small bomb.

But the second challenge is nuclear-level. The United States into the rate hike cycle, but also the table (which means that the dollar will be reduced in circulation).

It is very simple, followed by a piece of the United States to raise interest rates chanting. At this time, another nuclear bomb waiting for you.

Raising interest rates will let the currency shrink, so that the economy cools, so generally in the economy up when the introduction of interest rates. China’s economy is now in the downstream stage, and there is a rate hike will pierce the property market bubble great worries.

On the decision-making level, the ultimate is to “security”, two nuclear bombs must be done.

The strategy is to raise interest rates on the one hand, although the benchmark interest rate has not yet moved, but the medium-term borrowing to facilitate operating interest rates, standing lending convenience, reverse repurchase rate increased, the interest rate center is actually rising, the last two Month central bank even appeared in the table.

On the other hand, the property market for an unprecedented large purchase. This purchase has a characteristic: short-term buyers and sellers to both sides see the face.

Temporarily deal with the capital outflow and the property bubble after the two nuclear bombs, the decision-making level aimed at another buried deeper bomb – the banking industry off-balance sheet business, which set off a recent regulatory storm.

Bank’s off-balance sheet business is the main form of financial products, long opaque, opaque no supervision, no regulation is very chaotic, and even appeared Minsheng Bank as a scam.

This piece of financial involved in the amount of a large number of tens of trillion yuan, from the security plan, must rule.

Trump introduced the tax reform program, the People’s Daily issued a comment, saying that “the US tax cuts are actually provoking a tax war.” This point is a bit wonderful, but it tells the truth:

The world’s veterans of the old two are in their own internal affairs, international affairs as much as possible consistent, no conflict on the surface, but in fact their respective internal orientation, secretly staged battle.

Trump’s tax reform, the company tax from 35% to 15%, to attract more companies to invest in the United States. While the remittance tax rate of US companies in overseas assets is also reduced.

This is the essence of the competition for capital. Capital in China will also be affected.

The battle has never been carried out and will not stop because of the great powers’ focus on internal affairs. The current general situation is:

The United States, through reform, tries to “pull” the resources by increasing its attraction;

China through regulation, by reducing the way the transaction, in the resources “frozen” live and “stable” to live.

Because there are 19 major, this year China’s main tone must be stable, do not expect a big reform action.

The Politburo’s collective study on financial security raises six tasks, one of which is “financial reform” and an emphasis on the establishment of a risk prevention mechanism.

The banner of reform is now carried by the United States, the rotation of this history, interesting and people sigh.