Colonel Carlyle had not quitted the room an hour before Bonnibel’s
maid, Dolores, came into her presence, bearing a sealed letter upon a
salver.

“_Une lettre_ from monsieur le colonel, for Madam Carlyle,” she said,
in her curious _melange_ of French and English. Bonnibel took the
letter, and Dolores retreated to a little distance and stood awaiting
her pleasure.

“What can he have to write to me of?” she thought, in some surprise, as
she opened the envelope.

She read these words in a rather tremulous hand-writing:

“Bonnibel, my dear wife,” and she shuddered slightly at the words–“I
sought you a little while ago to inform you of my immediate departure
for Paris, but our interview was of so harrowing a nature that
I was forced to leave you without communicating my intention. I
could not endure your reproaches longer. I am compelled to leave
you here–circumstances force my immediate return to Paris. It is
possible, nay, probable, that I may have to make a trip to the United
States before I return to Naples. Believe me, it is distressing to me
beyond measure to leave you now under existing circumstances, but the
business that takes me away is most imperative and admits of no delay.

“I have made every possible provision for your comfort and pleasure
during my absence. The housekeeper, the domestics and your own
especial maid will care for you faithfully. In an hour I leave here.
If you have any commands for me; if you are willing to see me again,
and speak even one word of kind farewell, send me a single line by
Dolores, and I will be at your side in an instant.

She finished reading and dropped the letter, forgetful of the lynx-eyed
French woman who regarded her curiously. Her eyes wandered to the
window, and she fell into deep thought.

Bonnibel looked up at her.

Dolores courtesied and went away. Bonnibel relapsed into thought again.
She was glad that Colonel Carlyle was going away, yet she felt a faint
curiosity as to the imperative business which necessitated his return
to his native land. She had never heard him allude to business before.
He had been known to her only as a gentleman of elegant leisure.

“Some of the banks in which his wealth is invested have failed,
perhaps,” she thought, vaguely, and dismissed the subject from her mind
without a single suspicion of the fatal truth–that the jealous old
man was going to America to be present at the trial of Leslie Dane, and
to prosecute him to the death. Ah! but too truly is it declared in Holy
Writ that “jealousy is strong as death, and as cruel as the grave.”

Colonel Carlyle was filled with a raging hatred against the man who had
loved Bonnibel Vere before he had ever looked upon her alluring beauty.

He had received an anonymous letter filled with exaggerated
descriptions of Bonnibel’s love for the artist, and his wild passion
for her. The writer insinuated that the lovely girl had sold herself
for the old man’s gold, believing that he would soon die, and leave
her free to wed the poor artist, and endow him with the wealth thus
obtained. Now, said the unknown writer, since the lovers had met
again their passion would fain overleap every barrier, and they had
determined to fly with each other to liberty and love.

Colonel Carlyle was reading the letter for the hundredth time when
Dolores returned from delivering his letter to Bonnibel with the cold
message that there was “no reply.”

That bitter refusal to the yearning cry of his heart for one kind
farewell word only inflamed him the more against the man whom he
believed held his wife’s heart. It seemed to him that that in itself
was a crime for which Leslie Dane merited nothing less than death.

“She read my letter?” he said to the maid who stood waiting before him. 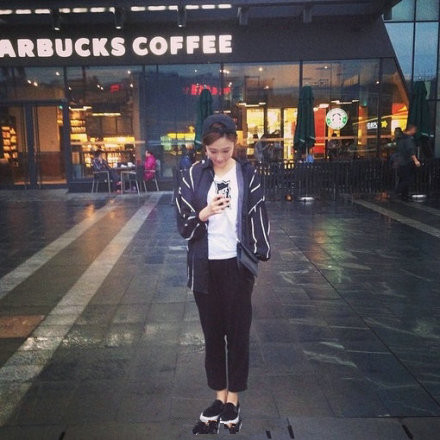 Dolores went away and left him wrestling with the bitterest emotions
the heart of man can feel. He was old, and the conflicting passions
of the last few years had aged him in appearance more than a score of
years could have done. He looked haggard, and worn, and weary. But his
heart had not kept pace with his years. It was still capable of feeling
the bitter pangs that a younger man might have felt in his place.
Felise Herbert had done a fearful work in making this man the victim
of her malevolent revenge. Left to himself he had the nobility of a
good and true manhood within him. But the hand of a demon had played
upon the strings of the viler passions that lay dormant within him, and
transformed him into a fiend.

“Not one word!” he exclaimed, to himself, in a passion of bitter
resentment. “Not one word will she vouchsafe for me in her pride and
scorn. Ah, well, Leslie Dane, you shall pay for this! I will hound you
to your death if wealth and influence can push the prosecution forward!
Not until you are in your grave can I ever breathe freely again!”

“The slow, sad days that bring us all things ill” merged into weary
weeks, but brought no release to the restless young creature who
pined and chafed in her confinement like a bird that vainly beats its
wings against the gilded bars of its cage. Dolores Dupont guarded her
respectfully but rigorously. Weary days and nights went by while she
watched the sun shining by day on the blue Bay of Naples, and the
moonlight by night silvering its limpid waves with brightness. Her
sick heart wearied of the changeless beauty, the tropical sweetness
and fragrance about her. A cold, northern sky, with darkening clouds
and sunless days, would have suited her mood better than the tropical
sweetness of Southern Italy. As it was she would sometimes murmur to
herself as she wearily paced the length of her gilded prison:

“Night, even in the zenith of her dark domain,
Is sunshine to the color of my fate.”

But “the darkest hour is just before day,” it is said. It was as true
for our sweet Bonnibel as it has proved for many another weary soul
vainly beating its weary wings against the bars of life in the struggle
to be free. Just now, when her heart and hope had failed utterly and
her only chance of escape seemed to lie in a frank confession of the
truth to Colonel Carlyle, the path of freedom lay just before her feet,
and destiny was busy shaping an undreamed-of future for that weary,
restless young heart.

“I can bear it no longer,” she murmured, as she paced the floor late
one night, thinking over her troubles until her brain seemed on fire.
“I will write to Colonel Carlyle and tell him the truth–tell him that
dreadful secret–that I am not his wife, that I belong to another!
Surely he must let me go free then. He will hate me that I have brought
such shame upon him; but he will keep the secret for his own sake, and
let me go away and hide myself somewhere in the great dark world until
I die.”

She dropped upon her knees and lifted her clasped hands to heaven,
while bitter tears rained over her pallid cheeks.

“Heaven help me!” she moaned; “it is hard, hard! If I only had not
married Colonel Carlyle all might have gone well. Oh, Leslie, Leslie,
I loved you so! God help me, I love you still! Yet I shall never see
you again, although I am your wife! Ah, never, never, for a gulf lies
between us–a gulf of sin, though Heaven is my witness I am innocent of
all intentional wrong-doing. I would have died first!”

Her words died away in a moan of pain; but presently the anguished
young voice rose again:

“The sibyl’s fateful prophecy has all been fulfilled. Yet how little I
dreamed that it _could_ come true! Oh, God, how is it that I, the proud
daughter of the Veres and the Arnolds, can live with the shadow of
disgrace upon my head?”

She dropped her face in her hands, and the “silence of life, more
pathetic than death,” filled the room. All was strangely still; nothing
was heard but the murmurous waves of the beautiful Bay of Naples softly
lapping the shore. Suddenly a slight, strange sound echoed through the
room. Bonnibel sprang to her feet, a little startled, and listened
in alarm. Again the sound was repeated. It seemed to Bonnibel as if
someone had thrown a few pebbles against the window. Yes, it must be
that, she was sure.