“Prisoner at the bar, have you anything to say why the sentence of
death shall not be pronounced against you?”

The solemn words of the judge echo through the crowded court-room,
and the sea of human faces turn curiously and with one accord towards
the spot where the prisoner sits with his friend, the handsome German
artist, by his side, where he has remained throughout the trial.

The case has excited much interest, for the murdered man had been
widely known, and as for the man accused of the murder, his native
land had but just commenced to hear of him as a son whose brow was
crowned with laurels in the world of art. But almost simultaneously
with the announcement of his brilliant success abroad had followed the
dreadful tidings of his arrest for the murder of Mr. Arnold, and the
distinguished position of the murdered man and the fame of the gifted
young artist accused of the crime had drawn thousands to the trial.

It was all over now. Day after day the prisoner had sat with his
flashing dark eye, and calm, pale brow, listening to the damning
evidence against him. From first to last, despite the entreaties of his
lawyer and friends, he had resolutely declined to attempt proving an
_alibi_–the only thing that could have saved him. Now, the trial was
over, the evidence had been summed up and given to the jury, and they
had returned their verdict of willful murder. Nothing now remained but
the dreadful duty of the judge–to pronounce upon that young, handsome,
gifted man the sentence of annihilation–of _death_!

And accordingly he had begun with the usual ceremonious formula:

“Have you anything to say why the sentence of death should not be
pronounced against you?”

And the eager crowd surged forward for a nearer view of Leslie Dane’s
face.

Colonel Carlyle was there, sitting with Mrs. Arnold and Felise Herbert.
There was an ill-concealed expression of relief and satisfaction upon
the faces of the three. They had pursued an innocent man to the death,
but no twinge of remorse stirred their hard hearts as he rose in his
seat, pale, proud and handsome, towering above the crowd in his kingly
hight and stateliness, and confronted the judge.

“I have nothing to say, your honor, except that _I am not guilty_!”

A low murmur of approbation from some, and of dissent from others
instantly arose, and was immediately hushed by the crier of the court.

At that moment, when the judge rose to the performance of his duty,
a messenger brought a tiny slip of paper and placed it in the hands
of Leslie Dane’s lawyer. As he read it his gloomy face brightened
marvelously. He rose in his seat flushed and radiant.

“May it please your honor to suspend the sentence of the court. There
is a new and important witness.”

The next moment a graceful, veiled figure, clad in heavy, soundless
black silk, glided into the witness-box.

She was sworn, and lifted her veil to kiss the book. A perfectly
beautiful face, blanched to the pallor of marble, was revealed by the
action. A murmur of admiration arose from the spectators, blent with
subdued exclamations of horror from three who were nearly stricken
lifeless by her unexpected advent.

“Silence in the court!” thundered the crier.

The examination of the witness began.

“What is your name?”

And clear and sweet as a silver bell the lady’s voice arose in answer,
penetrating every strained ear in the densely-packed court-room.

“I have been known as Bonnibel Carlyle, but I am Bonnibel Dane, the
wife of the prisoner at the bar!”

As the words left her lips she glanced beneath her long lashes at the
face of Leslie Dane. In her swift look there was shame, abnegation,
self-sacrifice, curiously blended with uncontrollable pity and almost
tenderness. The face that looked back at her was so radiant that it
almost dazzled her. Her eyes dropped swiftly, and she never looked at
him again while she stood there.

Many eyes turned upon Colonel Carlyle to see how he bore the stroke of
fate. He sat perfectly still, white as marble, staring like one frozen
into a statue of horror at the beautiful witness in the box, whose blue
eyes took no note of his presence.

The examination proceeded. Bonnibel told her story calmly, clearly,
bravely. When she concluded and left the witness-stand she was
succeeded by the old minister and his wife, whom she had brought from
Brandon.

They corroborated her testimony and left no flaw in the evidence.
The clouds which had hung over Leslie Dane’s fair name so long were
dissipated by the sunlight of truth. His _alibi_ was triumphantly
established, his innocence perfectly vindicated. And then, to the
surprise of all and the utter consternation of Felise Herbert, Wild
Madge, the sibyl, hobbled weakly into the witness-box, pale, wrinkled,
cadaverous, the image of hideous old age and approaching death.
Breathless silence pervaded the multitude while the dying woman told
her story, interspersing it with many expressions of remorse and
horror. Briefly told, her confession amounted to this: Felise Herbert
had sought her humble cabin the night that Mr. Arnold and Leslie Dane
had quarreled, and bribed her to murder the millionaire. Tempted by
the large reward, she had stolen upon Mr. Arnold as he slept in his
arm-chair on the piazza and stabbed him to the heart with a large
knife. Then, ere long, remorse had fastened upon her, and she had cast
the golden price of her dreadful crime into the engulfing waves of the
ocean. Finishing her story with a last labored effort, and throwing up
her arms wildly into the air, Wild Madge, the feared and dreaded sibyl
of Cape May fell forward on the floor of the court-room–dead!

As soon as her body had been removed from the place the lawyer who had
prosecuted Leslie Dane rose hastily in his seat. It might be out of
order, he said, but he should be glad to ask a few questions of the
minister who had performed the marriage ceremony between Leslie Dane
and Miss Bonnibel Vere.

His request was granted, and the aged, white-haired preacher was again
placed on the witness-stand, while curiosity was on the qui vive for
further developments. The lawyer cross-questioned the old man closely
for a few minutes; then he turned to the judge. 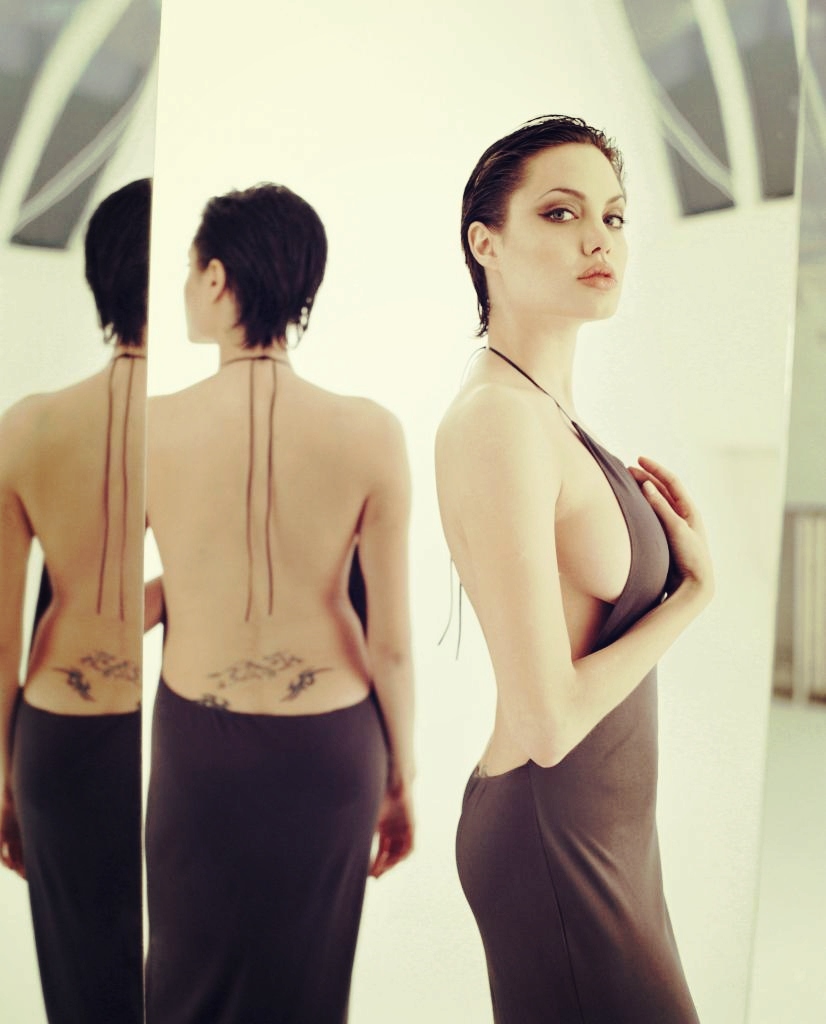 “I am bound, your honor,” he said, “to inform those most interested
that, though the lady’s evidence has completely vindicated Leslie
Dane, she has utterly failed to establish the legality of her marriage
with him. On the contrary, owing to the youth and inexperience of the
young man, perhaps partly attributable to his haste and agitation that
night, and to the culpable forgetfulness and carelessness of the aged
minister here, there was no license procured for the authority of the
marriage ceremony. Her former marriage, therefore, has no legality in
the eyes of the law, and she still remains, as she has been known the
last three years, the wife of Colonel Carlyle.”

As the lawyer resumed his seat, amid a breathless hum of excitement,
a loud shriek pierced the air of the court-room–a wild, horrible,
blood-curdling, maniacal cry. Every eye turned on Felise Herbert, who
had risen in her seat, and with distorted features, livid lips and
burning eyes, was wildly beating the air with her hands. Her appearance
was appalling to behold as she stood there with her hat falling off,
her hair in disorder, and foam flecks on her livid, writhing lips.

“Foiled! foiled!” she exclaimed wildly. “I am baffled of my revenge at
every point.”

Everyone seemed horror-struck. None attempted to molest her as she
moved forward and stood before Colonel Carlyle. The old man looked up
at her vacantly. He had neither moved nor spoken since the entrance of
his wife; he seemed to be fettered hand and foot by a trance of horror.
He did not heed the threatening look in the eyes of Felise Herbert as
they fell upon him, full of the wild glare of madness.

“You jilted me, fool!” she said, passionately, wildly gesticulating
with her hands–“jilted me for the sake of Bonnibel Vere’s baby beauty.
I swore revenge upon you both. I forged the notice of Leslie Dane’s
death, made her believe it was true, and drove her to desperation and
forced her to marry you. I made you jealous by my anonymous letters,
and turned your married life into a hell upon earth. But now, the
sweetest drop in my cup–the illegality of your marriage–is turned
into bitterness. But I will have my revenge yet. _Die_, _die_, villain!”

One movement, swift as the lightning flash, and a little dagger gleamed
in her hand, and the next instant was buried to the hilt in Colonel
Carlyle’s heart.

With a groan he fell on the floor at her feet.

Strong hands bore the raving maniac away, attended by her frightened,
horror-struck mother.

The poor victim of the madwoman’s fatal revenge, as he lay weltering in
his blood, lifted his dimming eyes, and gasped one imploring word:

Trembling like a wind-blown leaf, she came at his call, and knelt down
at his side with a great pity shining in her soft blue eyes.

The dying man’s gaze dwelt on her for a moment, drinking in all the
sweetness and fairness of the face he loved, and which he was losing
forever.

She took his hand in hers and bent her face lower over him, with all
the divine pity and forgiveness of a tender woman shining in the eyes
that were brimming over with tears.

“I am sorry it all fell out so,” she said, very gently, “and I forgive
all–as freely as I hope to be forgiven.”

A beam of love and gratitude flashed over his features an instant; then
it faded out in the grayness and pallor of death. Bonnibel turned away,
and hid her face on the shoulder of the faithful Lucy.

“It’s all over, my poor darling. Shall we go away now?” Lucy whispered.

“We must go back to his home with him, Lucy. We must show him the last
tribute of respect. I have forgiven him. He was more sinned against
than sinning,” she murmured back.

So when the mournful funeral cortege moved from the gates of his
stately home, Colonel Carlyle’s darling, whom he had so passionately
loved despite his jealous madness, went down to the portals of the
grave with him, and saw all that was mortal of Clifford Carlyle laid
away in the kindred dust.