Cold night air seeped through the tent walls. Jack Hartwell stirred
restlessly in his sleeping bag and sat up. What had awakened him? Beside
him, Ken and Willie were dead to the world. All was quiet.

Annoyed at himself, Jack got up and opened the tent flap. A few stars
were winking, but otherwise it was a dark night. It might be two A.M. or
thereabouts, he judged. There was no sign of anyone around the camp, yet
distinctly he sensed that something was wrong.

It was not the first time Jack’s instincts had acted as an alarm clock.
The high school senior and Explorer crew leader was gifted with high
intelligence and a certain intuition which had repeatedly saved him or
his friends from near disaster.

Jack had proven himself the most valuable of the Explorers during the
exciting adventure trips to South America which have been described in
_The Boy Scout Explorers at Treasure Mountain_, and _The Boy Scout
Explorers at Emerald Valley_. On this particular occasion, only the four
tried-and-true Explorers had made the trip to Philmont Scout Ranch at
Cimarron, New Mexico. In Belton City, however, they were associated with
a large and active troop.

As Jack stood shivering in the chill night air, his ears picked up a
disturbing sound. The noise, a series of thuds, and a groan, seemed to
come from the direction of Old Stony’s cabin.

Jack did not hesitate. Diving back into the tent, he reached for
trousers and shoes. By this time, Ken was awake and drowsily asked what
was wrong.

“Something’s doing at Stony’s cabin,” Jack told him tersely. “I’m going
to find out about it.”

Ken came fully awake in a flash. Asking no further questions, he too
began to dress hurriedly. Willie slumbered peacefully on.

Once dressed, Jack and Ken started at a fast trot toward the cabin.

“What made you think anything’s wrong?” Ken demanded.

Before Jack could tell him, they both saw a light flash on and off in
the cabin. Then the door opened, and a man ran out. In the darkness, the
two Explorers gained only a general impression of someone tall and
shadowy. His face was turned away from them, and he moved fast. They saw
him dart past the unlighted motel office and into an alley.

The Scouts crossed the driveway and shoved open the cabin door. Jack
found the light switch. As the room became illuminated, he and Ken both
stiffened in horror.

Old Stony, his bed unmade, was sprawling on the floor, bleeding from a
forehead wound. The aged man was moaning piteously. For just an instant
Ken and Jack thought he had suffered a stroke and fallen. But the
evidence convinced them otherwise. Even if they had not seen the fleeing
intruder, the condition of the cabin would have told its graphic story.
Drawers had been overturned. Old Stony’s few pathetic possessions were
scattered on the bare floor.

Without attempting to lift the old man from the floor, they quickly
examined his wound. It did not seem deep. However, the old man was
certainly in a state of shock.

“Get Hap and our first-aid kit,” Jack directed Ken. “Better call a
doctor, too. Stony’s an old fellow, and he has a heart condition.”

Ken hurried away. Left alone, Jack covered Stony with a blanket and
pillowed his head. He was turning away to look for something he could
use for a temporary bandage, when the old man’s lips began to move.

Jack bent closer. “Who was it that hit you?” he asked.

“Don’t know,” the old fellow mumbled. “Woke up—the skunk was pawing
through my things. I yelled at him, and then he hit me on the skull.
Last I knew for a while.”

“No,” Old Stony admitted in disgust.

“Whoever it was must have meant to rob you.”

“The thieving rascal was after my gold and the map.”

Over Jack’s protests, Old Stony raised himself up on an elbow. His gaze
raked the entire cabin from the fireplace to the bed. What he saw seemed
to satisfy him, for he gave a feeble, throaty chuckle.

“The skunk didn’t get what he was after! Old Stony is nobody’s fool.
Young fellow, if you’ll help me, I’ll get back into bed.”

“You shouldn’t move,” Jack warned him. “The doctor will be here in a few
minutes.”

“Doctor, fiddlesticks! It takes more’n a little tap on the head to knock
out Old Stony.”

Because the aged man was not to be denied, Jack helped him into bed, but
he was alarmed at the prospector’s pallor and weakness.

It was increasingly clear to Jack that the old man was not all right, so
he was greatly relieved when Ken came back with Mr. Livingston, Willie,
and War.

One glance at the man on the bed, and the Scout leader drew Ken aside.

While Ken was carrying out the order, the other Scouts dressed Stony’s
wound. He made no further attempt to talk, but now and then managed to
grin at them in a feeble way. 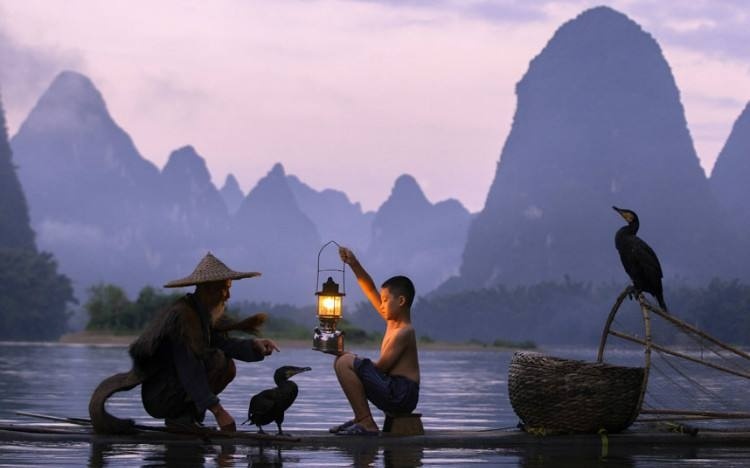 Jack and Willie made a fast tour of the motel grounds. However, it did
not surprise them that they found no trace of the man who had so
brutally attacked the cabin dweller.

“Whoever he is, he’ll be a mile from here by now,” Jack remarked as they
walked back. “No question about it, theft was the motive.”

“You think there is any gold?” Willie asked skeptically.

“Last night I didn’t,” Jack replied thoughtfully. “Now I’m not so sure.
Old Stony certainly acted as if he had something valuable hidden in the
cabin, and apparently it’s still there.”

“The thief was probably frightened away before he finished his search.”

“Either that, or he was scared, Willie. He may have hit Old Stony harder
than he intended.”

Back in the cabin the boys found that Jarrett Walz had come from his
nearby home to check on the activity. Informed by Mr. Livingston as to
what had happened, he made no attempt to hide his annoyance.

“Now I suppose Stony will insist on lying in bed for a week!” he
snapped.

“That’s for the doctor to decide,” Mr. Livingston rejoined.

“You’ve sent for a doctor?” the motel owner fairly screamed.

“It would be a humanitarian thing to do. Stony needs a doctor. No
question about that.”

For the first time, Mr. Walz seemed concerned about his worker’s
condition. He went over to the bed, peering intently at the colorless
face. After a moment, he turned away and made no further protest about
the doctor.

It was twenty minutes later when Dr. James Alcott reached the cabin. He
checked Stony’s heart, examined the wound, and then told Mr. Walz to
call an ambulance.

“An ambulance?” the motel owner repeated. “You don’t mean he’s bad off?
Just from that little tap on the head?”

“It was a hard blow,” the doctor corrected him. “At the hospital we’ll
take X-rays to see if there is a skull fracture. I rather doubt it, but
in any case this man needs careful attention. How old is he?”

“He has a serious heart condition. At his age, a shock such as this
could be very hard on him.”

“His good physique is in his favor. I’d suggest, though, that you lose
no time getting in touch with relatives.”

“Relatives? He has none that I ever heard of.”

The motel owner was plainly worried. Nervously, he paced back and forth
in the cabin, not offering to help when Jack and Ken gathered together
the few things which Stony would need at the hospital.

It was 3:30 A.M. by War’s watch when an ambulance pulled into the
parking lot. Two attendants with a stretcher efficiently transferred
Stony from his bed to their vehicle. Jarrett Walz did not offer to ride
in the ambulance. Unwilling to see the old man taken without anyone to
sit by him, Jack and Ken climbed in. Mr. Livingston, War, and Willie
followed the ambulance in their own car.

At the hospital, matters were taken from the Scouts’ hands. Old Stony
was passed through emergency and given a ward bed. Meanwhile, Mr.
Livingston signed papers at the hospital office and provided what little
information he could about the attack.

“Walz should have come along,” the Scout leader remarked to Jack. “I
figure he stayed away for fear he’d be hooked on the bill. How is
Stony?”

“No report yet,” Jack replied. “But when I looked in on him a minute
ago, he was resting comfortably.”

“He didn’t tell you anything more about his attacker?”

“Stony didn’t say a word. In fact, he hardly recognized me.”

With a shake of his head, Mr. Livingston indicated that the information
was disturbing. After a moment, he said: “Well, round up Warwick,
Willie, and Ken. We’ve done everything we can for the poor old fellow.
May as well get back to camp and try to catch a few winks before dawn.”

In sober silence the Scouts drove back to the motel. A light was on—in
the front office, but Mr. Walz was not there.

“There’s a light in Stony’s cabin, too,” Jack noted as the car turned
into the driveway. “That’s funny! I distinctly recall turning it off
after everyone left.”

“That’s right, you did!” Ken exclaimed.

No one spoke for a moment as the same thought occurred to all: Stony’s
mysterious attacker might have returned!

Mr. Livingston stopped the car and switched off the ignition.

“Come on, boys,” he said grimly, heading for the cabin. “We’ll find out
about this!”