A week had passed.

During all that time she had been steadily chasing the steamship without
gaining a mile on her in consequence of the loss of one of her driving
wheels.

Barney remained on deck, bound to the railing; Pomp was down in the
engine-room, and Frank stood at the wheel with Reynard.

“Great heaven, Reade, what is this?”

“A cyclone. Look out for those rocks, Reynard!”

“Do you know what the land is below us?”

“The island of Borneo, I am sure.”

“Then that’s the China Sea to the northward.”

“Yes. There! The steamer is lost in the gloom! We may lose all trace of
the Rover now.”

Zizz! came the wind in a wild shriek as the airship flew upward into the
dark vault of heaven.

But the great cliffs were dangerously close and as the wind caught the
engine it hurled her along with terrific force and she struck the rocks.

The shock was terrific.

She glanced along the cliff, tore off huge particles, and they went
thundering down into the heavy seas that were dashing up in foamy
billows at the bases of the precipices lining the coast.

A terrible black pall surrounded the engine and obscured everything so
that the detective could not see a yard ahead.

The fierce wind was whirling in circles.

It swept the Pegasus far over the land.

Here her battle with the elements continued, and she was dashed up and
down and all around, furiously.

Along they were driven, and the coon suddenly yelled up through a
speaking-tube:

“Can’t we get any current?” replied Frank.

Frank jerked one of the levers over, and down they settled toward the
ground.

The searchlight had been started, but as the oil engine now failed to
operate the dynamo, the lights went out.

It was risky to descend in the gloom of that awful tempest, not knowing
where they were going to alight.

But they had to go down.

In a few moments a tremendous crashing was heard, the engine swayed back
and forth, and Barney roared:

“Oh, may ther saints presarve us!”

The crackling of branches continued as she went down, and then there
came a heavy shock.

She had landed on her side.

Everybody was knocked down.

As soon as they were assured that she was safely on the ground they
forgot their bumps and bruises, crept out, and all hands left the
machine.

They only had a lantern, but its dim light showed them that they had
fallen into a forest of ironwood, gutta percha, camphor and other trees.

The marshes were alive with elephants and rhinoceros, the woods swarmed
with leopards, babyroussas and monkeys, while bears roamed the rocky
sections and buffaloes the valleys.

Birds of paradise, flamingoes, swallows that built edible nests,
peacocks and various other birds abounded in vast numbers; every bird,
beast and reptile filled with fear of the storm.

Their cries all around the fallen engine raised a fearful din.

“The hull and flying apparatus is intact,” said Frank, when he had
finished his inspection.

“Do you think she is safe for the present?” the detective asked.

“We can’t get her out in this storm.”

An examination of the oil engine was made, when it was found that the
shaft of the flywheel had snapped in two.

It could easily be repaired.

So they turned in.

By the following morning the storm had gone.

Pomp prepared breakfast, but they had scarcely partaken of it when the
voices of men were heard outside.

“The Malays and Dyaks are the worst kind. They subsist chiefly by
hunting, fishing and piracy, are partly Mohammedans and partly heathen,
and are cruel, crafty and wild,” said the inventor.

Frank went out on deck.

Glancing down he saw an army of the natives around the engine, loudly
talking and gesticulating toward her.


They were Papus, yellowish colored, well-formed fellows, carrying
poisoned spears and arrows, and knotted clubs, with which they beat out
the brains of their prisoners.

These people lived in the deepest woods and solitudes, in caves and upon
trees, naked, uncivilized and separate from the rest of mankind.

They knew nothing of the sultans, rajahs and penjerans who governed the
more civilized of the people of Borneo.

No sooner had they seen Frank when a score of weapons were sent flying
at him, a single scratch from any of which would have sufficed to poison
him to death.

He quickly withdrew within the cabin and locked the door.

“Hostile, as I feared!” he commented.

“I hear them mounting the boat,” said Reynard, anxiously.

“Yes. They will get into the turrets now.”

“Can’t we drive them away with our weapons?”

“Yes, but it would amount simply to wanton slaughter, as they have
actually done us no harm yet, and cannot fight us on a fair basis,
protected as we are by these walls. I have a plan to electrify the boat.
See if you can turn the dynamo flywheel a few minutes.”

While they were doing this Frank turned the current into the deck of the
engine, and a chorus of yells escaped the natives as their bare feet
received the current.

It caused them to hastily leave the machine.

In the meantime Frank and Barney procured a new shaft for the oil
engine, and set it in place.

Several hours were required to get the engine in good condition, but
they finally accomplished it.

The natives had retreated. 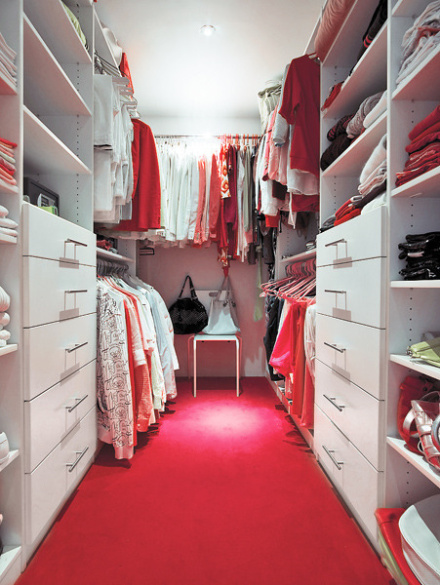 They then opened fire upon the machine.

Of course, their weapons were simply wasted against the metal hull of
the Pegasus, but they kept up the fusillade.

It was necessary for somebody to go to the pilot-house to cause the
Pegasus to ascend, but a trip there from the deck-house was now highly
dangerous.

Any of the poisoned missiles were apt to hit the one who attempted to
venture it and kill him.

Yet it would not do to remain where they were too long, or they might
just as well abandon all hope of trying to ever find the steamer again.

He did not wish to injure the savages, but saw that only by the most
desperate measure could he hope to get the engine up into the air again.

Accordingly he went down to the ammunition-room.

There he loaded a bombshell with a high explosive powder, attached an
electric wire to it and secured the other end of the wire to one pole of
the dynamo.

“I’ll scare them away temporarily!” he said to his friends, “so when I
give the word, complete the circuit in the wire.”

Frank opened the door and hurled the shell out.

It rolled down a declivity to a safe distance from the Pegasus, and
Frank shouted:

These words had barely left his lips when a score or more of the natives
rushed up to the bomb to seize it.

His warning came too late, however, for the electric current flashed
into the wire.

There sounded an explosion that roared like a battery of artillery, the
burst shell blew every man to pieces who surrounded it, and encompassed
in a cloud of dirt, they rose in the air, torn to fragments.

It was an awful warning to the rest, for they fled, yelling, in all
directions, and Frank took advantage of their panic to rush up to the
turret.

Shutting himself in he started the helices whirling.

The Pegasus straightened up and rose.

She forced her way skyward, through the opening she had first made among
the trees, and quickly mounted to the clouds.

Here she sped away to sea.

Then she continued on over the course traversed by most ships bound for
the United States.

Several days passed uneventfully by when one morning a yell came from
Pomp in the turret, that startled every one.

His companions rushed out on deck and peered down.

Floating on the ocean below was the dismantled wreck of the trading
steamer, and a man stood on her deck wildly signaling to the crew of the
engine of the clouds.