As the airship drew near the boat, a number of Persians were seen
swarming over her deck.

The Pegasus had created a profound sensation among them for they were
wildly gesticulating, loudly talking, and all at once began to discharge
a number of rifles at her.

A hail of bullets struck her.

As the leaden pellets hummed over her deck Frank and his companions
rushed inside and closed the windows.

They headed their boats for the city of Bassorah, a short distance down
the stream, and kept up a steady fire at the Pegasus as they retreated
before her.

The discharge of firearms alarmed the people in the city, and in a few
moments the bank of the river was thronged with armed men.

Many of them embarked in boats and put out to join the one after which
the Pegasus was going.

Seeing that there would be serious trouble if the engine remained where
she was, Frank raised her.

A tremendous shout arose from the Persians when they saw her fly up into
the air.

Many of them hastened back to the shore.

“We can’t do anything here!” exclaimed Frank.

“Howly floy!” roared Barney. “Is it roonin’ away yez are? Be heavens,
it’s as foine a ruction as iver I see yer chaitin’ me out of, d’yer
moind!”

“There’s no sense in fighting without an object in it.”

“Faix, is it no object ter break their heads av thim fellies?”

“Do you think our man was on that boat?” asked Reynard.

“No. If he had been we would have seen him.”

Having risen to an altitude of five hundred feet, the engine plunged
into a bank of fleecy white clouds, and the scene below vanished from
view.

Frank kept the Pegasus aloft until they had passed the city, and then
sent her down again.

She ran down to the gulf without meeting another boat, but out on the
broad sheet of water they descried a number of ships and steamers going
in different directions.

Frank viewed them with a telescope.

As his glance roved over the water he suddenly caught sight of a moving
figure.

Riveting his attention intently upon it he suddenly cried:

“By thunder, there’s a man in the water!”

“Astern of that steamer to the southeast.”

“Barney, steer for that steamer!”

“I will that!” and off went the engine on another tack.

When she drew close to the man she paused, and they saw that he was
almost naked and clung to a broken plank.

Down settled the Pegasus, and when she drew near the surface of the
water Frank shouted:

“A voice!” cried the man in the water, joyfully.

“Catch this rope and come aboard!”

Frank dropped a rope ladder down.

As it fell near the man he grasped it eagerly and began to ascend to the
deck of the engine of the clouds.

He was assisted aboard by the young inventor.

The man was evidently an American.

He wore only a pair of pants.

He had a smooth face, brown hair, sunburned skin, and was evidently
about forty years of age.

“How did you get into the water?” asked Frank.

“A man flung me overboard from my ship.”

Frank explained about the Pegasus.

Then he said, questioningly:

“What vessel are you from?”

“That steamer ahead, there—the Rover.”

“You haven’t been long in the water, then?”

“Why did the man try to kill you?”

“I’ll explain. My ship is a San Francisco trader. Her last stop was in
the Euphrates. She was homeward bound to-night when a native boat came
up behind her. I stood on deck, aft. The first thing I knew a fellow,
looking like an Arab, came up a rope at the stern, from the Persian
boat. He gave me a thump that knocked me senseless. When I revived I saw
that the man was a white man in disguise. He had on my clothes.”

“Ha! Did he look like this?” interposed Frank, quickly, and he gave the
sailor a description of Murdock.

“Yes, that’s a life-like picture of him!” said the man.

“Well, before I could say a word to him he flung me overboard. The
native boat had vanished. By good luck I had my senses and swam. A piece
of plank was drifting near me and I seized it. The steamer went on. I
yelled for help, but no one seemed to hear me. I was left to my fate
until you just found me.”

“So Martin Murdock is on that steamer, eh? Well, by all that’s wonderful
this is a good piece of news! I never expected to find him so easily.”

“You seem to know the man.”

“Listen and I’ll tell you his history.”

Frank related all that had transpired.

It surprised the sailor. 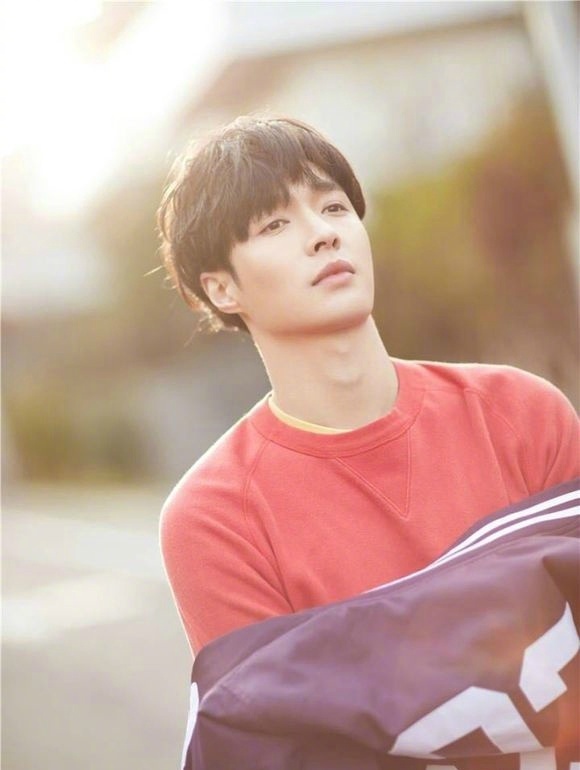 When the inventor finished, he said:

“Ain’t it queer that you should find me and get on his track again?”

“What is it?” queried the sailor, curiously.

“I’ll put you back aboard the Rover. You can tell your captain what
happened. They will arrest the man. Then we will take charge of him.
Will you do it?”

“Gladly. I want to get even with him, badly.”

All the rest had overheard the sailor’s story, and the Celt steered the
engine after the steamer.

“I want to tell you something,” said the rescued man, as they flew along
in pursuit of the distant vessel.

“The captain and crew of the Rover are a bad set.”

“If that fellow has got plenty money and offers to bribe them to protect
him, they will do so.”

“That’s bad! Why do you think he attacked you?”

“Probably to get my clothes for a disguise. But he will find it won’t
work, as he can’t palm himself off for me. Besides, I must admit that I
gave him a little fight before he got the best of me, and his murderous
attempt to take my life might have come from a fit of revenge.”

“That’s more than likely it, as he is very spiteful.”

The engine was flying along swiftly and soon came up with the big
steamer.

Frank left the rope ladder hanging down, and as the Pegasus paused above
the steamer the sailor went down and landed on the vessel’s deck.

The watch had seen the airship, and their shouts aroused the people down
below.

Every one was on deck when the sailor came down from the Pegasus and
instantly surrounded him.

As soon as they heard his story several of them ran off in search of
Martin Murdock.

When they found him he was in company with the captain.

“Stand back, there!” the skipper cried to them.

“Yes—one hundred dollars for every man who stands by him.”

“That settles it. He remains unharmed, sir.”

“You bet he will! Tell the rest of the crew.”

The men hastened away to comply.

In a few minutes all the crew were apprised of the news, and the man
Frank saved felt disgusted over the result.

Matters had terminated just as he feared, but he could not do anything,
unaided, to help the aeronauts.

He discreetly remained below out of Frank’s sight.

The young inventor became impatient when he found that nothing was done
to produce the rascal.

“Ahoy!” he shouted down.

“What do you want?” yelled the captain.

“What! Are you befriending him?”

“Aye, aye! with our blood, if necessary!”

This answer startled Frank, for it gave him plainly to understand that
Murdock had won the friendship of the ship’s company.

“We will blow your craft to pieces with bombs!” he shouted, angrily.
“You will repent of your folly, captain.”

“Bosh! We are armed and do not fear you!”

Frank withdrew from the rail and started for the deck-house.

He had scarcely reached the door, however, when there sounded a report
like a pistol shot down in the hold.

The next moment the helices began to slacken speed and the Pegasus
plunged down toward the water.

It was evident that some serious accident had happened.