The broad idea that man is endowed with a dual mental organization is
far from being new. The essential truth of the proposition has been
recognized by philosophers of all ages and nations of the civilized
world. That man is a trinity, made up of “body, soul, and spirit,”
was a cardinal tenet in the faith of many ancient Greek philosophers,
who thus clearly recognized the dual character of man’s mental or
spiritual organization. Plato’s idea of terrestrial man was that he is
a “trinity of soul, soul-body, and earth-body.” The mystic jargon of
the Hermetic philosophers discloses the same general idea. The “salt,
sulphur, and mercury” of the ancient alchemists doubtless refers to man
as being composed of a trinity of elements. The early Christian Fathers
confidently proclaimed the same doctrine, as is shown in the writings
of Clement, Origen, Tatian, and other early exponents of Christian
doctrine.

Indeed, it may be safely assumed that the conception of this
fundamental truth was more or less clearly defined in the minds of
all ancient philosophers, both Christian and pagan. It is the basis
of their conception of God as a Trinity in his personality, modes
of existence, and manifestations,–a conception of which Schelling
says: “The philosophy of mythology proves that a trinity of divine
potentialities is the root from which have grown the religious ideas of
all nations of any importance that are known to us.”

In later times, Swedenborg, believing himself to be divinely inspired,
declared that “There appertain to every man an internal man, a rational
man, and an external man, which is properly called the natural man.”
Again, he tells us that there are three natures, or degrees of life, in
man,–“the natural, the spiritual, and the celestial.”

Of modern writers who accept the dual theory, Professor Wigan, Dr.
Brown-Séquard, and Professor Proctor are notable examples. Numerous
facts are cited by these writers, demonstrating the broad fact of
duality of mind, although their theory of causation, based on cerebral
anatomy, will not bear a moment’s examination in the light of the facts
of hypnotic science.

In more recent years[1] the doctrine of duality of mind is beginning
to be more clearly defined, and it may now be said to constitute a
cardinal principle in the philosophy of many of the ablest exponents of
the new psychology.

Thousands of examples might be cited to show that in all the ages the
truth has been dimly recognized by men of all civilized races and in
all conditions of life. Indeed, it may be safely predicated of every
man of intelligence and refinement that he has often felt within
himself an intelligence not the result of education, a perception of
truth independent of the testimony of his bodily senses.

It is natural to suppose that a proposition, the substantial
correctness of which has been so widely recognized, must not only
possess a solid basis of truth, but must, if clearly understood,
possess a veritable significance of the utmost importance to mankind.

Hitherto, however, no successful attempt has been made to define
clearly the nature of the two elements which constitute the dual
mind; nor has the fact been recognized that the two minds possess
distinctive characteristics. It is a fact, nevertheless, that the line
of demarcation between the two is clearly defined; that their functions
are essentially unlike; that each is endowed with separate and distinct
attributes and powers; and that each is capable, under certain
conditions and limitations, of independent action.

For want of a better nomenclature, I shall distinguish the two by
designating the one as _objective_, and the other as _subjective_.
In doing so the commonly received definitions of the two words will
be slightly modified and extended; but inasmuch as they more nearly
express my exact meaning than any others that occur to me, I prefer to
use them rather than attempt to coin new ones.

In general terms the difference between man’s two minds may be stated
as follows:–

The objective mind takes cognizance of the objective world. Its media
of observation are the five physical senses. It is the outgrowth of
man’s physical necessities. It is his guide in his struggle with his
material environment. Its highest function is that of reasoning.

The subjective mind takes cognizance of its environment by means
independent of the physical senses. It perceives by intuition. It is
the seat of the emotions, and the storehouse of memory. It performs
its highest functions when the objective senses are in abeyance. In a
word, it is that intelligence which makes itself manifest in a hypnotic
subject when he is in a state of somnambulism.

In this state many of the most wonderful feats of the subjective mind
are performed. It sees without the use of the natural organs of vision;
and in this, as in many other grades, or degrees, of the hypnotic
state, it can be made, apparently, to leave the body, and travel to
distant lands and bring back intelligence, oftentimes of the most exact
and truthful character. It also has the power to read the thoughts of
others, even to the minutest details; to read the contents of sealed
envelopes and of closed books. In short, it is the subjective mind
that possesses what is popularly designated as clairvoyant power, and
the ability to apprehend the thoughts of others without the aid of the
ordinary, objective means of communication.

In point of fact, that which, for convenience, I have chosen to
designate as the subjective mind, appears to be a separate and distinct
entity; and the real distinctive difference between the two minds seems
to consist in the fact that the “objective mind” is merely the function
of the physical brain, while the “subjective mind” is a distinct
entity, possessing independent powers and functions, having a mental
organization of its own, and being capable of sustaining an existence
independently of the body. In other words, it is the soul. The reader
would do well to bear this distinction clearly in mind as we proceed.

One of the most important, as well as one of the most striking,
points of difference between the two minds, relates to the subject of
suggestion. It is in this that the researches of the modern hypnotists
give us the most important aid. Whether we agree with the Paris school
in giving to suggestion a secondary place among the causes of hypnotic
phenomena, or with the Nancy school in ascribing all the phenomena to
the potentiality of suggestion, there can be no doubt of the fact that
when suggestion is actively and intelligently employed, it is always
effective. The following propositions, therefore, will not be disputed
by any intelligent student of hypnotism:– 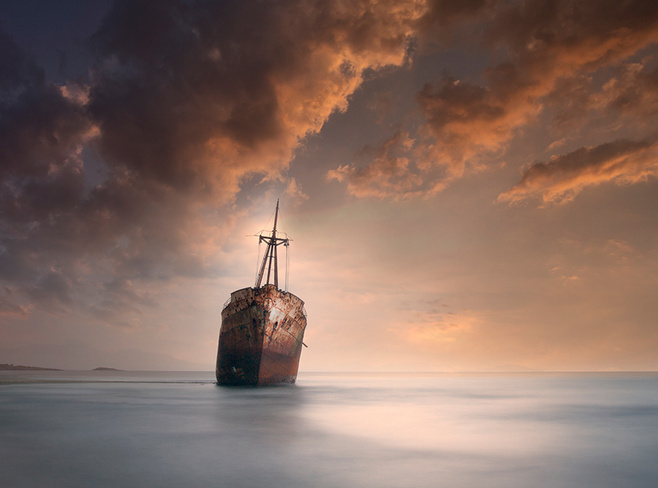 1. That the objective mind, or, let us say, man in his normal
condition, is not controllable, against reason, positive knowledge, or
the evidence of his senses, by the suggestions of another.

2. That the subjective mind, or man in the hypnotic state, is
unqualifiedly and constantly amenable to the power of suggestion.

That is to say, the subjective mind accepts, without hesitation or
doubt, every statement that is made to it, no matter how absurd or
incongruous or contrary to the objective experience of the individual.
If a subject is told that he is a dog, he will instantly accept the
suggestion, and, to the limit of physical possibility, act the part
suggested. If he is told that he is the President of the United States,
he will act the part with wonderful fidelity to life. If he is told
that he is in the presence of angels, he will be profoundly moved to
acts of devotion. If the presence of devils is suggested, his terror
will be instant, and painful to behold. He may be thrown into a state
of intoxication by being caused to drink a glass of water under the
impression that it is brandy; or he may be restored to sobriety by
the administration of brandy, under the guise of an antidote to
drunkenness. If told that he is in a high fever, his pulse will become
rapid, his face flushed, and his temperature increased. In short, he
may be made to see, hear, feel, smell, or taste anything, in obedience
to suggestion. He may be raised to the highest degree of mental or
physical exaltation by the same power, or be plunged by it into the
lethargic or cataleptic condition, simulating death.


These are fundamental facts, known and acknowledged by every student
of the science of hypnotism. There is another principle, however,
which must be mentioned in this connection, which is apparently not
so well understood by hypnotists generally. I refer to the phenomenon
of auto-suggestion. Professor Bernheim and others have recognized its
existence, and its power to modify the results of experiments in one
class of hypnotic phenomena, but apparently have failed to appreciate
its full significance. It is, in fact, of coextensive importance with
the general principle, or law, of suggestion, and is an essential part
of it. It modifies every phenomenon, and sometimes seems to form an
exception to the general law. Properly understood, however, it will be
seen, not only to emphasize that law, but to harmonize all the facts
which form apparent exceptions to it.

The two minds being possessed of independent powers and functions,
it follows as a necessary corollary that the subjective mind of an
individual is as amenable to the control of his own objective mind
as to the objective mind of another. This we find to be true in a
thousand ways. For instance, it is well known that a person cannot be
hypnotized against his will. As the hypnotic condition is usually
induced by the suggestion of the operator, his failure is due to the
contrary auto-suggestion of the subject. Again, if the subject submits
to be hypnotized, but resolves beforehand that he will not submit to
certain anticipated experiments, the experiments are sure to fail. One
of the finest hypnotic subjects known to the writer would never allow
himself to be placed in a position before a company which he would
shrink from in his normal condition. He was possessed of a remarkable
dignity of character, and was highly sensitive to ridicule; and this
sensitiveness stepped in to his defence, and rendered abortive every
attempt to cause him to place himself in a ridiculous attitude. Again,
if a hypnotic subject is conscientiously opposed to the use of strong
drink, no amount of persuasion on the part of the operator can induce
him to violate his settled principles. And so on, through all the
varying phases of hypnotic phenomena, auto-suggestion plays its subtle
_rôle_, often confounding the operator by resistance where he expected
passive obedience. It does not militate against the force of the rule
that suggestion is the all-controlling power which moves the subjective
mind. On the contrary, it confirms it, demonstrates its never-failing
accuracy. It shows, however, that the stronger suggestion must always
prevail. It demonstrates, moreover, that the hypnotic subject is not
the passive, unreasoning, and irresponsible automaton which hypnotists,
ancient and modern, have believed him to be.

As this is one of the most important branches of the whole subject
of psychological phenomena, it will be more fully treated when the
various divisions of the subject to which the principle is applicable
are reached. In the mean time, the student should not for a moment lose
sight of this one fundamental fact, that the subjective mind is always
amenable to the power of suggestion by the objective mind, either that
of the individual himself, or that of another who has, for the time
being, assumed control.