It was very evident that the steamer had fallen victim to the fury of
the cyclone, so deplorable was her condition.

Frank studied her a few moments, then cried to Pomp:

“Go down to her; we will see what the man wants.”

“Yes, sah!” replied the coon, causing the engine to descend.

As the Pegasus paused beside the steamer the man rushed over to her
side, and he saw that he was a sailor.

“For God’s sake, take me off!” he implored. “The steamer has sprung a
leak and may founder at any moment!”

“You’ve got a good heart!” the man exclaimed, as he boarded the engine.
“I’m sorry I ever raised a hand against you!”

“Where are your companions?” asked the inventor.

“All were taken aboard of a ship bound for Hong Kong. I was left to my
fate in the hold. The cyclone ruined the ship.”

“Was Martin Murdock with them?”

The engine was then raised in the air and headed for China.

Frank questioned the man and learned the details of their fight with the
storm and abandonment of the Rover.

The airship was then headed for Hong Kong.

She arrived there in due time and descended on the suburbs.

Frank and the sailor alighted and going to the city they sought the
American consul.

He told them that the shipwrecked crew had reached the city in safety
and all had been shipped for California on the Pacific Mail steamer
Confucius Kao, two days previously.

Frank was chagrined to learn that Murdock was among them.

He left the sailor to find a berth and returned to where he had left the
Pegasus.

Hastening aboard he put her helices in motion and she shot up into the
air.

Up she flew to the clouds, then off she went for the sea.

Frank’s friends joined him, and he explained what he learned.

“We must chase the Confucius across the Pacific,” said he; “she is bound
for San Francisco.”

“Why, by ascending into the Solar Current!” said Frank. “Crippled as we
are we could not overhaul her. But that air current will add ten miles
an hour to our speed.”

“Go up, by all means, then!” exclaimed the detective.

Frank nodded, and sent the machine up several miles, when they entered
the great current and sped along faster.

From their great elevation the voyagers could see the ships they
encountered by means of their telescopes, but failed to observe any
until they neared the American shores, that tallied with the appearance
of the Pacific mail steamers.

Frank made a computation of the time made, and was delighted to find
that they had gained considerably on the Confucius Kao.

“Allowing eighteen knots an hour for her speed,” said he to his friends,
“we ought to reach the Golden Gate almost as soon as she does.”

Here they espied the steamer at anchor.

She had beaten them in!

It was the final disappointment.

Sure that Murdock had once more escaped them, they lowered the engine of
the clouds and Frank and the detective alighted.

Inquiries soon developed the fact that the fugitive had only passed on
shore long enough to procure some new clothing.

He had then taken passage on the Union Pacific Railroad for the East,
having purchased a ticket through to Chicago.

Learning what train he was on, and the time it was due in the White
City, our friends hastened back to the flying machine and resumed the
pursuit relentlessly.

Murdock had six hours, or over two hundred miles start of them.

Away shot the Pegasus over the continent.

By cutting across curves and resorting to similar measures, our friends
reduced the lead of the train.

In two days they reached Chicago.

They were ahead of the cars.

A quick descent was made.


Frank and Reynard left the Pegasus and hastened to the depot, where they
arrived just as the train came in.

Both were intensely excited.

“We must not miss him now,” said the inventor. “We have gone all around
the world after that man, and it would be terrible if we were to lose
him at the last moment.”

“He won’t get away now!” grimly asserted the detective.

They stood aside as the people came thronging from the cars, and watched
every one closely.

“There he is!” he muttered.

The next moment he had jumped in front of Murdock, taking him by
surprise, and aimed his pistol at the man’s head.

“You are my prisoner, sir!” he cried.

Up went Murdock’s hands, and Reynard handcuffed him.

Some people tried to interfere, but a warrant for the rascal’s arrest
was shown, and they took him away.

Just as they were about to leave the depot Barney and Pomp came rushing
up to them, pale and excited. 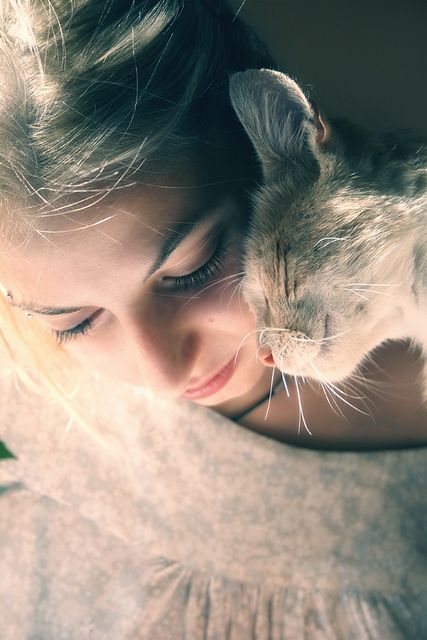 “Blowed up—smashed into a thousand pieces!”

“Good heavens! How did it happen?”

“Yer see, ther naygur an’ I left her a few moments afther you wint, an’
there suddenly sounded a terrible explosion insoide av her. Ther next
moment she wuz a wreck.”

“What caused the explosion?”

“A can av that terrible powder, I’m thinkin’, wid which you do be afther
loadin’ ther bullets we used in ther guns. It shtood on the edge av a
shelf, an’ must have fell to ther flure.”

As there was no means of ascertaining positively what caused the
explosion, and Barney’s idea was the most plausible, Frank was forced to
accept this theory.

He was, in fact, right in his conclusion.

They returned to where they had left the machine and found a big crowd
on the scene, attracted there by the violent report.

As the engine of the clouds was completely destroyed, they could do
nothing with the remains, and therefore left them.

They reached the city with their prisoner, and put him in jail.

But a startling surprise awaited them.

The chief of police came in with little Joe Crosby, alive and well.

In answer to their startled inquiries about him, they were told that
Martin Murdock’s bullet had failed to do its murderous work.

The boy had fallen wounded and senseless.

When Frank carried the detective into his house a resident of Readestown
had come along in a carriage, saw the boy and took him into the vehicle.

Carrying him home and summoning a doctor, he had maintained secrecy
about the matter, and had the little fellow completely cured.

Long after Frank had gone in pursuit of Murdock he had taken the boy
back to Chicago and put his case into the hands of the police.

There Joe had been ever since.

If he had perished Murdock would have been hung; as it was, the villain
was forced to make restitution, a new guardian was appointed for the
boy, and he prospered after that.

Martin Murdock was sentenced to prison for his rascality.

Tom Reynard returned to his official duties, pleased at the way the
affair had terminated, and Frank, Barney and Pomp went home.

They had their long chase around the world for nothing, but did not
regret it, as the perilous adventures they encountered just suited them.

They all were in good spirits.

The loss of the Pegasus incited Frank to invent another machine, and it
was ultimately built and proved to be a means of bringing him and his
friends into the most exciting adventures.

In a future number of this weekly we will give our readers an account of
them, and so, for the present, will part with our friends.