Her face was wet with her tears, but he could just see her smile
glimmering through the darkness. His eyes were as hungry as his lips.
That sweet flower-like face, with the tender eyes and the mouth
a-quiver—would he ever be able to gaze his fill of it?

She made no effort to draw herself from him, but nestled to him, and
poured out a broken sobbing explanation of her absence to which he
hardly listened. What did it matter how she had been prevented from
coming to him, since she had longed for him as he had longed for her,
and was with him now?

He kissed away her tears; she had not returned his kisses since her
first unconsidered impelled surrender, but was still sweetly receptive
of them. “Oh, I ought not to,” she said, smiling at him. “But I do
love you, and I have wanted you so.”

Yes, this was love, of which he had never consciously, thought. She had
spoken the word first, but he knew before she had spoken it that all his
joy and all his pain had sprung from that source, and exulted in his new
knowledge.

“I love you too—Viola,” he said, lingering caressingly on her name.
“Oh, how I love you!”

He drew a long breath, and they gazed silently into one another’s eyes,
to find in them what no speech could utter. The melting sweetness of
her gaze filled him with trembling rapture. The secret of life and all
its beauty which he thought he had divined, now seemed to have depths
beneath depths of meaning, beyond mental capacity to grasp, in their
almost intolerable rapture. With a sigh they released each other, and
speech flowed to their relief, broken and melodious, bearing them again
to the surface of their bliss.

They withdrew a little from the path where they had met, and told over
the tale of their love. By and by they moved along it again, in a
common impulse to escape from the thick darkness of the wood, and gain
the freedom of the starry night.

They passed the cottage where Viola dwelt and never gave it a thought.
At a later time they confessed to one another that they had no
recollection of passing it at all. They were so wrapped up in one
another that nothing and nobody else in the wide world mattered to them
at that moment. But when they had emerged from the wood they turned
aside, instinctively perhaps, to escape prying eyes, and passed slowly
along the path which they had taken the afternoon before.

After the darkness of the wood, the sky, moonless, but lit by the
innumerable lanterns of the stars, had the effect of brightness. Their
young faces could be plainly seen in this soft radiance, and they stood
to worship one another afresh.

“You’re so beautiful, Viola! How beautiful you are! I must have been
blind not to see it before.”

“I saw that you were from the very first.”

Here were two statements of surpassing interest. They had to be enlarged
upon and explained, with new and immeasurable content gained from the
disclosures that were made. Nothing had ever happened like it before.
They were pioneers in the uncharted country of love, and the springs at
which they refreshed themselves, and the flowers brushed by their feet
as they wandered through it, had been waiting for them unseen and
unguessed at since the world began. The wonder of it increased.

They sat down on a low rock, jutting through the fern, and gave
themselves up to the miracle of their discoveries. Harry held her hands
in his, and his eyes were never off her face, except when he looked out
into space as if trying to fathom something that passed his
comprehension. Sometimes they drew together by an irresistible mutual
impulse, but every kiss he gave her was a consecration. She was too
beautiful and too sacred a thing not to be treated with high reverence.
Instinctively he held himself back, though without cessation he thirsted
for her sweetness, and her lips assuaged his thirst only so long as his
were upon them.

For more than an hour they sat there, and the time seemed as nothing.
Then she sprang up suddenly and said she must go in. She had only meant
just to run out and tell him why she had not been able to come in the
afternoon. As she said it, a voice was heard calling: “Viola! Viola!”
out of the darkness. She raised herself hurriedly to kiss him, of her
own accord, and tearing her hands from his ran off without a word.

Harry stood for a long time where she had left him, while the unhurrying
stars marched on to their celestial music and looked down upon him, a
creature of the moment, who had yet found his way into the courts of
eternity. He looked up at them, and in the rapture of the revelation
that had come to him worshipped anew in the temple whose gates he had
besieged all his life. It was for this that he had been born; it was
for this that the heavens were lit, and the earth put forth its beauty.
At last he had been admitted into the innermost sanctuary of the temple,
and the secret of life was his. 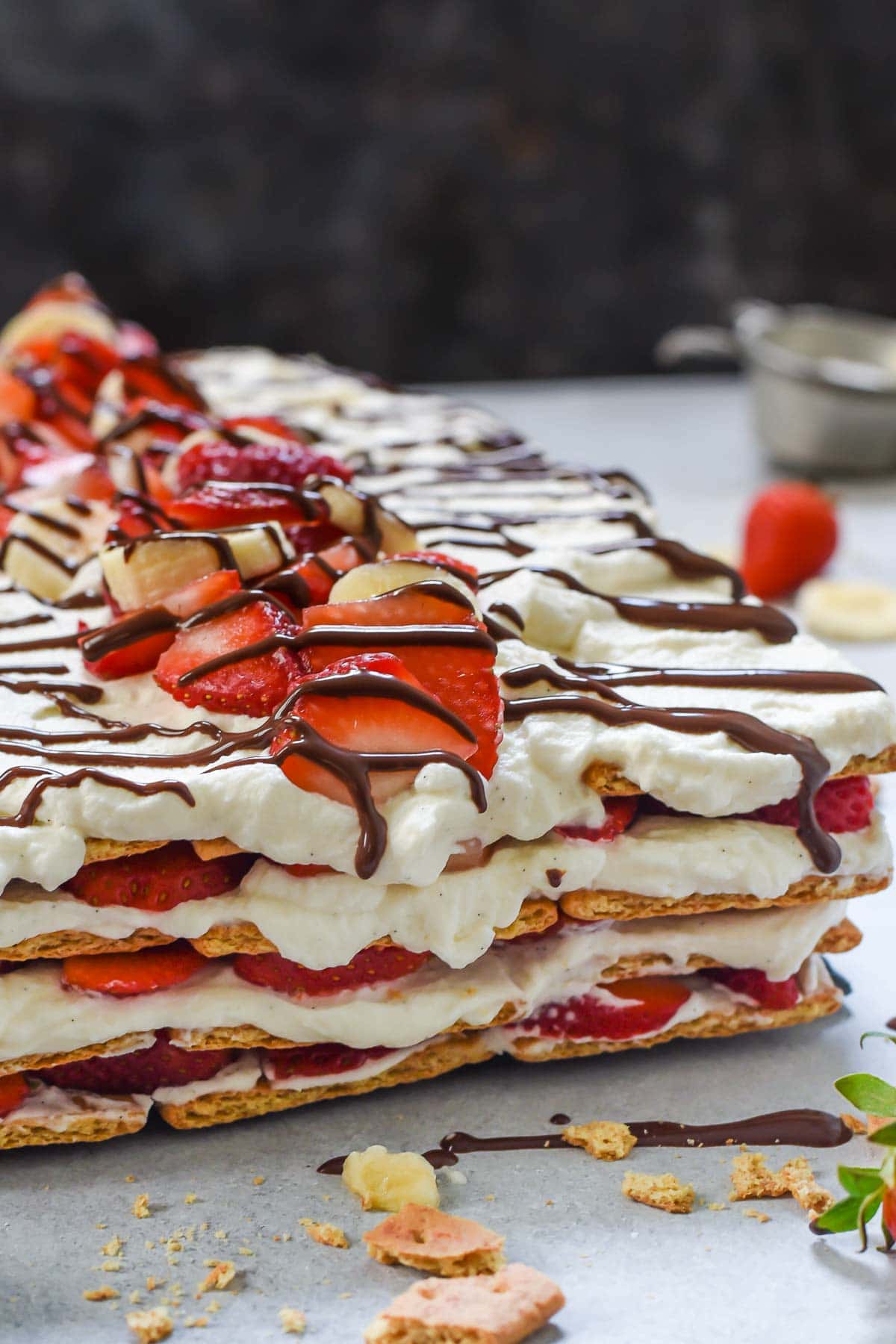 He moved slowly towards the cottage which enshrined his love, unable to
leave its hallowed precincts.

There were lights in the lower windows, and presently in that upper one
which he knew to be Viola’s. Perhaps she knew that he would linger out
there under the stars, for she came to the window and stood there for a
long time, and before she left it she kissed the tips of her fingers and
threw her message out into the darkness.

Presently her light went out. Harry laid himself down on the warm turf.
He would sleep there that night, as he had sometimes slept out in the
open on warm summer nights before, but not with that sense of bliss
enfolding him. He would keep guard over her, and perhaps, when the
stars had paced onwards in their western march, and the moon had arisen,
she would come to the window again, as she had come the night before.
He had told her that he had seen her there. He thought she would come.
And surely her presence would make itself felt through his dreams, and
he would awake to see her! It was not possible that he should sleep
while she was awake near him.

He pillowed his head on the fern and slept, and for a long time there
was silence, on the moor and in the cottage, while the stars watched
over them and waited for their waking.

It happened just as Harry had thought when he laid himself down to
sleep. He awoke to find the moor flooded by the bright radiance of the
moon, which shone also upon the front of the cottage and the window of
Viola’s room. And she was there, with her dusky hair about her face and
on her shoulders, and with some dark wrap round her, so that her face
alone, and her hands, were softly illumined.

He arose and went towards her. She saw him coming, for she gave a
little start, and then sat motionless again until he stood just beyond
the garden fence, where he could see her face, though his was in shadow.

He stood there; neither of them spoke and neither of them moved, but
drank their fill of one another’s presence. They made no motion of
farewell when at last Harry moved away and his form was lost in the
shadows of the wood.

He could go home now and sleep, with his great happiness to bear him
company. On the morrow he would see her again, and new happiness would
be his lot.