So far Harry had been brought in his life’s story.

The gods had showered their gifts upon him. They had given him strength
and beauty; a mind quick to receive their messages and eager to
interpret them; a heart that went out to others and drew others to it;
largesse of temporal favours, which they scatter here and there but are
apt to withhold from those whom they endow with their choicest gifts.
His manhood had been tried in a hard school, had been established and
wrought to finer issues by it. He had known great happiness, and also
suffering both of mind and body, without which happiness itself is but a
monochrome. He had entered the high courts of love, and worshipped in
them devoutly.

For what had they prepared him, on whom they had smiled, not so
uniformly as to soften his fine fibre, but as if they would have
cherished so rare an example of their handiwork, and led it towards
still higher desert of their bounties? Would they not watch over him
and preserve him from the ultimate dangers which youth was plunging to
meet at this point in the world’s long history? Or is the world’s
history itself a mere point in time, as it unrolls itself before their
unwearying eyes, so that it matters not what destruction may be wrought
in it, since there is infinity in which to forge new combinations of
flesh and brain and fortune?

To the women on the edge of the vortex in which manhood was fiercely
involved, but striving by prayers and tears to weigh down the balance of
life and death in favour of the men they loved, the gods may well have
appeared contemptuously indifferent. The very interests towards which
they had seemed to be working, the values they had impressed upon those
to whom they had given enlightenment to understand them, what were they
in the balance? It was impossible for mothers to look upon a life of no
more than twenty years as rounded and complete, however they might have
laboured to perfect it; or for young wives to balance the bliss of early
married love against a life-time of companionship and the sweet joint
care of children, and cry quits on the bargain. To them the happiness
of youth is an earnest of still still greater happiness to come; a youth
cut short is a youth wasted, however it may have fulfilled itself.

To Lady Brent, watching the news from the battlefields of the Somme, day
after day, week after weary week, it seemed as if all young life hung by
the balance of a hair. She felt the weight of it far more than during
the previous years, in which Harry had been far removed, and the details
of the fighting had not been brought before her with this daily deadly
insistence. To her, more than to most whose hopes were dependent upon
the chances of battle, did youth appear as a period of preparation
rather than of fruition. Her one steady object during the last twenty
years had been to work with the high gods so as to fulfil their purpose;
and she seemed to herself to have been blest in her strivings in such a
way as to give her the right to believe that her object had also been
theirs.

She had had her grave doubts, but now the weight of them had been
removed from her. Surely that had been because she had not tarried to
accept the foiling of her own plans where they had not served the great
purpose! The love that had come to Harry was, on the face of it, just
the kind of love from which she had most desired to preserve him. Now
she saw it as the crown of his happy youth, but still more as the gift
that was to bless his manhood to come. The plunging of him into crude
and unfamiliar life, which had still lain on his spirit at his first
homecoming, and had brought her such trouble of mind on his behalf—he
had come through that fire. It was, as Wilbraham had said, the
tempering of the steel in him. He would not have been of the fine metal
that he was if he had not felt its rigour; and, having gone through it,
he would not be what it had made of him if his spirit were not now freed
from it. Every letter that he wrote showed him free and untroubled in
the life he was living and the work he was doing. He wrote happily and
gaily, and as if there was not a care on his mind. They all seemed to
take it like that—the boys who were out there, snapping their fingers in
the face of Death, who was gibbering at them from every corner and
trying to frighten them into respect for his menace. Harry had never
feared death, and now he no longer feared life in any of its unfamiliar
aspects, but embraced it with all the ardour of his youth, and with it
the happiness it had in store for him when the great confusion should be
smoothed out.

Surely he must be spared, for whom life held so much! It could not be
squared with any theory of directing and guiding providence that one who
had been dowered with the gifts of life so much above others, and was so
much in accord with the higher purposes of life as they had been slowly
and sometimes painfully revealed to her, should be denied his full
inheritance of life.

But so much high promise had been cut down and gathered in to the
dreadful harvest. Day after day those long lists came out. Names,
names, columns and pages long, and each one of them to some, perhaps to
many, so much more than a name. She could only wait and tremble for the
tilt of the scales. He had been in the thick of it and was untouched so
far, though so many of those who had been fighting around him had
fallen. A charmed life? By all the theories to which she wrested her
mind she ought to have believed so, as the weeks went by and his letters
came. But the dread only increased.

She showed little of it. Jane was her frequent companion, and though
they never spoke of the dread, each divined much of what the other was
thinking.

Half child, half woman, Jane hovered strangely between fear and
fatalism. She loved Harry, but if there had been any budding of a
woman’s love in her it had been nipped by the revelation of his love for
Viola and flowed again only in the channels of her childish devotion.
There was something of the woman in the way she regarded him in
connection with Viola. One man for one woman to love and cherish. He
was hers when he had fallen captive to her; others only had that share
in him which she might grant to them. Jane had accepted Sidney as a
possible mate for Harry, and now she accepted Viola, whom she also loved
since she had come to Royd. There was no jealousy in her. Harry loved
her as he had always loved her; and Viola loved her. She felt almost as
if she had brought them together.

But in Jane’s childish view the recognition of this kind of love was the
closing of youth’s manuscript. She was uplifted by the idea of having a
pair of intimate married friends; but it would be different. She did
not ask herself in what way. It might be even more agreeable than
having two separate friends, but it would be different. So her view of
Harry was a backward one. She talked chiefly of him as he had been, and
Lady Brent, somewhat to her comfort, learnt to look upon Harry’s youth
also as a chapter in some sense closed, and as a very perfect chapter.
Whatever might happen, he had had that. And she had been instrumental
in fashioning his youth—a jewel to hang upon the neck of memory, whole
and flawless. 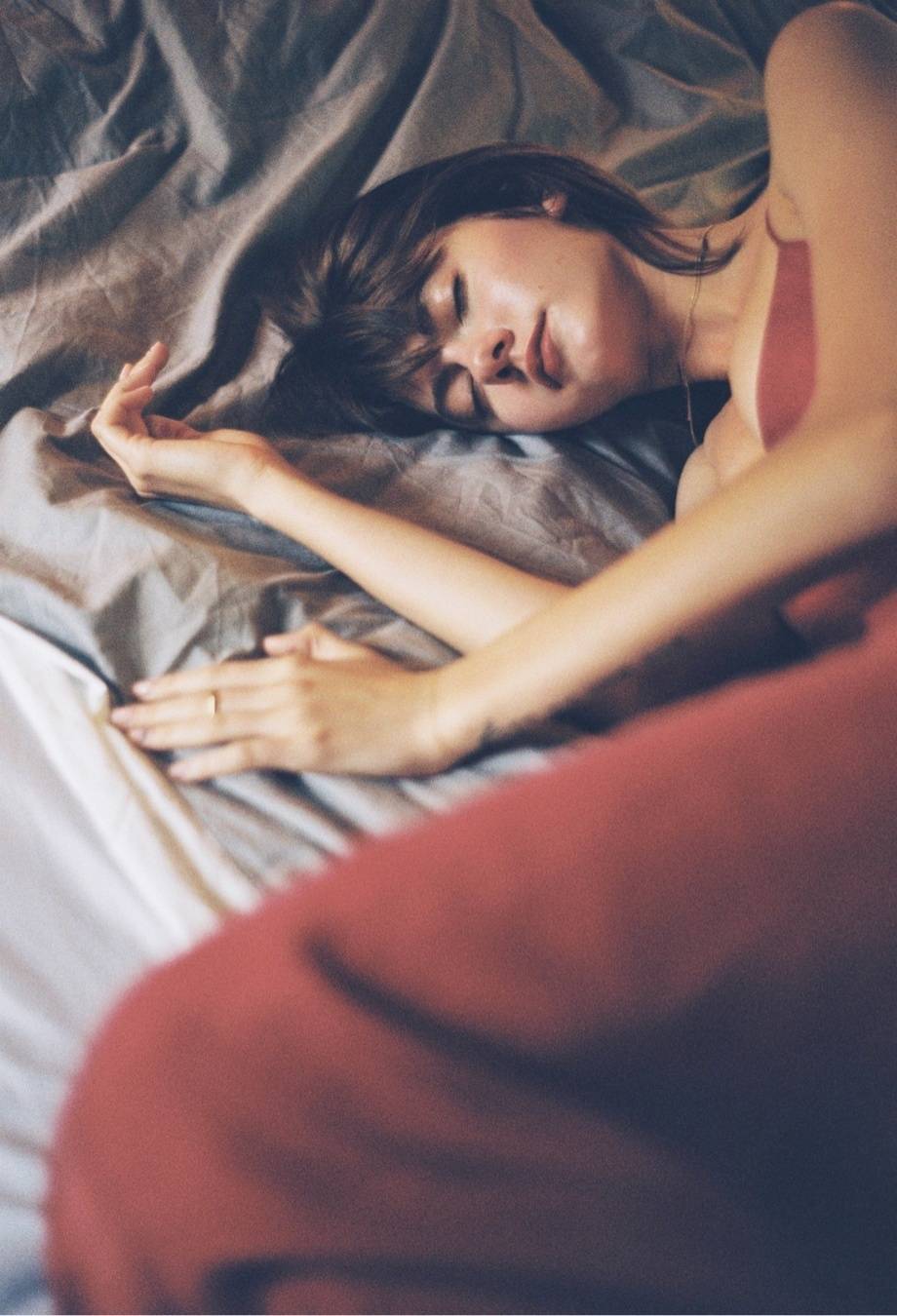 She would not disturb Jane with her fears, but the child divined them
and was often struck by foreboding, which she resisted with all her
might. In this also she gave comfort. Her optimism, fitting to her
youth and inexperience, was insistent, and would not be denied. Nothing
could happen to Harry worse than what had happened already. Nothing—she
seemed to frame her creed—could happen to one who was so loved.

The gods held the scales—life whole or life disabled on the one side,
death on the other. They dipped now this way, now that. What was it
that they threw into them? Was there any weight in the strong urgings
of those who thought they had learnt from them that they would incline
their ears to such utterances? Was there anything that might incline
them to spare one to whom they had shown their favours until now? Was
he not nearer to them in the tested quality of his manhood than the
generality of beings whom they sent to represent their godhead on earth?
Had they not fashioned him to shine in years to come as an example of
the kind of human stuff they could produce from their workshops? Had
they no further use for him in a world so largely populated with their
failures? Or were the tokens they threw into the scales nothing at all
but just the chances of time and space, so that this man’s righteousness
and that man’s worthlessness were of no account against the tick of a
watch or the ruled immutable path of a shard of iron?

Did they even hesitate? Was it destined from the beginning of time that
just at that moment in a sodden desolate winter’s dawn, by just that
naked riven tree, the life they had given and so richly endowed should
be battered out of the young eager body in which they had set it, with
nothing in it left that could any more upon earth give or receive love?

So it happened. The day of blood dawned, and waxed and waned and ended.
Many were killed in it, many lived to remember it as no more terrible
than other days. But Harry died in it. The last boon they gave him was
that he died very quickly.