“Phil, I’m getting fearfully hungry. When are we going to strike
civilization?”

The speaker was my chum, Frank Ward. We were home from our academy for
the Christmas holidays and had been amusing ourselves on this sunshiny
December afternoon by a tramp through the “back lands,” as the barrens
that swept away south behind the village were called. They were grown
over with scrub maple and spruce, and were quite pathless save for
meandering sheep tracks that crossed and recrossed, but led apparently
nowhere.

Frank and I did not know exactly where we were, but the back lands
were not so extensive but that we would come out somewhere if we kept
on. It was getting late and we wished to go home.

“I have an idea that we ought to strike civilization somewhere up the
Enderly Road pretty soon,” I answered.

“Do you call _that_ civilization?” said Frank, with a laugh.

No Blackburn Hill boy was ever known to miss an opportunity of
flinging a slur at Enderly Road, even if no Enderly Roader were by to
feel the sting.

Enderly Road was a miserable little settlement straggling back from
Blackburn Hill. It was a forsaken looking place, and the people, as a
rule, were poor and shiftless. Between Blackburn Hill and Enderly Road
very little social intercourse existed and, as the Road people
resented what they called the pride of Blackburn Hill, there was a
good deal of bad feeling between the two districts.

Presently Frank and I came out on the Enderly Road. We sat on the
fence a few minutes to rest and discuss our route home. “If we go by
the road it’s three miles,” said Frank. “Isn’t there a short cut?”

“There ought to be one by the wood-lane that comes out by Jacob
Hart’s,” I answered, “but I don’t know where to strike it.”

“Here is someone coming now; we’ll inquire,” said Frank, looking up
the curve of the hard-frozen road. The “someone” was a little girl of
about ten years old, who was trotting along with a basketful of
school books on her arm. She was a pale, pinched little thing, and her
jacket and red hood seemed very old and thin.

“Hello, missy,” I said, as she came up, and then I stopped, for I saw
she had been crying.

“What is the matter?” asked Frank, who was much more at ease with
children than I was, and had always a warm spot in his heart for their
small troubles. “Has your teacher kept you in for being naughty?”

The mite dashed her little red knuckles across her eyes and answered
indignantly, “No, indeed. I stayed after school with Minnie Lawler to
sweep the floor.”

“And did you and Minnie quarrel, and is that why you are crying?”
asked Frank solemnly.

“Minnie and I _never_ quarrel. I am crying because we can’t have the
school decorated on Monday for the examination, after all. The Dickeys
have gone back on us … after promising, too,” and the tears began to
swell up in the blue eyes again.

“Very bad behaviour on the part of the Dickeys,” commented Frank. “But
can’t you decorate the school without them?”

“Why, of course not. They are the only big boys in the school. They
said they would cut the boughs, and bring a ladder tomorrow and help
us nail the wreaths up, and now they won’t … and everything is
spoiled … and Miss Davis will be so disappointed.”

By dint of questioning Frank soon found out the whole story. The
semi-annual public examination was to be held on Monday afternoon, the
day before Christmas. Miss Davis had been drilling her little flock
for the occasion; and a program of recitations, speeches, and
dialogues had been prepared. Our small informant, whose name was
Maggie Bates, together with Minnie Lawler and several other little
girls, had conceived the idea that it would be a fine thing to
decorate the schoolroom with greens. For this it was necessary to ask
the help of the boys. Boys were scarce at Enderly school, but the
Dickeys, three in number, had promised to see that the thing was done.

“And now they won’t,” sobbed Maggie. “Matt Dickey is mad at Miss Davis
’cause she stood him on the floor today for not learning his lesson,
and he says he won’t do a thing nor let any of the other boys help us.
Matt just makes all the boys do as he says. I feel dreadful bad, and
so does Minnie.”

“Well, I wouldn’t cry any more about it,” said Frank consolingly.
“Crying won’t do any good, you know. Can you tell us where to find the
wood-lane that cuts across to Blackburn Hill?” Maggie could, and gave
us minute directions. So, having thanked her, we left her to pursue
her disconsolate way and betook ourselves homeward.

“I would like to spoil Matt Dickey’s little game,” said Frank. “He is
evidently trying to run things at Enderly Road school and revenge
himself on the teacher. Let us put a spoke in his wheel and do Maggie
a good turn as well.”

Frank had a plan ready to hand and, when we reached home, we took his
sisters, Carrie and Mabel, into our confidence; and the four of us
worked to such good purpose all the next day, which was Saturday, that
by night everything was in readiness.

At dusk Frank and I set out for the Enderly Road, carrying a basket, a
small step-ladder, an unlit lantern, a hammer, and a box of tacks. It
was dark when we reached the Enderly Road schoolhouse. Fortunately, it
was quite out of sight of any inhabited spot, being surrounded by
woods. Hence, mysterious lights in it at strange hours would not be
likely to attract attention.

The door was locked, but we easily got in by a window, lighted our
lantern, and went to work. The schoolroom was small, and the
old-fashioned furniture bore marks of hard usage; but everything was
very snug, and the carefully swept floor and dusted desks bore
testimony to the neatness of our small friend Maggie and her chum
Minnie.

Our basket was full of mottoes made from letters cut out of cardboard
and covered with lissome sprays of fir. They were, moreover, adorned
with gorgeous pink and red tissue roses, which Carrie and Mabel had
contributed. We had considerable trouble in getting them tacked up
properly, but when we had succeeded, and had furthermore surmounted
doors, windows, and blackboard with wreaths of green, the little
Enderly Road schoolroom was quite transformed.

“It looks nice,” said Frank in a tone of satisfaction. “Hope Maggie
will like it.”

We swept up the litter we had made, and then scrambled out of the
window.

“I’d like to see Matt Dickey’s face when he comes Monday morning,” I
laughed, as we struck into the back lands.

“I’d like to see that midget of a Maggie’s,” said Frank. “See here,
Phil, let’s attend the examination Monday afternoon. I’d like to see
our decorations in daylight.”

We decided to do so, and also thought of something else. Snow fell all
day Sunday, so that, on Monday morning, sleighs had to be brought out.
Frank and I drove down to the store and invested a considerable share
of our spare cash in a varied assortment of knick-knacks. After dinner
we drove through to the Enderly Road schoolhouse, tied our horse in a
quiet spot, and went in. Our arrival created quite a sensation for, as
a rule, Blackburn Hillites did not patronize Enderly Road functions.
Miss Davis, the pale, tired-looking little teacher, was evidently
pleased, and we were given seats of honour next to the minister on the
platform.

Our decorations really looked very well, and were further enhanced by
two large red geraniums in full bloom which, it appeared, Maggie had
brought from home to adorn the teacher’s desk. The side benches were
lined with Enderly Road parents, and all the pupils were in their best
attire. Our friend Maggie was there, of course, and she smiled and
nodded towards the wreaths when she caught our eyes.

The examination was a decided success, and the program which followed
was very creditable indeed. Maggie and Minnie, in particular, covered
themselves with glory, both in class and on the platform. At its
close, while the minister was making his speech, Frank slipped out;
when the minister sat down the door opened and Santa Claus himself,
with big fur coat, ruddy mask, and long white beard, strode into the
room with a huge basket on his arm, amid a chorus of surprised “Ohs”
from old and young.

Wonderful things came out of that basket. There was some little
present for every child there–tops, knives, and whistles for the
boys, dolls and ribbons for the girls, and a “prize” box of candy for
everybody, all of which Santa Claus presented with appropriate
remarks. It was an exciting time, and it would have been hard to
decide which were the most pleased, parents, pupils, or teacher.

In the confusion Santa Claus discreetly disappeared, and school was
dismissed. Frank, having tucked his toggery away in the sleigh, was
waiting for us outside, and we were promptly pounced upon by Maggie
and Minnie, whose long braids were already adorned with the pink silk
ribbons which had been their gifts.

“_You_ decorated the school,” cried Maggie excitedly. “I know you did.
I told Minnie it was you the minute I saw it.”

“Oh, no, I’m not,” retorted Maggie shrewdly, “and wasn’t Matt Dickey
mad this morning! Oh, it was such fun. I think you are two real nice
boys and so does Minnie–don’t you Minnie?” 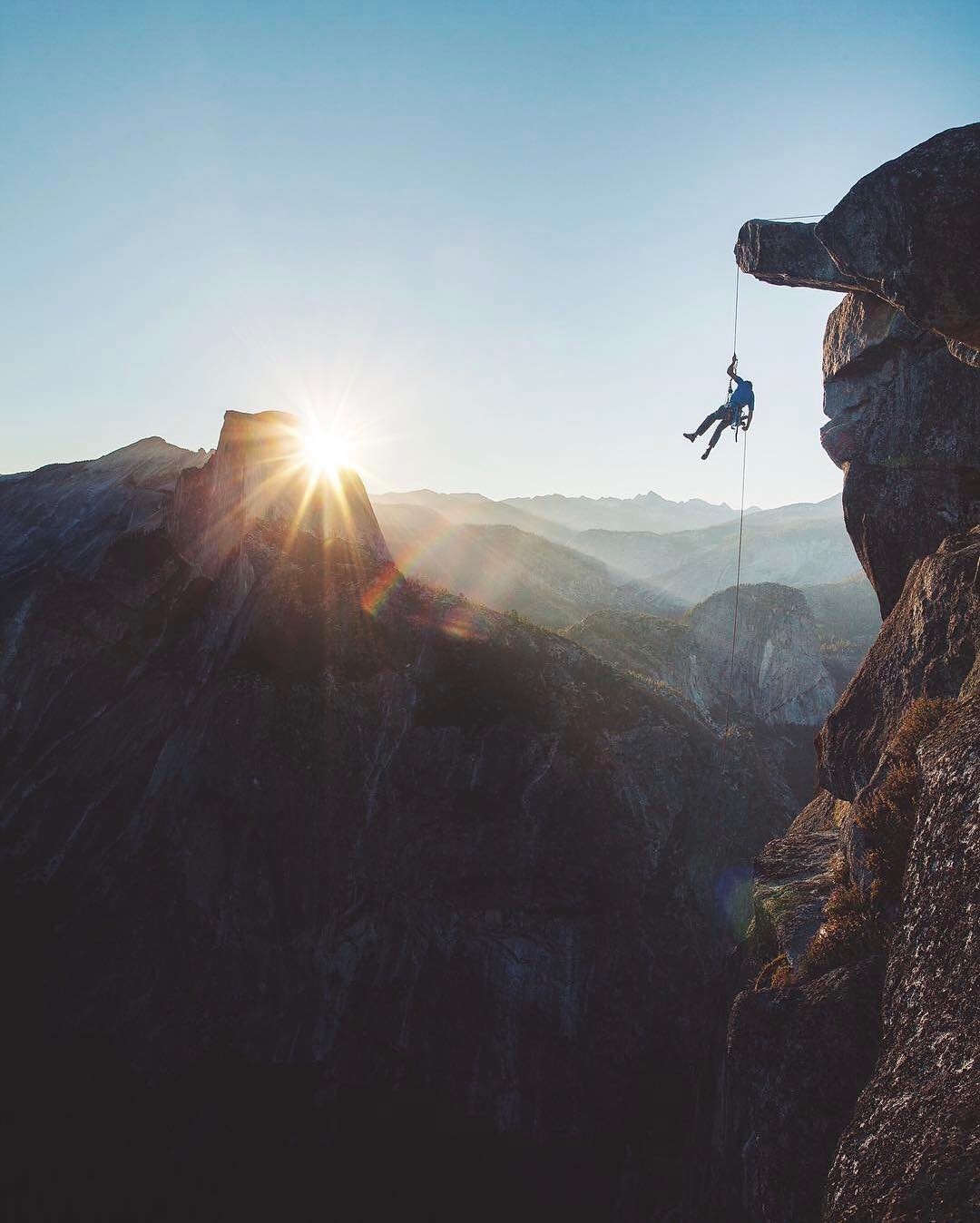 Minnie nodded gravely. Evidently Maggie did the talking in their
partnership.

“This has been a splendid examination,” said Maggie, drawing a long
breath. “Real Christmassy, you know. We never had such a good time
before.”

“Well, it has paid, don’t you think?” asked Frank, as we drove home.

It did “pay” in other ways than the mere pleasure of it. There was
always a better feeling between the Roaders and the Hillites
thereafter. The big brothers of the little girls, to whom our
Christmas surprise had been such a treat, thought it worthwhile to
bury the hatchet, and quarrels between the two villages became things
of the past.