Something very strange happened the night old Mr. Lawrence died. I
have never been able to explain it and I have never spoken of it
except to one person and she said that I dreamed it. I did not dream
it … I saw and heard, waking.

We had not expected Mr. Lawrence to die then. He did not seem very ill
… not nearly so ill as he had been during his previous attack. When
we heard of his illness I went over to Woodlands to see him, for I had
always been a great favourite with him. The big house was quiet, the
servants going about their work as usual, without any appearance of
excitement. I was told that I could not see Mr. Lawrence for a little
while, as the doctor was with him. Mrs. Yeats, the housekeeper, said
the attack was not serious and asked me to wait in the blue parlour,
but I preferred to sit down on the steps of the big, arched front
door. It was an evening in June. Woodlands was very lovely; to my
right was the garden, and before me was a little valley abrim with the
sunset. In places under the big trees it was quite dark even then.

There was something unusually still in the evening … a stillness as
of waiting. It set me thinking of the last time Mr. Lawrence had been
ill … nearly a year ago in August. One night during his
convalescence I had watched by him to relieve the nurse. He had been
sleepless and talkative, telling me many things about his life.
Finally he told me of Margaret.

I knew a little about her … that she had been his sweetheart and had
died very young. Mr. Lawrence had remained true to her memory ever
since, but I had never heard him speak of her before.

“She was very beautiful,” he said dreamily, “and she was only eighteen
when she died, Jeanette. She had wonderful pale-golden hair and
dark-brown eyes. I have a little ivory miniature of her. When I die it
is to be given to you, Jeanette. I have waited a long while for her.
You know she promised she would come.”

I did not understand his meaning and kept silence, thinking that he
might be wandering a little in his mind.

“She promised she would come and she will keep her word,” he went on.
“I was with her when she died. I held her in my arms. She said to me,
‘Herbert, I promise that I will be true to you forever, through as
many years of lonely heaven as I must know before you come. And when
your time is at hand I will come to make your deathbed easy as you
have made mine. I will come, Herbert.’ She solemnly promised,
Jeanette. We made a death-tryst of it. And I know she will come.”

He had fallen asleep then and after his recovery he had not alluded to
the matter again. I had forgotten it, but I recalled it now as I sat
on the steps among the geraniums that June evening. I liked to think
of Margaret … the lovely girl who had died so long ago, taking her
lover’s heart with her to the grave. She had been a sister of my
grandfather, and people told me that I resembled her slightly. Perhaps
that was why old Mr. Lawrence had always made such a pet of me.

Presently the doctor came out and nodded to me cheerily. I asked him
how Mr. Lawrence was.

“Better … better,” he said briskly. “He will be all right tomorrow.
The attack was very slight. Yes, of course you may go in. Don’t stay
longer than half an hour.”

Mrs. Stewart, Mr. Lawrence’s sister, was in the sickroom when I went
in. She took advantage of my presence to lie down on the sofa a little
while, for she had been up all the preceding night. Mr. Lawrence
turned his fine old silver head on the pillow and smiled a greeting.
He was a very handsome old man; neither age nor illness had marred his
finely modelled face or impaired the flash of his keen, steel-blue
eyes. He seemed quite well and talked naturally and easily of many
commonplace things.

At the end of the doctor’s half-hour I rose to go. Mrs. Stewart had
fallen asleep and he would not let me wake her, saying he needed
nothing and felt like sleeping himself. I promised to come up again on
the morrow and went out.

It was dark in the hall, where no lamp had been lighted, but outside
on the lawn the moonlight was bright as day. It was the clearest,
whitest night I ever saw. I turned aside into the garden, meaning to
cross it, and take the short way over the west meadow home. There was
a long walk of rose bushes leading across the garden to a little gate
on the further side … the way Mr. Lawrence had been wont to take
long ago when he went over the fields to woo Margaret. I went along
it, enjoying the night. The bushes were white with roses, and the
ground under my feet was all snowed over with their petals. The air
was still and breezeless; again I felt that sensation of waiting …
of expectancy. As I came up to the little gate I saw a young girl
standing on the other side of it. She stood in the full moonlight and
I saw her distinctly.

She was tall and slight and her head was bare. I saw that her hair was
a pale gold, shining somewhat strangely about her head as if catching
the moonbeams. Her face was very lovely and her eyes large and dark.
She was dressed in something white and softly shimmering, and in her
hand she held a white rose … a very large and perfect one. Even at
the time I found myself wondering where she could have picked it. It
was not a Woodlands rose. All the Woodlands roses were smaller and
less double.

She was a stranger to me, yet I felt that I had seen her or someone
very like her before. Possibly she was one of Mr. Lawrence’s many
nieces who might have come up to Woodlands upon hearing of his
illness.

As I opened the gate I felt an odd chill of positive fear. Then she
smiled as if I had spoken my thought.

“Do not be frightened,” she said. “There is no reason you should be
frightened. I have only come to keep a tryst.”

The words reminded me of something, but I could not recall what it
was. The strange fear that was on me deepened. I could not speak. 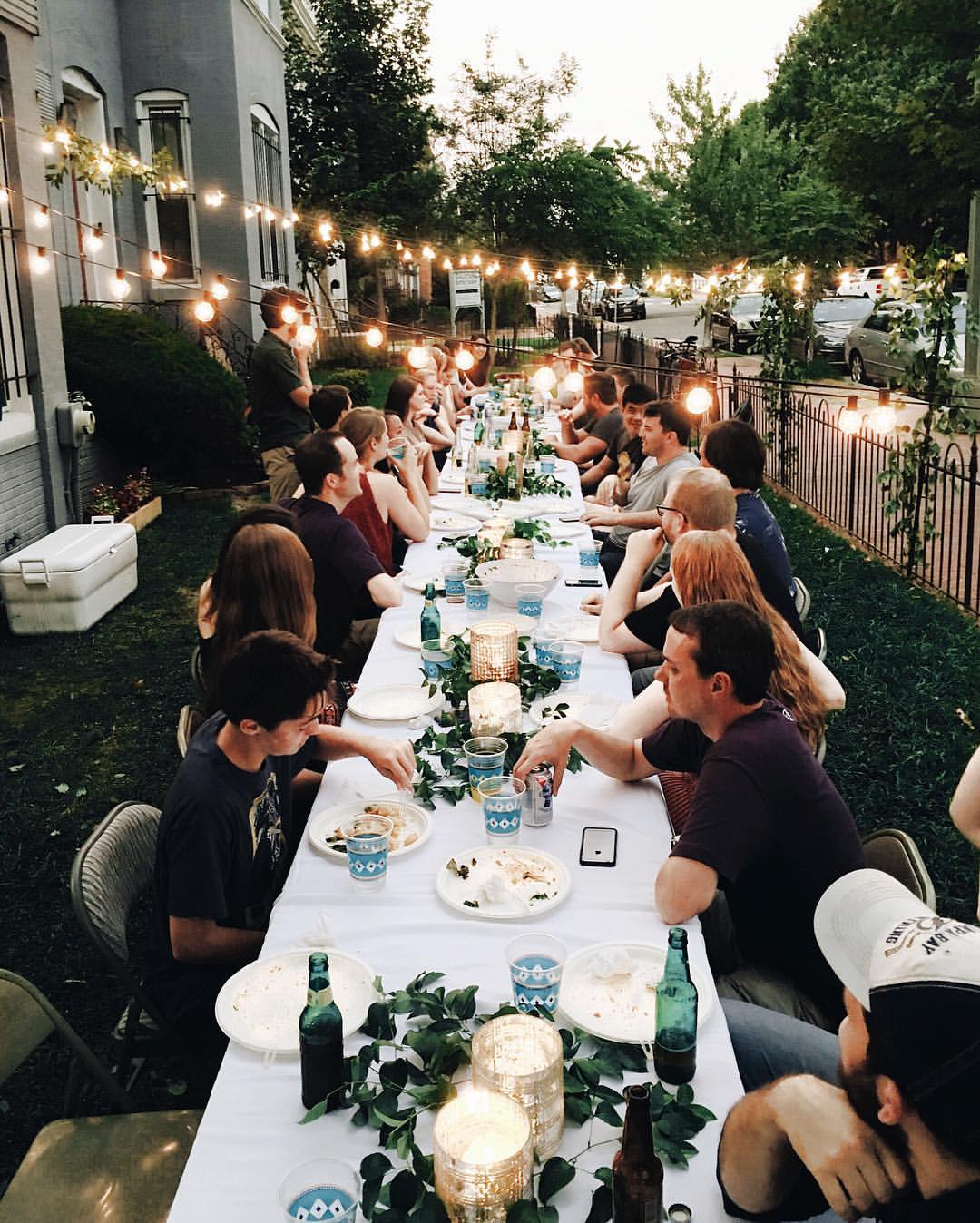 She came through the gateway and stood for a moment at my side.

“It is strange that you should have seen me,” she said, “but now
behold how strong and beautiful a thing is faithful love–strong
enough to conquer death. We who have loved truly love always–and this
makes our heaven.”

She walked on after she had spoken, down the long rose path. I watched
her until she reached the house and went up the steps. In truth I
thought the girl was someone not quite in her right mind. When I
reached home I did not speak of the matter to anyone, not even to
inquire who the girl might possibly be. There seemed to be something
in that strange meeting that demanded my silence.

The next morning word came that old Mr. Lawrence was dead. When I
hurried down to Woodlands I found all in confusion, but Mrs. Yeats
took me into the blue parlour and told me what little there was to
tell.

“He must have died soon after you left him, Miss Jeanette,” she
sobbed, “for Mrs. Stewart wakened at ten o’clock and he was gone. He
lay there, smiling, with such a strange look on his face as if he had
just seen something that made him wonderfully happy. I never saw such
a look on a dead face before.”

“Who is here besides Mrs. Stewart?” I asked.

“Nobody,” said Mrs. Yeats. “We have sent word to all his friends but
they have not had time to arrive here yet.”

“I met a young girl in the garden last night,” I said slowly. “She
came into the house. I did not know her but I thought she must be a
relative of Mr. Lawrence’s.”

“No. It must have been somebody from the village, although I didn’t
know of anyone calling after you went away.”

I said nothing more to her about it.

After the funeral Mrs. Stewart gave me Margaret’s miniature. I had
never seen it or any picture of Margaret before. The face was very
lovely–also strangely like my own, although I am not beautiful. It
was the face of the young girl I had met at the gate!