Most persons accompany the act of close thought with some physical
effort; some whittle, smoke, or chew tobacco furiously. William
Richardson was not an exception. When he had fed the cattle for night,
brought in the night’s wood, a turn of water, and renewed the fire, he
placed the long handle of his wife’s frying-pan across a tub, and began
to shell corn.

His wife, who knew there was corn enough shelled for a long time, made
no remark, but noticed, while she sat spinning at her flax-wheel, that
he dropped a good many ears of corn into the tub half shelled, and some
untouched. He was evidently thinking of anything but shelling corn.

Thus they sat an hour or more; not a word spoken. On the other hand, it
was whir, whir, whir; scrape, scrape, scrape. At length his wife saw, as
the cobs he had been from time to time flinging into the fire caught and
blazed, the muscles of his face relax, and a smile flit across it.

“Do you think you could get along without the tongs?”

“I do get along without them; they are out to the shop the greater part
of the time; I haven’t had ’em in my hands, except out there, this three
weeks.”

“But could you do without ’em altogether?”

“Because I can make a pair of blacksmith’s tongs of ’em.”

“Could you get along without the fire-shovel?”

“No; because I couldn’t clear out the oven.”

“Could we get along without one of the andirons?”

“We could get along as well without both as without one.”

“I don’t want the whole of it, only part of the end that’s in the fire;
we could put a rock under that, and the rest of it would keep the wood
from the hearth, and from rolling out.”

“Then I would take it, William. We can get along very well, I dare say.
Haven’t you got corn enough shelled?”

The sledding was good, and it was sometime before Richardson put his
designs into execution. But the sledding broke up, work came in, and he
felt the need of the tongs more than ever, as the children were at
school, and it was oftentimes impossible for his wife to leave the baby,
that was cutting its teeth, and began to be fretful.

He placed a block beside his anvil, knocked the handle out of the old
axe, and mortised it into the block, edge up: upon this he could lay hot
iron and cut it without calling his wife to assist him.

It was with great reluctance that our smith proceeded to take the tongs
and the andiron, when the time came for doing it. “I feel,” said he to
his wife, “as though I was sheep-stealing: it seems real mean to strip
the fireplace, and take your tongs and andirons, especially as we are so
miserably off for household stuff.”

“I wouldn’t feel so, William. The first two years we got along without
them; then we thought we needed the tongs, and got John Drew to make
them; and now, if you need the hammer more than the tongs, I don’t see
why you shouldn’t take them.”

The kitchen tongs were huge affairs; there was more iron in them than
in three pairs of light smith’s tongs, such as Richardson needed at
present, only it was not in the right place, but just the reverse, as
the legs of the house tongs were shaped like the human leg and thigh,
largest at the fork, and tapering towards the feet, where they
terminated in a large, oval lip, very thick and broad, adapted to seize
and hold the great brands in the old-fashioned fireplaces; whereas
forge-tongs have the most iron in the jaws, and at the cross, and taper
from thence to a small size.

To his great delight, Richardson found that he did not need more than
half of the legs of the tongs.

“I’ll save the body of them,” he said, “and when I get some new iron,
put on new legs, and Susan can have her tongs again.”

He put them into the fire, and cut off the lips, drew down the small end
to half its size, in order to save iron, and that the handles might
occupy less room in his hand. A new difficulty now presented itself.
Indeed, our smith, who was in want of everything but brains and
perseverance, trod a brier-planted path. He had no punch to make a hole
for the rivet, and without it all his previous work was useless. Punches
are made of steel, or, at least, pointed with it; but he had no steel,
except his tools and a file, that he needed to sharpen his saws and
augers, and could not do without. He knew that an iron punch would
answer the purpose; but where should he get the iron to make it of, for
he had now discovered that he needed two pairs of tongs, in order to
take two pieces of iron from the fire at the same time, to weld, and
could spare none from the legs of the fire-tongs for a punch. He took
the two oval buttons that had formed the lips of the house-tongs, welded
them together, and made his punch. To be sure, at every three or four
blows it bent; but he straightened it again, and, by heating the iron as
hot as it would bear, succeeded in punching the holes in both pairs of
tongs, and then took part of the punch to make the rivets.

So delighted was he when the whole matter was accomplished, that the big
man capered around the shop for joy, and ran in to tell the good news to
his wife.

“Now, Sue,” he said, “let us have a thanksgiving to-day, for I have two
pairs of tongs; let us have pea-soup.”

There was not much left of the house-tongs, only the head, and about two
inches of each leg, below the fork, just enough to weld to. The great
benefit of the tongs was instantly apparent. Returning to the shop,
William took up what remained of the punch, and exclaiming, “A
blacksmith has the advantage of a carpenter, for he can work up his
chips,” made a hook. This he fastened to a belt around his waist. Of the
remainder he made a clasp that he could slip over the handles of the
tongs, thus holding the iron and liberating his hand.

Now, if he wanted to use his left hand to hold a punch or cutter, he
could put a clasp over the handles of the tongs, and drop them into the
hook at his waist; the iron, also, was not slipping out of the tongs and
dropping on the ground, every three or four blows. He could now work
alone to very good advantage, as he had no large iron to draw, and his
wife was not compelled to take her hands out of the dough to help him.

“Wife,” said William, when he came in from his work that night, “I am as
tired as a dog. It’s hard work trying to make something out of nothing.”
After resting his brain a while, and doing the new work his neighbors
had brought, he began to think about making a hammer; so he cut off
sufficient iron from one of the andirons, lapped it over, welded it, and
formed the body of the tool. But in this a large hole was to be punched
to receive a handle. It was necessary that he should have more than one
punch, a small one to make the hole, and another to enlarge it, as he
could not, with his nail-hammer, strike with sufficient force to drive a
large punch through so thick a piece of iron.

“I am sure, wife,” he said, “I don’t know what I shall get to make
punches of. I have a good mind to take one of the teeth out of your
flax-comb–they are _steel_–to make the small punch, and cut a piece
off the crowbar to make the big one.” 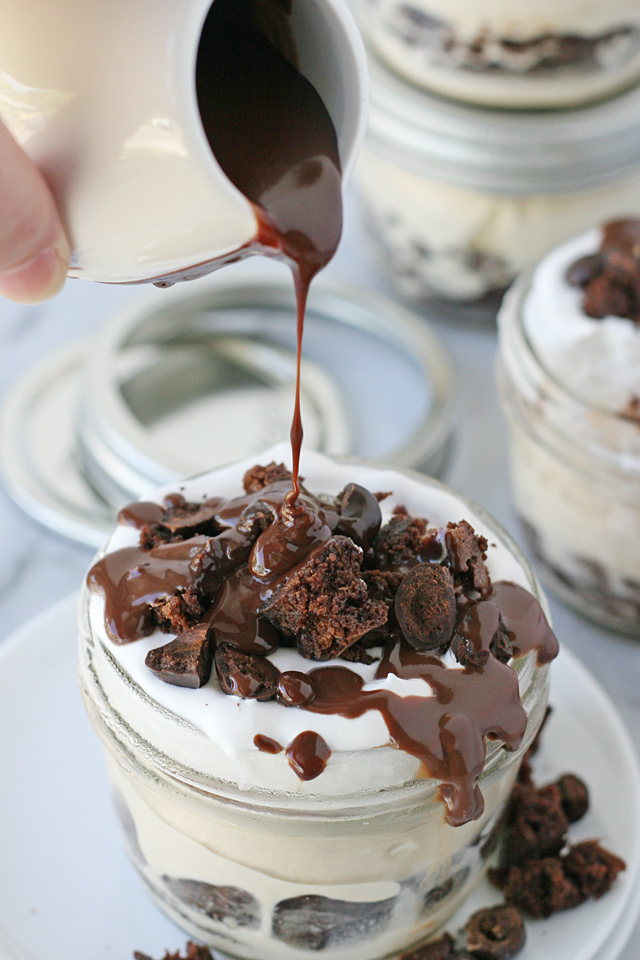 “I wouldn’t cut the crowbar, William. Take part of the other andiron; we
might as well have a stone under the ends of both as under one. There’s
an old wheel spindle will make the small one.”

He acted upon his wife’s advice, and made the hammer. Hammers are faced
with steel, whereas this was all iron; but Richardson knew that, like
his iron punches, it would answer a temporary purpose, and that when it
was battered up, he could hammer it back again. He now was able to do
all the work his neighbors brought, and in half the time required
before. While he was congratulating himself upon his success, David
Montague came to the shop, bringing the chain he had mended first; the
link had straightened when put to a severe test.

“I know the reason,” said Richardson. “I couldn’t get a proper heat with
the house-bellows.” He mended it, and this time there was no failure.

William Richardson, during all these struggles and make-shifts, had
learned much, and, in a way that insured its being remembered; had
learned the value and use of sand, found that it protected the iron,
kept the outside from burning, while the inside was heating; that, if he
put two pieces of iron in the fire, and one of them became hot before
the other, he could take it out, roll it in sand, and put it back, and
the sand would keep it from burning up, while the other was getting
ready. He likewise perceived that there was a great difference in the
effect of heat upon the different kinds of iron brought to him by his
neighbors: some was fine-grained, tough, and would bear a great heat;
another kind was coarse, brittle, and, if made too hot, would fly under
the hammer, and fall to pieces. Every mistake added to his experience,
and he was every day acquiring dexterity in the use of the hammer.

His neighbors, who watched his progress with the greatest interest, were
as much delighted as himself, since they were no longer obliged to go
through the woods to the village for every little job. They now told him
he must learn to shoe oxen and horses, work steel, make axes and
plough-irons.

You may well think Richardson was as anxious to be able to do this work
as they were to have it done; and the way for the gradual attainment of
it came about in the natural order of events.

David Montague had, during the winter, got out the timber for a barn,
and employed Richardson to frame, board, and shingle it. This increased
his stock of money very sensibly, and he felt that he could now, with
the money he had saved by making his tools, the proceeds of his butter,
and other matters, and that which he had earned by working for Montague,
buy some iron and steel. He had also in the distant future, visions of
an iron anvil, that he foresaw he must one day have.