They walked along some time, each busied with the reflections excited by
the previous conversation.

“Mort,” said Rich at length, “I’m sorry, but you’ll have to sleep in a
poor place to-night.”

“We’ve slept together in David Johnson’s barn, in Peleg Curtis’s
fish-house, on a pile of wet menhaden nets, and in the woods on Great
French. Didn’t we make a fire and warm the ledge on the north-west side
of Hope Island, sweep off the coals, and lie down–in November too?”

“Yes; but when folks go to visit their friends, they expect a little
better treatment than when camping out. Don’t you remember when we used
to walk down to Maquoit of an afternoon in June, just before anything
had faded, and it was high water, how beautiful everything looked? the
sharp line of color, where the points fringed with the bright green of
the thatch parted the blue water, the bolder outlines of the gray
rocks, and the trees reflected in the calm water; and yet go down there
two or three days after, at low tide, and there would be only a hundred
acres of steaming flats, the shores and the grass on their edge strown
with kelp, dead clams, horse-shoe crabs, dead limbs of trees, dead fish,
chips, and rotten eel grass; no water to be seen nearer than a mile and
a half!”

“Indeed I do; and the contrast was so great that one must be possessed
of a most devout spirit not to arraign the order of nature, and wish it
was high water all the time.”

“I’m sure I can’t imagine what should put Maquoit Bay in my head
to-night, unless it was meeting with you, and thinking of old times; but
it seems to set forth my condition exactly. Six weeks ago it was high
water with us, a spring tide, up over everything, clear to the grass
ground, filling every cove and creek, the mouths of the brooks kissing
the birch roots on the edge of the cliffs, and lifting up the strawberry
leaves. Now it is dead low water, bare flats, angry sky, and to me the
voyage of life seems ‘bound in shallows and in miseries.'”

“That’s one side, old chum” (putting his arms around Rich’s neck), “but
the tide only ebbs to flow again. The farther it runs off, and the more
it drains out at one time, the higher it flows the next.”

It was the first manifestation of anything like depression that Morton
had noticed in his friend. Rich, however, shook it off, as the bird
shakes the dew from its plumage, saying, with a smile,–

“You are right, Mort; and that’s the way I look at it generally; but I
can’t yet visit the old home, and come away again, without stirring up
something that had better be kept down; especially when the cat puts her
head in my bosom, as she did to-night, and says, ‘Do stay here with me,
I am so lonesome.'”

Morton, as they came in sight of the house now occupied by the
Richardsons, was most forcibly struck with the contrast between this
abode and the one they had just left. Their present habitation stood in
a tan-yard; indeed it had, in the days of his poverty, been the
residence of the owner of the tan-yard, who being pinched for room, had
crowded his house into the smallest possible limits.

It was placed very near the line of the street, leaving barely space for
a single doorstep, which was a pasture stone. The tan-pits at one side
approached within two feet of the cellar wall. On the other was a
currier’s shop, leaving just space enough between the two buildings for
a narrow cart road. Beneath the back windows of this shop were old oil
barrels and heaps of curriers’ shavings, stewing and simmering in the
sun.

Directly behind the house a garden spot twenty-five feet by thirty was
fenced out. It had not been ploughed for some years; the Richardsons did
not care to cultivate it, as their stay was but temporary, and it was
overgrown with weeds, and strewn with old boots and shoes, broken
pottery, pots and pans that had outlived their usefulness, heaps of
ashes, and the bleaching bones of cats that had come to an untimely end.

Abutting on this lot was a large shed, open on the side facing the
dwelling in which was the “beam” house, where the green and bloody hides
were received and “fleshed.” Here were heaps of horns, and the pith or
marrow that comes out of them when they taint. The roof of this shed was
covered with glue skins, that is, the trimmings of the hides saved to
make glue, spread to dry, and which attracted swarms of green flies; add
to this a stagnant mill pond that supplied water for the pits, and to
propel a bark mill, fences, and walls hung with sides of leather spread
out to dry, and smeared, or, in technical language, dubbed, with tallow
and rancid fish oil, and you have a faithful description of the
surroundings of this delightful abode. But aside from actual experience,
imagination cannot conceive or tongue describe the combined odors
furnished by these various substances when operated upon by sun and
wind.

The house was in perfect keeping with the site upon which it stood. The
walls were covered with shingles, two courses of which had rotted away
near the foundations, in consequence of banking up the walls with earth;
part of the top of the chimney had fallen off, and lay on the roof that
in places was bare of shingles and covered with moss.

Upon entering the house, a door on the left opened into the kitchen, the
plastering of which was the color of milk and molasses, and appeared to
have been flung on, and then clawed in by cats, affording in the furrows
lodgments for smoke and secure harbors of refuge for flies. At the back
of this room was a small bedroom, finished in the same manner, with the
exception of being sealed to the height of a chair, and the wood work
painted with a color intended, probably, for red; it, however, looked
very much as though a hog had been killed on it. In this apartment the
parents slept. Another door, on the right, admitted to an unfinished
room, with a rough floor. Here were Rich’s lathe and tool chest, a pair
of cart wheels finished, except smoothing up, and a wheelbarrow that
only required ironing.

“This is my workshop,” said Rich. “My mechanical genius, that used to
expend itself on flower-pots and vases, in turning canes and cups, tops
and nine-pins, balls and drum-sticks, is now directed by stern
necessity, into a more useful channel; and, believe me, when I have made
a pair of wheels, got my money for them, and bought provisions for the
family, I feel a great deal better satisfied with myself than I used to
after spending two or three days making something that was a mere
plaything, or at best only served the purpose of ornament.”

At each end of the garret was a window, and there two bedrooms were
made, with rough board partitions, one of which was occupied by the two
daughters, the other by Rich. Here was his library, that was quite
extensive, his father having indulged his fondness for books, among
which was a German edition of the classics. 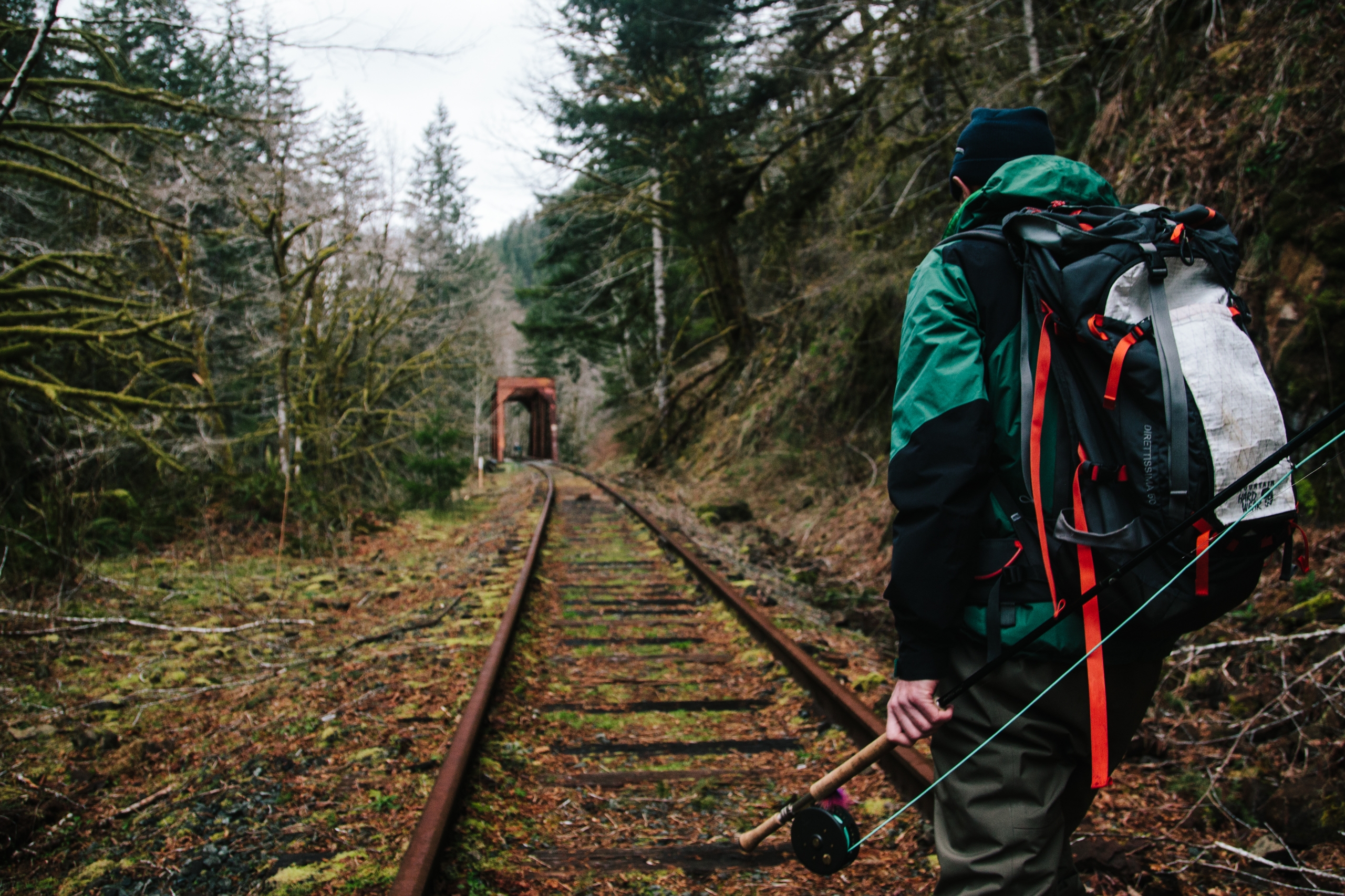 The room was small, and the roof of a low pitch. The book-cases,
writing-desk, bureau, and chairs all occupied so much of the room that
the bedstead was necessarily pushed far under the eaves in order to
afford space enough in the middle to move around and stand upright.

“It is quite convenient,” said Rich, as they entered, “for you can reach
everything without getting out of your chair.”

“And then to consider,” replied Morton, in the same vein, “that the most
celebrated philosophers and poets have meditated and sung in garrets.”

“True,” said Rich; “but I suspect it would be far more pleasant to
meditate about than it will to occupy it come next dog days. Now, Mort,
you must sleep on the front side, for the shingle nails come through the
boards of the roof, and if you should forget, and jump up on end, they’d
stick right into your skull.”

“They are not long enough to go through.”

“Probably not through a skull so thick as yours, but they would draw
blood, and might give you a headache.”

When they awoke in the morning, Rich said, “Mort, I can spend the whole
forenoon with you, but in the afternoon they will need me at the shop.
In the evening we can be together again.”

When breakfast was over, Morton said, “Rich, what are your plans for the
future? Have you decided in respect to a profession? for I don’t suppose
you really intend to pass your life at the anvil, after spending so many
years and so much money getting an education.”

“It would not be so much of a sacrifice as you may suppose, and if I had
not been through college, I would do so, for I love to work iron; it
comes as natural as water to a duck. Do you go up and look over my books
while I split up some oven wood, and then I’ll tell you.”

“I’ll help you split the wood.”

“Rich, who was that old lady at the breakfast table?”

“Aunt Blunt, mother’s aunt. Didn’t they introduce you? She came last
night, before we came home, and went to bed.”

“I thought your mother’s name was Lucy; but this morning the old lady
called her Mary.”

“Mother’s name is Mary L.; Mary Lucy. The Lucy is for my great aunt, and
she always calls her so, but we call her Lucy. One of my sisters is
named Mary B., after mother and the Blunts.”