Returning to the garret, Rich said, “About a profession–is it?”
flinging himself on the bed, while Morton, seated in a chair, thrust his
feet out of the window. “Just have the goodness to open that volume on
the table.”

It was Bell’s Operative Surgery.

“Then you are going to study medicine?”

“It is registered on leaves of brass.”

“When did you decide?”

“I’ve been trying to decide ever since I left college; but I did decide
before I left the breakfast table the morning father told me the boom
and mills had gone. I borrowed these books of our doctor, and at night,
when I’m not too tired, I read them once in the while; when work permits
I go with him to visit some patient. I went with him a week ago when he
amputated a man’s hand at the wrist. He is very kind, has large
practice, and rides long distances, as he has the practice of this and
the next town.”

“You won’t accomplish much in this way.”

“I don’t expect to; but I can’t leave father now, as I find that my
taking hold has been a great help and comfort to him and my uncle. They
have a good deal of work, and it is increasing every day; and I don’t
mean to leave them till I see the family in more comfortable quarters.
The shop and house adjoining was my grandfather’s, and when my father
failed, passed into the hands of a Mr. Montague. He gives my father the
use of the shop and tools, and in the fall, when the family now in it
moves out, will let him have the old house, which is an excellent one,
built by my grandfather after he acquired property. My father and uncle
are living in this old shell, working incessantly. When no other work
comes in, my uncle, who can work in wood as well as iron, makes wheels.
My father puts on the tires. They sell them. Mother takes in spinning,
and saves every cent. I do all I can in order to be able, at the end of
the summer, to buy back grandfather’s tools, that we may have something
of our own. Besides, they are dear to father. He helped make most of
them when he was a boy, and says there’s a history to every one of
them.”

“How long is it going to take to do all that?”

“Not longer than September or the middle of October, if we are all well.
In the mean time I shall read what medicine I can, go round with Dr.
Jones occasionally, and when I see the family in the new house and
comfortable, take an academy somewhere or high school, and teach till I
can earn money enough to go on with my studies.”

“Why don’t you tell me some news?”

“What do you mean by that?”

“Did you think I would leave my studies and come way up here just to
look at the wreck? Put my arm round your neck, whimper, and say, What a
pity!”

“Who said I wasn’t a good fellow? Well, Perk’s got an academy for you in
the next town to his whenever you’re ready to take it, salary two
hundred a year. He fitted for college there, knows all the trustees, and
everybody in town; and he’s cracked you up sky high; told all the boys
what a nice fellow you are, the most lovable man ever God made, the
trustees what a splendid classical scholar you are, and all the young
ladies how handsome. So I advise you, as a sincere friend, to take unto
yourself nitre and much soap, and wash off that smut, which seems to me
to be under the skin.”

“No; it was that good Being whom you, after so many years of
prosperity, couldn’t afford to think about or thank till he sent the
river to put you in mind of him.”

“How can I ever thank you enough?”

“Do you think a man ought to be thanked for helping himself?”

“Are not you and I one? Didn’t you say only last night we were one, and
that there never was a shadow between us? What are you talking about?”

“I can’t understand how they can wait my leisure. There must of course
be a definite time when the term begins.”

“Certainly; Perk will send you a catalogue; but he will take the school
till you come. I told him I knew something about your affairs, and
thought it doubtful if you could come at the first part of the term.”

“This is a kind of joyous time, Mort; makes this old attic seem real
pleasant.”

“Yes; the architecture is simple in design; but the atmosphere is most
exhilarating.”

“I suppose I can tell father and mother?”

“To be sure. A good story is no worse for being twice told.”

“What is Perk doing?”

“Just what you were doing all last year.”

After dinner Rich went to the shop, and Morton, first taking a long
walk, called there on his way back, and found Mr. Robert alone.

“Well, a man came here to get a ‘clevis’ pin made, and let them take his
horse and wagon to haul a load of coal, while I made the pin. You seem
to think a good deal of Rich, as you call him, Mr. Morton.”

“I don’t know how I could love him any more than I do.”

“Well, he’s a boy that deserves to be thought of. He never was brought
up to do the leastest individual thing, ‘cept to study a book and make
some little gimcrank with tools; and yet to see how he took hold the
moment his father’s misfortunes came–went right to the anvil, never
murmured or complained; and though he’s my nephew, I _will_ say that
he’s worth as much to-day in this shop as the general run of apprentices
that have worked two years; and as for working in wood, he always took
to that. ‘Twas born in him.”

“Don’t you think, Mr. Richardson, that a boy whose grandfather and
father were blacksmiths is more likely to be handy in a shop?” 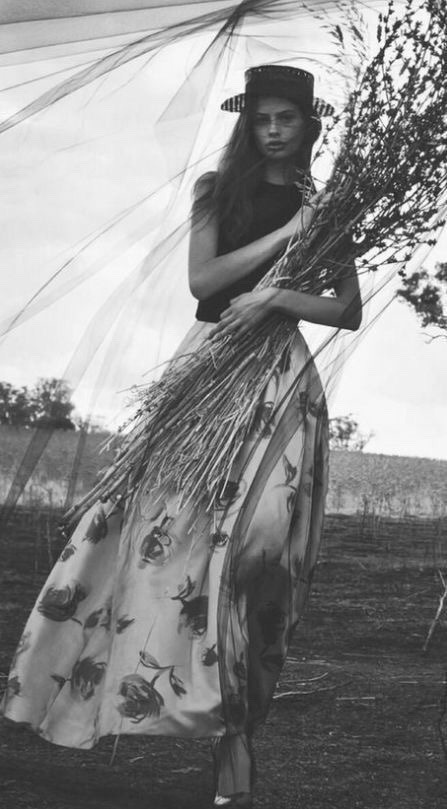 “I suppose these things are kind of handed down. I know there’s a good
deal in the blood; I know it by our girls. They are all broken down, sit
and sigh, think what they used to have, and let their mother do all the
work.”

“Are they not own sisters to Rich?”

“The same father and mother; but they take back after the Armstrongs;
they don’t take after the Richardsons, who are a resolute, stirring
breed of folks. Their old grandmother Armstrong was a dreadful
slack-twisted, shiftless woman; had to be helped by the town; and when
the selectmen gave her a cord of wood, she’d put about two foot into the
great fireplace, declare she’d have one fire if she died for it, and
then sit, fold her hands in her lap, and enjoy it. Her children took
after her, ‘cept my brother’s wife, and she’s smart as steel; took after
her mother’s people, the Blunts. But that old woman that’s been dead and
buried this twenty years has come out in the grandchildren. It is not
the way, Mr. Morton, to bring up children. This twenty years past I’ve
been saying to Clem and Lucy that they were doing wrong by their
children. Says I, ‘Bring them up to work as we were. If they don’t need
to, it’s the easiest thing in the world to leave off; but it’s hard to
learn.’ Then Lucy would say, ‘Uncle, I don’t want them to have to work
as hard as I have.’ Says I, ‘Perhaps they may be obliged to. What then?’
Then Clem would laugh, and say that old maids’ and old bachelors’
children were always brought up right.”

“But I’m sure Rich has come out well.”

“Indeed he has; but he is a remarkable boy, and is no rule to go by.
Besides, we must thank you, and do thank you, for a good part of that:
you did a parent’s duty by him. Don’t you think he is in better shape to
keep the ‘cademy, for teaching school in college, and wasn’t he in
better shape, and would he have had the pluck to go so willingly to the
anvil if he hadn’t been broke in by you in college?”

“I suppose you are right, Mr. Richardson; but in respect to the young
ladies.”

“Call ’em girls, Mr. Morton; and they are not very young at that.”

“Well, girls, then. Would any training their parents could have given
taken the thin blood (the _Armstrong_, as you call it) out of them.”

“I don’t suppose it would; but it would have helped it amazingly. You
see if I get a bar of Swedish iron, first rate, stamped ‘Hoop L,’ I put
it into the fire, and work it without fear; but if I have a bar of
English iron, brash and coarse, can’t get any better, and must work it
up, why, by taking great pains, heating it just right, and working it
just right, I can, by coaxing, make it answer–not so good a purpose as
the other iron, but can make it very useful. That’s the way with
children; you’ve got ’em, and got to work ’em up, and must make the best
of ’em, as I do with ‘brash’ iron. These girls were partly on our side
the house, and if they had been put right to it, it would have helped
the better part, and kept the other back, just as the saw-makers put
the nature into a saw by hammering when it has been softened in
grinding. Now all they do is to put the dishes on the table, sweep up
the hearth and look In the glass, wring their hands, and tell about what
_used_ to be. They might teach school if they only had ‘sprawl’ enough.”

Mr. Richardson then told Morton that his brother would take an
apprentice when they moved into the old homestead and had room, after
which Rich would be able to leave home.