The industry of Rich was something remarkable. He was well fed, his work
for Mrs. Clemens gave him abundant exercise, and kept him in vigorous
health, and the habit of thorough study he had performed in college
enabled him to make rapid progress.

In connection with the study of text-books he had performed a great
number of operations upon animals, obtained practice in the use of
instruments, and now felt disposed to comply, to a certain extent, with
the doctor’s advice in respect to actual practice. It was not long
before an opportunity offered.

Dan Clemens had the toothache, and in spite of all the remedies his
mother applied,–and they were by no means few in number–laudanum,
gunpowder, pepper, cloves, the stem of a pumpkin smoked in a pipe, hot
salt, camphor, and new rum,–was half crazy with it.

“Mr. Richardson,” said Dan, “will you please pull my tooth? I don’t want
to go to Dr. Ryan. I know he’ll hurt me awfully.”

“Nobody can pull a tooth, Daniel, without inflicting pain. They are
designed to stay in–the second crop.”

“But you won’t hurt me as much as he will. He won’t care if he does hurt
me. Besides, you haven’t got such an awful-looking thing to pull ’em
with as his is.” Rich had purchased, with his other instruments, forceps
of a modern pattern, while the doctor used the huge old corkscrew
instruments. “Do, please, Mr. Richardson. I won’t tell anybody; so you
won’t have your time taken up by boys running to you.”

Rich put the instrument on the tooth Dan indicated, and took it out in a
moment. Dan gave a fearful yell, and ran to the fire-place.

“I told you it would hurt you.”

Notwithstanding Dan’s promise of secrecy, it got wind somehow, and Rich
soon had considerable practice of that kind. But, as he had now made
good progress in study, and the money was very acceptable, he became
reconciled to it.

An opportunity was soon after this presented that Rich did not fail to
improve. The people of the neighborhood were engaged in hauling a barn,
and a young man, in attempting to fling a skid under the building while
in motion, received a compound fracture of the thigh. Dr. Ryan was
called. He sent for Dr. Slaughter, and took Rich with him, who required
no solicitation, as it was the first opportunity he had enjoyed of
witnessing an important operation.

The limb was taken off some distance above the knee, leaving that joint
entire, it having escaped injury by being pressed into the mud. Weary of
dissecting animals, Rich longed to obtain this limb. There it lay, a
well-developed leg and part of the thigh of a young man. He took it in
his hands after the operation was performed, and gloated over it as an
antiquarian over a rare coin. His fingers itched, and he felt an intense
desire to possess it.

“It would be of no use, Mr. Richardson; they would think the leg must be
buried, or the man would not do well. It would cost me my practice. They
are that superstitious. But if I were you, I would find out where they
bury it, and dig it up to-night.”

The doctor took up the limb, and carrying it into the kitchen, said,
“This leg must be put in a box and buried.”

“That it must,” replied the father of the young man; “for I’ve heard
say, ever since I can remember, if a dog or any critter got hold of any
part of a person what had been cut off, that person would feel it just
as though the limb was still on.”

“I should be much obliged if you would, Mr. Richardson. Neighbor
Pollard, here, will help you. Where ought it to be buried, doctor?”

“In the graveyard with his relatives, to be sure. It is part of a
Christian, and the rest of him will go to keep it company some time.”

A daughter of the family had died some years before, and Pollard
proposed that the leg should be buried beside her grave, which was done.

The doctor had proposed that it should be put in a box, in order to keep
it clean, and in a good state for Rich to dissect, and be placed in the
cemetery, because that lot was in a retired spot.

That night Rich dug up the limb, and hid it in the haymow, meaning to
dissect it the next night, in order to escape the sharp eyes of Dan
Clemens, and then keep the bones in the doctor’s study, where there was
a closet.

Rich was detained at school that afternoon by a boy who had failed to
get his lesson. When he reached the house he found a man in the barn
floor loading hay on a cart from the very mow in which he had concealed
the leg, while Dan was on the mow pitching down the hay.

“I am so glad you have come, Mr. Richardson! Mr. Bangs wants a ton of
hay, and I told Daniel he had better be doing what he could till you
came.”

Rich was terribly frightened. His color went and came.

“Daniel,” he cried, flinging off his coat, “run into the house quick,
and get me a drink; I am very thirsty.”

Leaping upon the mow, he beheld one corner of the box already uncovered.
Another fork full would have done the business. Before Dan returned with
his water, he had put it in a safe place. There was but one window in
the harness-room, and while Dan was gone after the cow, Rich nailed the
horse-blanket over it, in order that no one passing might observe a
light, as he intended to dissect after the family–or at least Dan, of
whom he was the most apprehensive–were asleep.

Having accomplished his purpose, he was passing from the stable to the
house, when Dr. Ryan, who was riding by in his gig, called to him, and
said,–

“Yes; died about an hour ago. Very strange. Never was more surprised in
my life. Thought he was doing well. Sank all at once. Going to be buried
to-morrow forenoon. Hot weather–they can’t keep him. Good night.”

Rising from supper as soon as possible without attracting attention,
Rich made the best of his way to Coolbroth’s. He met Pollard there, and
found the family in great affliction.

“We don’t any of us know what’s afore us, Mr. Richardson,” said
Pollard; “’cause, if we had, we might have saved ourselves the trouble
o’ buryin’ that leg, for we’ve got to dig it up ag’in in the mornin’.”

“What are you going to dig it up for?”

“‘Cause they want to lay him in that spot, side o’ his sister; and then
they want to put the leg in the coffin with the rest of him, as rights
they should, poor feller.”

“What time to-morrow will the funeral take place?”

“Ten o’clock. I shall have to be stirring ‘arly, and begin by sunrise to
dig the grave, ’cause they’ve nobody ‘cept myself to call on, and I’ve
got a master sight to see to.” 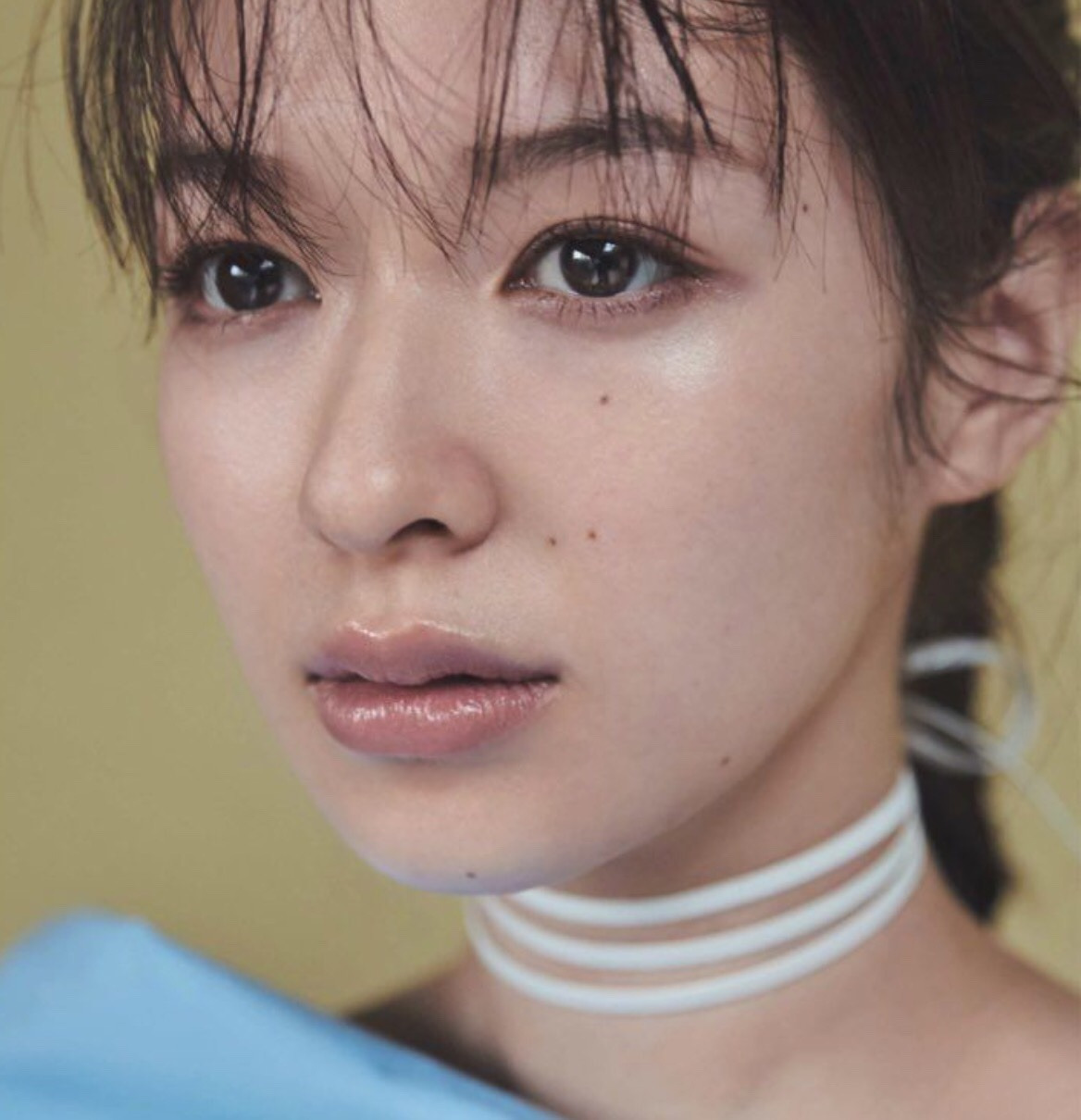 Rich inquired no further, but went home in no little perturbation. He
sat up in his room till twelve o’clock, then crept down stairs in his
stocking feet, with his shoes in his hand, and without a light. Since
the death of Gertrude, rats had multiplied on the premises. They had a
regular road from the stable, through the porch, which they entered from
beneath, through a hole in the floor. The night previous to the
occurrences now to be narrated, one of these vermin had gnawed his way
into the flour barrel. Dan had set a steel trap at the hole in the shed,
where the rats came up, and quite out of the track of any one going to
the stable. But Rich, fumbling along in the dark, put his foot in it.

The trap was one of the old-fashioned rat traps, made to _kill_ and
_hold_, with a smart spring, and the jaws on the inside armed with
teeth, like a saw.

The pain and surprise combined caused Rich to utter an involuntary
scream, that, breaking on the stillness of midnight, alarmed the
household.

Mrs. Clemens lay in bed, screaming alternately, “Murder,” and “Thieves,”
at the top of her voice. Dan rushed down stairs in his night-gown, when
Rich called to him, and explained matters.

By the time Dan had procured a light, Rich had drawn his foot out of the
trap, and Mrs. Clemens and the hired girl made their appearance.

“Mr. Richardson,” said Mrs. Clemens, “you have hurt your foot terribly.
The blood is oozing through your stocking. Let me make a slippery elm
poultice, and put on it.”

“It is a mere scratch, Mrs. Clemens–only skin deep.”

“There is some water in the tea-kettle that must be blood-warm now.
Betty, bring a small tub, for Mr. Richardson to bathe his foot, and a
sponge.”

“There is no need of it, Mrs. Clemens. Cold water is better. I can wash
it in my chamber.”

The night was fast spending. It would be daylight by the time he reached
the cemetery. Rich had no time to spare, and wished Mrs. Clemens was in
another hemisphere.

“At least, Mr. Richardson, let me get you some bandages, and some new
rum and wormwood, to bathe it in. Daniel will take the things up
stairs.”

“Indeed, Mrs. Clemens, I thank you very much; but I have some
sticking-plaster in my chamber.”

And Rich, hastily bidding them good night, went to his room.

When there, he found that the jaws of the trap had cut deeper than he
supposed, and the wound began to be stiff and painful. He bound it up,
and taking an old boot, cut out the vamp, and was by this means enabled
to wear it.

“What shall I do?” said Rich to himself. “I ought to be at the graveyard
_now_. It will be two hours before that old lady will go to sleep, and I
never can get out of the house without her knowledge.”

Rich’s room was in the second story of the L, and the water-spout ran
near the window. After waiting half an hour, and finding all was still,
Rich, raising the sash as gently as possible, descended by the conductor
to the ground, and taking the box from the barn, went limping along in
the bright moonlight, the box under one arm, and a shovel in the other
hand. The jaws of the trap had bruised the numerous tendons that run
along the top of the foot, and every step was a pang.

“I wish I had never seen this confounded leg,” said Rich. “If I can only
get it where it came from, it’s the last thing I’ll ever dig up.”