Dan Clemens had taken at the first very little interest in the peculiar
studies and experiments of his teacher; indeed, they were to him, a
kindly-affectionate boy, rather revolting; but after the successful
operation upon Rover, his feelings underwent a complete change; he was
enraptured with the skill, firmness, and tender feeling manifested by
Rich, spent a great deal of time at the dissecting table, and manifested
a strong desire to obtain, at least, some general knowledge in respect
to the mechanism of his own frame.

One evening he was seated in the harness-room, watching Rich, who was
examining the stump of Rover’s leg, that had become sore from the
pressure of the wooden substitute, and devising some way to remedy it,
when he suddenly exclaimed,–

“Mr. Richardson, how do they cut off a man’s leg?”

“Very much as I did that dog’s; only they use a tourniquet to compress
the vessels and stop the circulation, then cut through the flesh, saw
off the bones, and put ligatures on the ends of the arteries.”

“What is it makes the great difference between the arteries and the
veins, so that folks say, if you cut an artery, you’ll bleed to death in
no time. But they never speak so about veins; it’s always arteries.”

“I can’t explain it to you, without telling you something about the
heart, to start with.”

“You saw the hog’s heart I had the other day. Do you remember how it
looked?”

“It looked something like an egg little end up.”

“Well, a hog’s heart is very much like a man’s, so that one will do to
represent the other. You noticed that it was smooth, and stood out about
its whole bigness clear from everything, except at the base, where it
joined the body?”

“On each side of the base are two appendages, wrinkled, and shaped like
an ear, denoting cavities within called from them the auricles, and into
these cavities run several tubes that connect them to the parts
adjacent. They are called auricles because they look so much like an
ear.”

“I know what they are. I saw the butcher cut them off, when he trimmed
our hog’s harslet: he called them deaf ears, and said they were poison.”

“The heart is a hollow muscle, that contracts and dilates with great
force. It is not dependent upon the will, but operates in virtue of a
natural law. Through the middle of the heart, from the base to the
summit, runs a partition, leaving a chamber on each side, between which
there is no direct communication: they are distinguished by the terms
right and left auricles. In addition to this, there is a cross parting
on each side, thus making four chambers, the two upper retaining the
name of auricles, the two lower denominated ventricles.

“I will now explain to you the use of all this. The right auricle opens
into the large trunk vein of the body, that, in connection with the
others, brings back the blood from the extremities, after the arteries
have distributed it. It has also another opening into the right
ventricle below it. The auricle on the other side of the partition (the
left) is pierced by four veins that enter the lungs, called pulmonary
veins, and also by another passage communicates with the ventricle
beneath it. Now let us talk about ventricles. The right ventricle is
entered by the great pulmonary artery that carries all the blood in the
body through the lungs. The left ventricle is penetrated by the great
artery, called the great aorta. In each of these cross partitions, there
are valves that will permit blood to pass from the auricles into the
ventricles, but not to return. There are also valves at the roots of the
arteries that permit the blood to go from the heart into the arteries,
but not to return. There are no valves at the roots of the veins that
enter the auricles, nothing to obstruct the flowing of the blood from
them into the auricles. Thus the roots of the veins arise from the
auricles, and the roots of the arteries from the ventricles. Do you
understand this description, because it is the foundation of all that
follows–understand what a valve is?”

“Yes, sir; the clapper in our pump-box is a valve; it lets the water
come up out of the well into the pump, but it won’t let a drop go back.”

To make it more evident, Rich drew the heart, the veins, and the
arteries entering it, with chalk, and the main branches of both.

“Now let us, for the clearer perception of what you wish to know,
consider the march of the blood: and we might as well begin at the heart
as anywhere.”

“I think I can understand it better to commence there.”

“From the right ventricle of the heart, springs the pulmonary artery,
which, separating into several branches, some of them not larger than
hairs, carries the blood into all portions of the lungs, where they
communicate with the terminations of the pulmonary veins, which,
receiving the blood from the arteries, bring it back to the left
auricle, uniting, as they approach the heart, into four large veins,
called the pulmonary veins. From the left ventricle rises the main
artery (or great aorta), which, receiving all the blood of the body
poured into it by the pulmonary veins, distributes it over the trunk and
limbs, branching in every direction, the divisions gradually becoming
smaller and smaller as they approach the extremities: here they
communicate with the extremities of the veins which bring back the blood
to the right auricle. So much for the aqueducts; now we will look at the
action of the force-pump itself. The heart is a hollow muscle. All the
valves and division walls we have been talking about are muscular in
their texture, and moved by a network of muscles and minute tendons,
tough and elastic, like the gizzard of a fowl, and capable of
contraction and expansion. We will suppose the right auricle to be full
of blood that has been brought by the veins from the fingers, toes, the
substance of the heart itself, the lungs, and the liver, and poured into
it. This blood is dark-colored; called black blood. It has washed the
whole body. The instant it enters the auricle, that organ contracts and
forces it into the ventricle below it; the valve holds it there: then
the ventricle contracts and forces it into the pulmonary artery; the
valve of the artery holds it there: the auricle expands, fills, again
contracts, fills the ventricle, that, in its turn, forces the blood into
the artery, and thus, by successive leaps, it passes into and through
the lungs, enters the pulmonary veins, and is by them brought back to
the left auricle. It is now no longer black blood, but bright, red,
arterial blood: before it was venous.”

“What makes it red?”

“I don’t know. It is supposed by being brought in contact with the air
in the cells of the lungs. When the auricle receives this red blood, it
contracts, forces it into the left ventricle beneath, then the ventricle
in its turn contracts, forces it into the main artery, and by this and
its branches it is carried to the extremities, to come back in one
continual round, as long as life lasts. It _is_ life; for the moment the
heart ceases to contract and dilate, insensibility takes place, and
death instantly follows.” 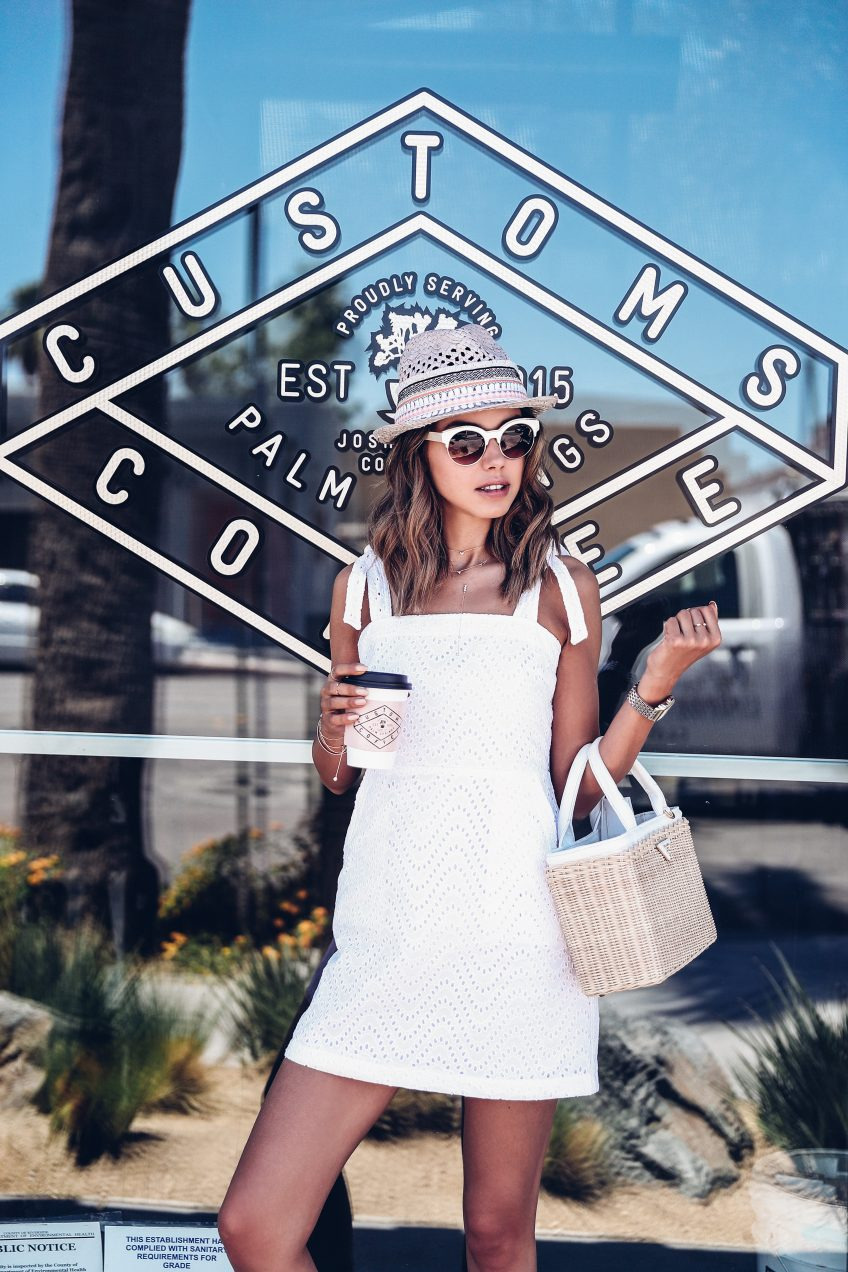 “It seems to me that the left side of the heart has a great deal more
work to do than the right, for the left has to force the blood into the
main artery, and all over the body, to the toes, the fingers, the brain:
but the right ventricle only has to force it through the lungs that are
close by, touch the heart, and it is a short route.”

“True, and for this reason, the muscles of the left ventricle, which
force the red blood of the great circulation through the main artery,
are much more numerous and stronger than those of the right, which has
so much less work to perform. It is the powerful contraction of the
muscles of the left ventricle, causing the point of the heart to strike
the fifth or sixth rib, that creates the throb you can feel; they exert
power enough to send all the blood of the body through the heart
twenty-three times in an hour.”

“I had no idea matters were going ahead inside of me at that rate.”

“You must bear in mind that I have described these things separately,
but in the order of nature, it is quite another matter. The red blood
from the lungs arrives at the left, and the black blood from the veins
at the right auricle at the same instant; both auricles contract at
once, and force the blood into their respective ventricles; both
ventricles contract together and force the blood into the arteries; and
thus it goes on in a person of the feeblest pulse; these alternate
motions occupy, when in a state of health, but a second; the pulse at
your wrist is the throb of the artery, the stroke of the heart. What do
you suppose now is the force of that stroke, when the left ventricle
contracts?”

“Well, the blood has been known to spurt more than five feet from the
artery of the neck (carotid) when first cut. You see, now, why it is so
dangerous to wound a large artery: the blood spurts at every stroke of
the heart, while in the veins there is no such pressure or direct
connection; besides, as the veins are designed not to carry the blood
from the heart, but to bring it back, they are also furnished with
numerous valves that favor the flow of blood towards the heart, but not
from it.”

“There is one thing I can’t understand. When a man’s leg is cut off, all
the arteries and veins cut, how does the blood get back to the heart
when the ends of the arteries are tied, and there is no communication
between them and the veins?”

“By a provision of nature, there are many minute twigs and branches
given off by the arteries all along their course, scarcely observable
when the circulation is in its normal state, that are connected with
veins equally small; those become enlarged by pressure, and renew the
connection.”

“It seems to me, Mr. Richardson, that the heart is like two pumps in two
wells, side by side, only one throws a bigger stream than the other, and
with more force.”

“Ay, Daniel; but your mother’s pump bears no comparison to the heart.
During the time I have been with her, the spear has worn off, the boxes
have been new leathered, and the cracks in the pump that sucked air have
been covered with putty and lead; but _this_ pump runs eighty, and
sometimes a hundred years without the pause of a second.”

“Why don’t the muscles of the heart get tired, just as my legs do, and
want to rest?”

“They do rest, and just as long as they work; rest a second, and work a
second, day and night. The other muscles are in a state of tension all
day, and then rest at night.”

“Well, I mean to know how I am made up, before I am much older.”