The graveyard to which Rich now directed his steps was the original
burying-place of the town; but another having been provided, in a more
central location, it had been little used for years, and was overgrown
with bushes and sweet fern, an occasional spruce or hemlock assuming
almost the dimensions of a tree.

Narrow, in proportion to its breadth, one end of the lot approached the
main road, the intervening space being level, and clear of obstructions,
except near the gate, where the wall was fringed with spruce, sumach,
and hazel bushes, a very dense clump of spruce and dwarf birch growing
just beside the main entrance.

Notwithstanding the lonely situation and neglected aspect of the place,
there were many very handsome monuments scattered over its surface. But
the hands that reared them were mouldering in the dust, and their
descendants, becoming interested in the new cemetery, the ancient
graveyard seemed likely to return to its original state of forest, and
that indeed at no distant period, being already enclosed on three sides
by a growth of majestic pines, whose roots, in several places, had flung
down the wall. A few rods beyond the main entrance, the road, making a
sharp turn, led up a hill.

Far removed from any habitation or sound of busy life, this
resting-place of the departed lay reposing in the clear moonlight that
seemed to embrace it, silvering with its wavy light the rough walls, the
monuments of the dead, and the foliage, bathed in dew. So deep was the
stillness, that the slow and painful tread of Rich on the hard-beaten
road was distinctly audible.

He was about half way from the road to the gate, when all at once rang
out with startling effect upon the still air,–

“Come here to me. What are you hangin’ off there for, old Bright? Come
here to me, or I’ll put the cold iron into your liver.”

The next moment his ears were greeted with that peculiar slat and jingle
that ensues when the tongue cattle on the top of a hill throw up their
heads in order to hold back a heavy load.

“Good heavens!” thought Rich; “I am beset indeed. It is Sam Waterhouse,
with his four-ox team.”

Regardless of his lame foot, he crept into the bunch of bushes near the
gate, with the box and shovel. In a few moments a large dog came up the
hill, followed by Sam, who stopped his cattle opposite the gate, to let
them breathe. The dog, in the mean time running along the road, came
upon Richardson’s track, and following it up to the bushes, began to
bark furiously. Fearing discovery, Rich crept along through the
scattering bushes, into the thicker growth, still proceeding in a line
parallel with the main road, and not far from it. The dog, however,
continued to follow, barking so furiously, that Rich, afraid that
Waterhouse would come to see what the dog was barking at, stepped out
into the road without attracting the notice of Sam, till he was within a
few feet of him, who, supposing him to have come by the road from the
village, exclaimed,–

“Good evenin’, Mr. Richardson; or, ruther, mornin’; for I reckon it’s
mighty near daybreak. I was jest thinkin’ of goin’ ter see what the dog
was barkin’ at; thought may be ’twas a coon; they’re apt to be out these
moonlight nights; but I s’pose ’twas you he hearn. Didn’t ‘spect ter run
foul o’ you, this time in the mornin’. S’pose you had a sudden call.
Doctors and teamsters, they must kalkerlate to be broke o’ their rest,
and folks say you’re gettin’ ter be quite a doctor, and Dr. Ryan speaks
master well o’ you.”

“Sick and dying time, Mr. Waterhouse,” said Rich, wishing to turn the
conversation from himself, and not heeding the question of the other; “I
wonder you should be going away with a team when young Coolbroth is to
be buried to-morrow.”

“Wouldn’t have gone for anything. ‘Tain’t to save money, nor ‘arn money,
but I’d ‘greed to deliver these ere shooks, and was ‘bleeged ter. Seems
to me you limp. I can’t see quite so well as I used ter, ‘specially in
the night, but I thought you favored that left foot somewhat.”

“Jammed it? Jammed the nail off? ‘Cause, if ye have, there’s nothin’ so
good to take the soreness out as mullein leaves, steeped in new rum.”

“I stepped into a rat trap in the dark.”

“My songs! that’s dreadful bad. Might give you the lockjaw. There’s
nothin’ ‘ll take that ere iron rust out o’ the flesh like the marrer
(marrow) of a hog’s jaw.”

“I don’t doubt it,” said Rich, to whom this prosing was perfect agony;
“but I must go on.”

Rich made as though he would have gone on, and soon enjoyed the
satisfaction of hearing the sound of Sam’s wheels die away in the
distance; but when he again recovered his box and shovel, the gray light
was streaking the eastern sky.

Flinging off both coat and vest, he strained every nerve to dig a hole
in which to deposit the box at the same depth, and in the same place as
before. In momentary expectation of seeing Pollard arrive, he exerted
himself till the sweat trickled down his cheeks, for, whenever he
stopped to take breath, the early birds were singing in the trees around
him.

He had scarcely time to deposit the last shovelful, and congratulate
himself upon his success, when the sound of wheels was heard rapidly
approaching, and Pollard, accompanied by another person, drove up to the
graveyard gate.

Crouching behind tombstones and bushes, he crept on his hands and knees
to the back wall, and not daring to clamber over for fear of being seen,
pushed out the stones, and made his way through the gap into the woods,
as Pollard and his assistant reached the spot he had just left.

Hiding his shovel in the woods, not daring to take it, lest he should
meet some early riser, Rich, in pain and perturbation, limped through
fields and pastures, till he at length, to his great delight and relief,
reached his boarding-place.

But his troubles were not ended. Every door was fastened. He could not,
with his lame foot, and entirely exhausted, clamber up the spout to his
room, and Rover began to bark in the porch, where he slept, with a
violence that Rich knew would soon awaken the whole family.

Mrs. Clemens was very particular–extremely so–in respect to fastening
the doors at night, and there was no outbuilding to which Rich could
obtain access except the pig-sty. That was merely buttoned on the
outside. But this was too far from the house to suit his purpose, and
moreover, exposed to the observation of Dan, while milking, who was
always the first one up in the house.

Dan was full of energy. His custom was to wake early, go directly to the
barn-yard, milk, bring the milk in, call the girl to strain it, and then
start off with the cows to pasture, returning by breakfast time. Rich
was familiar with the habits of Dan, and while deliberating with respect
to some place of concealment, was startled by hearing him shove back the
bolt of the end door. Close to the steps grew a large lilac bush, and
near that was a pile of apple-tree brush that had been hauled out of the
orchard. Rich ran behind the pile, and crouched to the ground, watching
Dan as he came out, rubbing his eyes, and the moment he saw him sit down
to a cow, crawled through the lilac bush, and stole quietly to his room.
Pulling off the boot, he washed the gravel and dust from his foot, flung
himself upon the bed, and sank into a slumber so profound that Dan,
unable to arouse his teacher, at breakfast time, by knocking on the
door, was compelled to enter, and shake him.

It seemed, indeed, as though the complications connected with this
fruitless undertaking were never to have an end. Scarcely were they
seated at the breakfast table, when Mrs. Clemens observed–

“Mr. Richardson, you look pale and worn out. I fear you passed a
sleepless night. Daniel said you were lying on the outside of the bed,
with your clothes on, when he went to call you. Will you not have an
alum curd on your foot this morning? It is so cleansing.” 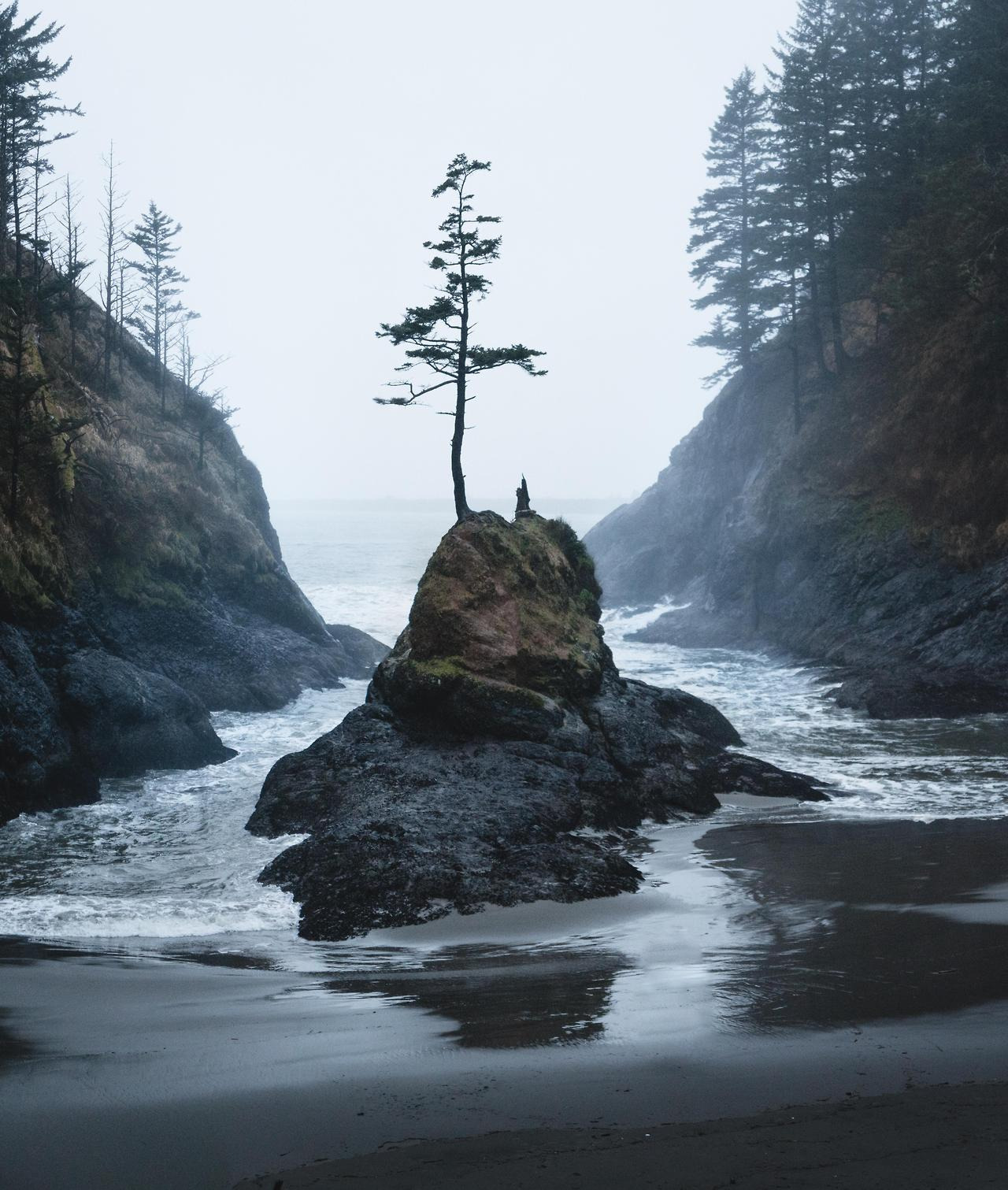 “I think there is no need, Mrs. Clemens. A bruise in that place must be
more or less painful for a time. I slept very soundly indeed this
morning.”

“Well, I shall insist upon Daniel’s taking you to school with the horse.
He is in the barn.”

“You are very kind, and I shall esteem it a great favor; and if you
please I will take a luncheon, and Daniel can bring me back at night;
for I scarcely feel equal to the walk.”

No sooner was this offer disposed of than Dan said,–

“Mother, did you hear anybody prowling round the house last night?”

“Because the shovel is gone; somebody must have stole it.”

“Perhaps it is mislaid.”

“No, it ain’t; I have looked everywhere. I wanted it to clean the barn.”

“I heard Rover barking dreadfully this morning; it waked me up. Did you
hear anybody round the house, Mr. Richardson? Being kept awake by your
wound, you would be more likely to hear any strange noise.”

“Well, Mrs. Clemens,–ahem!–indeed, I think there was some one went
out of the yard last night.”

“That’s it, mother; and that’s who Rover was barking at.”

“But how could they get into the barn?”

“They might have a key, and unlock the padlock. Most anything will
unlock a padlock. But you must get another shovel, mother.”

“We will wait awhile. It may come to light,–might get into that load of
hay I sold,–be pitched up out of the floor with the hay. Mr.
Richardson, your face seems flushed; does your foot pain you?”

The excessive soreness of Richardson’s foot was occasioned by his use,
or rather abuse of it. But it recovered rapidly as soon as he began to
afford it rest, and make the proper applications. After enjoying a good
night’s sleep, he told Mrs. Clemens he would like the loan of the horse,
to ride over to the next town after school at night, call on Perk, and
return in the evening. The next morning, when Dan went to feed the pigs,
the shovel was lying in the pig’s bed, half covered in straw.

“I told you it would come to light, Daniel. You used it to clean the
pig-pen, and left it there. The pigs threw it down, and rooted the straw
over it.”

“I didn’t, mother. Haven’t cleaned the pig-pen. Mr. Richardson does
that; I am afraid of the pigs. Somebody stole it, and brought it back.”

“Borrowed it, you mean, my dear. You should never make such
accusations.”

Dr. Ryan laughed till the tears ran down his cheeks when, some time
afterwards, Rich told him the result of his efforts to obtain the leg.

“It is the first time I ever attempted anything of the kind,” said Rich;
“it shall be the last. I’ll stick to dogs, cats, and rabbits till I have
money to procure what I need.”