Traditional Chinese Medicine is a medical system that incorporates numerous methods for treating disease and illness. One of the tools found in the toolbox of the TCM practitioner is known as moxibustion.

Moxibustion is a technique that involves the burning of mugwort, known as moxa, which is an herb that facilitates healing. The purpose of moxibustion is to stimulate the flow of Qi (pronounced “chee”), strengthen the blood and maintain general health. Qi is translated as life energy. There are two types of moxibustion, direct and indirect. Direct moxibustion uses moxa shaped into a small cone and is placed on top of an acupuncture point and burned. This type of moxibustion has two subcategories, scarring and non-scarring. Scarring moxa burns until it distinguishes on its own. This may lead to localized scarring and blisters. Non-scarring moxa allows for the moxa to be placed on the acupuncture point, lit, extinguished and removed before it burns the skin.

Non-scarring moxibustion creates a pleasant heating sensation that penetrates deeply into the skin, but does not create a scar or any pain. Indirect moxibustion is the more popular of the forms. In indirect moxibustion, a practitioner lights one end of a stick of moxa and holds it close to the acupuncture point for several minutes until the area turns red.

Moxibustion is used to help people with cold or stagnant conditions. Burning moxa is believed to expel cold and warm the energetic meridians, which creates the smooth flow of Qi and blood. Moxibustion also supports the yang energy, which strengthens and increases the original Qi. Moxibustion can be used to treat many conditions including back pain, muscle stiffness, headaches, tendonitis, arthritis, digestive disorders, anxiety, menstrual cramps, irregular periods and infertility. Moxibustion is not recommended for diabetic patients, since they have decreased sensitivity to pain and compromised circulation.

Moxibustion is very effectively used in patients that have a cold constitution. Many chronic conditions, even the ones that manifest as heat conditions, can have chronic cold as the underlying situation. A cold constitution is triggered or aggravated by over cooling the body systems. Because of technological advances, our bodies are exposed to cold at a much higher rate than in the past. Things like refrigeration, air-conditioning, iced beverages and even ice cream have created a society of people with cold constitutions. Also many pharmaceutical drugs including over-the-counter pain medications are known to decrease body temperature. Large consumption of fruits and raw vegetables and ongoing mental and emotional stress can also create cold constitutions. Therefore using moxibustion is frequently warranted in the treatment of many illnesses and diseases.

Moxibustion on the acupuncture point Stomach 36 also has the function of preventing diseases and maintaining health. In ancient China, this technique was known as reverse moxibustion. Even if a person is quite healthy, regular moxibustion on this point can invigorate healthy Qi and strengthen the immune system, thus increasing longevity. Perhaps this is why the point has been nicknamed the “longevity point”.

As with acupuncture, only a licensed practitioner should be called upon for treatments such as moxibustion. If you believe that moxibustion may be helpful with your medical conditions, be sure to discuss it with your acupuncturist.

Everyone has heard of acupuncture these days, but a lot of people still don’t know about moxa (or moxibustion) – A powerful additional tool in the acupuncturist’s toolbox. 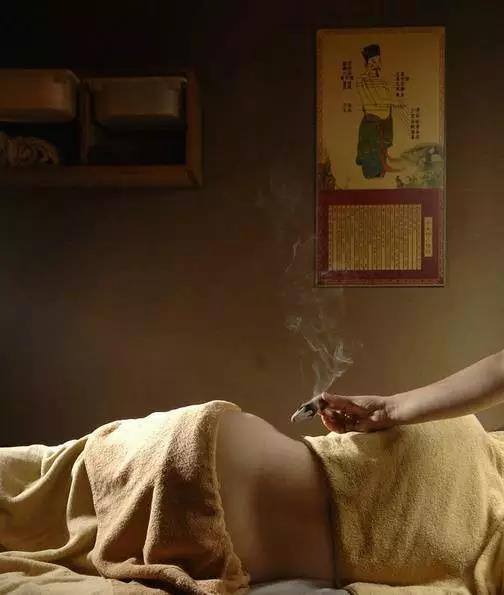 Moxibustion is the technical name for the burning of the herb called moxa (Chinese mugwort) to provide heat and provide an alternative way of stimulating acupoints, channels or areas of the body.

The moxa itself is a light, downy substance, which can be used either loose or in a number of prepared forms. The most well known way of using it is is called ‘warming needle’, where a tightly squeezed pile of moxa, or a ready-made piece of compressed moxa, is placed on the end of a needle and lit (see picture). As it burns down, the needle warms up, and transmits heat into the body.

This stimulates the acupoint in two ways – by needling and by heat, and this will have a different effect to needling alone. In a way, the application of heat to an acupoint is a way of asking it to do something slightly different to what it does when needled.

Specifically, moxa helps to heat the body up, and strengthen both Qi and Yang. It help in certain cases of stagnation, as the Heat helps to get things moving. For instance, it can sometimes be very effective in the treatment of osteo-arthritis, especially in cases where the pain is worse in cold weather.

There are lots of other ways to use moxa, too. It can be applied straight onto the body (direct moxa) or placed on top of some kind of insulating material, which is then placed on the body (indirect moxa) – traditionally a slice of fresh ginger was used, to enhance the Moxa’s heating effect.

A moxa stick, something like a cigar, can be used on a point, channel or any part of the body – one end is lit and then it is held over the relevant area. It provides a surprising amount of heat, which really penetrates deeply inside.

The one downside with moxa is the big plumes of smoke that it gives off. It makes for good photos, but soon fills a room. Plus, the smell is strong, and although not unpleasant, is surprisingly similar to marijuana – this can occasionally give an uninitiated passer-by quite the wrong idea of what’s going on inside the acupuncture clinic!

So, to avoid getting smoked out, many acupuncturists use smokeless moxa, a kind of moxa infused charcoal, which can be used in all the same ways as the traditional herb.

Moxa is also a valuable part of the ‘Yang Sheng‘ tradition of strengthening and bolstering overall health and well-being. Moxa treatments carried out regularly, or at certain times of year, help to strengthen Qi and prevent disease. They are especially beneficial just before or during Winter, or at times of great stress or heightened demand on the body and mind, and they become more and more useful the older you get. Many of the classic texts recommend a yearly moxa session to keep energy strong, and old age at bay.