Little Miles was terribly disappointed to find his confinement up-stairs
would extend over the day of the dinner-party, but there was no help for
it.

The eventful Friday arrived, and Humphrey was on the fidget all day. He
paid constant visits to the dining-room and library, and even intruded
into the kitchen; but he could see nothing in any of the preparations
going on which at all differed from those usual.

“I suppose, for once they will eat like civilized people,” he told
Miles–after visit one hundred and fourth down-stairs, in the vain hope
of finding something new.

“Yes, just for a treat,” suggested little Miles; and they amused
themselves for the next few hours by imagining the astonishment of the
wild men at all the different things they would see.

Sir Everard arrived late, and went straight up to Miles’s room. It so
happened that he did not see Humphrey, as he was under the hands of
Virginie, in preparation for his appearance in company; and as several
of the guests had already arrived, Sir Everard had only just time to
kiss Miles, and to hurry off to his dressing-room, from whence he
descended to the library. So that the conversation of the preceding
week, and the children’s excitement over the prospect of the aborigines,
had entirely escaped his memory, for want of the refreshing it would
have been sure to have received had he had time for a word with either
of his little boys.

He was deep in politics with an old gentleman in a broad expanse of
satin waistcoat, and a general buzz of conversation was going on all
over the room, when the library door was flung open with a bounce, and
Humphrey appeared in the doorway.

Fresh from Virginie’s improving hand, in velveteen clothes, white
waistcoat, and light blue tie, with his brown hair brushed back from his
bright face, and his eyes sparkling with excitement, he looked like a
being of another sphere, among the rusty old gentlemen congregated in
the room.

Many of them turned round to look at the pretty boy, and more than one
held out a hand of greeting.

But, to Sir Everard’s annoyance, Humphrey, whose manners were usually
perfect, took not the slightest notice of any of these overtures.

He stood at the door as if spell-bound, gazing around him with an
expression of intense surprise, wonder, and disappointment.

“Humphrey,” said Sir Everard, “why don’t you come and say ‘How do you
do?’ to these gentlemen?”

“Father,” exclaimed the boy, in a clear treble voice, that was heard all
over the room, “where are the wild men?”

The ghastly truth flashed across Sir Everard’s mind, as the boy asked
the question. The recollection of the children’s conversation with their
uncle came back to him, and he was at his wit’s end.

“Wild men, Humphrey?” he said, with a sickly smile, “what are you
dreaming about? There are no wild men here.”

“You know what I mean, father,” the child answered, in the same clear
voice, making his way straight across the room to Sir Everard; “the wild
men of the woods, that you and Uncle Charlie were talking about last
Saturday, and who you said you were going to have to dinner. There were
two long words, and the one I mean–means wild men. It was a very long
word, the a–abo—-” 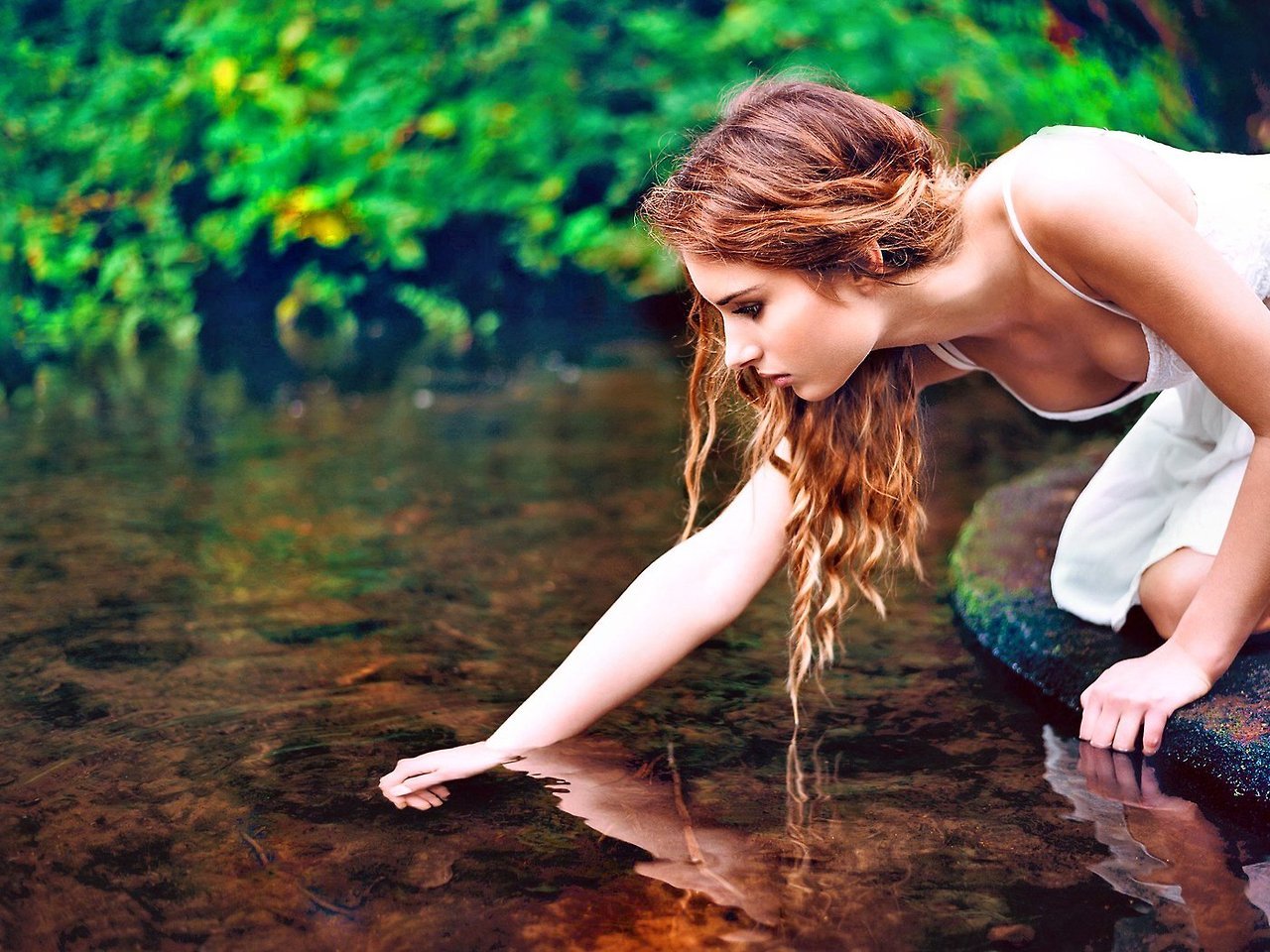 Fortunately for Sir Everard’s seat in Parliament, the two long words,
heard for the first time that Saturday, had confused themselves in the
boy’s mind, and he answered “I suppose it was–but _I_ thought it began
with an ‘a.'”

“And you thought ‘constituents’ meant ‘wild men?'” pursued his father,
eagerly following up his advantage, while the guests laughed. “Why did
you not ask me, or look it out in the dictionary? Though, to be sure,”
concluded the baronet, appealing to the bystanders, “I don’t know that
it would have been easy to make it clear to a child of seven.”

“No, indeed,” answered one or two.

“But why should he think it meant wild men?” asked another, laughingly.

“A child’s natural love of the extraordinary, I suppose,” answered Sir
Everard, “the unknown is always the marvellous, and ignorance is always
the most easily deceived.”

He hardly knew if he was talking sense or not; he only felt he must
provide an answer of some kind, and having silenced his questioner, he
breathed freely again. But there was an only half-satisfied expression
on Humphrey’s face which alarmed his father: and dreading that he should
cast his thoughts back, and by raking up something else that had been
said on that fatal occasion furnish to the assembled guests the clue to
the conversation, he drew the boy to him, and told him he had better run
back to his brother.

It still wanted five minutes to dinner; and he felt there was no peace
of mind for him, as long as Humphrey remained in the room.

As if to atone for his unceremonious entry, Humphrey seemed determined
that his exit should be more in accordance with the rules of society;
for he advanced to the fat gentleman next his father, and holding out
his hand wished him “good night;” then, proceeding to the next in order,
he did likewise.

“Is he going to shake hands with every single one?” thought Sir Everard,
in despair, as his eyes wandered from one to another of his twenty
guests, dispersed all over the library.

There could be no doubt about it. Patiently and methodically Humphrey
went through his task. Not one was overlooked–not one was left out.

No matter if one was standing apart, at the other end of the room,
another deep in a volume of prints, and two more tête-à-tête in a
political discussion. Humphrey thought nothing of pursuing the first,
rousing the second, and disturbing the others. The inevitable
“good-night” rang out all down the room, and the inevitable little palm
was outstretched.

Sir Everard ever afterwards looked back to those slow moments of
torture, as to a sort of hideous nightmare. Each minute was laden with
anxiety, each new handshaking fraught with danger, each conversation
that a guest opened with the child, a fresh source of fear.

Interminable moments! The hands of the clock seemed as if they would
never move, the gong seemed as if it would never sound, and he stood in
despair, watching the little figure pursuing its triumphal progress down
the room, and listening to the patronizing tones in which one and the
other rallied the boy on his mistake.

“So you thought you were going to see a lot of wild men, young
gentleman?”

“Uncle Charlie told me so,” was the answer.

Sir Everard fidgeted from one leg to the other. (“Only thirteen more,”
he observed to himself.)

“And you’re quite disappointed?” said the next one, laughing.

“Yes,” said Humphrey; “there isn’t much to see in a lot of gentlemen in
black coats.”

(“Only twelve now,” reflected the baronet.)

“It was a joke of uncle’s, I suppose,” said a paterfamilias, in a
consoling tone–and Sir Everard beat the ground nervously with his foot.

“A very stupid joke,” said Humphrey, with which opinion his father
fervently agreed.

It ended at last. The gong sounded, the last “good night” was said, and
with an indescribable sense of relief Sir Everard saw the little figure
disappear. But he did not recover himself all the evening. It was
remarked that he was silent and abstracted during the dinner, and the
guests shook their heads, and observed that he had never got over his
wife’s death. He was truly thankful when the party broke up, and the
strain was over.

He could not pass the bedroom nursery without taking a look at Miles. He
was sleeping peacefully, but various sounds, as if of sobbing, came from
the other little bed.

Sir Everard laid his hand on the sheet, but it was held tight, and the
curly head hidden beneath it. “Why, Humphrey, my little man, what is the
matter?”

Very inarticulate sounds succeeded, but by dint of great patience, the
baronet distinguished among the sobs that, “he was afraid Uncle Charlie
would go to hell, for telling such a dreadful story, and he couldn’t
bear to think of it!”