It was a pleasant little holiday that Sir Everard spent with his
children during the days that followed; and often in after years did he
look back upon it with a tender regret.

Miles’s health improved steadily, and in a little while he was allowed
to be carried in the afternoon to his father’s dressing-room where,
nestled in a huge arm-chair, with his father and Humphrey sitting by, he
passed some very happy hours. Sometimes they played games, or else Sir
Everard would read out loud from a book of fairy tales he had brought
from London. One evening he read a story which greatly delighted both
little boys. It was about a wonderful mirror, which had the power of
showing to its owner what any of his absent friends might be doing at
the moment he was looking into it.

“Oh, how I _wish_ I could have such a mirror!” said Humphrey, very
earnestly.

“How I wish I could!” echoed Miles.

Humphrey did not answer; he was gazing out of the window in deep
thought.

“Who would you look for, my little man?” asked Sir Everard of Miles.

“I should look for you, dear Fardie.”

“Not always,” said Miles, laying his little hand caressingly on Sir
Everard’s. “When you are away in London, I should like to look in and
see what you are doing.”

It was by these engaging little words and ways, that Miles had wound
himself so closely round his father’s heart.

“So you would like to see me when I am away,” he said, stroking the
child’s hand, “do you miss me when I’m not with you?”

“So much, Fardie; I wish you would never go. Humphie, don’t we miss
Fardie dreadfully when he’s away, and wish he would never go?”

Sir Everard glanced at his elder boy, as if hoping to hear him confirm
his little brother’s words, but Humphrey was still looking thoughtfully
up, out of the window, and took no notice.

“What is he thinking about?” whispered Sir Everard to Miles.

Whatever the boy was wishing for, it must have been something which he
felt he could never have, for the brown eyes were full of tears as they
gazed up into the blue sky.

“Wait a minute,” breathed Miles, “he’ll say how we miss you, when he’s
done thinking; often, when he’s thinking, he doesn’t answer me till he’s
quite done what he’s thinking about.”

With the tears still standing in them, the eyes suddenly sparkled with
a new feeling, and Humphrey sprang to the window, exclaiming,–

“A hawk! I do declare; and he’ll have the sparrow in a minute!”

Sir Everard looked disappointed, and drew Miles closer to him.

“He’s not thinking about us, is he, darling?”

“Eh!” exclaimed Humphrey, starting, “were you speaking to me? What did
you say, Miles?”

“It was about the glass, Humphie; I said we should like so much to see
what Fardie is doing in London sometimes.”

“How should we see you, Fardie?”

“I’m afraid, if you looked late in the evening, you would often see me
_so_,” he answered, folding his arms, and shutting his eyes.

“What, asleep!” exclaimed the children.

“Isn’t the Queen very angry with you?” inquired Miles.

“The Queen is generally asleep herself at such hours.”

“What! in the House of Parliament?”

“No; but in one or other of her palaces.”

“But she isn’t always asleep at night,” said Humphrey, in a superior
tone; “sometimes she sits up very late, and has a ball. I know a picture
of her giving a ball, in the old book of prints down-stairs.”

The volume in question bore the date of 1710, and the engraving
represented the court of Queen Anne, but it was all the same to
Humphrey.

“Do you ever go to the Queen’s ball Fardie?” inquired Miles.

“My dancing days are over, yes,” said Sir Everard, absently. He was
thinking how lovely his wife had looked at the last court ball he had
been to.

“Do they dance ‘Up the middle and down again,’ Fardie?”

“I suppose when you were young and went to balls, they used to dance the
minuet?” said Humphrey. “Used you to wear a pig-tail, father?” 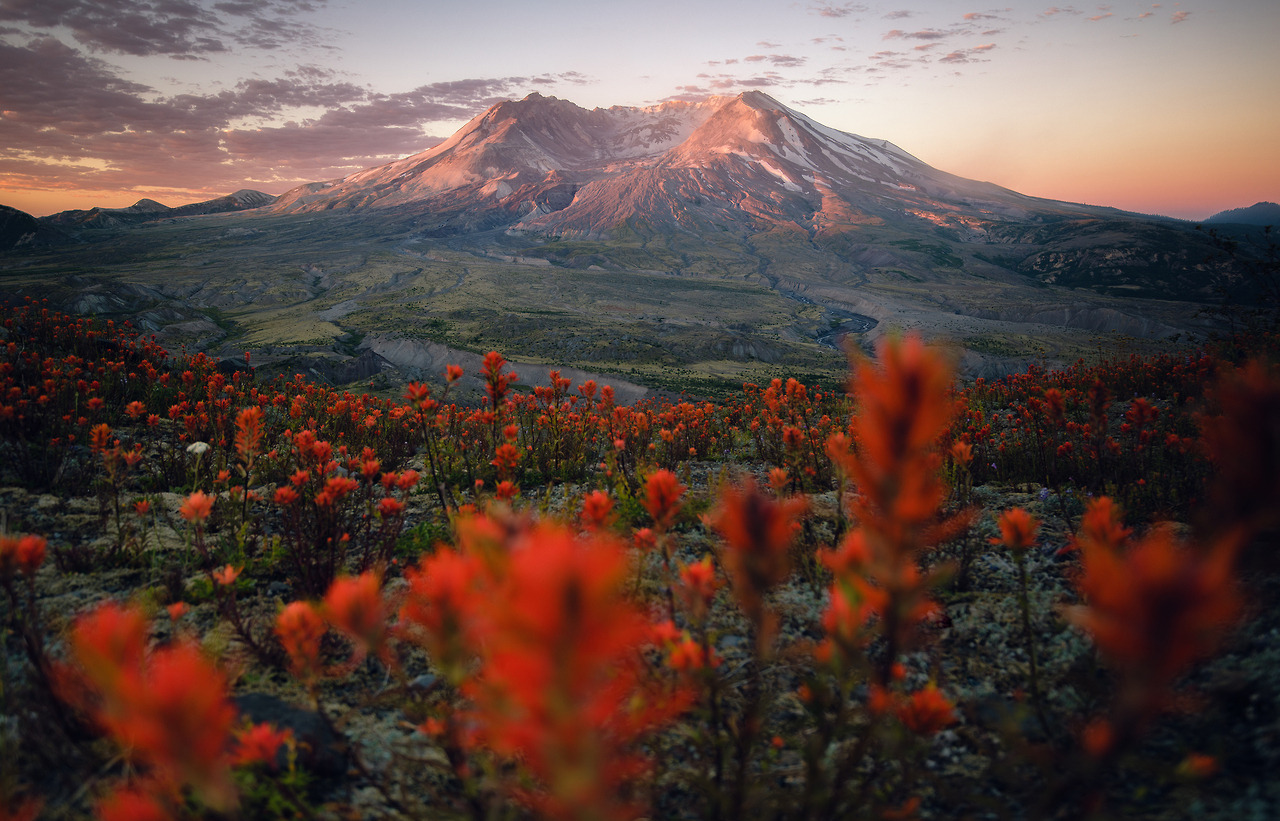 The children had no idea, and amused themselves for the next ten minutes
by trying to guess, their conjectures varying between sixty and ninety.

“Will you come for a run, father?” said Humphrey, presently.

“It’s a little hot for running, isn’t it?” answered Sir Everard; “but
if you are tired of being indoors, you can go in the garden, and I will
join you in about an hour.”

“We might go to the village, mightn’t we, and spend my pennies? Dyson’s
got his trumpet, so there’s nothing to save for, and I should like to
spend them.”

“Very well: where shall I find you?”

“I shall be feeding my jackdaw, or working in my garden; or, perhaps,”
after a moment’s reflection, “I might be sitting at the top of the apple
tree, or running along the kitchen garden wall. But if you don’t find me
in any of those places, look in the hen-house. I might be getting an egg
there for Miles’ tea.”

“But isn’t the hen-house kept locked?”

“Oh, yes, but that doesn’t matter a bit. I always squeeze myself through
the hen’s little trap door.”

Humphrey’s sense of the ridiculous was tickled by the idea of his
father’s tall form struggling through the little hole of a few inches
wide; and his merry laugh echoed through the room.

“What fun it would be!” he exclaimed, “you’d stick in the middle, and
not be able to get in or out. How you would kick!”

Little Miles laughed till he coughed, and Sir Everard was obliged to
dismiss Humphrey to the garden.

Humphrey was not engaged in any of the employments he had mentioned when
his father joined him an hour later. He was standing gazing thoughtfully
at the lame jackdaw hopping about on his wooden leg.

“What a funny boy you are,” said his father, laying a hand on his
shoulder. “I do believe you care more for that ugly old jackdaw than for
anything else that you have. He always seems to me the most
uninteresting of creatures and I’m sure he is very ungrateful, for the
kinder you are to him the crosser he gets.”

“Yes, he’s very cross, poor old fellow!” said Humphrey. “Look!” holding
out his hand, which bore unmistakable evidence of a bird’s beak, “how
he’s pecked me. He always does whenever I feed him.”

“I should almost be inclined not to feed him then.”

“I couldn’t let him starve, you know. Besides, I don’t wonder he’s
cross. It’s enough to make any one angry to be always hopping about in
one little place, instead of having the whole world to fly about in. And
if it wasn’t for me,” he added, half to himself, “he would be flying
about now.”

Sir Everard did not catch the last words, but the boy’s face reminded
him that he had touched on a painful subject, and he hastened to change
it by proposing they should start for the village.

Humphrey brightened up directly, and was soon talking as gaily as usual.
The painfulness of the subject consisted in this.

One day, Humphrey and Miles were amusing themselves in their gardens,
when the jackdaw, then young and active, came flying past.

Humphrey without the slightest idea of touching it, flung a stone at it,
exclaiming, “Get away, old fellow!”

But so unerring was his aim, that the stone struck the bird on the wing,
and brought it struggling and fluttering to the ground.

Dolly, the laundry-maid, was close at hand, and she never forgot
Humphrey’s burst of grief and remorse, when, on picking up the jackdaw,
they found both leg and wing broken. That a living creature should be
deprived of its powers by his means was more than the tender-hearted
child could bear, and for a long while he was inconsolable.

In due time the bird had been supplied with a wooden leg through Dolly,
by whom it had ever since been carefully tended, but its life, in
Humphrey’s eyes, was over; and he never passed the cage without a pang.
He seldom spoke of it, it was too sore a subject; but his attention to
the lame bird had from that day to this never relaxed for an instant.

On the way to the village, Sir Everard questioned him on his progress
with his lessons.

Humphrey always gave a capital account of himself; reading, writing,
French, everything, according to him, was going on as swimmingly as
possible.

Sir Everard’s faith in these reports had been rather shaken since the
memorable occasion when, relying on Humphrey’s confident assertion, that
he now knew the auxiliary verbs perfectly, he had, with a father’s
pride, called upon him suddenly to repeat the verb “avoir” to his
grandmother. She was a lady of the old school, and a great stickler for
early education: and he had been rather nettled by an observation that
had dropped from her, to the effect that Humphrey was rather backward.

“Indeed, mother,” he had answered, “I think few boys of his age know so
much of French. He speaks it perfectly, and is well grounded in the
grammar.”

To prove which, Humphrey had been called out of the garden, and, to his
father’s dismay, had conjugated the first tense of the verb in the
following manner:–

Conversation did not flag for a moment as they walked along.

On the subject of history, Humphrey not only professed to be, but was,
well informed. It gave food to his imagination, and he delighted in it.
Sir Everard felt quite brushed up in the early parts of history before
they reached the village, and Humphrey himself was so taken up with his
subject, that he readily agreed to give up his expedition to the shop,
so that they might extend their walk by returning home another way.

“We shall pass little lame Tom, anyhow,” he said, “and I can give my
pennies to him instead.”

Lame Tom was a little cripple, who sat all day long in a little wooden
chair, and was an object of great commiseration to Humphrey. A creature
who had never known what it was to walk, run, or climb, and had to sit
still in a chair from year’s end to year’s end! How keenly such a
condition appealed to the pity of such a nature as Humphrey’s!

He gave him his pennies as he passed, and then resumed his conversation
with his father.

It was nearly dinner-time when they reached home, and Miles was eagerly
waiting for his game of “Spelicans” with Sir Everard. He was, however,
never quite happy unless Humphrey was included in his amusements, if he
happened to be present: so after a time “Spelicans” was changed to “Old
Maid,” a game of which both boys were particularly fond.

No “lady of a certain age” could have shown more eagerness to get rid
of the fatal Queen than did the two little brothers, and they played as
if their whole future depended upon it.

Great was their delight and exultation when, at the end of the game,
they found they had both escaped the fate of single blessedness; and,
with great clapping of hands and other demonstrations of triumph, Sir
Everard was informed that he “would be an old maid.”