Toward the close of a cool, pleasant day in September, 18—, the
residents of the village of Readestown were startled by seeing a
horseman come dashing furiously into the town.

He was a middle-aged man, with dark, swarthy features, piercing black
eyes, a black mustache and dark hair. His slender figure was clad in the
costume of a native Mexican, and he rode like an expert.

The man bestrode a fine, swift bay mare, and as he went thundering
through the main street enveloped in a cloud of dust at the top of the
mare’s speed, he attracted considerable attention.

The horse finally paused before a palatial mansion, out of the gate of
which a beautiful young woman was coming, and the Mexican politely
raised his sombrero and asked in good English:

“Senora, can you direct me to the home of Frank Reade, Jr.?”

“This house is his residence,” replied the lady, curiously eyeing the
man.

“Positive. I should know, as I am his wife.”

“But he will return soon?” eagerly asked the man.

“No; perhaps not for several weeks.”

“Dios mio! How unfortunate for me! The train I came on from Boston broke
down a league from here, and in my haste to reach this place in season
to catch him ere he departed, I hired this horse and came in the
saddle.”

“What a pity you arrived too late!”

“Yes, indeed; for it is with me a matter of life or death.”

“He has, of course, gone in his new flying machine?”

“When I landed from Mexico I read in the daily paper that he had
finished his marvelous invention, and intended to make a trial trip in
it this evening.”

“Was your business important, sir?”

“Very. So much so that I came all the way here from Mexico to see him in
relation to his new air-ship.”

“I am very sorry you failed to get here in time.”

“You have no idea of my own anxiety, senora.”

“Perhaps I might direct you so you could find him.”

“Do so, and I shall be very grateful indeed.”

“Well, the machine ran against the wind, which blows from the southwest,
and made a successful ascension. The last I saw of it it was heading due
southwest of here. Just five miles away in that direction lies the town
of Foxhall, at which Frank intends to pause awhile to examine the
air-ship and see how it stood the initial test. By going there with all
speed, you might reach him before he sends the air-ship aloft again.”

“Thank you a thousand times. I shall try the plan.”

And doffing his hat to her again, he started his mare off in the
indicated direction at a furious gallop.

Off sped the gallant beast, watched by the wife of the inventor of the
flying machine, and he soon reached the open prairie and urged his steed
along at a breakneck pace.

The Frank Reade, Jr., in question was a famous inventor of steam,
electrical and mechanical inventions of various kinds.

He had completed building the greatest air-ship he had ever conceived
of, and had added a crown to the glory of his great talent.

The inventor was then a mere youth in years, and had as companions on
his pleasure trip two tried and trusted friends.

One was a rollicking Irishman, with a good-natured, freckled face, a red
head, and a devil-may-care disposition, named Barney.

The other was a short darky, with long arms and a comical face, who
answered to the name of Pomp.

The Mexican knew all about the three, as the newspapers of the period
frequently referred to them in relation to the journeys they had made
together in former inventions which Frank had conceived.

He rode along at a pace that was bound to kill his horse if he
maintained it too long, and kept his burning, eager glance fixed upon
the sky in expectation of seeing the strange invention.

It was a long ride, and to the rider it seemed to occupy ages.

“I shall—I must see him!” he muttered, desperately, as his mare sped
over the broad expanse of prairie. “If Frank Reade, Jr., will do as I
ask he shall be rewarded with a treasure which must surpass that of a
king. Oh, my poor little boy! He will certainly be sacrificed by the
Terror of the Coast if the inventor refuses to aid me in rescuing him!”

Tears welled up into his eyes at the thought of the peril in which his
little son was placed.

But in a sudden paroxysm of resolution he dashed them away and muttered
hoarsely:

“No, no, no! I must not weakly give way to tears. It is a time for
action—not repining. On, my good horse, on, on, and do what you can to
carry me to my destination in time to make one effort to save my child’s
life.”

Urging would not make the mare go faster, for she was then doing her
best, and fairly snorting from the violent exertion.

Within half an hour the town of Foxhall appeared in view, and the
Mexican’s heart leaped with joy as the twinkling lights of the windows
met his glance in the distance.

This feeling was rudely dashed, however, when, upon a nearer approach to
the settlement, he saw a huge object rise from the ground and soar up
into the sky ahead.

It then sped away from the settlement, going in a southeasterly
direction, and the man gave a groan of anguish.

“There is the flying machine now!” he gasped.

Nor was he mistaken.

The peculiar object was two enormous aluminum planes on a framework of
steel, held aloft by strong metal posts.

At the forward part was a smaller plane, the deflections and inflections
of which changed the angle of movement of the machine. 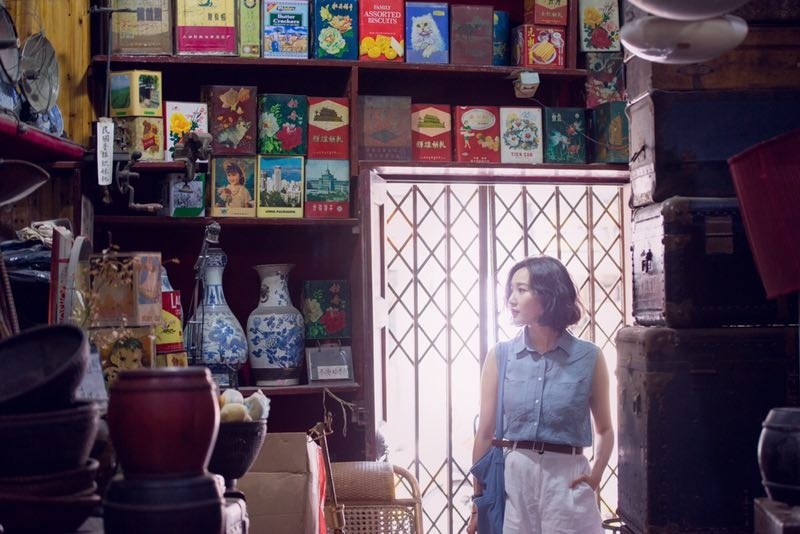 Two enormous propellers drove the air-ship ahead by whirling at a
tremendous speed, and the car was oblong forward, with a long ram,
wheels at each side for running over the ground, and a flat stern, at
which hung a rudder for use in water.

Forward on deck stood a huge electric motor for operating the drive
wheels, and before it a powerful searchlight was fastened.

The after deck was covered by a bullet-proof wire cage, and the pilot
occupied a small conning tower under the forward deck.

It was very evident that the principle of operating the Jove, as the
ship was named, was by imitating a boy’s kite.

Simply by driving the planes against the wind caused the air to lift the
machine into the sky, and once elevated, by keeping it constantly
moving, suspension was sustained.

There was a man in the turret, and two men on deck.

The Mexican could plainly distinguish their outlines, and a mad, baffled
feeling overwhelmed him.

“Must I lose after all the exertion I put forth?” he groaned, hoarsely.
“No! By heavens, I’ll chase that machine till my steed falls dead
beneath me, and I’ll scream till my voice leaves me to attract their
attention.”

He raced on wildly after the flying air-ship.

He shouted, he waved his handkerchief, and he raved at his horse to go
faster.

It was a wild and fearful ride, and it seemed to the unfortunate man as
if the Jove was fast leaving him behind as it glided through the dusky
sky.

On, on, on raced the pursuer and pursued over the open country, and
several miles were thus covered.

Finally the mare tripped and fell.

The man’s heart sank as he leaped from her back to avoid being injured
under her body.

“Merciful Heavens! This ends it!” he groaned, in despair, as he landed
upon his feet upon the ground.

That fall killed the gallant mare.

But the man paid no heed to her, for all his time and attention were
taken up staring at the Jove.

Suddenly he started, bent forward eagerly, and a thrill of joy ran
through him as he saw the great air-ship go in a circle, drop lower into
another strata of air, and approach him.

Up to him swept the huge air navigator, until at last it was hovering
three hundred feet aloft, just above his head.

“Hello, there!” came a hail from above.

“Take me aboard!” screamed the Mexican.

“Were you chasing us?”

“It is a desperate case. I’ll explain——”

“Come up here and explain yourself.”

As this exclamation escaped his lips a long, light rope ladder came
flying down through the air.

One end of it was fastened to the air-ship.

The other end landed near the Mexican, and he rushed forward, seized it,
and began to climb up.

It was a risky climb, for the ladder swayed with every movement he made
while ascending.

He grimly kept on, though.

In a few moments he reached the deck aft.

Here the two men seized him and helped him up.

At the same moment the air-ship turned and dashed up higher into the
atmosphere and resumed its journey south-westward.

The extra weight of the Mexican seemed to make but slight difference in
the buoyancy of the machine.

He now turned his attention upon the two occupants of the cage, one of
whom was Frank Reade, Jr.