Frank was in a most desperate situation, and he laid the boy down and
searched the cabin.

He finally found an ax, and with this implement he attacked the door in
an effort to burst it down.

Blow after blow he dealt it.

As it went down with a crash he seized Leon Zamora and hastened upon
deck with the senseless boy.

Frank’s friends were still firing at the pirates in the bushes, and a
cry of joy escaped them when they saw him appear with Leon in his arms.

“My son! My son!” frantically cried the Mexican.

Over the schooner swept the Jove, and Frank got on the ladder, whereupon
Barney swiftly drove the machine away over the water toward the shore.

Although many bullets were shot at the inventor, they missed him, and he
was carried out of danger.

He reached the deck with his burden.

The joy of Zamora knew no bounds, and when the boy’s wound was dressed
and he recovered, he was more than delighted to find himself safe again
with his father.

Captain Diavolo’s men were furious when they saw the inventor safely
escape with the little prisoner.

Realizing that Frank was liable to attack them, they made haste to get
away from that dangerous locality, and when the young inventor sent the
flying machine on a hunt for them, not one of the villains was to be
found.

“They have got enough,” laughed Frank, “and have like the Arabs silently
folded their tents and stolen away.”

“Begorra, we kin get their treasure now,” said Barney.

“Yes, indeed,” assented Zamora. “The gold is due to you for having saved
my little boy.”

“The airship is capable of carrying a weight of several tons beside what
we have already aboard,” said Frank, “and for that reason we can easily
get away with the bulk of the Terror’s horde.”

When they were ready to descend they saw the schooner blow up, and her
remains sunk under the sea.

It occupied a full day to get the treasure aboard and stow it. But they
finally secured it.

Not one of the pirates disturbed them, and on the following morning
Frank drove the Jove high in the air, and sent her along the coast.

Indeed, she mounted so high that she rose above the clouds in the rare
upper atmosphere.

Frank had control of the wheel when Zamora came in with his boy and
asked him:

“Are you going home now?”

“Not yet,” Frank responded, shaking his head.

“What is there to keep you in this neighborhood?”

“Since I started in fighting the Terror of the Coast,” answered the
inventor, “I have concluded to not leave my task unfinished. Captain
Diavolo is still at large. He yet has his steamship to scour this gulf.
I am determined to find the man and his craft, and put them where they
will do no further harm.”

“It is a noble resolve, and has my heartfelt sympathy,” said Don Zamora,
earnestly. “And by your leave, senor, I shall remain aboard until your
purpose is finally accomplished, compadre!”

He spent several days after that searching for the villain, but failed
to find him.

League after league of the coast was patrolled, and they finally reached
the neighborhood of Florida.

Off one of the keys a ship was discerned one morning by the young
inventor, who stood on deck.

He eagerly scrutinized it with a glass.

It was a small steamship flying the American flag.

“Yes, senor; what do you wish?” asked the Mexican, emerging.

“Do you see that steamer?”

“Plainly, when there is a rift in the clouds.”

“Would you take her to be Captain Diavolo’s vessel?”

“By no means. The Snake is a larger boat.”

“Pshaw! I thought it was her.”

Frank looked intensely disappointed, and cast another glance down at the
vessel.

As he did so he saw a very much larger steamer run from behind the key
and race after the first one.

The large vessel carried a black flag at the masthead, in the center of
which were a skull and crossbones.

“So I perceive,” responded the inventor, leveling his glass again.

“Those monsters are intent on running the smaller craft down and
attacking it.”

“Of course!” cried Frank. “And, by jingo! among the big gang swarming
over the deck of the Snake I recognize the figure of Captain Diavolo.”

“Then the scoundrel and the crew of the schooner which contained my boy
must have been picked up by this craft, and carried away.”

Barney and Pomp were apprised of the news, and they eagerly scanned the
pirates’ craft.

“Shure, they’ll be afther knowin’ it soon enough,” laughed Barney, as he
spit on his hands and rubbed them together.

As he spoke, they heard the faint report of a gun, and saw a shot strike
the stern of the fugitive steamer. 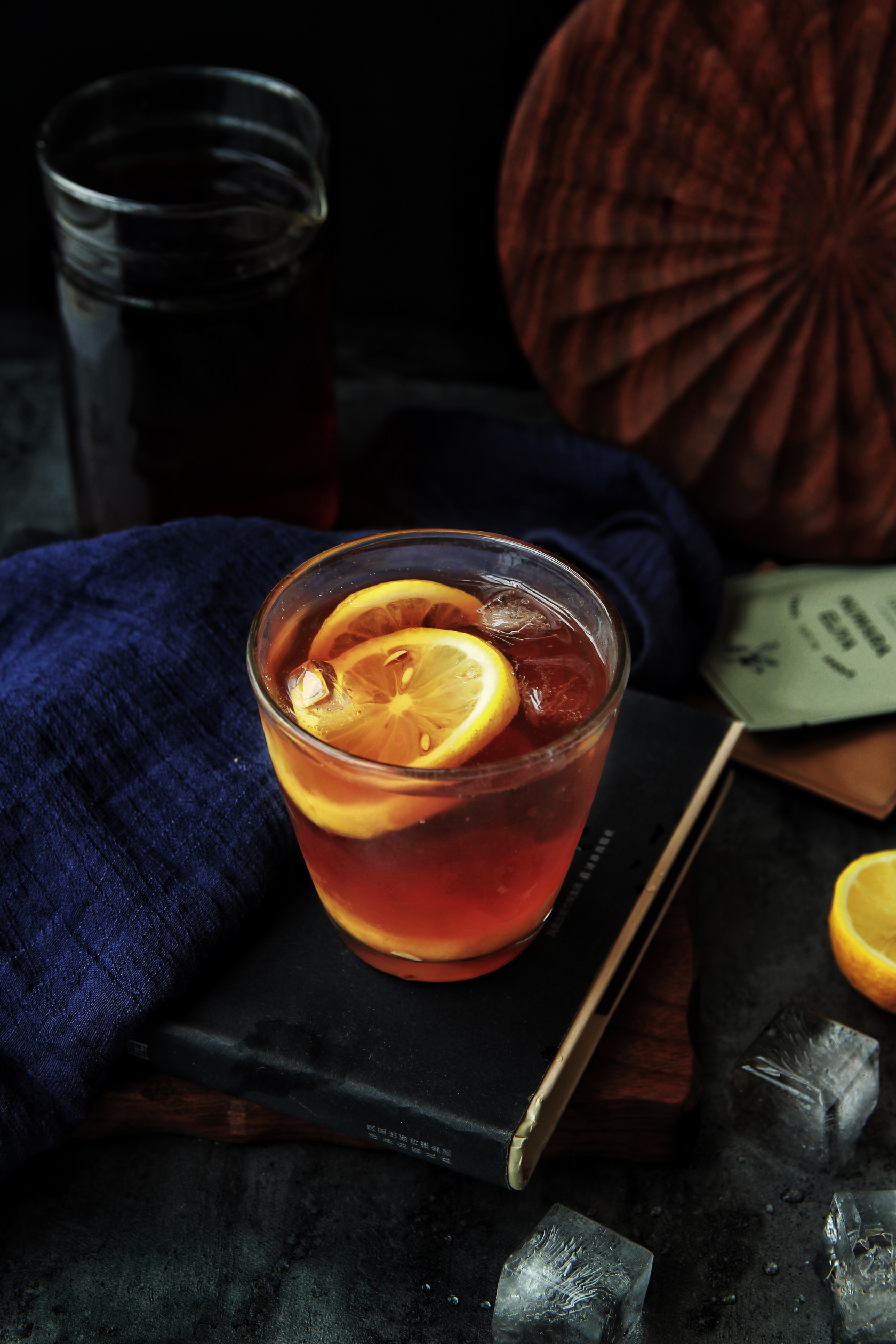 Judging by the actions of the vessel, the ball had evidently struck the
rudder or screw, for she ran wild, and her engineer was obliged to stop
her.

The Terror dashed ahead, and another shot was discharged from her deck,
the ball sweeping the deck of the other.

“We must stop them at once!” he exclaimed, “or they will, perhaps,
murder the whole crew. Barney, take charge and drop the Jove down toward
them.”

He gave his place to the Irishman, and going back to the room where the
arms were kept, he quickly secured an enormous grenade, and carried it
out on deck.

“If this shell lands on her deck it will blow her to pieces,” he
muttered, grimly. “Now for a trial.”

Waiting until the airship was almost directly above the other vessel,
Frank let the shell fly.

It plunged down through the air quickly.

Down, down, down it went at a terrific speed until it had almost reached
the steamer.

But the Snake dashed ahead, the grenade missed, and it plunged
harmlessly into the sea.

A cry of intense vexation escaped Frank, and he saw his enemies go
flying ahead blissfully ignorant of the great danger they had escaped.

The Jove was descending rapidly under Barney’s skillful guidance, and it
soon hovered within a few hundred feet of the sea when the pirates saw
it.

A fierce yell escaped them, and they swung a big swivel gun around and
fired up at her.

The shot crashed through the airship’s hull, and the villains rapidly
loaded the gun again.

Fortunately, our friends were not injured by the shock.

In a minute more all hands had their weapons ready for action, and began
to fire down at the pirates.

The fugitive steamer was near by, and her crew, armed with several
rifles and pistols, were firing at the pirates.

Report after report rang out.

Clouds of smoke and fumes of powder rose.

For a quarter of an hour the battle waxed hot.

The pirates were between two fires, and while half of them turned their
attention upon the steamer’s crew, the other half engaged at firing at
the airship’s crew.

In the midst of the conflict one of Diavolo’s gunners discharged the
swivel piece up at the Jove again.

This shot smashed into the plane uprights on the port side, breaking
them in two and tearing the braces.

All the upper gear began to collapse.

“Lookout! We’re falling!” shouted Frank. “We can’t float with that hole
in our boat’s hull.”

He seized a line as he spoke and flung an end to the crew of the
disabled steamer, while he tied the other end to the Jove.

At the same moment Zamora let another of the big bombs fly out a window
at the Snake.

The grenade struck the side of the pirates’ vessel, and tearing a big
hole there, caused her to fill.

In a few moments it was clear the vessel would be sunk many fathoms
under the Gulf.

A cheer escaped Frank’s party despite their own peril, when they saw
what the Mexican did.

“At last I am revenged!” hoarsely cried Zamora, as he seized his child
and ran on deck.

The doom of the flying machine was sealed, for she fluttered to the
water and began to sink.

“Haul in on that line and make it fast, boys!” cried Frank.

Working furiously, they dragged the airship to the side of the disabled
steamer and secured her so she could not go down.

Willing hands assisted them aboard the steamer just as the Snake sank,
carrying many of her crew down with her.

Captain Diavolo was killed during the explosion of the grenade, and the
crew of the Yankee vessel shot the rest, who were swimming.

Seeing that his invention could not be repaired where it was, Frank
abandoned all hope of saving her.

A few hasty words passed between him and the captain of the steamer, and
the inventor was assured of a passage to New York in his vessel when she
was repaired.

Then he and his friends dragged the treasure out of her and stowed it
below, after which the line holding the Jove was cut, and our gallant
flying machine sank in the deep Gulf.

Our friends told the Yankee crew all about themselves, and in return
learned that the craft had recently left a Mexican port, and was
homeward bound when attacked.

She was badly damaged by the shot, but they finally repaired her so she
was able to finish her journey.

Zamora and his son were landed in Florida, from whence they could easily
get home, and he warmly thanked Frank and his friends for all they had
done for him and his child.

He refused to share the treasure, as he was already wealthy.

Our friends, therefore, gave the captain and crew of the steamer an
ample share of it, and divided the rest among themselves.

In due time the treasure was all sold, and realized a huge sum.

Landing in New York, our friends proceeded to Readestown, and received a
warm welcome home.

They were glad to get home again.

Frank since then has built other wonderful inventions, and we will soon
give our readers an account of another one. But our story of his
greatest flying machine is ended, and we will, therefore, defer our
narrative to the volume which follows this one.