It turned out when they got there that the real host was not Dick, but
Dick’s father. Neither Roy nor Chub had met Mr. Somes before. Like Mr.
Cole he was a large man, but his size was rather a matter of breadth
and thickness than height. He had a round, clean-shaven, jovial face
lighted by a pair of keen steel-gray eyes, and a deep, rumbly voice
that seemed to come from the heavy-soled shoes he affected. But he
was kindness itself, and by the time they had gathered about the
table beside the open window in the big hotel dining-room Roy and
Chub were quite captivated. And that luncheon! Chub talks of it yet!
There was ice-cold cantaloupe to start with, and then cold bouillon,
and tiny clams lying on shells no larger than half-dollars, and chops
not much larger than the clams–so small, in fact, that Chub viewed
them with dismay until he discovered that there were many, many of
them,–and potato croquettes, and pease no larger than birdshot,
and Romaine salad, and–but, dear me, no one save Chub can give the
entire program at this late day! I know there were lemon tarts and
strawberry ice-cream and all sorts of astonishing cakes at the end,
though; and I know that Chub was never much more miserable in his
life than when he was obliged to stop eating with half his portion of
ice-cream unconsumed! Of course such a repast took time, and after it
was over no one seemed in any very great hurry to leave the table.
So they sat there contentedly while Mr. Somes, craftily led on by
Dick, told marvelous stories of mines and discoveries, until Chub was
for abandoning the cruise in the _Jolly Roger_ and starting west to
prospect for gold. It was almost the middle of the afternoon when they
finally left the dining-room, and then a hasty consultation of the
time-table showed them that to reach Loving’s Landing that day and
return in time for dinner was quite out of the question. Roy and Dick
were a little disappointed, but Chub took it philosophically.

“We can go up in the morning just as well,” he said. “We can go any
day, but it isn’t every day a chap gets the chance of a feed like
that. It’s all right for you fellows to make fun, but you haven’t
been in training for two months, living on beef and potatoes and rice
puddings! I’m not kicking though,” he added softly and reverently, “for
that luncheon pretty nearly made up for it all!”

So instead of going to Loving’s Landing they ambled downtown, feeling
very contented and peaceful, and obtained a price-list from one of
the big grocery houses. Armed with this they returned to Dick’s room
and made out a long list of purchases. There is no use in setting it
down here, for when they reckoned up they found that it came to over
ninety dollars! In disgust Roy crumpled it up and threw it into the
waste-basket.

“We’re awful idiots,” he said. “What’s the good of wasting our time up
here when we might be out of doors? Let’s go and have a walk in the
Park.”

“‘Strenuous’ is a much over-worked word, Roy,” he said, “but it
certainly applies to you. Just when I’m beginning to feel comfortable
you ask me to get up and walk! _Walk!_ If you’d said ride, now–”

“Well, let’s,” said Dick. “Let’s get on the top of one of those silly
Fifth Avenue stages and bump uptown. It’s lots of fun, honest; you
think every minute that the fool thing’s going to topple over!”

“What joy!” murmured Chub. “Let us go. I’m the neat little toppler.
Besides, maybe it will help settle my luncheon and give me an appetite
for dinner.”

“Great Scott!” exclaimed Roy. “You’re not thinking about dinner already
are you?”

“I’m thinking of nothing else,” responded Chub. “Hang it, you fellows
don’t seem to realize that I’ve got two months of starvation to make up
for! Come on and let us topple.”

But although they went to the end of the route in both directions the
coach failed to turn over, but there were several occasions when Chub
screamed with delight and told the others that the moment was at hand.

“Now we’re going!” Chub cried. “Stand back, men! Women and children
first!” And when the danger was over he shook his head disappointedly.
“I shall ask for my money back,” he declared warmly. “What kind
of service do you call this, anyway? Here I am out for a pleasant
afternoon topple and nothing doing! I believe I could have some one
arrested for this.” He looked darkly about him in search of a victim.
“The first policeman I see I shall make complaint to. It’s an outrage,
a perfect outrage!”

But when they reached Roy’s house the prospect of dinner had restored
his good-humor. Dick dined with them, and in the evening they went to
the theater.

Theoretically it is a simple matter to journey from New York to
Loving’s Landing. Actually it is much more difficult, especially when
you mistake the train as the three did the next forenoon and find
yourself hurrying off in quite the wrong direction. By the time they
were able to get out of that train they had wasted fourteen miles. By
the time they were back in the station, ready to start over again, they
had squandered nearly three quarters of an hour. Roy was inclined to be
angry, laying the blame, by some remarkable method of reasoning, on
the railroad company.

“What did that fellow tell us Track 12 for?” he asked irascibly.

“There, there,” said Chub soothingly, “don’t waste your time trying to
find out why anybody does anything in a railroad station. They have
laws of their own, Roy, laws that you and I will never comprehend. It
was our fault. We ought to know by this time that no one in a station
ever tells the truth on any subject. I’ll just bet you that if I go
over there and ask that gateman how to get to Loving’s Landing he will
tell me all wrong.”

“Well, we’ve got to ask someone,” said Dick, “and it might as well be
him. He looks as intelligent as most of them I’ve seen.”

“Then I’ll ask him, but of course he will lie to me.” Chub was back
in a minute shaking his head dismally. “He _says_ Track 8, and that
there’s a train in about four minutes, but of course–”

They sought Track 8, Chub expostulating against the folly of believing
the gateman. But both the conductor and the brakeman assured them
earnestly that the train did go to Loving’s Landing, and after some
persuasion Chub allowed himself to be dragged aboard.

“Have your own way,” he sighed. “But when you get out in Chicago or
Cincinnati or New Orleans don’t blame me, don’t blame me! I wash my
hands of the whole undertaking.”

“I guess it won’t hurt them,” answered Dick cruelly.

Loving’s Landing, at first sight, didn’t appear to be worth the trouble
they had taken to find it. It was largely composed of lumberyards,
machine-shops and wharves in front of which dirty little canal-boats
were lying. Higgins’s Boat Yard was difficult to discover, each
informant directing them differently, but at last they found it tucked
away between the railroad and the river and hidden by a lumberyard.
They presented their credentials at the office and were directed to
where the _Jolly Roger_ lay ready for launching. By that time Chub was
speculating on the chances of obtaining luncheon in such a “one-horse
metropolis.”

The _Jolly Roger_ lay at the top of the way, one end tilted high in
air. It was something of a feat to board her and more of a feat to move
around after they were there. The doors and windows had been opened
but the interior still had a musty odor that caused Roy to sniff in
displeasure. For the next half-hour they roamed around in and out,
planning and making memoranda of things to buy. The boat was furnished
just as when they had last seen it, although the hauling out had
seriously displaced many of the articles. In the forward cabin,–or
living-room, just as you had a mind to call it,–chairs and table had
congregated against one wall as though holding a conference.

“Seems to me,” said Chub, “we’re going to need a lot of things. We
ought to have new curtains all over the shop, cot-beds, bedding, some
more chairs–”

“Well, we’ve got those all down,” answered Roy shortly. “What is most
important. I fancy, is to have someone go over the engine.”

“You bet,” Dick agreed. “We can do without new curtains better than
we can do without an engine. I’ve been looking at the batteries and
wiring and they’re all out of kilter. We’d better consult Higgins and
find some one who can fix up that part of it.”

“She doesn’t look much as she did last summer,” said Chub
disappointedly.

“Oh, she will when she gets in the water and we have her fixed up,”
Dick replied. “How about painting her outside?” 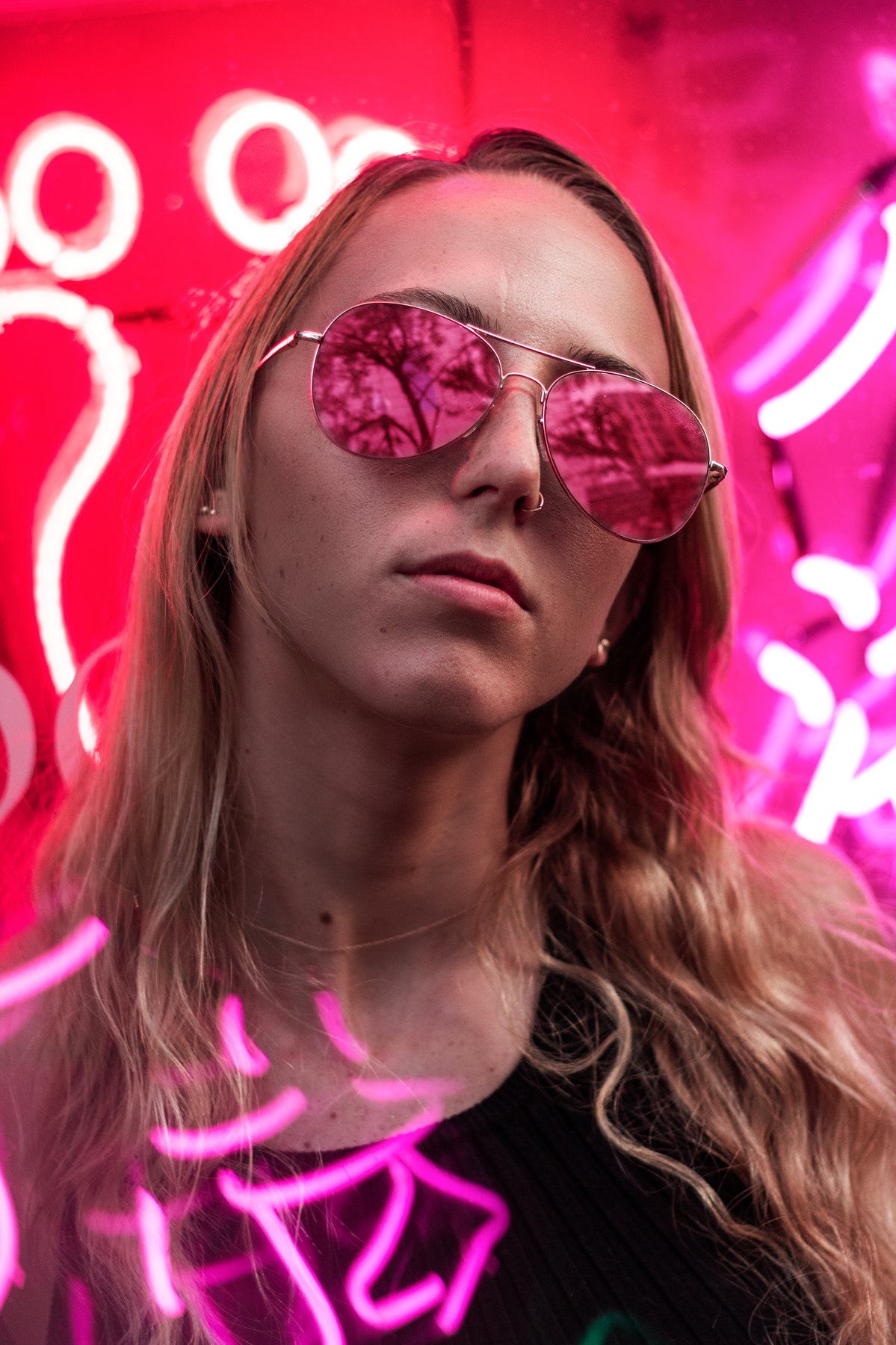 They climbed down and had a look at her from the wharf, finally
agreeing that a coat of white on the house was necessary. Then they
found the boat builder and talked it all over with him. As soon as
he found that there was a prospect of work to be done he was all
attention. He agreed to take charge of the matter, paint her as
directed, have the engine and batteries thoroughly gone over and
deliver her at a certain dock in the North River, New York, in one
week’s time.

“Of course he’s lying, too,” said Chub gloomily as they made their way
out of the yard, “but it’s a sweet lie. I don’t suppose he will have
her ready before the middle of July. Some one of us will have to come
up here every day or so and get after him.”

“Don’t you worry,” answered Dick, “Roy and I will camp on his trail,
and by the time you come back she’ll be all ready.”

Chub allowed himself to be comforted, and they set forth in search of
luncheon. They found it, but the least said of it the better. The next
morning Chub left for Pittsburg, having bound himself as one condition
of the agreement with his father to spend a week at home before
beginning the cruise in the house-boat. While he was away Roy and Dick
fulfilled their promise to keep after Mr. Higgins, and that worthy
responded finely to encouragement. The boys went to Loving’s Landing
three times during the week, the last time bearing with them the new
curtains which had been purchased by Mrs. Porter and made under her
directions.

[Illustration: Chub descended at the Porter’s bag and baggage]

There were other purchases, too; cot-beds that folded into almost
nothing when not in use, blankets, sheets, mattresses, and pillows,
dishes and a few extra cooking utensils, new records for Mr. Cole’s
talking machine, two brightly-hued and inexpensive Japanese rugs for
the upper deck and numerous lesser things. The provisions were left to
the last. They kept up an incessant and animated correspondence with
Chub who hated to have anything done without getting a finger in it,
and altogether that was a busy week. At the end of it, strange to say,
the _Jolly Roger_ actually appeared in her berth in the river, and the
next afternoon Chub descended at the Porter’s bag and baggage.