“Well, we’ve got to have some sort of meat,” answered Dick, “and we
can’t get fresh meat here. All those things we can get at the store
to-morrow. But we’ll have to reach a real town pretty soon. We ought to
have meat and fresh vegetables and fruit.”

“Look here,” said Roy, “there are plenty of farms around here. Why not
see if we can’t get some vegetables and fruit at one of them to-morrow?
And some milk too?”

“Good idea,” said Chub. “I delegate you and Dick to buy those things.”

“I don’t mind,” said Dick. “There’s a farm, a big old farm a little
way beyond the village; you can see it from the road. And seems to me
it’s almost time for corn, isn’t it?”

“Yes,” answered Dick. “I forgot eggs. And, I say, maybe they will sell
us a couple of nice young chickens. We’ll start right after breakfast.
Want to come along, Harry?”

But Harry shook her head. “Chub and I have to look after the store,”
she replied importantly.

“That’s so, I’d forgotten the store. Well, you take this list along,
Chub, and bring those things back with you at noon. I’ll put down the
quantities we need. Who’s got any money?”

“Money!” exclaimed Chub. “Where’s that large sum we intrusted to you a
week ago?”

“Large sum!” responded Dick indignantly. “It was two dollars! How long
do you think two dollars is going to last? I’m down to my last cent,
and I don’t suppose I can get a check cashed around here.”

“Scarcely,” said Chub. “I’ve some money, though. Here’s two dollars to
spend on vegetables, and I’ll pay for what we get at the store. Are
you keeping the account straight, Roy?”

“I guess so, I put down whatever any one tells me to. It’s hot down
here. Let’s get back on deck.”

The doctor was sitting in one of the willow chairs, his gaze on the
opposite shore of the river, where a few faint lights twinkled through
the darkness. Chub lighted the lamp in the wheel-house, and Harry
stopped behind her father and rumpled his hair playfully.

“Asleep? By no means, my dear. The fact is, I was–” he paused and
laughed amusedly–“I was occupied in rather a funny way. I was making
up a riddle.”

“That means me,” said Chub, perching himself on the rail and hugging a
stanchion. “If there’s one thing I pride myself on, it’s elucidating
riddles. Elucidator’s my middle name.”

“Well, tell me what it is that

‘Flies through the air without wings,
Swims through the sea without fins,
Has nails but no toes,
Sheets but no clothes,
On each of its fingers wears rings.’”

“Well, I don’t claim much for the rhymes,” answered the doctor,
modestly. “Got it, Chub?”

“Er–well, you see, sir, being in rhyme makes it more difficult.”

“Of course I don’t mean that I can’t guess it, only that it requires
more effort. Now let me see: ‘Flies through the air without wings;’
that’s a balloon. ‘Swims through the sea without fins;’ that’s–that’s
an eel. Er–what was the rest, doctor?”

“‘Has nails but no toes,
Sheets but no clothes,
On each of its fingers wears rings.’”

Chub was silent a moment. Then, “I–I think it’s an ichthyosaurus,” he
said.

“You’ll have to guess again,” laughed the doctor. “How about you,
Dick?”

“I give it up,” answered Dick.

“So do I,” said Roy and Harry in unison.

“Well, of course I could get it in time, but as the others are
impatient, I won’t stand in their way, sir.”

“I should have guessed that next,” he remarked easily.

“I don’t quite see what you mean about ‘nails and no toes,’” said Dick.

“Don’t you? Why, a ship’s put together with nails, Dick.”

“Sure,” murmured Dick, while the rest laughed. “And–and how about the
rest of it, sir?”

“A sheet is a rope that hoists a sail, as you doubtless know,”
explained the doctor. “As for the fingers and rings, why, the masts
are the fingers, and the rings are the wooden rings that the sails are
attached to. There you are, sir.”

“To think of you making that up yourself!” sighed Harry. “You did make
it up yourself, papa?”

“Yes, it’s quite home-made,” was the reply. “Suppose the rest of you
try it.”

“I couldn’t make mine rhyme,” said Harry. “I never could make things
rhyme.”

“I will make up the first one,” said Chub. “Are you all ready?” They
told him they were, and Chub cleared his throat portentously.

“Well–er–why am I like a young pig with a pink nose?”

“There’s so many reasons,” said Dick, “but, to keep you in good humor,
I speak for all when I say we give it up.”

“What’s the pink nose got to do with it?” asked Roy.

“There speaks envy,” returned Chub, sadly. “Let’s hear you give a
better one.”

“All right. Why did the animals go into the ark?”

“Because there was Noah else!” shouted Harry. “That’s an old one,
Dick, and you didn’t make it up at all.”

“Didn’t say I did. Chub challenged me to give a better one, and I did
it.”

“When it’s a cart?” asked the doctor.

“When it turns into a road.”

“Well, then, what’s the best age for a small house?”

“You knew it,” she objected. “You ought to have let Chub try.”

“Pshaw! he’d never have guessed it. He hasn’t guessed one yet.” 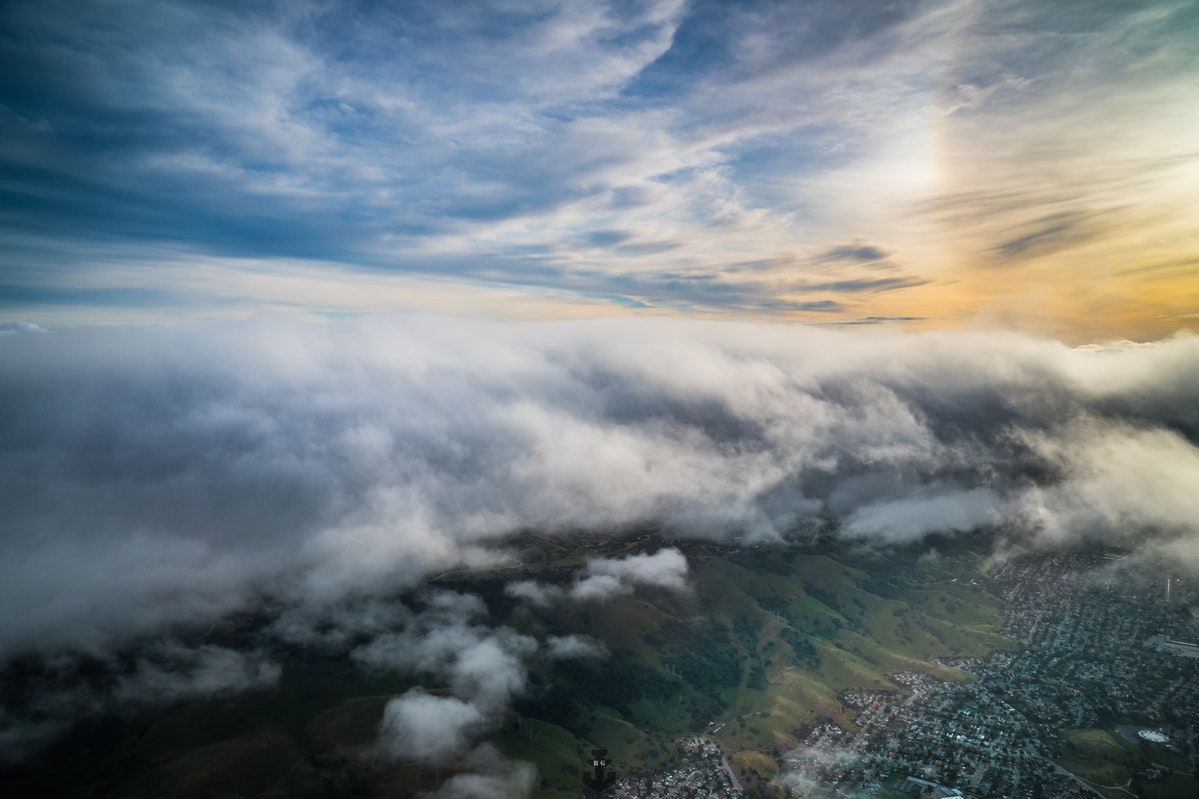 “Just wanted to give the rest of you a show,” replied Chub, amiably.
“Don’t you know any more, doctor?”

“Let me see,” said the doctor. “I used to know some. Here’s one;
perhaps you all know it, however.”

“If you do you mustn’t tell. Now then: What throat trouble did George
Washington have when he chopped down the cherry-tree?”

Nobody knew, and the doctor had to dispel their ignorance.

“Why, a hacking cough, to be sure. And what remedy did his father give
him?”

“Oh, no; this was a remedy for throat trouble. He gave him cherry
_bawl-some_.”

The conundrums continued until Dick asked one that broke up the
meeting. That was: “How long will it take to get Chub up in the morning
if we don’t go to bed right away?”

“That’s the easiest yet,” said Roy. “The answer’s half an hour.”

“Wait, please!” cried Harry. “I’ve just thought of a lovely one. You
know this, papa, and so you mustn’t guess. What’s the difference
between a spiritualist and a sailor?”

“I’ve heard that,” said Dick. “It’s something about ghosts, isn’t it?”

“What, that? Huh, that was the first conundrum I ever made up! I got a
prize for that!”

“Then what’s the answer, smarty?”

“Why–er–one goes to sea in the day and the other goes to see in the
dark. Come on, fellows.”

“That’s not right, Chub! Do you all give it up? Well, the answer is,
one sees to ghosts and the other goes to sea.”

“Wasn’t that what I said?” demanded Chub from the steps. “Hasn’t she
simply taken the words from my mouth, Dick?”

“Anyhow,” said Chub aggrievedly, “it isn’t as nice as one I know about
a chestnut.”

“Huh, I guess that’s what it is–about a chestnut!”

“Listen, Dickums!” Chub pulled Dick after him down the steps and held
him against the side of the boat. “I’ll tell you, Dickums, and no one
else. You’ve been a good friend to me. Don’t squirm so! Give me your
full attention. Now: What’s the difference between a good chestnut and
a bad chestnut? Answer: A worm. Cute, isn’t it? Laugh, Dickums, laugh,
or I’ll drop you overboard!”

The next morning after breakfast Roy and Dick set out in search of
vegetables and eggs, milk and chickens, the doctor trudged off with his
fishing-rod, and Chub and Harry went to the store. When they arrived,
the curtains in the windows were still down, and the note still hung on
the door.

“She didn’t get back last night, I guess,” said Chub, as he unlocked
the door and threw it wide open.

[Illustration: The till was empty]

“I do wonder when she will come,” murmured Harry. “Of course we can’t
stay here much longer. Papa said at breakfast that he thought we ought
to try a new fishing-place.”

“My, but he loves to fish, doesn’t he?” laughed Chub, as he raised the
curtains and let the sunlight in. “Any mail this morning?”

“Not a bit,” answered Harry. “Let’s take that list, Chub, and get the
things together we’re to take back to the boat.”

“All right. I wonder what I did with it. If I’ve gone and lost it–no,
here it is. Kerosene–hello!”

Chub pointed to the counter half-way down the store. One glance
was sufficient for Harry. With a cry of alarm, she darted to the
money-drawer and pulled it open.

The till was empty.