When Tom Chapman opened his door a sight met him that was not a
grateful one to a tired man, and would have put most men into a
rage, but Tom didn’t seem to mind much. He picked his way
cheerfully along over all manner of things, picking up a crowing
infant as he went that was rolled up in a shawl under the table.
“The only safe place in the room!” his wife said. A cry of joy
greeted daddy’s entrance, and half a dozen grubby little arms
encircled his corduroy legs. His wife, with her hair all over her
face, looked up from the couch where she was sitting, with the
half-dressed youngster jumping about on her knees.

“So it is Tom dear,” said his wife cheerily; “but that’ll be all
clear in no time.–Off with you, childer.” And in a trice all the
elder ones were scampering upstairs, laughing with glee, and
carrying the greater part of their garments, of which they had
already divested themselves, with them. “Go you, Polly,” she said
to a girl of perhaps eleven years old, “and tuck ’em all
up–there’s a dear.”

Polly vanished after the rest. Her mother floundered about
collecting oddments for a few minutes, talking volubly all the
time, and giving her husband an amusing and graphic description
of the dowser’s appearance in Gravel-pit Lane. Tom dangled the
baby as he listened, and swallowed his impatience as best he
could, for there were no signs of supper. Annie was incorrigible,
he knew, and he often felt he ought to make a stand against so
much untidiness and unpunctuality; but Annie always disarmed him.
Worn and weary, tired or ill, she always had a smile for him, and
then she had one great and very rare virtue–she _never made_
excuses. She never either denied her faults or tried to explain
them away. Tom, like the vicar, sometimes wished she did, for it
would have given _him_ an excuse for scolding her; but she never
did, and so he learned to put up with it all. And she had also
another rare and excellent gift–she could control the children.
She never “smacked” or scolded them, and she never nagged at
them; but when she told them to do anything, somehow or other,
sooner or later–sometimes, certainly, a little “later”–they
always obeyed, and that without coercion.

In a few minutes there was quiet overhead, for the children were
saying their prayers, and Tom sat down to the table, and ate
heartily of some very good boiled bacon and a mess of cold beans,
washed down with a couple of glasses of fromerty, a drink he had
enjoyed a few years before in the hayfield and having asked and
learned how it was made, had passed his knowledge on to Annie,
who was always quick at anything in the way of cooking, and eager
to add to her store of knowledge in that line, to her husband’s
lasting joy and her own comfort.

“Annie,” he said, when he had finished and she had rocked the
baby to sleep, “I’ve took on as a well hand–leastways I’ve said
I will work with Martin, and I shall go and offer myself
to-morrow at the meetin’.”

“O Tom, I wish you wouldn’t. That’s such terrible dangerous work,
and what ever shall I do if yew get hurt?”

“No more dangerous than many other things. That’s good pay, and
some one must do it. There’ll be a rare job to find the men for
three wells, to be dug at once the doctor say.”

“Three wells at once! well, that is a job! Which’ll yew be at, I
wonder? P’raps they’ll set yew on the one atop a th’ lane. That
‘ud be nice and handy, and yew could run in for yer dinner. And
what’ll they giv yew a day due yew think, Tom?

“I’m sure I don’t know. Not less than three bob, I’m thinking,
and p’raps more when we git down deep.”

“Three shillin’s a day; why, that’s eighteen shillin’s a week,
and us only gettin’ twelve! Why, we’ll sune grow rich like that,
Tom!”

Chapman laughed. There is not much wealth even on eighteen
shillings for a family of ten! But the more the merrier, he said,
when his friends commiserated him for having so many mouths to
fee.

“No,” he said; “I’ve bin after that dowser since I giv up work.
He’s all right up there. I allus said that was th’ right place
for ‘m, though you was so set on keepin’ him here.”

“‘Twasn’t so much that as he wouldn’t go, poor booy. He did beg
me that hard not to send him away, I hadn’t the heart to; and
he’d ‘a bin here now if Mr. Rutland hadn’t come and carried him
away in his own arms. And I’m thankful enough now that I let him
go, for they let me go up and see him this tea-time, and he was
a-lyin’ there so comfortable, with plenty a’ coolin’ drink by his
side, and Mrs. Davies lookin’ after him a lot better than I
could,” said Annie with a sigh; but somehow she was learning to
recognize her own shortcomings, and realizing how unsuitable a
place her cottage was for illness.

“And he say to me, ‘Mother,’ he say, ‘I do very well here; don’t
you take on about me’–for I couldn’t help feelin’ a bit bad
a-leavin’ of him there, in spite of all I see of the comfort
round him. O Tom, the booards was that clean and the room that
sweet!”

“Yis, I know,” said Tom sympathetically; “and let’s hope, now
he’s away, poor boy, the others will escape the fever. Anyways,
the first thing to do is to git pure water, and I’ve set my mind
on that, Annie gal; so don’t yew try to put me off th’ job.”

“No–o, I won’t,” said Annie, as cheerfully as she could; but she
didn’t really like it, all the same, though the eighteen
shillings a week dazzled her eyes.

The next morning Chapman and his mate and some half-dozen other
men presented themselves at the meeting, and were taken on at the
wells. Four of them were sent to the one by the railway station
nearest the village, three were employed to empty one of the
infected wells, and our two friends, Chapman and Martin, were
sent with a couple of men, who had come out from Ipswich, to
start the one over the spring the dowser had marked on the edge
of the common, between the churchyard and Gravel-pit Lane, just
as Annie had hoped.

The well-sinking committee, composed of the vicar, the doctor,
the squire’s agent Mr. Jones, Mr. Barlow, and three of the
principal tradesmen in Willowton, lost no time in setting to work
that afternoon. Boxer, the largest carpenter in the place, got an
order for two cylinders or zones, to be made of the strongest oak
planks, and well clamped, in the fashion of a barrel. These
cylinders, which were, of course, circular, were about three feet
in height, and measured about seven feet in diameter. They were
made with an overhanging edge to hold and retain in their places
the bricks that were to weight them as they sank into the soil;
and a supply of sharp new spades and picks was sent to each
well-side by the village ironmonger. Apparently every one was
going to reap some benefit from this new scheme, and the prospect
of good water, even to the most sceptical, could not fail to be
popular. 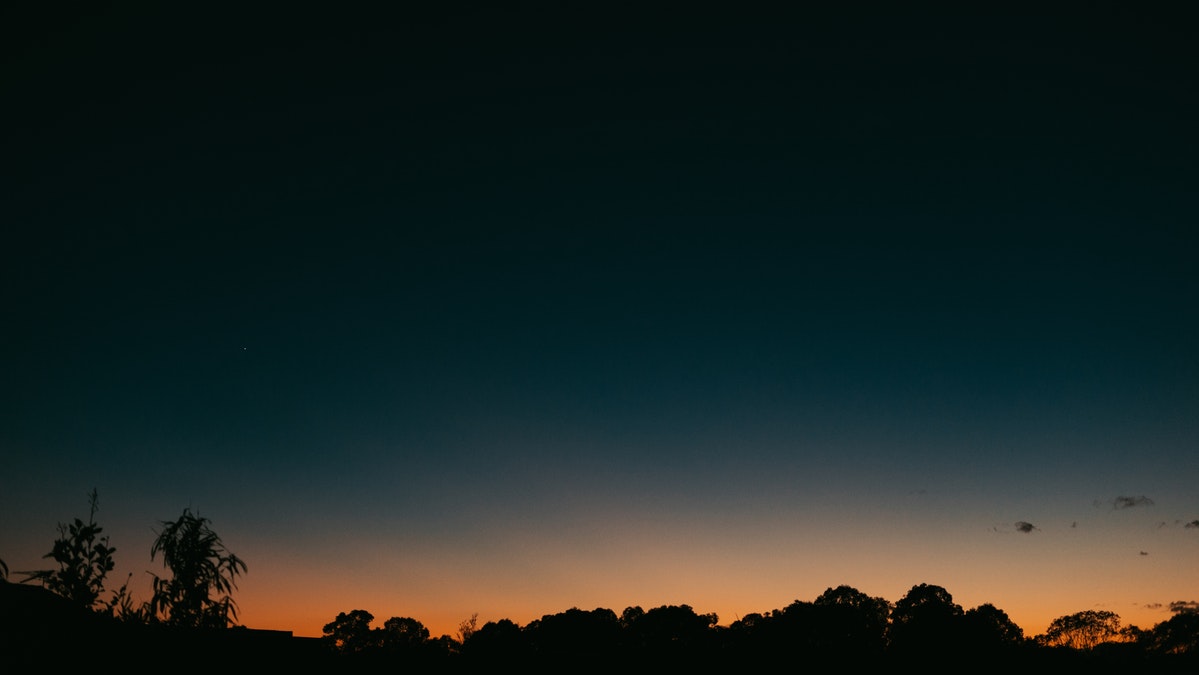 Before the evening was out collecting boxes “For the New Wells”
had been put in conspicuous places on the counters of each of the
shops, and a large one was fastened on to the church door. There
was one placed in a prominent position at the post-office, and
old Jimmy tramped off to the station with the doctor’s
compliments to the stationmaster, and “would he put one in the
waiting-room?” Of course the stationmaster was agreeable to this,
and Jimmy had the satisfaction of seeing the box he brought hung
on a nail near the ticket-collector’s window, and of hearing the
chink of the station-master’s own contribution, and the promise
from each of the two porters of all the money they would get in
tips for the next three days.

“Not that that’ll count for much,” one of them remarked, with a
wink at the old man that caused him to chuckle audibly, “‘cos you
know, master, we be’an’t allowed to take no money.”

Willowton was not a crowded junction, but only a little ordinary
station on the line; yet somehow or other, between them those
porters put nearly two shillings into the box.

For the next few days, whenever the vicar or the doctor showed
himself in the village, he was sure to be stopped and asked for a
collecting-card, and before the end of the week there were
thirty-six cards at work in Willowton. Some wag suggested that
there should be one on the bridge, and that Corkam or Farley
should hang it round his neck with a suitable inscription,
because they were certain to be always on the spot! But Corkam
scowled so at the proposition that what might have really been a
most excellent plan was never carried out: for the bridge, as I
said before, was the central point of the little town, and few
people but passed over it some time in the day; consequently
quite good sum might have been collected if anybody had taken
charge of a box. Corkam apparently did all the good works he ever
meant to accomplish in America, and Farley dared not undertake to
collect without his approval.