Next morning Milly Greenacre was making bread in her little
kitchen at the back of the parlour, when an unaccustomed step
sounded on the gravel-path. It was a shy, hesitating sort of
step, and yet it was unmistakably a man’s. Milly looked through
the door, and saw Geo Lummis bending his head to enter the porch.
She rubbed some of the flour off her arms and bade him enter.

“Is it my grandfather you want to see?” she asked him, with that
modest self-possession that never deserted her. “Won’t you sit
down?” she added, drawing a chair forward.

“No, miss, thank you,” said Geo shyly; “I can’t stop. ‘Tain’t
your grandfather that I come after; I wanted to see the nurse if
I could.”

“I’m afraid she won’t be in this forenoon,” said Milly. “but
will you leave a message with me? I’ll be sure to give it to her
as soon as she comes back.”

“Well, I hardly know as I can leave a message. The truth is,” Geo
blurted out suddenly, with a rush of colour into his fair-skinned
face, “I want to go and help at the well, and I can’t leave
mother. I was going to ask if she could come now for a couple of
hours and let me go. They are wantin’ help badly. I don’t seem as
if I _could_ stay quiet while them pore chaps are underground,
dead or alive; that seem as if we must get at ’em as soon as we
can.’

“When do you want to go?” asked Milly, in a matter-of-fact tone.

“Now, at once, if I could; but nurse haven’t been yet, and
there’s a lot to see to and do for mother, and I don’t ever leave
her till she is put comfortable for the day. I’ve jest run over
on the chance of finding nurse; but if she isn’t here I s’pose I
must jest go back and wait till she come.”

He made a step towards the door. Milly glanced at the clock: it
was a quarter-past ten.

“I’ll come,” she said quietly, “when I’ve finished laying my
bread. If you go on, I’ll be there in twenty minutes, and I’ll
wait till nurse comes, and settle with her what can be done.”

He muttered some incoherent thanks, but they were, except for the
sake of his manners, quite unnecessary. The look of gratitude
that he cast on Milly was quite a sufficient expression of
thanks, as far as she was concerned. As he went out she returned
to her bread-making.

A quarter of an hour later the bread was safe in its earthen pan,
with a snowy cloth laid over it; and Milly had washed her hands,
turned down her sleeves, set a tray on the table in the parlour,
with nurse’s glass of milk and some bread and cheese on it, and
had gone in next door to tell her lame neighbour where she was to
be found, and to ask her to explain her absence to her
grandfather if he returned while she was at Mrs. Lummis’s, and
also to ask nurse directly she had had her luncheon to call in
and tell her what to do. Milly had heard quite enough of the
relations between Geo and his mother from Nurse Blunt to be quite
certain of her sympathy in the sudden impulsive step she had
taken; and she felt sure grandfather would raise no insuperable
objection now that all available hands were required at the well.

So Milly went upstairs and sat down quietly by the bedside of the
sick woman, who was now sufficiently convalescent, in spite of
some serious heart weakness, to take an interest in her
neighbours, and was glad to see the pretty, bright girl she had
often seen and admired at a distance but had never spoken to
before.

“I promised your son to stop till nurse comes,” Milly said
pleasantly, “so I hope you will let me do so.”

The sick woman smiled her willingness, and Geo, with renewed
efforts at expressing his thanks, departed.

In the meantime there was trouble at the well. The work of rescue
had been going on all night, and the men were giving out. Martin,
toil-stained and weary, was still there, but the work was
practically for the time at a standstill. The men were in
absolute need of rest. When Geo reached the scene the director
from Ipswich had given the order for a break-off in ten minutes
for five hours rest. He was surveying, with some anxiety, the
relief men who had arrived in answer to an urgent telegram he had
sent a few hours ago. They were weedy-looking, dissipated
fellows, and to judge by the director’s face were evidently not
the material he required.

“We must do the best we can with what we can get,” he was saying
to the doctor, who stood at a little distance holding his
impatient horse by the bridle. “These men must be kept from the
drink, and then they may do. At any rate, we must take them on
this morning; but what I want is a strong, active, light-built
young fellow, who won’t lose his head in an emergency, and will
do as he is told without hesitation.”

Geo stepped forward. He had been near enough to hear these last
words.

Both men faced round at once, and Geo often told Milly afterwards
that one of the hardest moments of his life was that when he
caught the expression of the doctor’s face. It expressed so much
contempt, surprise, and distrust that he was cut to the quick,
and once more within a few minutes the hot blood surged into his
face. But the director’s words softened the sting,—

“Do? Why, you’re just the man. Who are you, and what do you know
about the work?”

“My name’s Lummis,” said Geo, looking him straight in the face,
but avoiding the doctor’s eye, “and I don’t know nothin’ about
the work; but I heard what you said just now, and I’ll do what
you tell me to.” 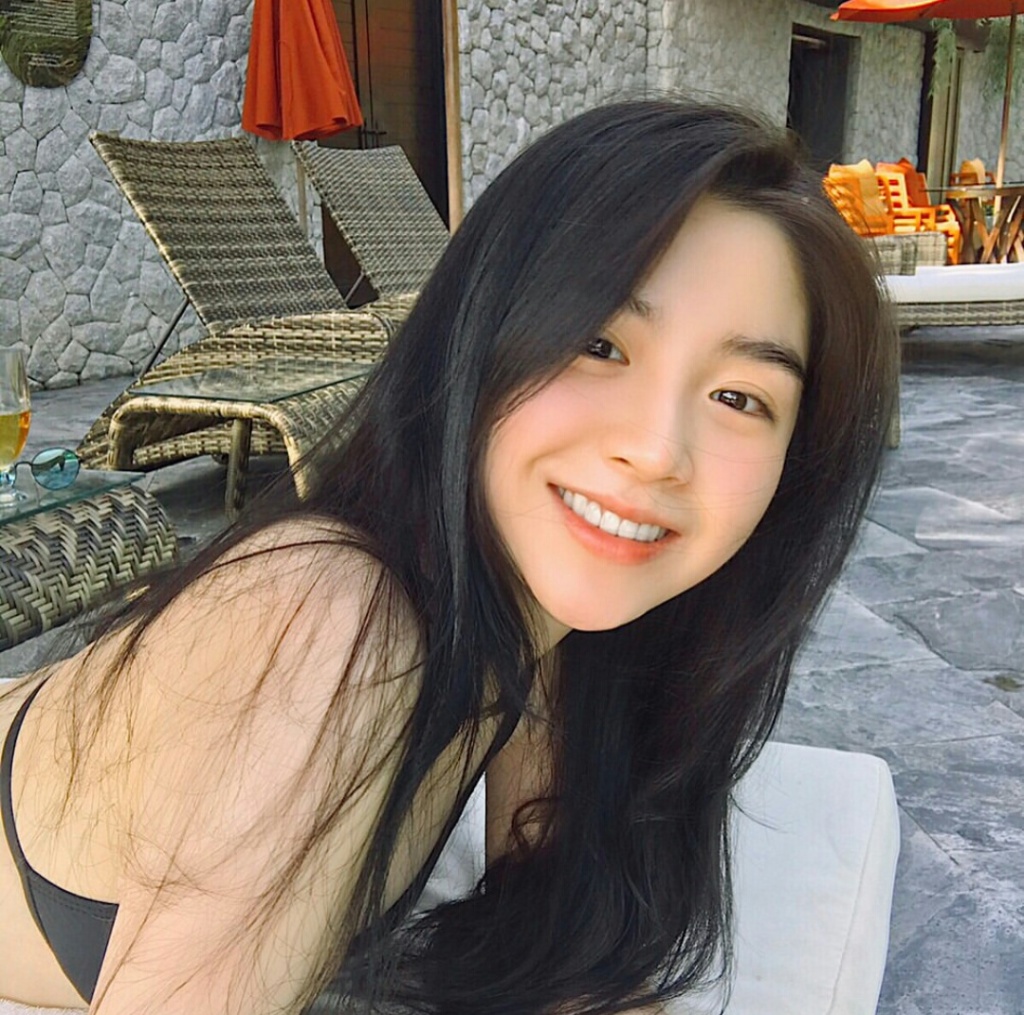 “Never mind about the wages, sir, thank you,” said Geo
respectfully; “whatever you give the others will do for me. I’m
ready any time.”

Geo had his coat off and hung up in the tent in a trice, and was
carefully lowered into the well, seated astride on a board, one
hand on the rope and in the other a pail.

“Now, then, Lummis,” said the director, when he was sufficiently
deep down the reach the _débris_, “hook your pail on to the hook
on your board, and lean over and pick off carefully anything you
can reach. Be careful to bear no weight on anything or the whole
thing will collapse.”

“I understand, sir,” said Geo, his voice sounding strangely
hollow to himself from the depths of the well.

Carefully and dexterously Geo detached bricks, and with a small
scoop ladled the earth into his pail, and as soon as it was
filled he detached it from his board and hooked it on to another
hook that dangled from the windlass; and while it was being drawn
up, emptied and returned, he raised himself to a sitting posture
and stretched his back as best he could, for he had not been long
at work before his limbs ached considerably with their unwonted
toil. Two hours went by, and still Geo worked on patiently, and
often painfully, till the director blew his whistle, and he was
hauled up for a welcome rest. Then one of the other men was
lowered, and so the work went on, and by nightfall an immense
quantity of soil had been removed, but as yet the men below had
given no sign.

It was during this long terrible time of suspense that Mr Rutland
learned part of the secret of Tom Chapman’s love of his
apparently feckless, untidy wife. Annie still remained untidy, it
is true–she had never been anything else–but she certainly was
not feckless.

As soon as it was daylight each morning she appeared, asking only
the most absolutely necessary questions, and receiving the
dispiriting answers without a murmur. At seven o’clock she would
go home, give the children their breakfast, and get them ready
for school; but she was back again at her post before long, there
to wait and do any little kind acts or odd jobs for the men, and
going on any little errands into the village. In spite of her
evident suffering she kept up a brave, even cheerful appearance.
Punctually as the school broke up she went away again for a
couple of hours. The doctor, to his great surprise, found her to
be clever with her fingers, quick to learn how to bind up a cut
or bathe a bad bruise; for the work of the rescuers was no easy
task, and in their determined efforts to let nothing drop they
often did themselves little trifling injuries which were all the
better for being treated at once. Everybody was very kind to her,
and her boy Tom up at the Union was getting through his fever
well. There were crumbs of comfort to be gathered on the way,
and Annie was not the woman to refuse them.

She too had shared the doctor’s surprise when Geo Lummis appeared
on the scene as an eager recruit, but unlike the doctor, she
showed no sign of it; and when Geo stepped into the tent to hang
up his coat, she smiled at him such an entirely approving,
grateful, and encouraging smile, that it for the moment wiped out
the doctors scorn. Geo knew Tom Chapman, and did not care about
him; but for the sake of Tom’s wife, he felt now that he would
risk anything to restore her husband to her.

There are some natures that seem to require some extraordinary
circumstance or moral earthquake to “draw them out.” Geo’s was
evidently one of these. He was being distinctly drawn out
now–the real Geo was bursting out of his chrysalis. Corkam and
“all his works” receded very far as he felt himself swing down
into the well.