It was six months after Mrs Bush had become Mrs Basil Hayle that a
new Governor-General arrived in Manila. Much had happened since the
day when the High Gods at Washington had ordered the Commission not
to prosecute Captain Hayle for the part he had taken in the funeral
at San Polycarpio. There had been scandals and rumours of scandals,
especially in connection with that contract for a road to the hills
which had been granted to the nominees of Commissioners Gumpertz and
Johnson; and though no less than three editors had been sentenced to
long terms of imprisonment, apparently for having discovered the truth,
the stories had quickly found their way to the United States, where
it is not so easy to arrange for the sentence on a journalist before
you even issue the warrant for his arrest. Moreover, not only was the
annual deficit in the revenue increasing, but fresh insurrections
had broken out in two of the southern islands, whilst the sedition
amongst the mestizos in Manila was now apparent to all men.

As a consequence, Washington came to the conclusion that a change was
imperative, unless votes were to be lost in the States at the next
election; so the old Governor-General went home, rich in dollars
if not in honour; and a new Governor-General, who thought little of
dollars and much of honour, came out to take his place, greatly to the
satisfaction of the non-official white population, and greatly to the
grief of Commissioner Gumpertz, who had not yet succeeded in selling
that hemp land on the northern side of Felizardo’s mountains. In fact,
so deeply was he pained, so apprehensive of the way in which true
patriots would be treated under the new régime, that he sent a very
strong remonstrance to the Party managers, who, sympathising with him,
found him a post as one of the auditors of the National Finance,
an appointment for which his gifts and previous training rendered
him admirably suited.

Chief Collector Sharler also left the Custom House at the same time,
having come into a large property from his father. Incidentally, he
obtained a divorce from his mestiza wife, not because he had changed
his opinions on the subject of Racial Equality, but because he had
changed his opinion concerning her, and did not want to take her
and her relations back with him to the United States. Mrs Sharler
herself acquiesced in the arrangement readily, having another
husband in view, so all was for the best. Unlike his predecessor,
the new Chief-Collector had no theories or obsessions; only, he had
a predilection in favour of men of his own colour; consequently, all
the mestizo assistant collectors retired into private life and became
converts to the insurrecto policy; whilst, as was but right, the spoils
of office went to certain faithful, if somewhat obscure, persons,
who had served the party well in the States. Yet, though such a great
clearance was made, the importers remained dissatisfied, and that ugly
word “graft” continued to be amongst those most frequently on their
lips–which goes to show that some people are confirmed grumblers.

Commissioner Furber, on the other hand, retained his office rather
to the regret of the new Governor-General, who did not like him
personally; but, though the Commissioner was fully aware of this
feeling, the fact did not weigh with him in the least degree. There
were certain things he had determined to do before he quitted office;
and, with the obstinacy of a narrow-minded man, he did not intend to
be turned from his purpose.

One of these things was the settlement of the Felizardo question. If
any one else had proved, or attempted to prove, to him that his
first policy had been wrong, Mr Furber would probably have set
his face and continued on the same lines, or would have declined
to have anything more to do with the matter. As it was, however,
it was he himself who had made the discovery of his own mistakes,
and he was sincerely anxious to set these right; consequently,
as soon as the new Governor-General had settled down to his work,
Commissioner Furber laid the whole question before him.

“We have had no fighting now for nearly a year,” he said, “and I
see no reason why there should be any more. We wasted a great deal
of money and a good many lives over it, without injuring Felizardo
in the least–in fact he gained both recruits and rifles–and I am
anxious it should not happen again.”

The Governor-General looked at him keenly. “I have been going into
the matter, and I find that it was you yourself who advised these
expeditions.”

If he expected excuses from the Commissioner, he was mistaken in his
man. “That is so,” Mr Furber answered curtly. “It was my doing. I
was entirely wrong in my policy.”

The other man regarded him with a degree of respect he had never shown
before. “I see. And what do you propose to do now? What do you wish
me to do?”

“I want to make a formal peace with Felizardo. He is an old man,
and he is averse to any further trouble. If we arrange matters now,
during his lifetime, the band will break up in the natural course of
events, as soon as its military character has gone; but so long as
we let the present state of affairs continue, keeping them always on
the defensive, they must be a danger.” 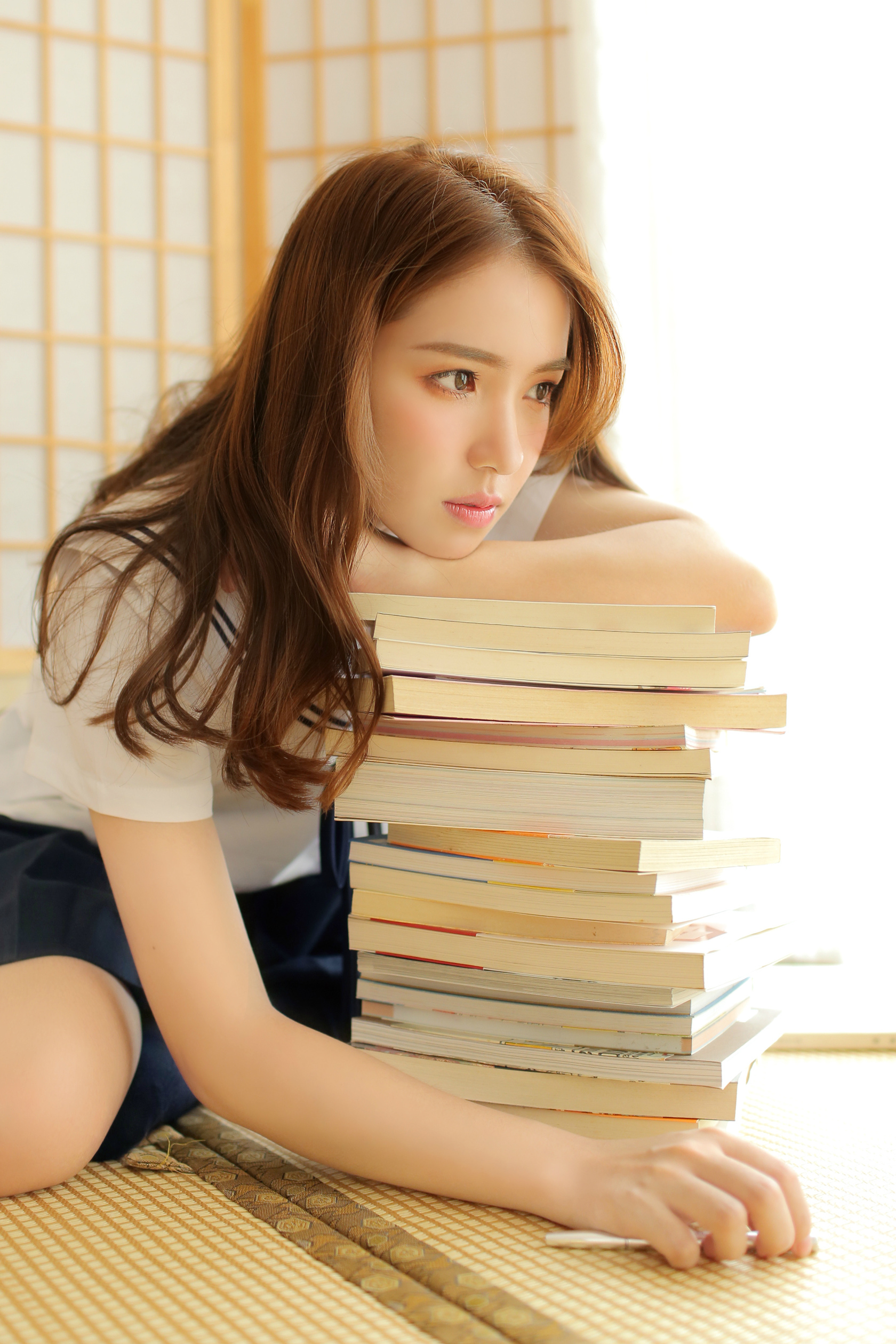 “Who would go out to the mountains and treat with these people?” the
Governor-General asked.

The answer came promptly. “I would, if necessary.”

The Governor shook his head. “It would be dangerous,” he said.

The Commissioner flushed. “I am not afraid,” he answered coldly.

The other hastened to explain. “I was thinking of the possibility
of his holding you as a hostage, and demanding all sorts of
concessions. No, Commissioner,” he spoke decisively, “I will not
consent to that, though I appreciate your offer. Is there any one
else you can suggest?”

“There is Captain Hayle. He knows Felizardo well, and would go
willingly. We can trust to his discretion.” Mr Furber’s opinion of
Basil had changed considerably.

“Where is he?” the Governor asked. “In the States?” He looked
dubious. “That means a great deal of expense. Would no one else do?”

“It would be cheaper than another expedition,” the Commissioner
retorted.

And so, that very day, the Philippine Commission sent a long cable
to the ex-officer of Constabulary whom it had once forced to resign
his commission because he had gone to the funeral of Dolores, the
wife of Felizardo, asking him to return and arrange terms of peace
with the outlaws in the mountains.

As soon as Basil had read the cable he went in search of his
wife. “Shall I go, dearest?” he asked.

She smiled as she saw the eager look on his face. “‘Shall we go?’ you
mean. Of course. I think we owe something to Felizardo.”

The next mail steamer took them to Manila, where Basil had a long
interview with the Governor-General and Commissioner Furber; and then
he and his wife went by launch to Katubig, avoiding Igut because of
its evil memories.

They found Katubig rebuilt, and found also the same old Teniente who
had once sent the Constabulary off on a futile errand. Now, however,
he received Basil as if no such event had ever occurred; and when he
heard of what the business in hand was, he promised to send word to
the old chief, with the result that, on the second morning, Felizardo
himself came in.

“I am glad,” the outlaw said. “There have been many letters between
the Commissioner and myself; but I said always that it must be you
who came to arrange matters, because of the respect there is between
us. So he promised,” which was news to Basil, and would have been
news to the Governor-General.

It did not take them long to come to terms, each side being ready for
a lasting peace. Practically, it came to a general amnesty for the
whole band, and an undertaking on both sides to cease from all acts
of hostility, though, as Felizardo said concerning the latter clause,
“I could fight no more now, because, once the whole country is open
to them, all my young men will go. It is dull work on the mountains
to-day, with no fighting, no outpost duty; and there are few young
women amongst us. There will remain only the old men, who, like myself,
are waiting for death.”

They offered to give him the title of Governor of the mountains, but
he shook his head. “What difference would it make? I shall be the Chief
still until I die. Then they can make a Governor if they wish it.”

On the question of laws, he would not give way, as Basil had
foreseen. “No,” he said. “The Law of the Bolo has served here for
many years; and that, too, can remain in force till I die. After all,
what do we, old men, want with laws?”

So they signed the treaty, which, unlike most of its kind, was destined
to be kept; and then it came to a question of bidding farewell,
which, for Basil at least, was very hard–harder even than when he
had parted from his men at Calocan, for he knew he would never see
Felizardo again. They shook hands in silence, with the grip of strong
men, and Felizardo kissed the hand of Mrs Hayle. Then he turned once
again to Basil, saying:

“May she always be as dear to you, Senor, as Dolores Lasara, for
whose sake I took to the hills, and whom I hope to rejoin very soon,
was to me.” And after that they saw Felizardo no more.