“I can’t go on board now, Spickles,” said Matt Randolph, in a very
decided tone, and with an expression on his manly face which indicated
that he did not wish to go, even if he could.

“What’s the reason you can’t?” demanded Spickles, evidently very much
dissatisfied with the decision of the other.

“Because I have something else to do,” added Matt. “I have to attend to
my duties as closely here as though I were an officer in the navy, on
sea-duty.”

“What’s the use of being tied up as though you were a prisoner at Sing
Sing?” asked Spickles, his disgust apparent on his rather brutal face.
“Your father is as rich as mud, and there is no need of your being kept
in a strait-jacket.”

“I am not kept in a strait-jacket,” protested Matt, very warmly.

“I think you are,” returned Spickles, with a curling sneer on his thick
lips. “When I saw you in New York a year ago, you told me what a big
thing Lake Champlain was.”

“I still think it is the finest sheet of water in the world, and the
region around it is a perfect paradise.”

“Paradise!” exclaimed the visitor from the metropolis. “You said there
was lots of fun to be had here.”

“I find plenty of amusement for all the spare hours I have.”

“After what you said, I kept thinking of this place; and five of our
fellows have come up here, and chartered a schooner for the summer. She
is anchored out in the river; and now that we are here, you will not
even go on board of her,” continued Spickles, becoming more and more
disgusted with the refusal of the captain of the Lily; for such he was,
and his “class in sailing” were about ready to go on board of the
schooner.

“I am the skipper of that schooner you see out in the lake, and I have
to go out in her in a short time,” Matt explained.

“Put it off; let the party wait till you come back,” insisted the
visitor.

“We don’t do things in that way here,” added Matt, with a smile.

“Tell them you are sick, and can’t go,” suggested Spickles.

“You were not always above stretching the truth a little in an
emergency.”

“I am now.” Matt did not blush in saying it, either.

“We are going to stay on the lake all summer, if we don’t get tired of
it,” continued Spickles. “I depended upon having you with us, Matt; for
we don’t know much about the navigation in these waters, though we have
the government charts.”

“I don’t see how you could depend upon me, for I told you that I was
under strict discipline in the Beech Hill Industrial School,” argued
Matt. “I can’t come and go when I will.”

“Confound the Beech Hill Industrial School! Run away from it, and join
our party for the summer.”

“I certainly shall not run away from it, for I am perfectly contented
and happy here,” replied Matt.

“At least you will come on board of the La Motte?”

“She’s the schooner we chartered for the summer, though she’s nothing
but a lumber-vessel fixed up for our use. She sails very well, and is
large enough for a party of ten. We found her at Rouse’s Point. Now,
come on board of her. We have just opened a keg of beer in view of your
expected visit,” said Spickles, in the most persuasive tones he could
command.

“I don’t drink beer,” answered the student of the school.

“You don’t drink beer!” exclaimed the visitor, stepping back in his
apparent astonishment. “How long has that been?”

“I haven’t tasted beer, or any thing of the kind, since I came to this
school, about two years ago,” replied the captain of the Lily.

“Then, it was only because you couldn’t get any beer.”

“Perhaps that is one reason, though I haven’t tried to get any. I had it
all about me while I was at home in New York, but I had decided not to
take any under any circumstances.”

“Then, it is time for you to begin again. Come along, Matt.”

“No beer for me, and I cannot go with you,” added Matt resolutely. “I
made up my mind a year ago not to drink any thing that fuddles, and to
keep out of bad company.”

“Bad company!” exclaimed Spickles, looking earnestly into the face of
his former associate in the city.

“That is what I said; and I advise you to do the same thing, Spickles.
It is best to keep on the safe side of the evils of this world.”

“You are a regular built parson!”

This conversation was continued for some time longer, but the captain of
the Lily remained as firm as the rocks in the quarry above Beechwater.
The visitor was not only disgusted with his want of success in enticing
his former companion to the schooner in the river, but he was offended
at what he considered the stiffness of Matt. When the latter spoke of
keeping out of bad company, he put the coat on, whether he saw that it
fitted him or not.

“You are an out-and-out spooney now, Matt Randolph; and I did not think
that of you,” said Spickles, as the crew of the Lily began to gather on
the wharf, where the conversation had taken place.

“Just as you please, Spickles,” replied Matt, with a smile; and he
seemed to feel that the interview had come to a desirable point, and
that his former associate would drop him from the roll of his friends.

“But I want to look about this place a little before I leave it
forever,” added the visitor. “I suppose I can do so?”

“Certainly, upon application to the principal, Captain Gildrock. He will
show you all over the establishment,” replied Matt. “There he comes, and
I will introduce you.”

The three young men appeared to be about eighteen or twenty years old.
They were dressed in yachting costume, and a person of experience in the
ways of the world would at once have set them down as fast young men.
They were of the reckless order, swaggering, defiant, boisterous. If a
lady had seen them together, she would have taken the other side of the
street.

Captain Gildrock was coming down the wharf, to look after the
embarkation of the sailing-class. Matt Randolph presented Spickles to
the principal, and left the chief of the party to introduce his
companions.

“You are the boss of this concern, I take it, Captain Gilthead,” said
Spickles, suddenly putting on his usual style, and in a sort of
patronizing tone, as if the principal had been a country schoolmaster,
who ought to consider himself honored by being noticed by a young
gentleman from the metropolis.

In fact, Captain Spickles, as his companions on board of the La Motte
called him, was determined to “take him down” a little. The visitor,
after what Matt had said to him about the discipline of the institution,
regarded him with a sort of instinctive hatred. He did not like any one
who disciplined young men. Principals, professors, schoolmasters, were
monsters, ogres, tyrants, whose only mission in the world was to tease,
torture, and torment young fellows like himself.

Captain Gildrock looked at him with a puzzled expression on his
dignified face; though the usual smile when he was in repose, played
about his mouth. He read the young man almost at the first glance; and
if he had considered the popinjay worthy of his steel, he would have
prepared for a skirmish of words with him.

“I said ‘Captain Gildrock,'” interposed Matt, with emphasis enough to
clear himself; for he saw that the fellow had purposely miscalled the
name.

“Mr. Spickles, if you please,” interposed the visitor, who did not at
all relish being paid off in his own coin.

“Precisely so, Mr. Spiddles,” laughed the principal; while Matt had to
turn away to hide his choking laugh.

“Ah, indeed, Mr. Skiggles! Permit me to add that mine is Gildrock.”

“I suppose you are the boss of this concern. Will you show it up?”

“I am the principal of this institution.”

“Possibly I shall be able to entertain these visitors alone, Randolph,
and you may go on board with your ship’s company,” said Captain
Gildrock, a little later, while he was waiting for the young gentleman
from New York to study up his next question.

Matt had twelve students to instruct in the art of sailing a boat, and
he directed them to take their places in the two boats that were waiting
for them.

“Well, boss, we are ready to see what you have got to show,” said
Spickles.

“Well, my young cub, I don’t know that things here will interest you,
but I will show you all you may wish to see,” continued the captain, as
he conducted the strangers to the office, under the schoolroom. “We
register all students here when they come. If they have any money, we
keep it for them in that steel safe.”

“Is that a steel safe?” asked Mr. Spickles. “Upon my word, I thought it
was a wooden one.”

“You thought it was made of the same material as your head; but I assure
you it is not. Nothing so soft would answer the purpose,” answered the
principal, who did not always stand on his dignity, though he had plenty
of it.

Messrs. Chuckworth and Mackwith turned away, and indulged in audible
smiles. Associated with Mr. Spickles, they were often the victims of his
peculiar humor, and they were not at all sorry to have him put under the
harrow. They enjoyed the remarks of the principal more than Spickles
did.

“Then, it is really a steel safe; and I suppose you are afraid the
students will steal your money, or you wouldn’t have a steel safe,”
continued Mr. Spickles, chuckling as though he thought he had made a
pun. 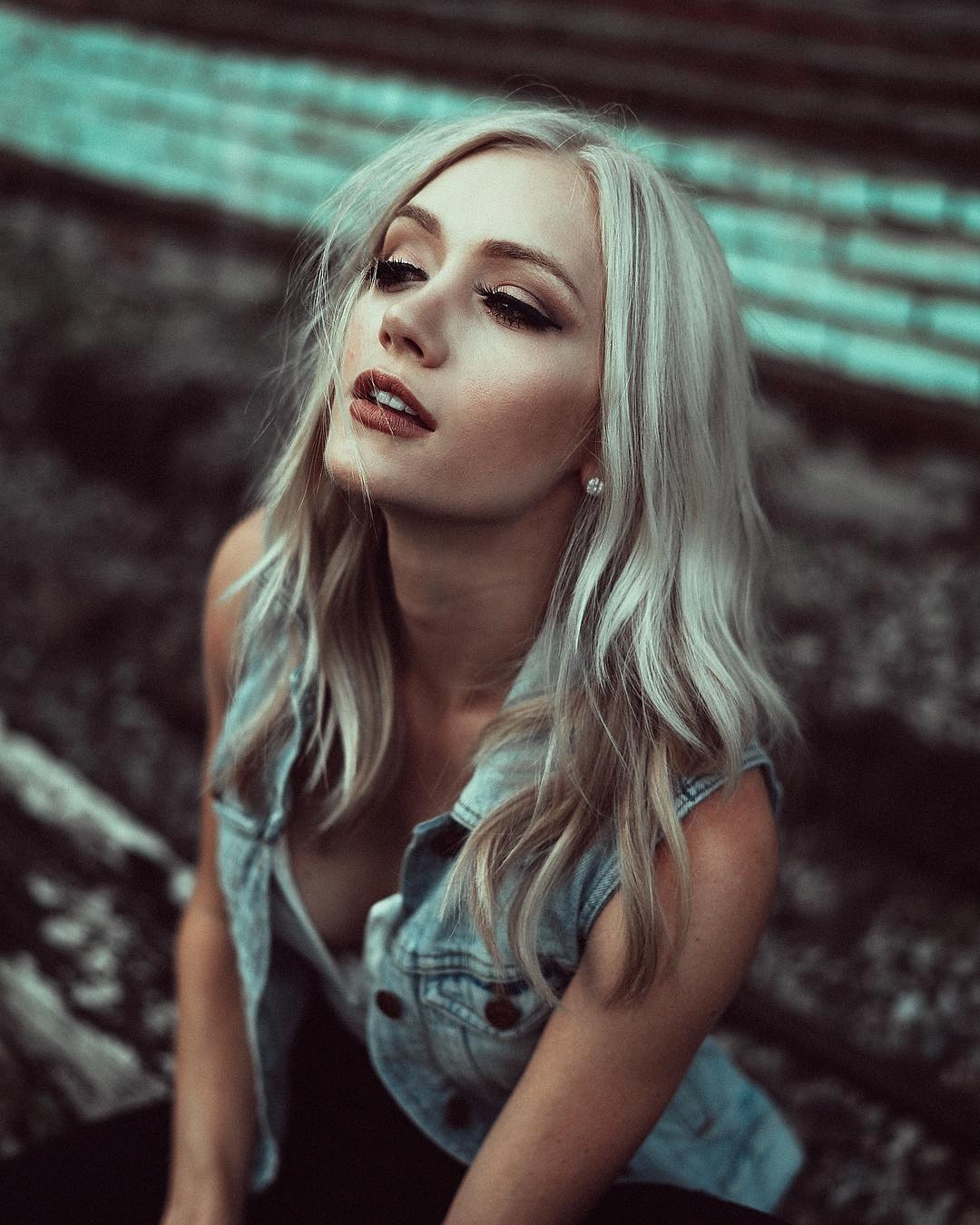 “Well, no; we hardly expect the students to rob the safe, for they are
taught not to steal; but some of these visitors might have a taste for
that sort of thing. I sometimes have a thousand dollars in that safe,
besides small sums belonging to the students. In fact, I believe I have
two thousand dollars in it at this moment: that is the reason why I
prefer a steel safe to a wooden one.”

The principal showed the visitors over the premises, though they took
very little interest in the institution. Spickles indulged in impudent
remarks, which the captain parried in his own way, so that he soon got
tired of making them; for every time he did so, his friends had a chance
to laugh at him, and enjoy the retort.

If Spickles disliked the principal in the first of it, he hated him in
the end. A sharp answer made him mad when they had finished the survey,
and he was so saucy that Captain Gildrock ordered him to leave. He did
not take the hint; and the principal took him by the collar, dragged him
to the wharf, and tumbled him into the boat. The leader of the summer
party vowed vengeance to his companions.