The two oarsmen sprang on board of the La Motte, Chuck taking the
painter. The schooner was not anchored near enough to the island to
shelter her entirely from the fury of the blast, and she was making
rather rough weather of it. The tender banged against her sides, and
Angy was in a hurry to get on board.

“Come, Dory!” shouted he to his prisoner. “Heave ahead, and go on
board!”

Dory tried to stand up, but the uneasy motion of the boat prevented him
from doing so successfully. He was compelled to resume his seat as often
as he tried to do so, or he would have been knocked overboard.

“What are you about, you squillypod? Why don’t you obey orders? I told
you to go on board of the schooner,” added Angy.

“You can see for yourself that it is impossible for me to do so with my
hands tied behind,” replied Dory, in his usual calm tones.

“That’s so,” added Chuck, who stood at the gangway with the painter in
his hand. “No fellow could stand up in that boat with his hands tied
behind him.”

“Do you want me to let him loose?” demanded Angy. “Not if I know
myself!”

“All right; have your own way,” added Chuck.

“Put yourself on your pins now, Squillypod!” said the chief sharply. “I
am not going to fool all day with you. Get on board of the schooner, and
then you will be out of trouble.”

“It is useless for me to attempt to do an impossible thing,” replied
Dory. “The bulwarks of the vessel are three feet above the boat, and I
can’t step that distance. The only way to get on board is to take hold
with the hands, and climb up. I think you can see that for yourself. I
am willing to go on board, and I would do so if I could. It is
impossible to stand up in the boat.”

“Come along and try it, and I will boost you up,” Angy insisted.

“He can’t do it,” added Chuck. “Try to stand up yourself with your hands
free, and you will see how it is, Angy.”

“Shut up, Chuck! If you interfere with me again, I will throw you
overboard. I want you to understand that I am in command here, and I
won’t let any fellow meddle with my affairs,” said the chief angrily. “I
will put another fine down against you.”

“All right; fix things to suit yourself!” replied Chuck, as mad as his
superior in rank. “I have had about enough of this thing, if I am to be
snubbed like a school-boy.”

As he spoke, he spitefully threw down the rope in his hand, apparently
forgetting that it was the painter of the tender which contained his
chief and the prisoner. A swashing wave at that moment took the boat,
and swept it far from the schooner. Then Chuck realized what he had
done, and he made a spring to recover the rope. He saw the end of it
drag over the bulwarks, and drop into the boiling waters.

“What are you about, Chuck?” demanded Angy, overwhelmed by the
consequences of his subordinate’s wrath. “You have turned me adrift.”

Chuck understood this as well as his leader, and he had done his best to
recover the painter; but he was as powerless to do any thing more, as
though he had been on the top of Bluff Point.

“I did not mean to let go the painter,” shouted he; but this honest
declaration did no good at all.

Angy was alone in the tender with the prisoner. He did not blame his own
unreasonableness in trying to make his companion do an impossible thing,
but he charged all the fault upon his mutinous subordinate. But there he
was, and his associates on board of the La Motte could not do a thing to
assist him. The fierce wind was driving the boat away from the vessel,
and the chief must act at once if ever.

He seized the oars with a sort of desperation, as the serious nature of
the situation impressed itself on his mind. He seated himself on the
after thwart, and shipped the oars. The tender had begun to drift stern
foremost; and she had already whirled round once, as the waves lifted
her almost out of the water. The boat was too wide to permit one to row
two-handed with ease, and he had to do his work under a decided
disadvantage.

His first effort was to get the boat head to the sea, and he had nearly
swamped her in his struggle to do so. But he succeeded in the end,
though the tender was half full of water when he got her about. Then he
began to pull with all his might. He certainly made a plucky and
determined attempt to get the better of the elements, though the result
could not be foreseen.

The weather was warm and muggy in spite of the gale, which some
experienced skippers on the lake called a hurricane; and the
perspiration poured in great drops from the face of the desperate
burglar. The rain still fell in sheets, and in a short time the cloud
would cover the water so that he could not see the vessel or the island.
Angy worked as though his salvation in this world and the next depended
upon his success.

Dory was unable to determine whether the accident to the boat was to be
a chance or a mischance to him. The boat was half full of water; and if
the burglar lost his pluck, and gave up rowing, the tender would fall
off into the trough of the sea, and probably capsize again. With his
arms bound behind him, he could not well avoid being drowned, though he
felt that he had some chance of saving himself, shackled as he was. 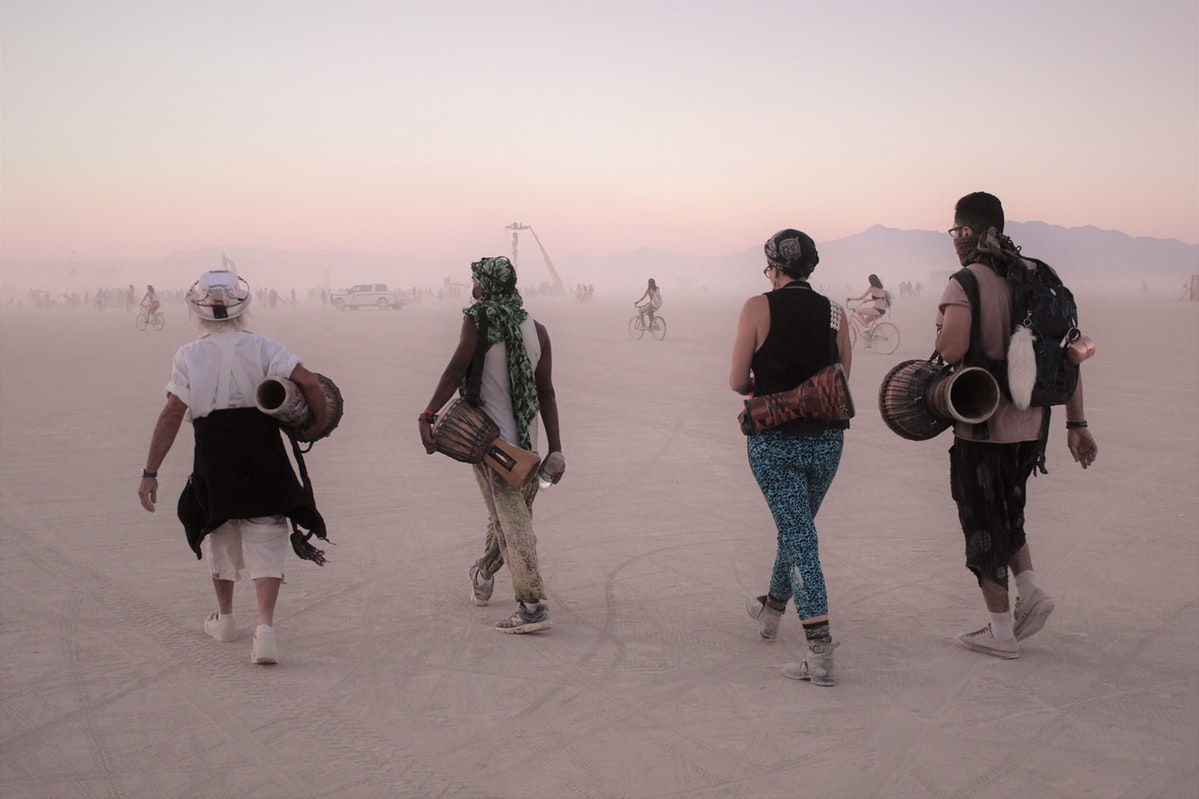 He had lost sight of the island, and the schooner would soon disappear.
He looked behind him occasionally, in order to keep his bearings as long
as there was any thing in sight in that direction. Ahead of him,
although Camp-Meeting Point was less than a mile distant, there was
nothing but the cloud of fog and rain to be seen. He was especially
interested to know whether or not the burglar was making any progress
towards the schooner. He had lost sight of the island, which he could
see when the rower was getting the boat about; and, as the vessel was
seen less distinctly than when he began to pull ahead, he concluded that
he was losing instead of gaining.

The drops of rain and sweat poured from Angy’s face as he struggled with
the oars. Dory admitted to himself that the rower handled his implements
skilfully; but he did not believe any man could make headway against
such a sea, which had considerably increased in force as the boat went
farther from Bluff Point.

It was soon evident to Dory that the powers of Angy were failing him.
Through the spray that beat against the bow of the tender, and dashed
over him, he looked for the schooner, which was almost out of sight. It
was clear enough now, if it had not been so before, that the tender was
losing ground. The strength, and perhaps the pluck, of Angy were giving
out.

Dory watched the face of the chief with increasing interest when the
result of the battle with the elements was no longer a problem to him.
Angy was breathing rapidly, for he had well-nigh exhausted the reservoir
of his breath. The observer came to the conclusion that he had given up
the struggle, and was simply pulling to prevent the tender from falling
off into the trough of the sea. Gradually he remitted his exertions,
until he did only enough to keep the boat’s head up to the sea. Dory
could easily realize that he was considering what he should do.

It did not look as though he could do any thing. Relieved by moderating
his efforts, he recovered his breath, and slowly improved his condition.
Dory was behind him; though the oarsman turned his head often enough to
enable him to see his face, and judge what was passing in his mind. When
Angy had in some measure recovered his powers, he turned more than he
had at any time before, and took a look at his prisoner. Dory was making
himself as comfortable as he could, though this is saying very little.

“See here, Squillypod! I want you to come into the stern of the boat,
for she is down too much by the head,” said he, without suspending his
labor at the oars. “Work yourself aft, feet foremost, and don’t try to
stand up.”

This order looked as though the burglar intended to resort to some new
expedient. Any thing for a change was satisfactory to Dory, and he
obeyed the order. With his foot he removed the forward thwart, on which
the second rower had been seated, and then worked himself past it, on
the bottom of the boat.

“Now stop where you are,” said Angy, as soon as he reached his seat.

Dory obeyed, and remained seated in the bottom of the tender, directly
behind the rower. Then, not a little to the astonishment of the
prisoner, Angy began to untie the cords which bound him. He did the job
by fits and starts, being obliged to use one or the other oar
occasionally to keep the boat from falling off. But he finished the
task, and Dory found that he was free; and it was a delightful sensation
to be able to change the position of his arms.

As soon as he was released, without waiting for any order from the
burglar, he moved aft to the stern-sheets of the boat. While he was
doing so, Angy shifted to the forward thwart, keeping the oars at work
all the time, with hardly a moment’s intermission.

“Now take the other oar, Squillypod!” said the chief, in imperative
tones.

“Where are we to go! None of your business where we are going! Obey my
order, or it will be the worse for you!” returned Angy.

“If you are going to the shore, I will pull the other oar: if you are
going back to the schooner I will not pull a stroke,” added Dory.

“Won’t you?” howled the robber, with an oath which was colder to the
prisoner’s blood than the angry elements. “I will see if you won’t! I am
going to the schooner, and you are going to pull that oar!”

As he spoke, he drew a revolver from his hip-pocket. Dory did not like
the looks of this implement; but he could not assist the burglar to
escape, and he took no notice of it. Angy raised the weapon hastily, and
pulled the trigger. It was soaked with water, and did not go off. Dory
did not wait for a second trial, but threw himself on the robber.