Dory Dornwood and Mr. Jepson watched the movements of the two men on the
rafts as they approached the shore, driven before the strong wind,
though it had ceased to be a furious gale by this time. The La Motte had
swung round with her head to the wind, and the two members of the
Nautifelers Club who remained on board of her had seated themselves on
the taffrail to watch their progress.

“They must understand by this time that something has happened to
Spickles,” said the instructor, as they looked out from their
hiding-place in the trees.

“Who is Spickles?” asked Dory, who had not heard the name of the leader
before.

“He is the fellow you call Angy, and his full name is Michael Angelo
Spickles. The two given names appear to have been used to take off the
curse of the homely last name; but Buonarotti is not honored in his
namesake,” added the instructor, laughing. “I saw him yesterday when he
called at the school, and Matt Randolph told me something about him.”

“I saw the schooner in the river yesterday, but I did not go very near
her. These fellows are a bad lot, and a few years in the State prison
will do them good. I begin to feel as though it were breakfast-time,”
said Dory. “I have had a long tramp this morning.”

“I have the same feeling. But what are you going to do, Dory?” asked the
instructor, to whom Dory had not yet explained his intentions, if he had
any.

“I don’t know yet: that will depend upon what those fellows do. I should
like to get possession of that schooner and the four fellows that belong
to the gang; and I shall be willing to go without my breakfast for the
sake of doing it,” replied Dory. “I should like to sail the La Motte
into Beechwater with these four fellows under the hatches.”

“Do you think of doing any thing of that sort?” asked the instructor,
with no little astonishment on his face.

“Not without your consent and assistance, Mr. Jepson.”

“That would be a rather bold enterprise, Dory.”

“We are only two, and I don’t think of fighting them, or any thing of
that sort; though I am ready to lay hands on them if the chances are in
our favor. I don’t think they are fighting characters, like the one
already captured.”

“But they are not going to give themselves up without some sort of
persuasion.”

“We will persuade them, then, if they insist upon it. There are only two
of them left on board of the vessel. By the use of a little strategy, we
can get on board of the schooner. Then we can watch our chances, and do
what the occasion may require.”

“Very well, Dory: I will assist you. But your uncle will not care to
have you attack these fellows.”

“I don’t know that we shall attack them: that will depend upon
circumstances. I handled the chief of the gang, and I am sure I can
manage any one of the others. They are not more than eighteen or twenty
years old, and I am as heavy as any of them.”

“Then, I ought to be able to manage the second one,” added the
instructor.

“The two who are going ashore cannot possibly get back to the vessel
without a boat; and, no doubt, they count upon finding the one they used
this morning.”

“You must be very careful what you do, Dory.”

“I certainly shall be; but I can’t think of letting these villains
escape, as they may, if we do nothing.”

“One of them has reached the shore,” said Mr. Jepson.

“And the other will be there in a moment,” added Dory, as he rose from
his sitting posture to enable him to see better. “They will make it
their first business to find Angy Spickles. They won’t find him, and
they will do a good deal of looking for him before they give him up. We
will not show ourselves for a while,–not till the two on shore have had
time to go some distance from the lake.”

The second raftsman landed on the beach all in a heap, and the first one
assisted him out of the water. They dragged their floats out of the
water, possibly thinking they might want them again; though they must be
reasonably sure of finding the schooner’s boat.

As soon as they had disposed of their rafts, they started for the point
from which the last call of their leader, as they supposed, had come.
They began to shout as they went into the woods, and in a short time
their voices came to the listeners from a considerable distance.

“Now is our time,” said Dory, as he seated himself in the boat, and got
the oars ready for use.

“That will be the better way. When those on board see the boat coming,
they will think it is their two companions, and they will wonder what
has become of Angy,” continued Dory.

“But if the fellows on shore see us, they will spoil your little
arrangement,” suggested the instructor.

“But they won’t see us. How can they see us when they are a quarter of a
mile off in the woods?” argued Dory.

Both of the rowers gave way, and the boat advanced towards the La Motte.
As soon as the two on board of her saw the tender, they left their
places on the taffrail, and went into the waist, where they could obtain
a better view of the boat. It would be an easy thing for them to
recognize the tender, for, like the schooner itself, it was painted
green.

“I am afraid they will recognize us,” said Dory, “or fail to recognize
their companions, which amounts to the same thing. I am going to take my
coat off, and tie a handkerchief on my head; and you had better do the
same. It will be some disguise.”

This change was made in the appearance of the rowers, and they resumed
their oars. The sea was still heavy enough to require both skill and
strength in handling the boat; but Dory was an expert, and they made
good progress towards the La Motte. The fact that there were only two in
the boat was likely to excite the suspicion of those on board of the
schooner. 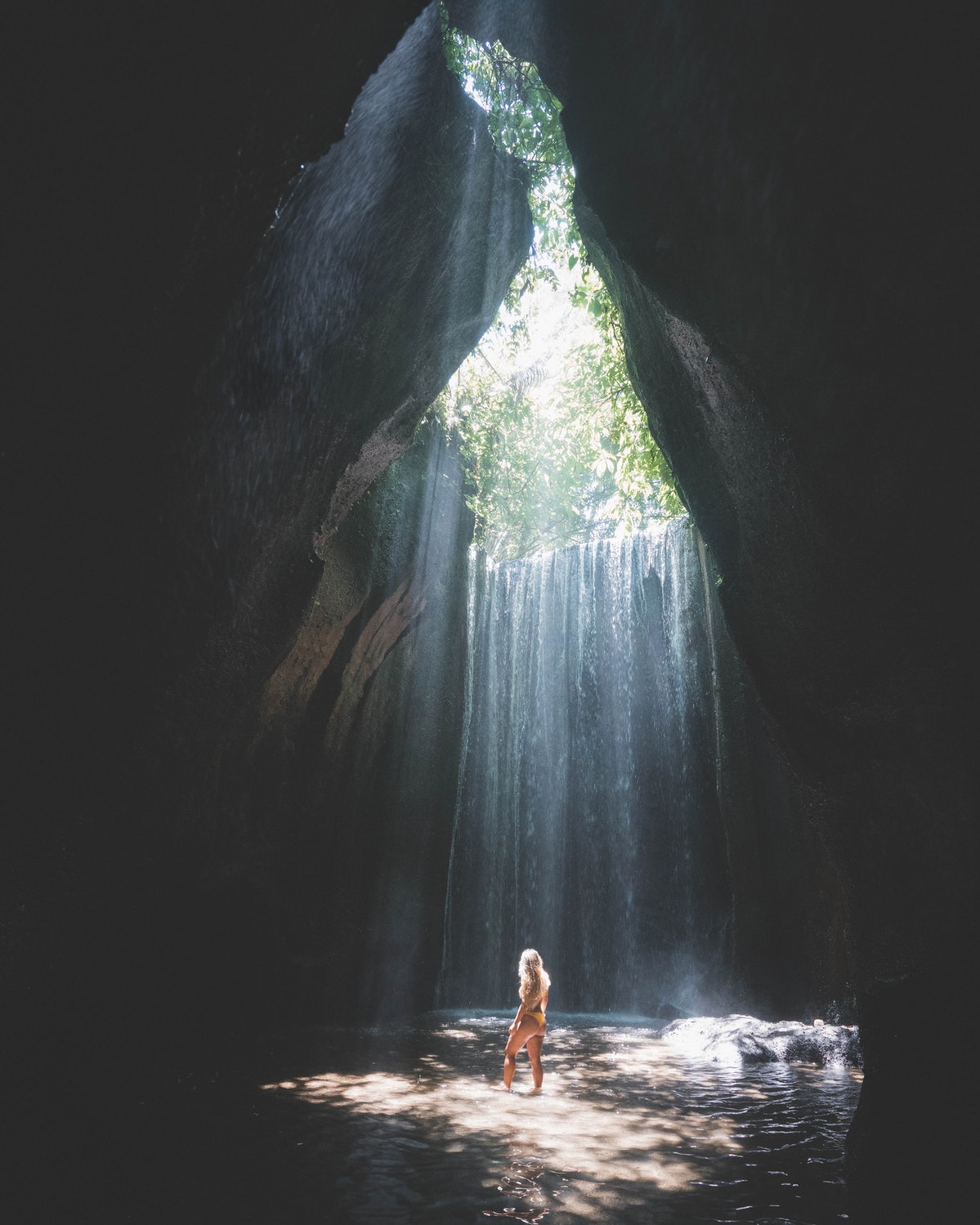 “Where is Angy?” shouted one of them, as soon as the boat came within
hail of the vessel.

Dory did not consider it prudent to answer this question; for his voice
was likely to betray him, or at least to assure the burglars that the
speaker was not one of their number. He had been with them for some
time, though he had been silent.

“I think you had better do the talking, Mr. Jepson, for they will know
me,” said Dory.

“Wouldn’t it be better to do no talking?” asked the instructor.

“We must answer them if they keep hailing us, or they will be
suspicious.”

“Have you seen any thing of Angy?” shouted one of the burglars.

“He is on shore,” replied Mr. Jepson.

“Why didn’t he come off with you?”

“His business was such that he couldn’t leave,” answered the machinist;
but perhaps they did not hear his reply.

The two burglars seemed to be talking together, and the boat was now
almost near enough to hear what they said. Like all the rest of the
intercourse in the party, it was not entirely harmonious, and they
appeared to be disputing about something. As the boat approached the
schooner, Dory told the instructor what to say.

“One of you go aft, and put the helm hard down, and the other cast off
the main-sheet, or you will drag your anchor, and get aground!” shouted
the instructor, as they came alongside of the schooner.

Dory took it for granted that the hands on board of the La Motte were
not sailors; though he had seen enough of their management of the
schooner to convince him that they were not skilful seamen, to say the
least. Both of the men hastened aft, without appearing to understand
that the order given them was an absurd one. With the painter of the
boat in his hand, Dory leaped on board of the vessel, and Mr. Jepson
followed him.

The mainsail of the schooner was furled, and casting off the main-sheet
could not have the least effect upon her; but one of them cast it off,
and the other was at the tiller. He did not know what “hard down” meant,
as no one would have known when the schooner was at anchor.

“Which way shall I put the tiller?” asked the one who was at the helm.

“That’s right as you have it,” replied the machinist, prompted by Dory.

While he was making it fast with the tiller-lines, the other one came
into the waist. Dory turned his back to him, regardless of the law of
politeness. The instructor was a stranger to him; but as he came off in
the schooner’s boat, he did not seem to suspect that there was any thing
wrong.

“Have you seen Captain Spickles?” he asked.

“Yes: we saw him on shore, but he was not ready to come on board,”
answered the instructor.

By this time Dory had worked himself to a position in the rear of the
fellow, who was rather diminutive in form; and he did not lose an
instant in resorting to the tactics of Captain Spickles himself. Placing
his hands on the shoulders of his intended victim, he raised his right
knee to the small of his back, and brought him down with very little
effort. He had picked up a piece of line before, with which he tied his
arms behind him, even before the one at the tiller had noticed what was
going on.

“What are you about there?” demanded the other, as soon as he saw what
had been done, and hastened to the waist.

“Throw up your hands!” said the machinist, as he brought his revolver to
bear upon him.

The weapon had its effect, and the fellow promptly obeyed the order.
Dory secured him as he had the first one, and the business was finished
without disaster to any one. The prisoners were astonished, and it was
evident that they were inferior in force to the other three.