The La Motte, under a reefed mainsail and a single jib, worked very well
in the heavy sea to which she was soon fully exposed when she had made a
short distance from the beach off which she had been anchored. Mr.
Jepson had found some boards under the fore-scuttle in the forecastle,
with which he had covered the hatches. On the top of them he had placed
a plank, used for rolling barrels or other freight ashore, which bore
equally on all the boards. Then with a handspike he worked the spare
anchor upon this plank.

The seven members of the Nautifelers Club were very busy with their
beer. Dory had closed the door of the steerage, and fastened it before;
for he had anticipated, to some extent, the imprisonment of the party in
the cabin. They had not yet discovered what had happened to Sang and
Wick: the beer monopolized all their attention.

The machinist went aft when he had secured the hatchway, and
strengthened the fastenings of the companion-way. As the doors opened
outward, he fixed a wooden brace in such a way that they could not be
moved, while a simple stick of the right length made it impossible to
start the slide.

“I think they will stay where they are for a while,” said the
instructor, when he had completed his precautions.

“We shall not have to keep them there a great while, for the wind is
very lively, and we shall soon get into the river though we shall have
to beat up,” replied Dory. “I should say they can’t get out at the
companion-way.”

“I had a better chance there to work than I had at the hatchway. But in
being on deck, we have all the advantage,” added the machinist.

“I suppose some or all of them are armed with revolvers,” suggested
Dory.

“Probably they are, but they are not in a good position to use them.”

Just at this moment the noise in the cabin suddenly ceased; and a moment
later, there was an attempt made to start the slide at the
companion-way.

“They have finished the keg of beer, I should think, for I doubt if they
would be willing to leave any of it. I will go forward and have an eye
to the hatches,” said the instructor.

“On deck, there!” shouted one of the prisoners, whose voice Dory
recognized as that of Mack.

But the new skipper of the schooner made no reply.

“On deck, there! Open the slide!” continued the successor of Angy, as he
seemed to be.

Dory was entirely willing that he should use his voice to any extent he
pleased, and he gave his whole attention to the steering of the vessel.
Then some of the others began to yell, and it was evident that the fumes
of the beer were producing some effect upon them.

The members of the Nautifelers Club then resorted to feats of strength.
They pulled and jerked and wrenched at the slide and the doors. They
kicked, thumped, and banged; but the slide and the doors resisted all
their efforts,–mainly, perhaps, because they could not get at them so
as to apply all their strength. Whatever the reason they failed to force
a passage to the deck at this point, they abandoned the attempt after a
short time.

Dory could hear them talking together, though he could not distinguish
what they said. Of course, they were discussing the situation, and they
would soon attempt to get out by the hatchway. The skipper did not
expect the fastening of the door between the cabin and the hold would
hold out a great while; for, if it did not readily give way, they would
break down the door.

The noise in that direction assured Dory that they were already engaged
in this work of demolition. A few minutes later the machinist informed
him that the prisoners were in the hold. In the steerage they had an
opportunity to obtain a better idea of the situation when they found
Sang and Wick made fast to the stanchions which supported the berths.
They could not fail to deduce from what they found there, the fact that
Dory and his associate had taken possession of the vessel. By this time
they could not help realizing that they were prisoners themselves. It
would have been easy for them to jump, from all these appearances, to
the conclusion that their leader had come to grief, and had been put in
some secure place. Whether they followed out this course of reasoning,
or not, Dory had no means of knowing.

“On deck, there!” shouted Mack, under the hatch.

“Don’t answer them,” called Dory, in a tone only loud enough for the
machinist to hear him.

The call from below was several times repeated, with the same result.
The ends of the boards the machinist had put over the opening, rested on
the combings of the hatch; but they were not matched so that there were
no cracks between them. In some places, there were apertures of an inch
or more in width. The sentinel over this possible egress could hear all
that was said by the prisoners. Sang and Wick had been released, and he
heard them give all the information in their possession to their
associates; but they could not tell what had become of the chief of the
club.

“They are getting ready for operations,” said Mr. Jepson, after some
time.

“All right; and if they are likely to be too much for you, let me know
as soon as possible,” replied Dory, as he tacked, and headed the
schooner towards the entrance of Kingsland Bay.

“But you can’t leave the helm,” suggested the machinist.

“I shall keep the schooner near the shoal water on this side of the
lake; and if you want me, I shall haul down the jib and anchor,” added
Dory.

At this moment Mr. Jepson made a sharp hit with a stick he had found on
the deck, at the boards which covered the hatch. A hideous yell of rage
and pain followed the blow. Dory could understand, without an
explanation, that one of the fellows below had thrust his fingers
through one of the openings between the boards, and that the machinist
had rapped them with his weapon.

“That was Mack,” said the sentinel, who had learned the sound of his
voice by this time. “He will have a lame hand.”

Then a lively sound of snapping boards came up from the hold; and it was
clear that the desperate prisoners were tearing down one of the bunks to
obtain the material of which they were built, for use in the next
operation, whatever it might be. The machinist divined the purpose to
which the pieces were to be applied. He looked about him for the means
of meeting the new attempt. There was an axe in the waist, which had
been used in cutting up fuel for the cook-stove in the cabin.

The machinist took possession of it, and rushed back to his post. At
every opening between the boards, a stick was thrust through, and the
prisoners were trying to pry apart the pieces that covered the hatch.
With a blow of the axe, the instructor broke off every end that came
through. It was lively work for him for a few minutes; but not a single
lever of the half-dozen used, could be made to accomplish any thing.
This attempt was a failure, like those which had preceded it.

A silence of some minutes followed, and then Dory heard the voices of
the party in the cabin; but they were more quiet than they had been at
any time before. Doubtless, things were beginning to look more serious
to them. The boards at the hatch had been tested; and, when the
prisoners left the hold, the machinist joined the skipper on the
quarter-deck. The party below did not seem to be doing any thing; but
presently there was another demonstration at the hatchway, and Mr.
Jepson rushed forward to repel any attack in that quarter.

The sticks were brought into use again, and the machinist was kept busy
breaking off the ends of them for some time. Dory watched him with
interest until he heard a strange noise behind him. When he turned to
see what it was, he discovered Mack in the act of coming over the
taffrail to the deck. He had only time to take a turn in the tiller-rope
he had held in his hand to assist him in holding the helm, before the
robber rushed upon him.

“I have got at you at last, and we will settle it here and now!”
exclaimed Mack, as he threw himself upon the skipper.

Dory had expected to see a revolver staring him out of countenance, when
he discovered the approach of his assailant, and he had put his hand on
his own weapon. But when Mack sprang upon him, he was ready for him. It
was a short struggle, though a very violent one; and Dory held his man
by the throat till the machinist came to his aid. Together they tied his
arms behind him, and rolled him into the scuppers.

During the brief absence of the instructor from his post, the prisoners
made some progress in enlarging the openings between the boards; and, if
their work had not been checked, they would soon have made their escape.
A part of them appeared to have been sent there to make a diversion for
the benefit of those who were to operate at the stern.

There were two stern windows to light the cabin, and there was no
skylight on deck. The prisoners had removed the sash, and one of them
had reached the deck in this way. Dory had no doubt the rest of them
would follow their leader; but, as they could come only one at a time,
he thought he should be able to take care of them, with what assistance
Mr. Jepson could give him. It must take some time for each of them to
crawl through the small window,–which did not seem to be large enough
to admit the passage of a man,–and more time to climb to the deck after
they got out; so that they were not likely to have to deal with more
than one at a time. 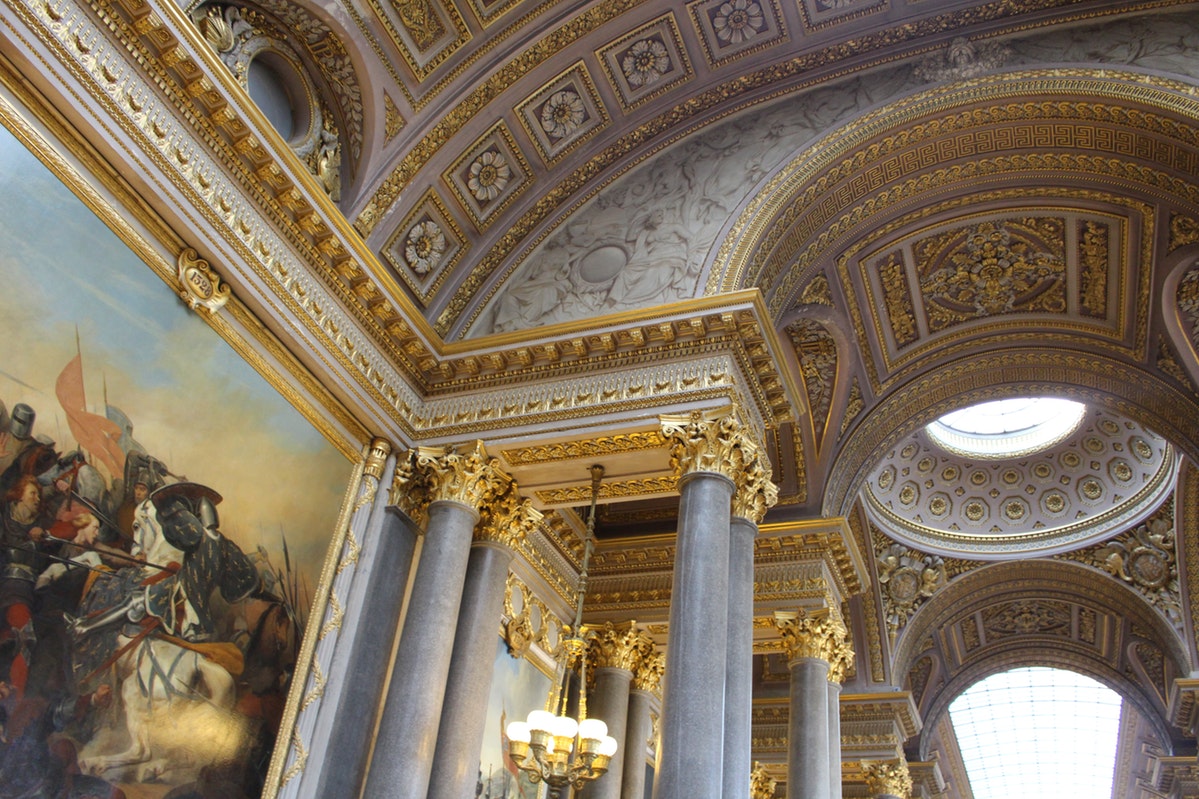 The skipper found that he could leave the helm for a minute or more with
the tiller lashed, and he went to the taffrail to see who was coming
next. Mr. Fred Ripples had just worked his body through the window, and
was ready to ascend to the deck.

Dory picked up one of the hard-wood sticks, which the members of the
club had used as canes, he thought, and, after adjusting the helm again,
returned to the taffrail. Ripples had got hold of the woodwork above
him. Dory used his stick, and the new-comer dropped into the lake.